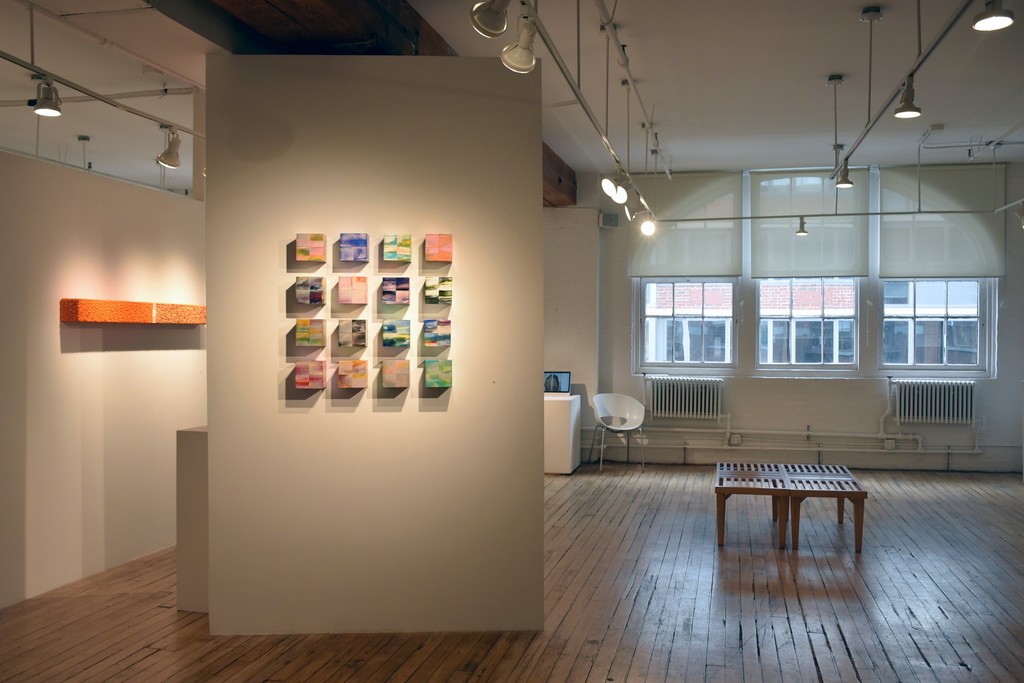 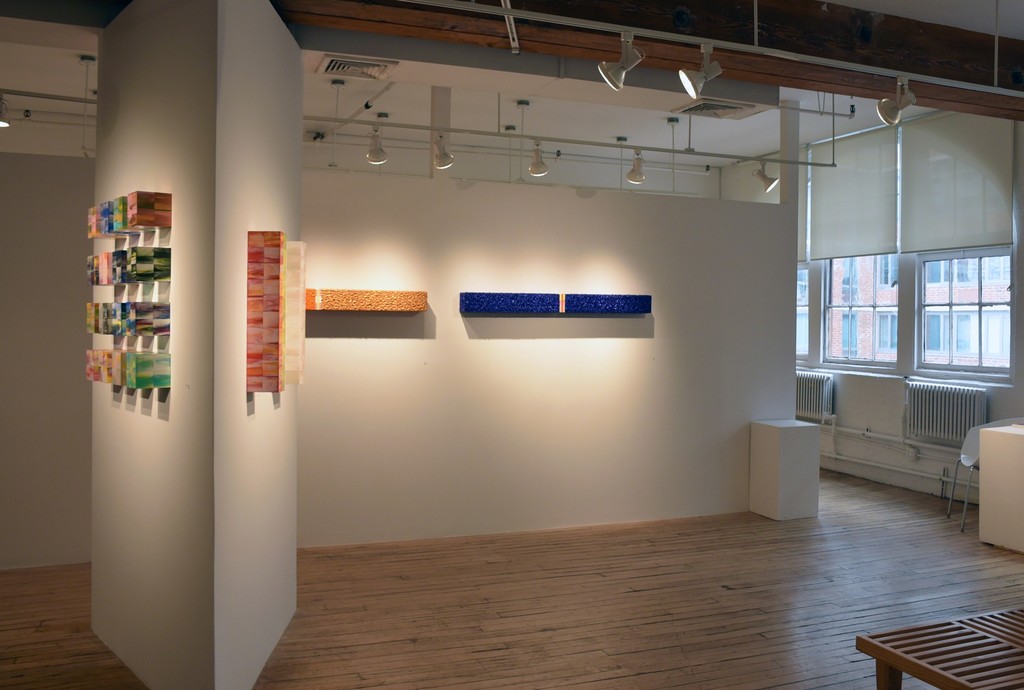 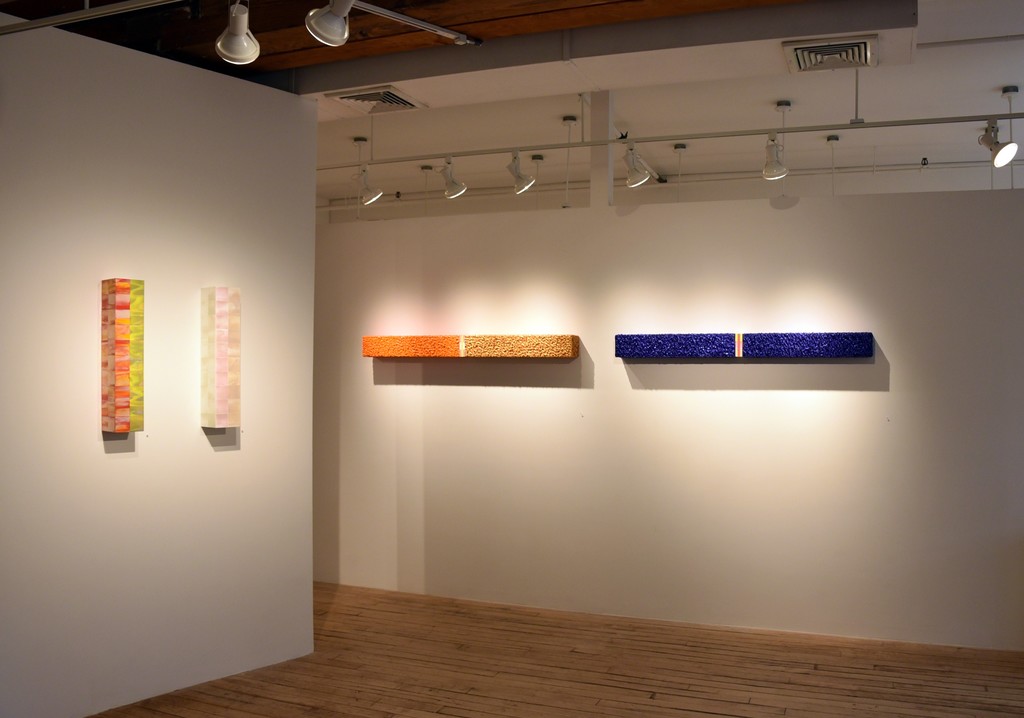 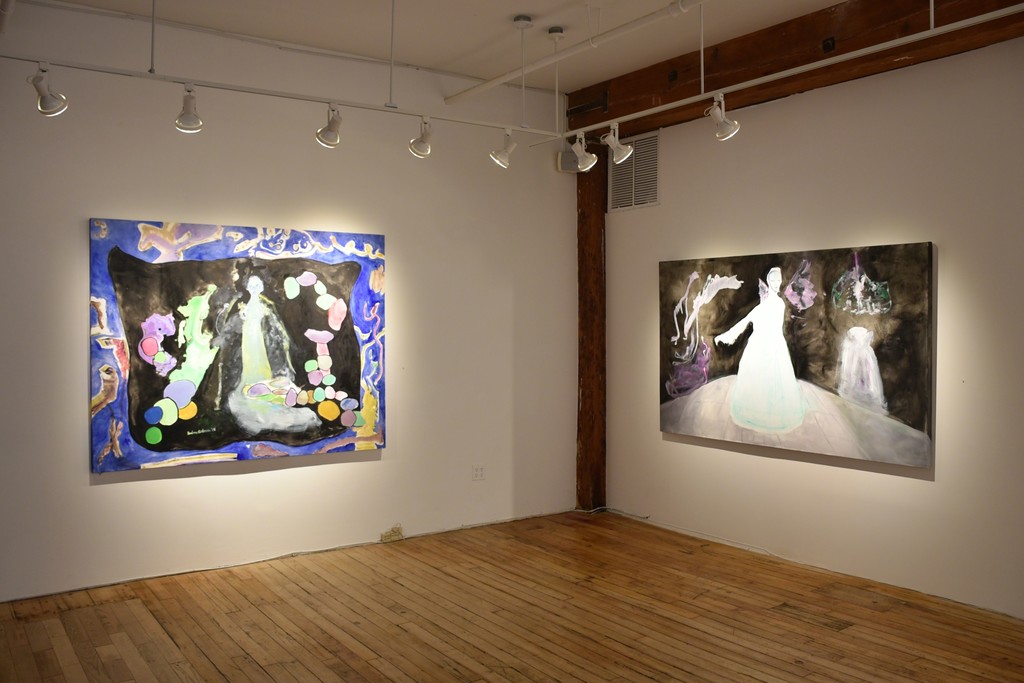 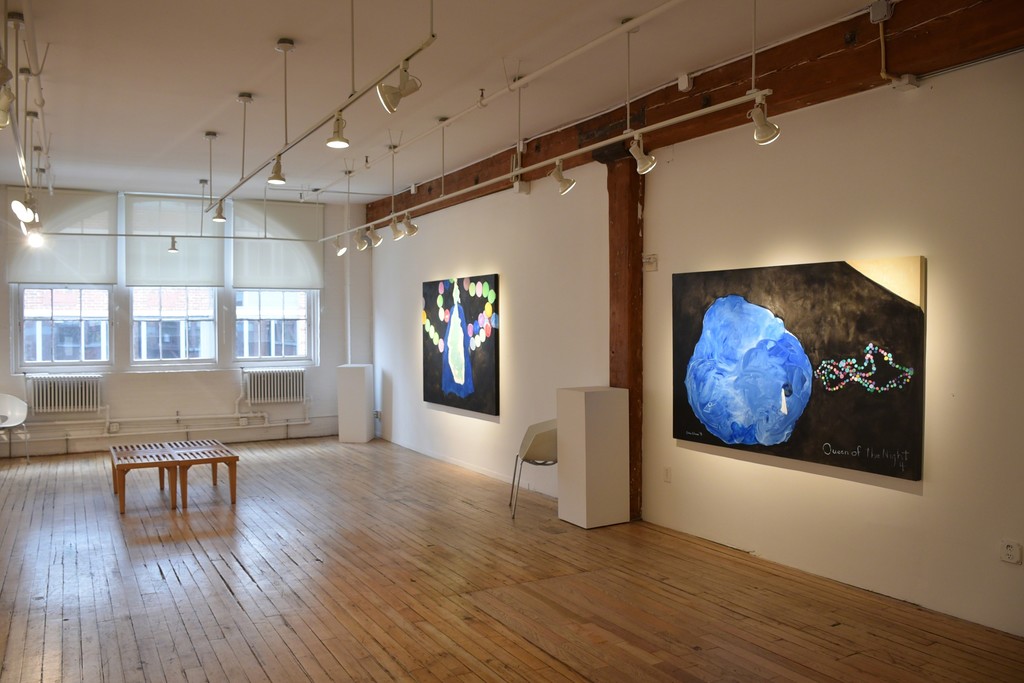 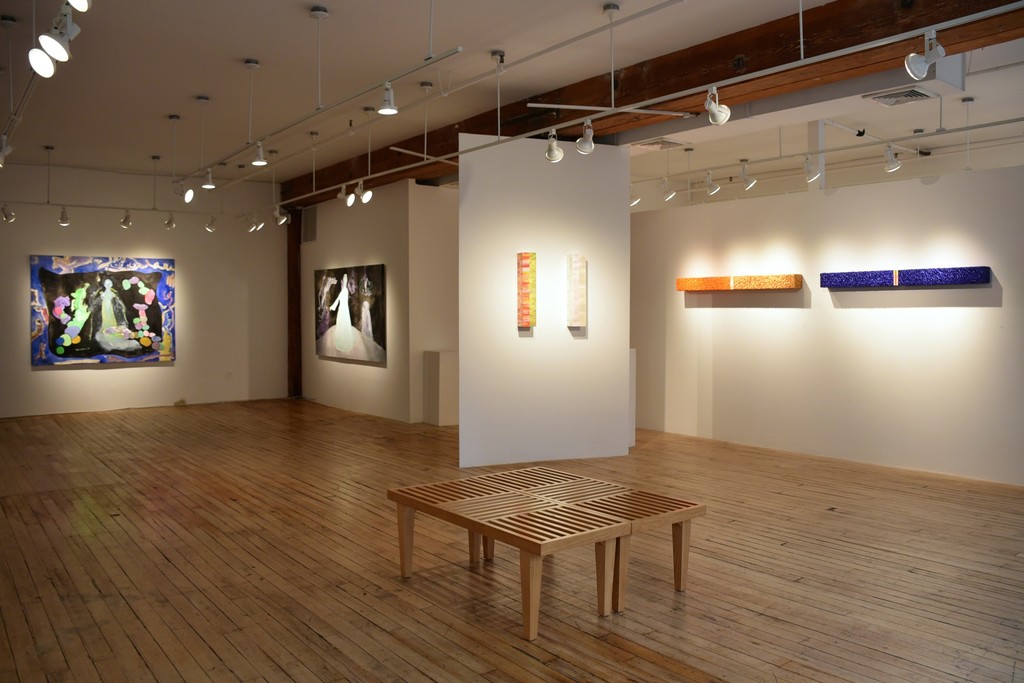 In the exhibition Painted Verse Barbara Coleman presents large abstracted paintings that harness contrasting elements into harmonious visual experiences that are at once lyrical and joyful, yet full of depth and complexity. The pieces featured in the exhibition are part of her series entitled Queen of the Night, that depict ghostly figures juxtaposed with abstract organic curves and calligraphic forms as illuminating counterpoints to the geometric and angular shapes. These gestural forms are at times slow and expressive and in other instances pure bold bravado. Coleman’s palette is both vibrant and nuanced. She uses both color and brushwork to impart sensations of fluctuating opacity and translucency. Her use of shape and tone communicate a sense of depth and movement. All of these elements converge in a perfect balance for an elaborate visual journey.

Barbara Coleman, born 1937 in New York City, attended Marymount College on an art scholarship, and also studied at Hunter College. As a student of Mark Rothko, she was influenced by Willem de Kooning, Joan Mitchell, and contemporary Japanese art. Possessing the true spirit of an artist, she has spent her life engaged in the arts. In addition to working on her own paintings, she was also one of the founders of the feminist art gallery Soho20. Coleman was the first artist to exhibit her work in a solo show at the new Carter Burden Gallery space in 2013. In addition to solo and group exhibitions, her work is held by museums, corporate and private collections.

In his first exhibition with Carter Burden Gallery, Steve Silver presents works from various series using interference acrylic paint to create iridescent and brilliant wall mounted geometric sculptures that protrude off the wall. His works featured in Painted Verse are lustrous and complex in both color and texture. Influenced by Georges Braque, a founder of the Cubism art movement, and Googie architecture, Steve Silver’s particular use of compartmentalization and space age aesthetics developed into a distinctive body of work. Silver states, “The satisfactions of painting are so great it seems like it must be some kind of illegal activity.”

Born in the Bronx in 1947, Steve Silver received a BA in English at Adelphi University, where he studied literature and wrote poetry. He also attended the Universidad Iberoamericana in Mexico City and was a visiting artist at Escola Massana in Barcelona, Spain. He has exhibited in numerous solo and group exhibitions around the world including: O.K. Harris and Sideshow Gallery in New York City, Galerie Beck and Eggeling in Cologne, Germany, Galeria Horizon in Colera, Spain, Galerie Adlergasse in Dresden, Germany and many more. Silver was the recipient of the Change Inc. Grant in 2003. His work can be found in the public collection of the University of Florida in Gainesville.