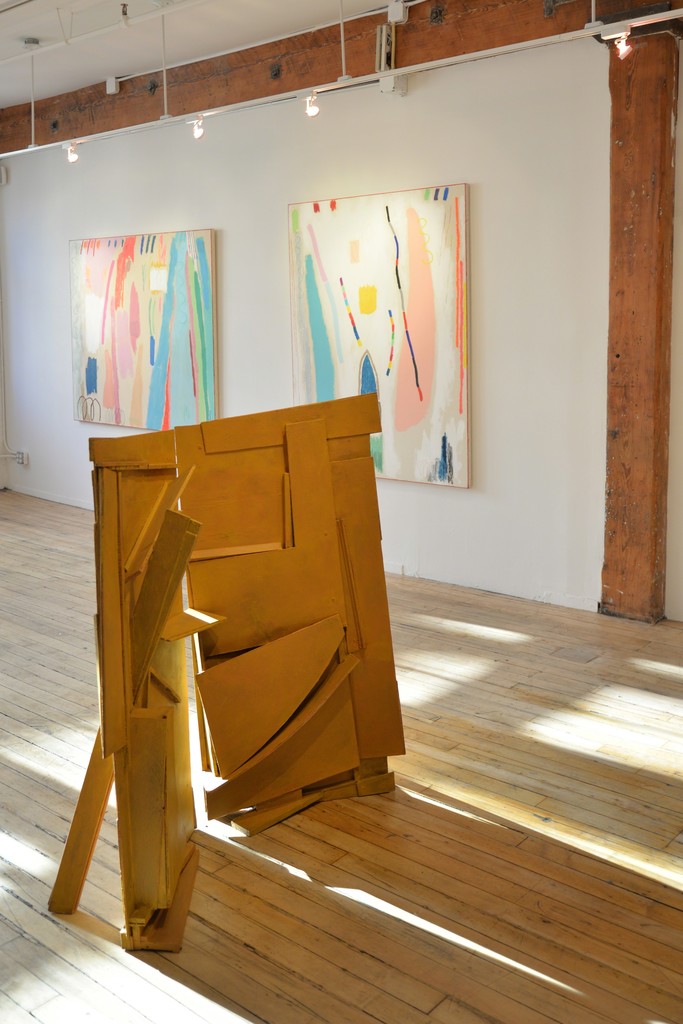 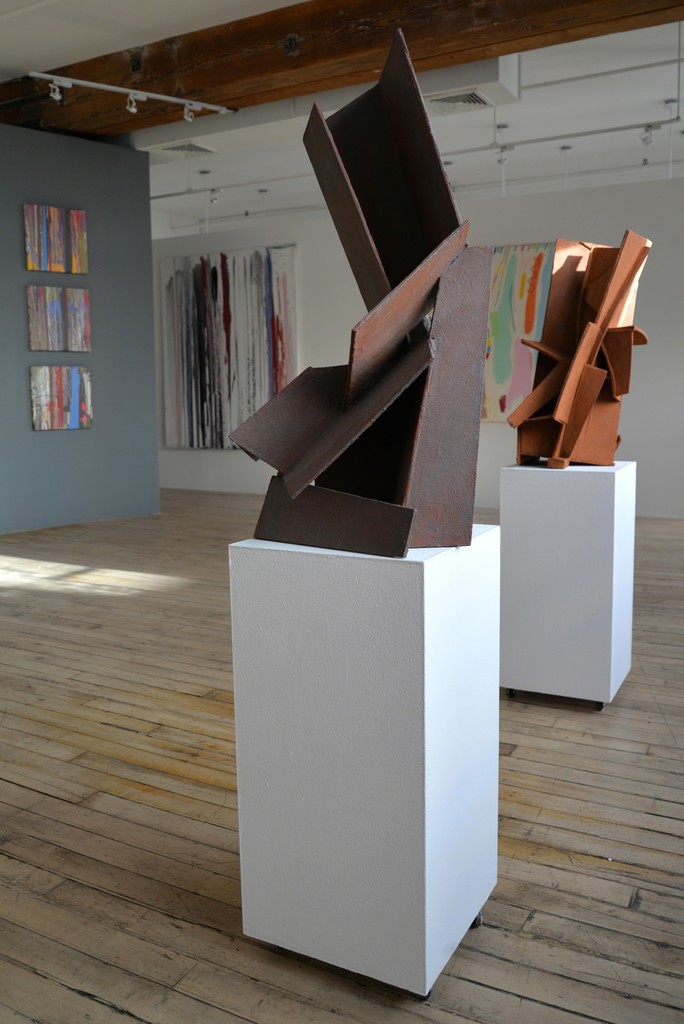 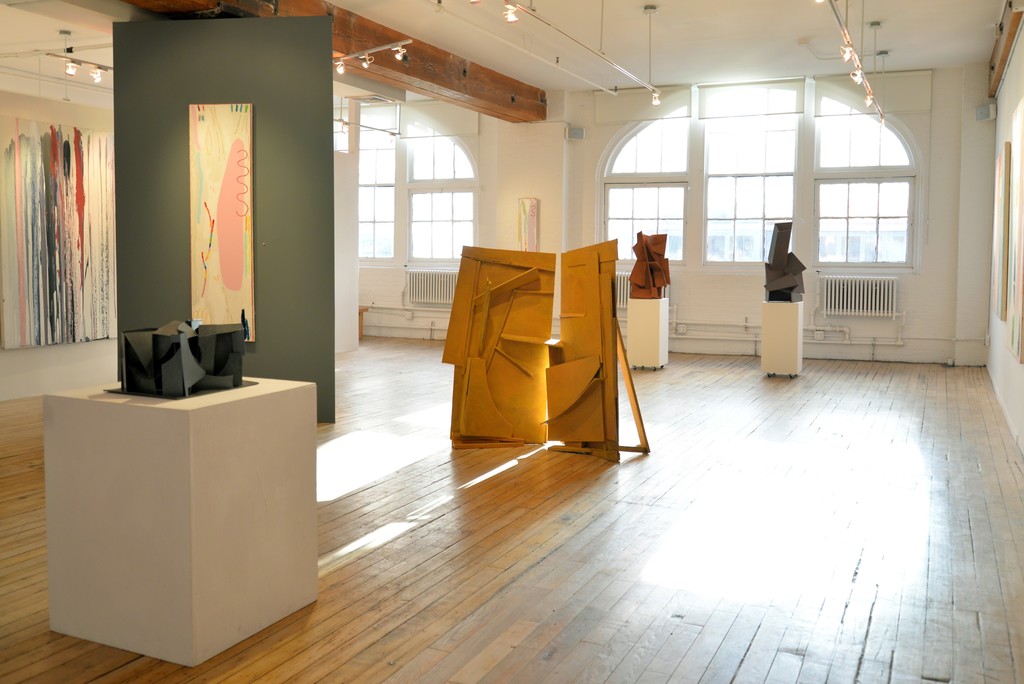 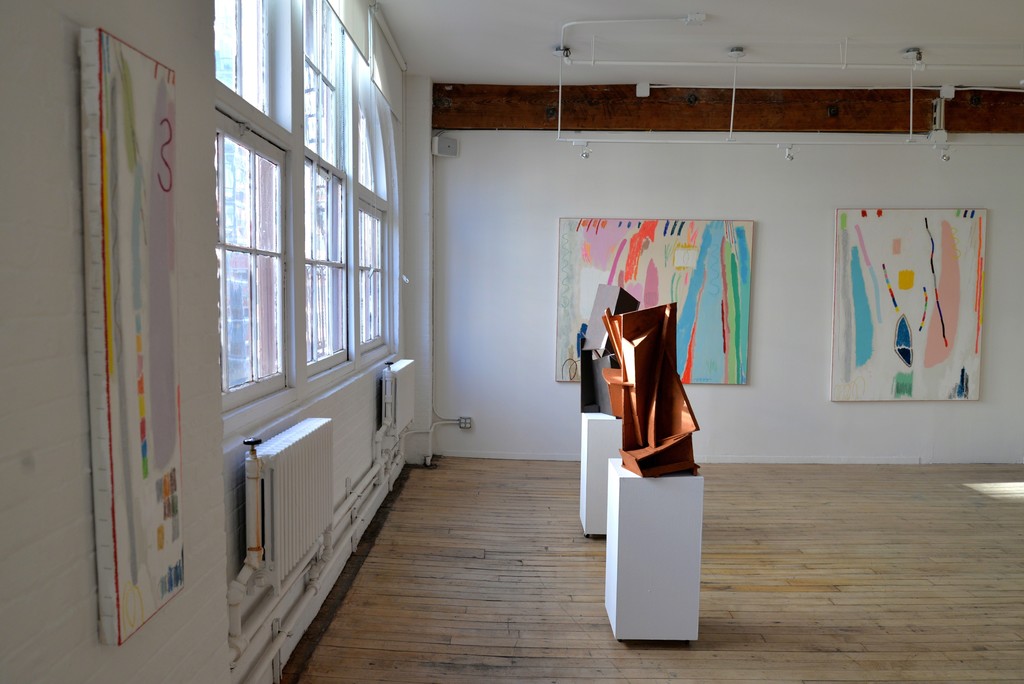 In Recent Work, Mike Filan presents recent abstract paintings on canvas for his second show at Carter Burden Gallery. By not using brushes, Filan pushes the enamel paint and spray paint to create a new visual vocabulary of vertical drips and splashes. Filan thrusts Jackson Pollack’s abstract expressionism into the present day with visual waterfalls of bright candy colors. The layers of paint build complex surfaces that create a visual push and pull. The physical movement of the paint frozen on the surface of the canvas suggests the inevitable weight of gravity. Filan states, “Within the context of abstraction, I am constantly inventing a new vocabulary that employs gesture, form and notation. The intensity of color is used as a mystical guide that leads me through the creation process.”

Mike Filan’s artwork has been featured in solo and group exhibitions in galleries and museums including the Jane Voorhees Zimmerli Art Museum of Rutgers University; the Koussevitzky Art Gallery of Berkshire Community College in Pittsfield Massachusetts; the JMS Gallery in Philadelphia; the Nicholas F. Rizzo Gallery in Chatham, New Jersey; the Art Factory in Paterson, New Jersey; and the Berlin Kuntsproject in Germany. In New York City, he has exhibited at Artists Space; Bronx Museum of the Arts; Atrium Gallery of LaGuardia Community College; Landmark Gallery; Lobby Gallery of the Durst Corporation; Mary Anthony Gallery; and Shirley Fitterman Gallery of City College University of New York. His work is in corporate, public and private collections, including those of the Borough of Manhattan Community College, Pfizer Corporation, Virginia Center for the Creative Arts, Colgate Palmolive Corporation, and Sally Bingham.

In Recent Work, Judy Glasser presents recent abstract wooden sculptures for her first show at Carter Burden Gallery. Each of Glasser’s organic albeit geometric sculptures are monochromatic disparate pieces of cut wood. The artist has reassembled the shapes of wood from work that was previously taken apart. The evidence of the original configurations is visible in the scars, rips, and gouges on the wood that resulted from prying off the glued and nailed shapes. Glasser states that the “marks retained the outlines of the original composition. The outlines became a secondary composition within the paintings.”

After receiving her graduate degree in ceramics from Columbia University, Judy Glasser traveled to West Africa, Japan, Latin America, and the former Yugoslavia. Her interest was in studying traditional arts. These experiences, including her interest in folk and regional dancing, have strongly shaped her work. Her ceramic work was shown nationally in galleries and museum shows. In 2008, Glasser went back to art school to study painting and mixed media. She recently completed studies at the Art Students League, the School of Visual Arts, and 3rd Ward. She received the Nessa Cohen Grant in 2008.

Mitchell Lewis studied painting at Hunter College in New York City, earning a BA and MA under the tutelage of Ralph Humphrey and Robert Huot. Originally trained in the minimalist school of painting in the 1970s, he was influenced by artist lecturers at Hunter, including Robert Motherwell, Helen Frankenthaler, and Tony Smith. After starting out as a hard-edge geometric painter, Lewis spent the last 40 years freeing himself from those constraints and exploring his intuitive nature. He has exhibited in New York, including in shows juried by curators from the Whitney.