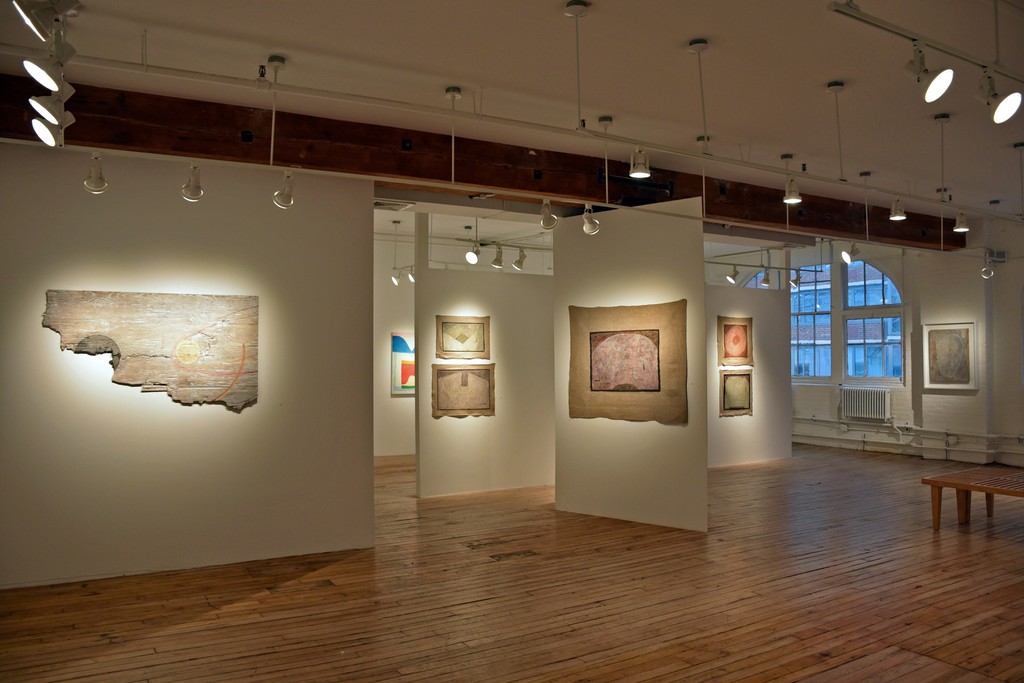 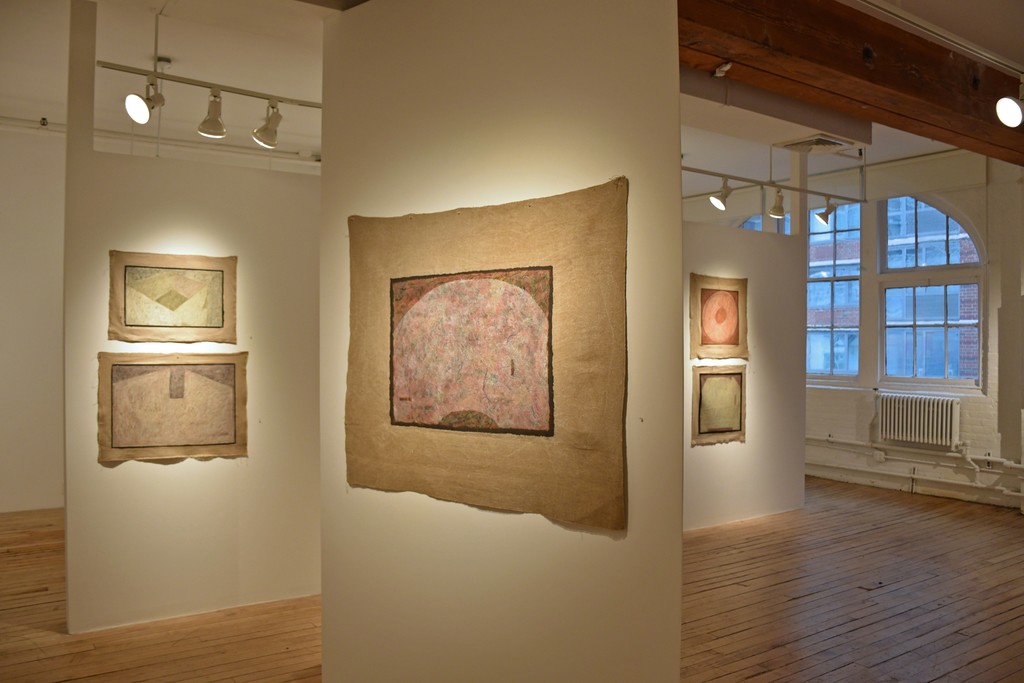 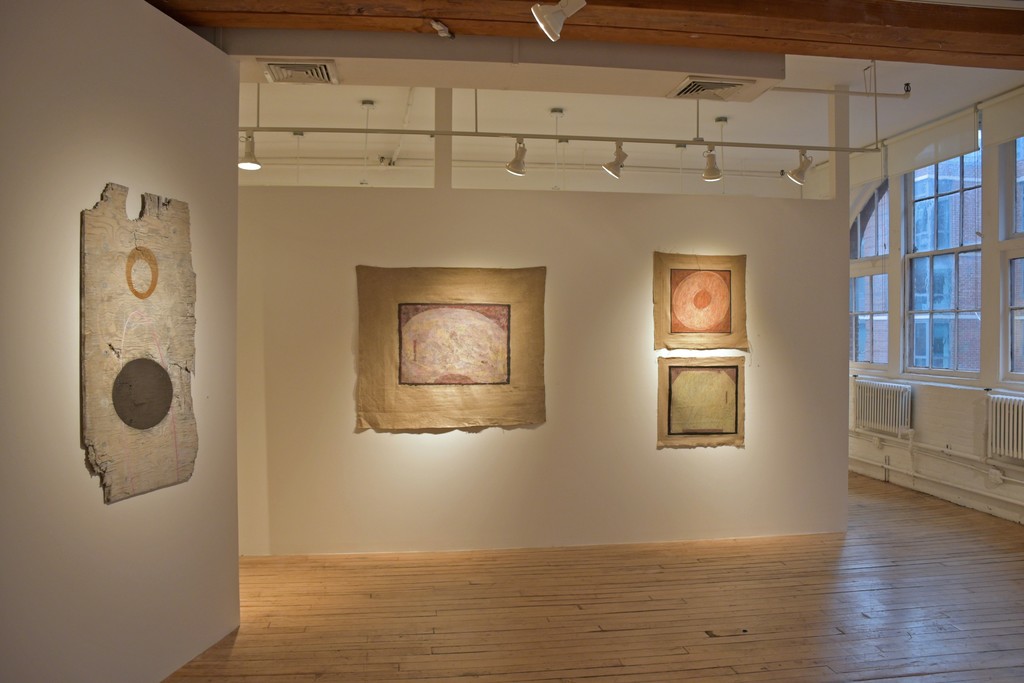 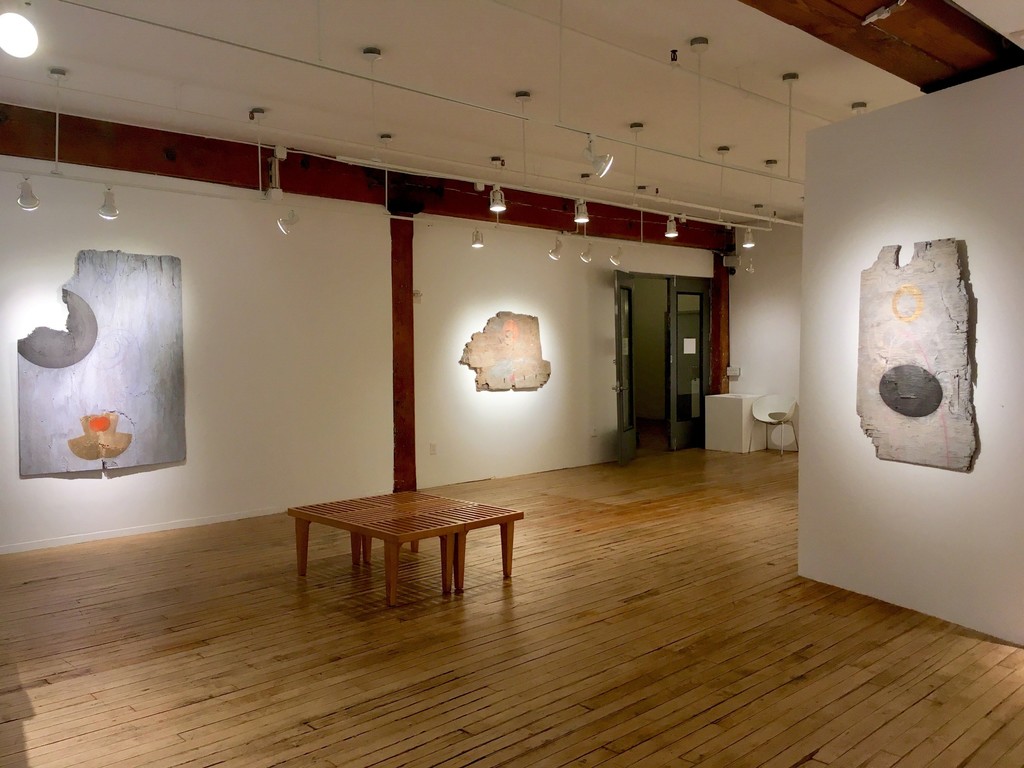 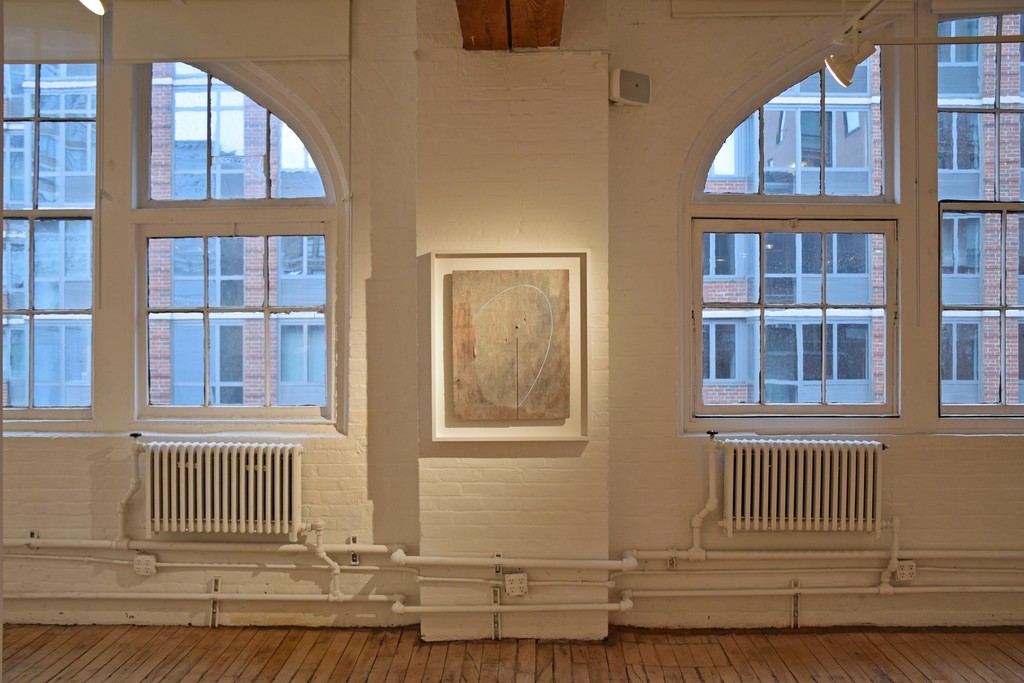 In her first exhibition with Carter Burden Gallery, Eve Eisenstadt presents abstract works on un-stretched linen and handmade paper in the exhibition Remnants. Inspired by architecture and structure her works incorporate subtle layers of color, texture, and translucency. The Earth tones and natural materials paired with expressive yet understated mark making call to mind the history of timeworn buildings, ancient artifacts and the human experience throughout time and place. Eisenstandt states, “Most of all I want to the viewer to engage in a conversation with the work. To reflect on where the images take the observer and the connections they create for each individual.”

Eve Eisenstandt was born in Detroit, Michigan in 1953. She received her BFA from the University of Michigan in 1974, an MFA in 1976 from Cranbrook Academy of Art, and an Ed.D. Philosophy from Columbia University in 1983. Her work has been featured in exhibitions across the United States, Italy, and Germany. After moving to New York City she began working with Dieu Donne paper mill and continues to paint and draw work that compliments her projects at the mill. She has received numerous grants including Scarsdale Innovation Grant, Hunter Faculty Grant, and China Institute’s travel and research grant on Buddhist art of the Silk Road in China, among many others. Eisenstandt moved to New York City in 1977 where she has been an educator to students from kindergarten to college and continues to be to this day.

Ted Thirlby introduces minimalistic and ethereally painted works on found plywood in his first exhibition with Carter Burden Gallery, Remnants. Informed by the reclaimed wood, Thirlby strikes a balance between subject and support with one informing the other. Lustrous gold crescents and globes are orbited by bands of delicate color, all speaking to and floating within the organic shapes of the plywood surface. With titles like Muladhara or Root Chakra, spirituality, harmony, and a semblance of sacred geometry are ingrained in the paintings. Thirlby explains, “The plywood is already fully loaded with its own history and energy. It is not a blank canvas. The changing wood grain patterns, the cracks and chips and jagged edges are the residue of a previous life and use.... It’s a process of rescue, respect, reuse, resurrection, and perhaps redemption.”

Ted Thirlby was born in 1948 and raised in Traverse City, Michigan. He received a BA from Macalester College in St Paul, Minnesota in 1970 and studied painting at the graduate school of the University of Iowa until 1972. That year, during the Vietnam War, he was classified as a Conscientious Objector and performed two years alternate service working as an organizer and trainer at the Iowa City Crisis Center. Thirlby moved to New York City in 1975 to continue making art and thrived in a career in construction for 40 years. His work can be found in the corporate collections of the Avon Foundation and AT&T Long Lines. Ted Thirlby has exhibited in solo and group exhibitions at the NYC Department of Cultural Affairs, OK Harris, Lichtundfire Gallery, 22 Wooster Gallery, and many more.