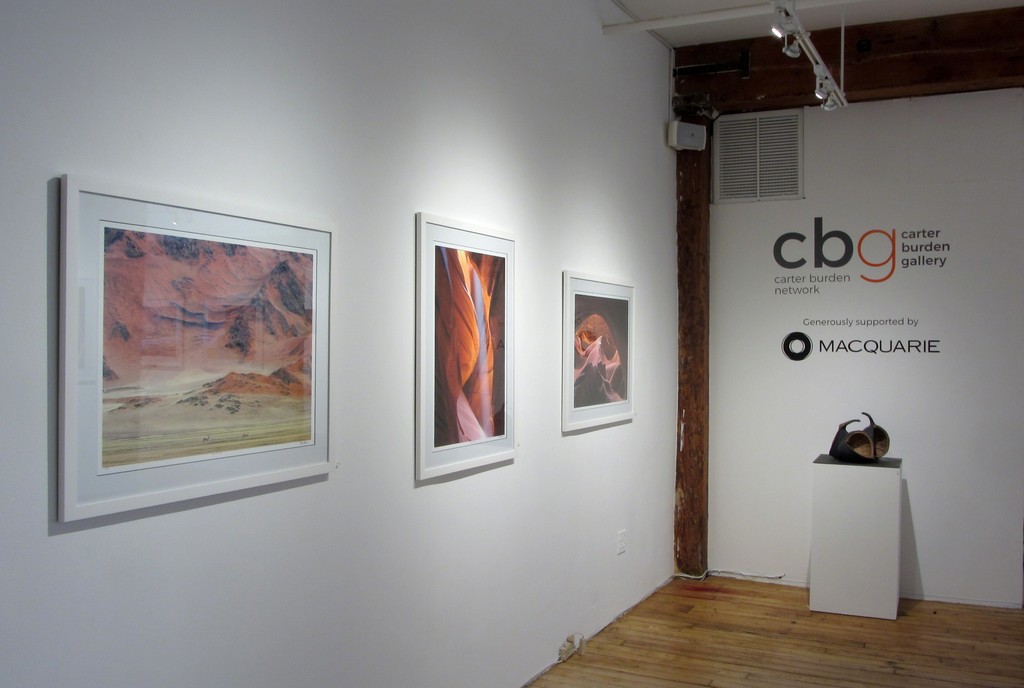 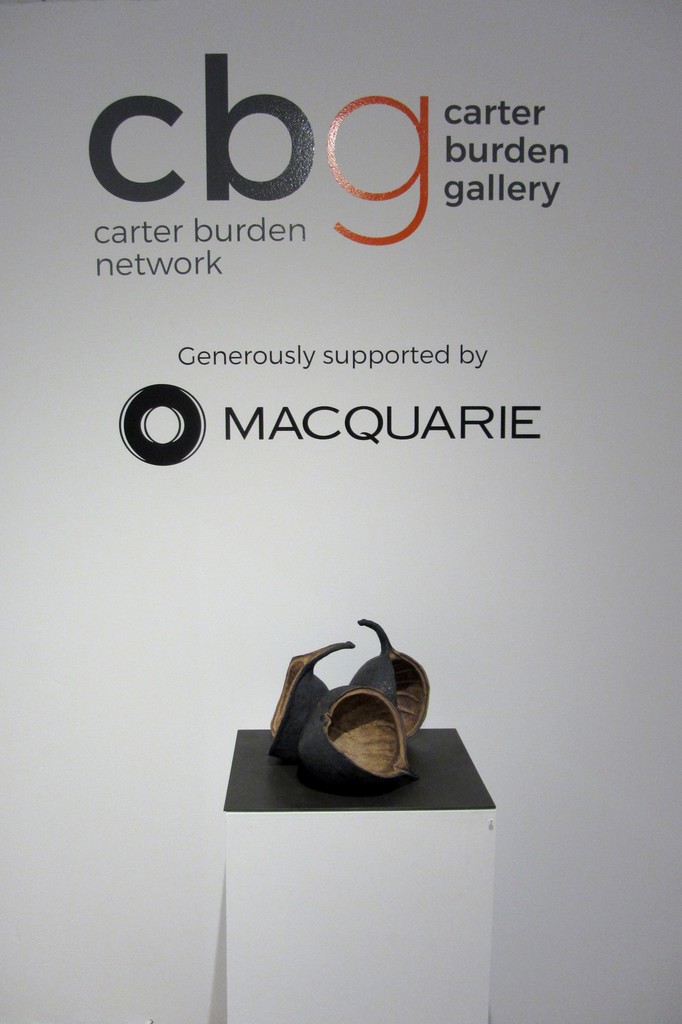 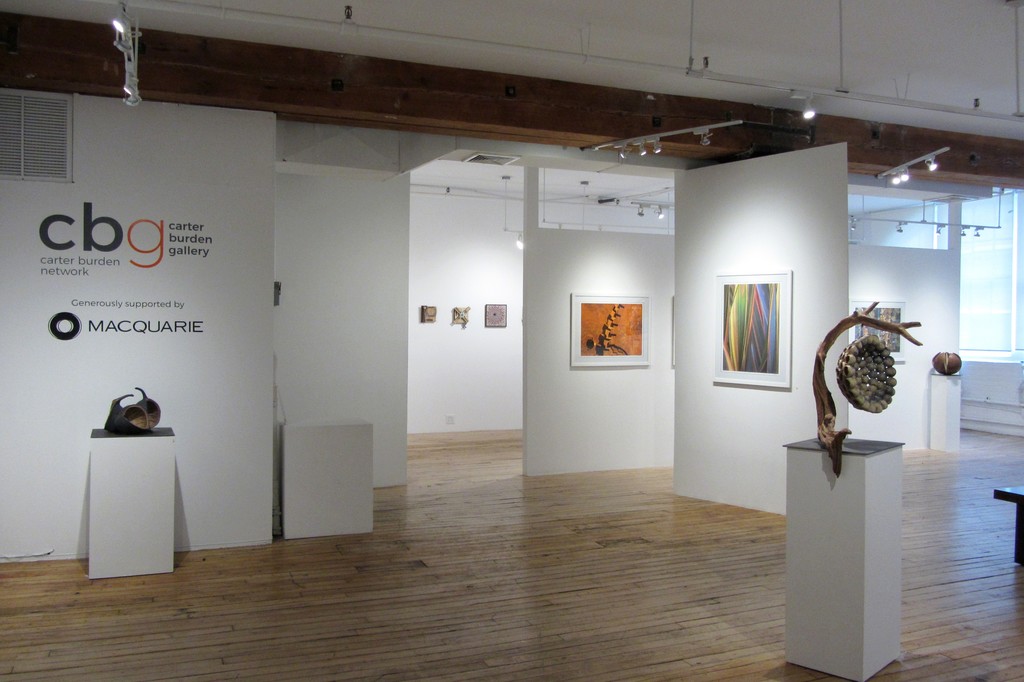 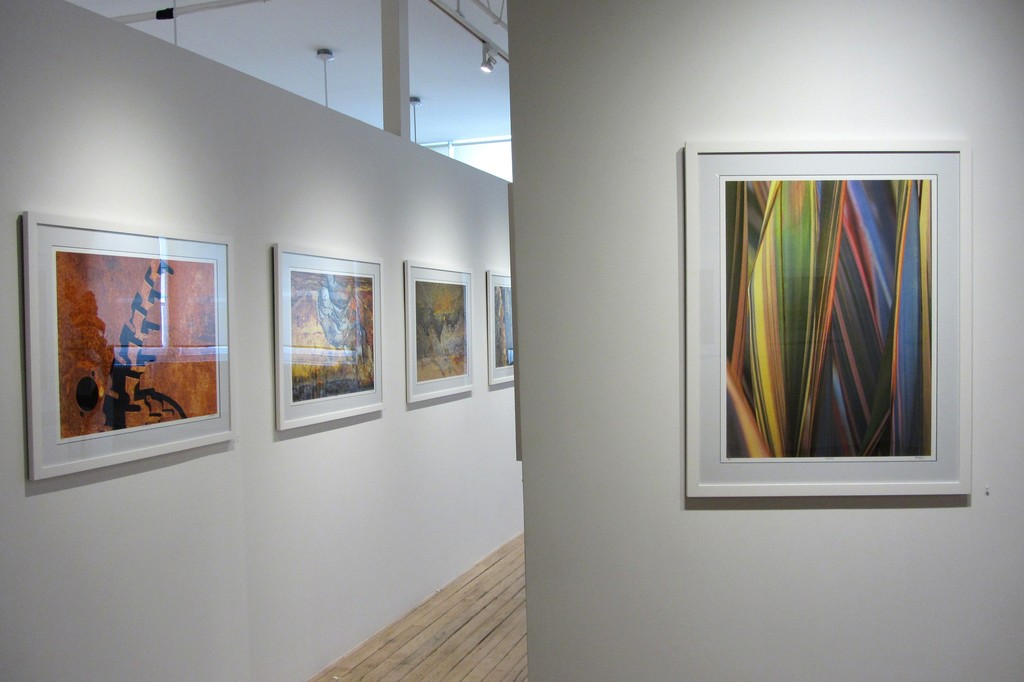 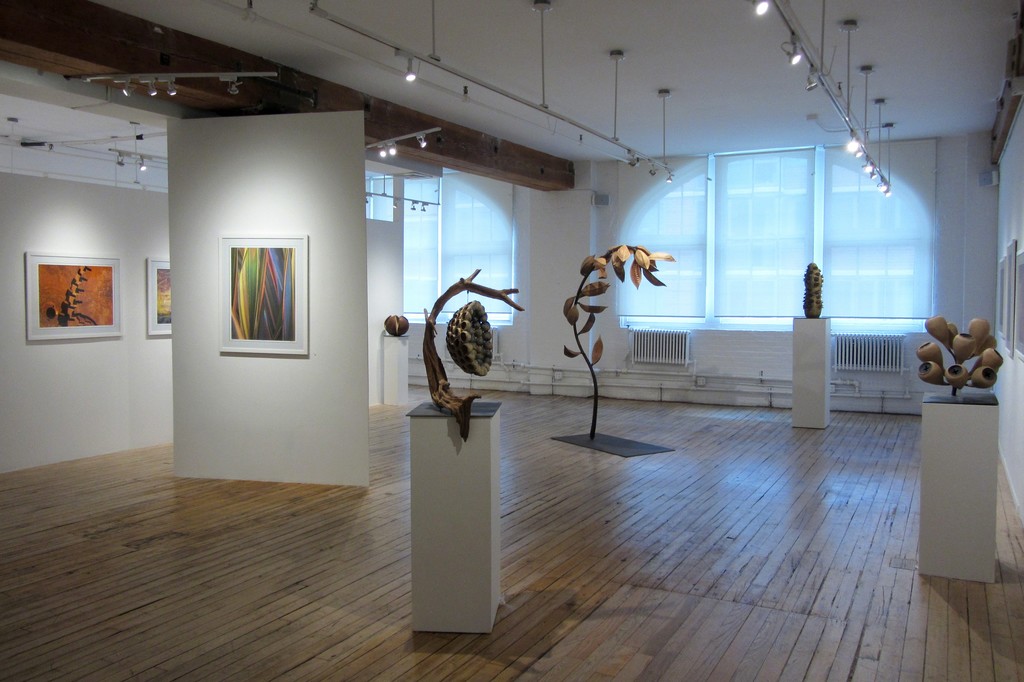 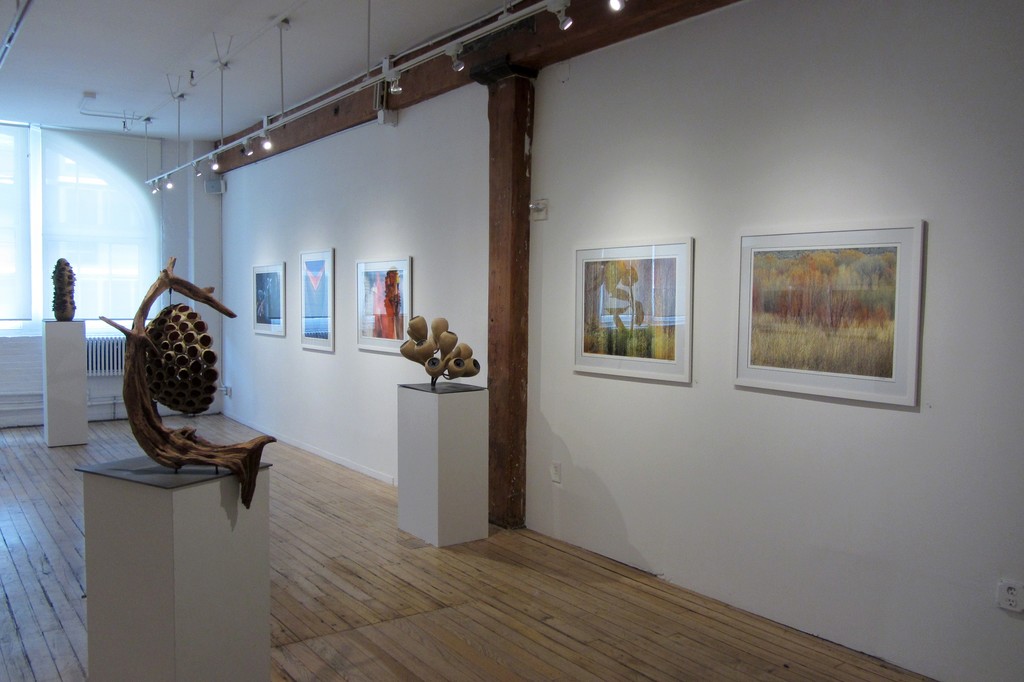 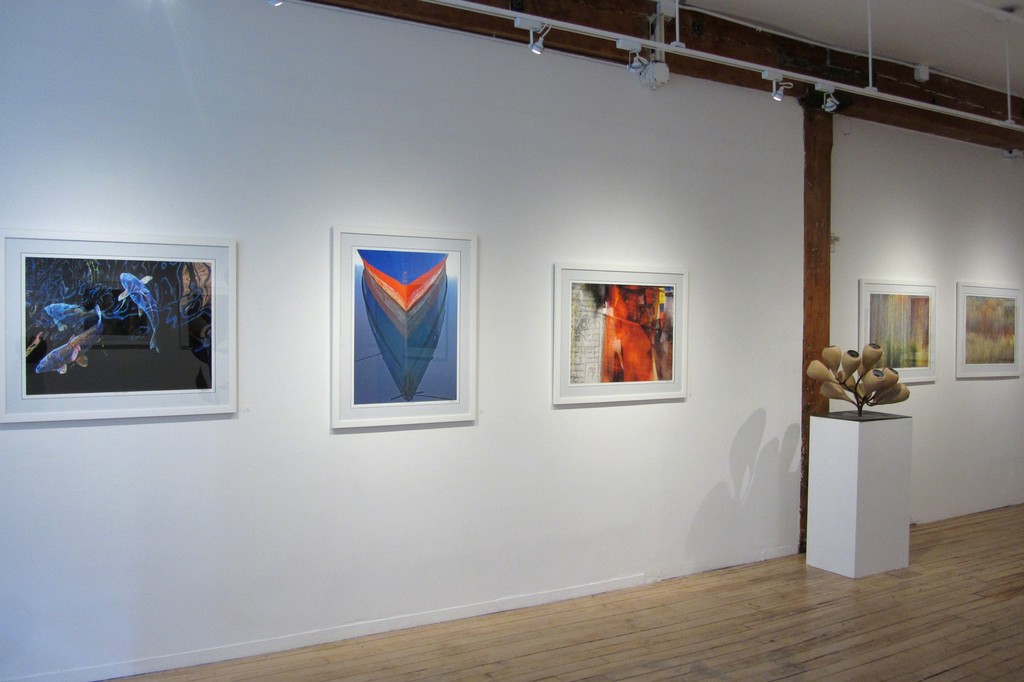 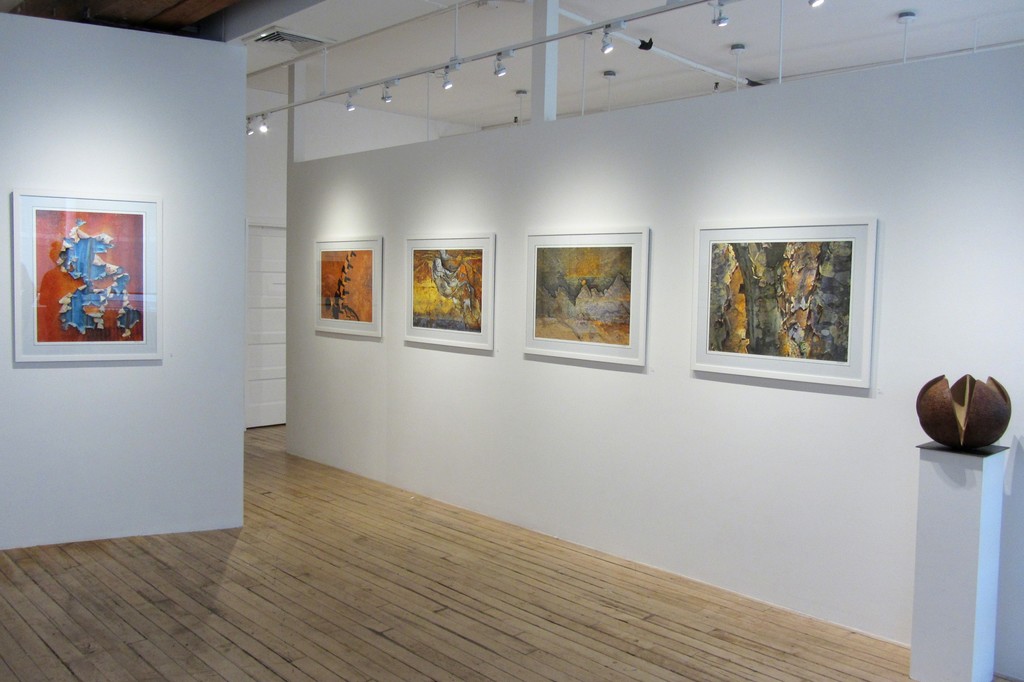 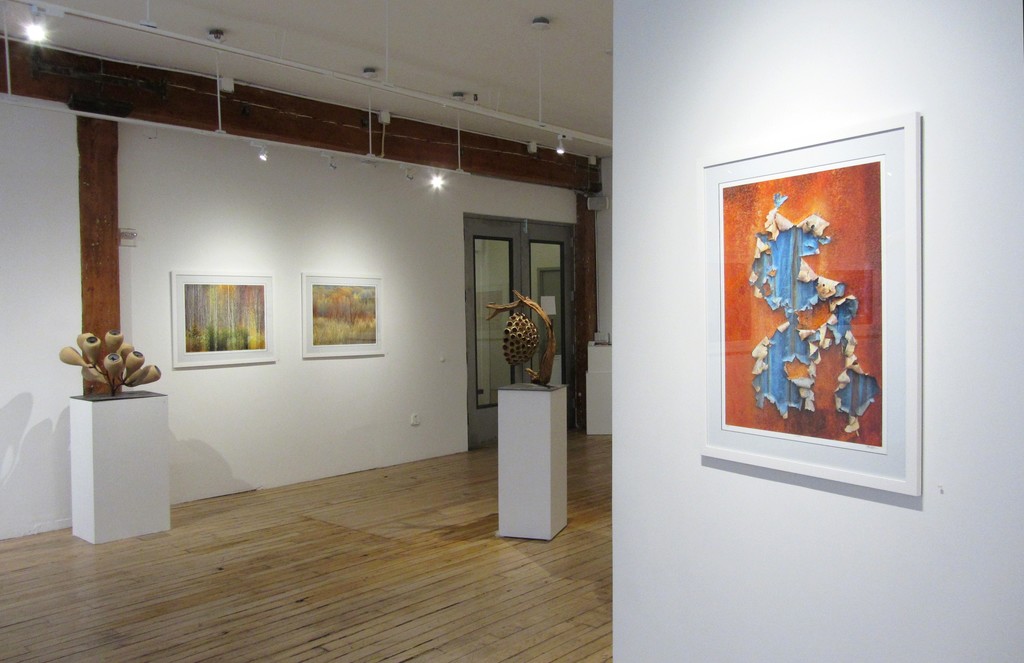 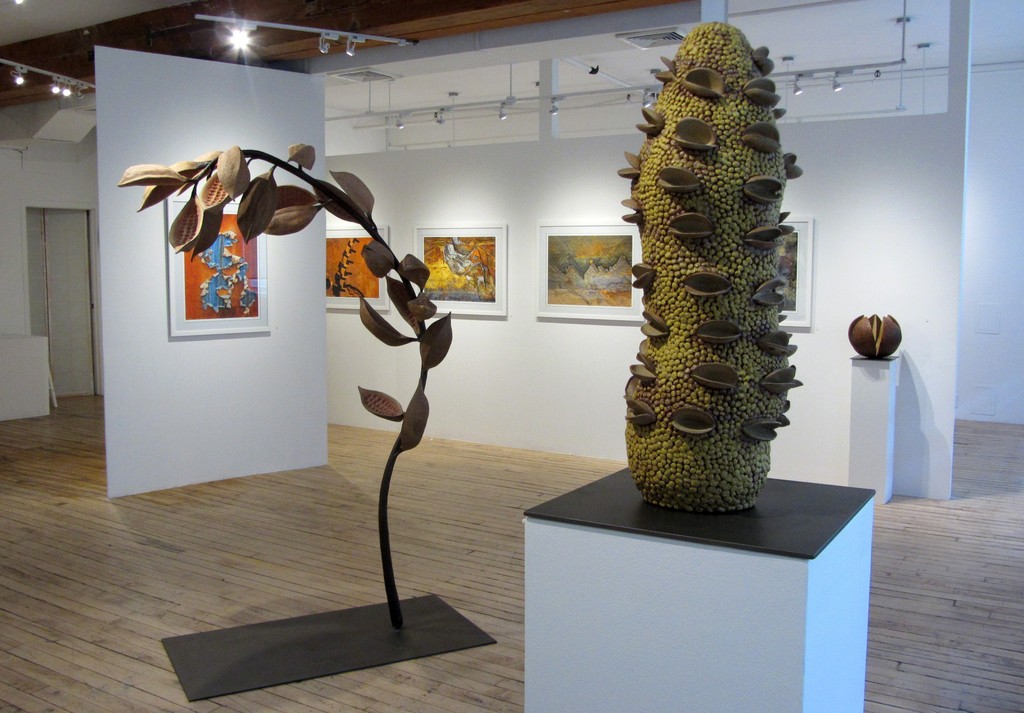 Carter Burden Gallery presents three new exhibitions: Sight Lines in the East Gallery featuring John Isaac and Elaine Lorenz, The Story Teller in the West Gallery featuring Liz Curtin & Michael Fair, and On the Wall featuring Irmari Nacht. The reception will be held May 4, 2017 from 6 - 8 p.m. The exhibition runs from May 4th through 25th at 548 West 28th Street in New York City. The gallery hours are Tuesday - Friday, 11 a.m. - 5 p.m., Saturday 11 a.m. - 6 p.m.

In Sight Lines photographer John Isaac presents abstracted photographs of wildlife and nature. After working as a photojournalist for the United Nations for 30 years and witnessing some of the worst atrocities around the world, the artist turned his camera to the environment. Isaac describes this evolution as: “Seeing beauty in unexpected places.” The photographs range from a detailed image of a stone’s rust pigmented surface to a distant landscape, distorted by the texture of the surrounding terrain. Abstracted by composition and detail, all of Isaac’s photographs are captured as one single image and not manipulated digitally.

Sculptor Elaine Lorenz presents abstract sculptures influenced by the world’s vast variety of seedpods and their expected promise for the future in Sight Lines. Lorenz’s attention has recently turned to the dried and empty shells of once burgeoning, ripe and luscious flora. She became fascinated by their somber beauty and felt they reflected the political climate of our time. “In my mind the empty pods became metaphors for many things: species extinction and declining biodiversity, destruction of habitats, global warming; the remains of what once was, and perhaps the broken promise of continuity of life.”

Elaine Lorenz, born in the Bronx, is a sculptor and professor at William Paterson University where she teaches sculpture and ceramics. She earned a BA in sculpture from Marietta College in Ohio and an MFA from the Vermont College of Fine Arts. Lorenz has displayed work in numerous solo and group shows across the country. She has also made large outdoor sculptures displayed at numerous sites, including at Socrates Sculpture Park in Long Island City, New York and The Fredonia Sculpture Project in Fredonia, New York. Some of Lorenz’s many awards include a MacDowell Colony Fellowship, New Jersey State Council on the Arts Fellowship Grants, an Athena Foundation Grant, a Geraldine R. Dodge Foundation Grant, and a New Jersey State Sculpture Commission for the New Jersey Environmental Center Headquarters at DeKorte Park.