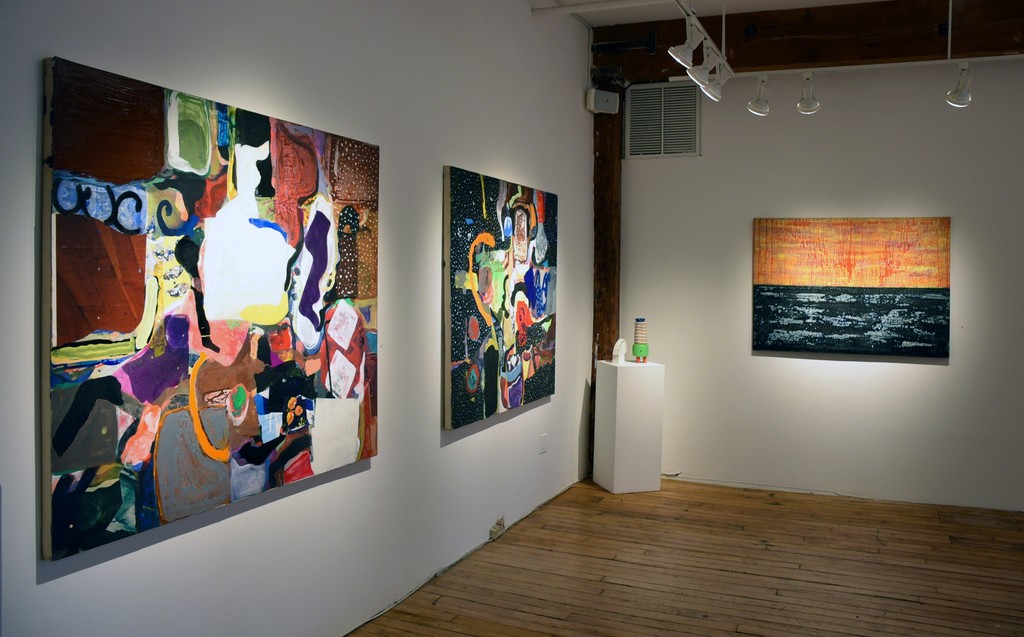 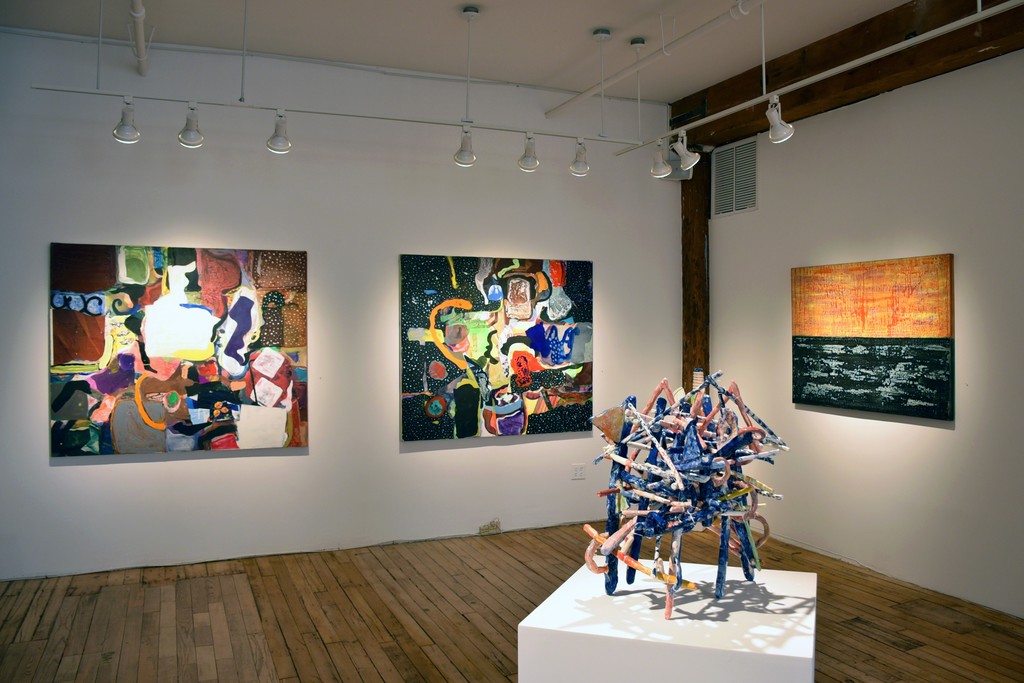 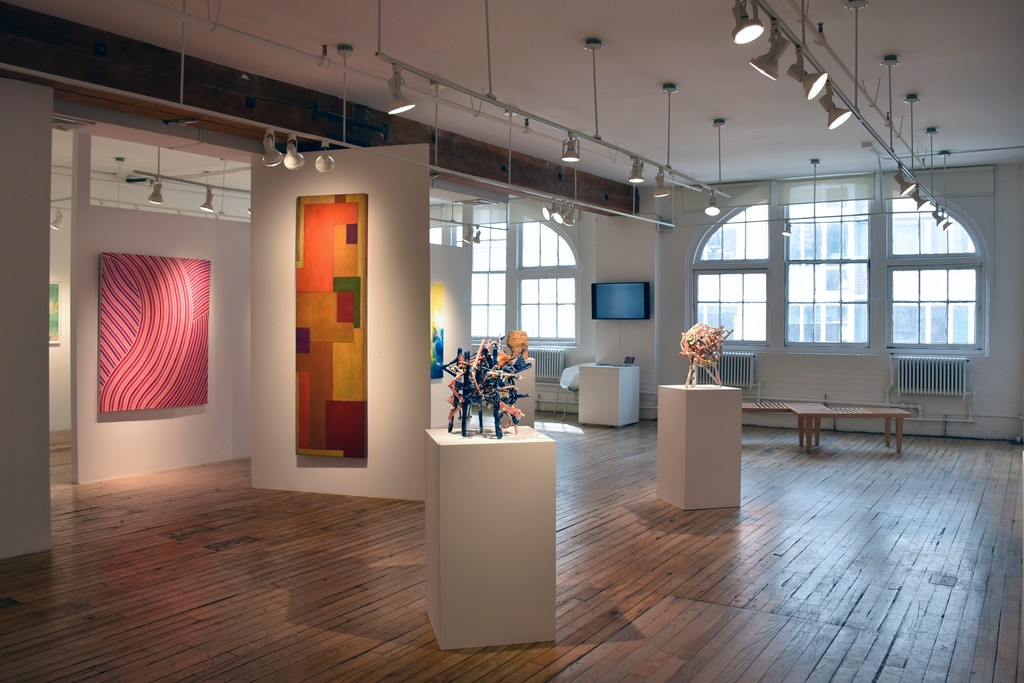 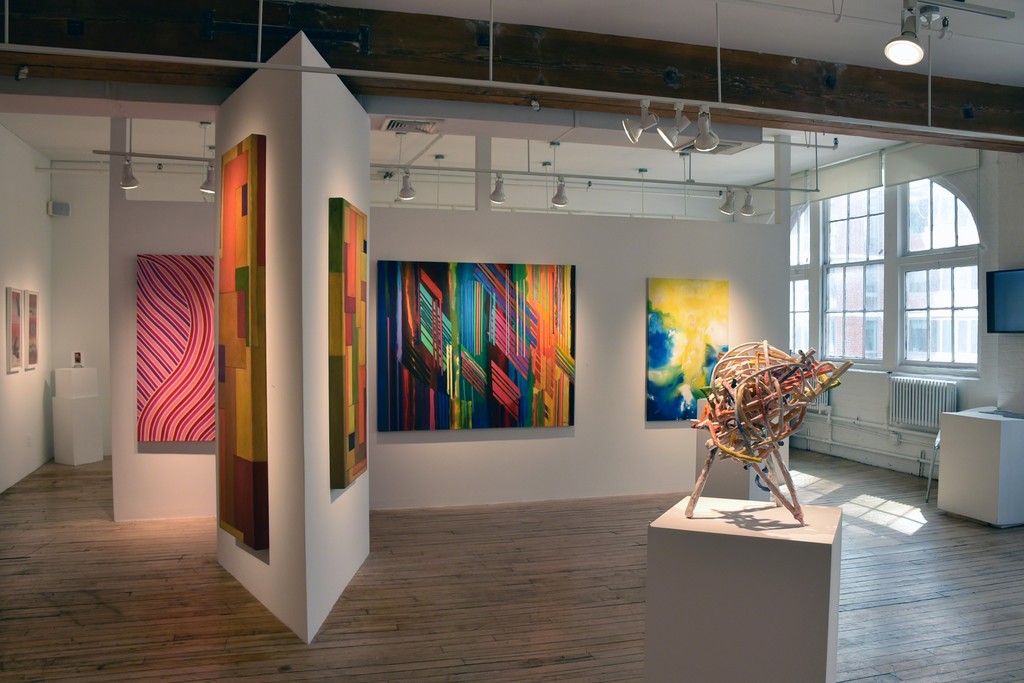 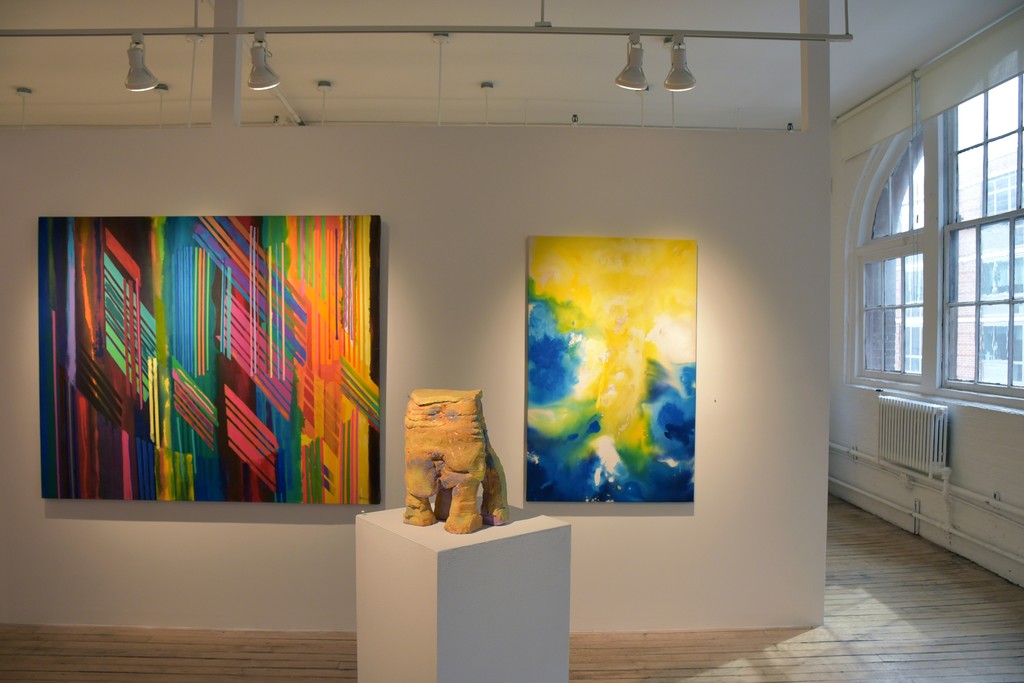 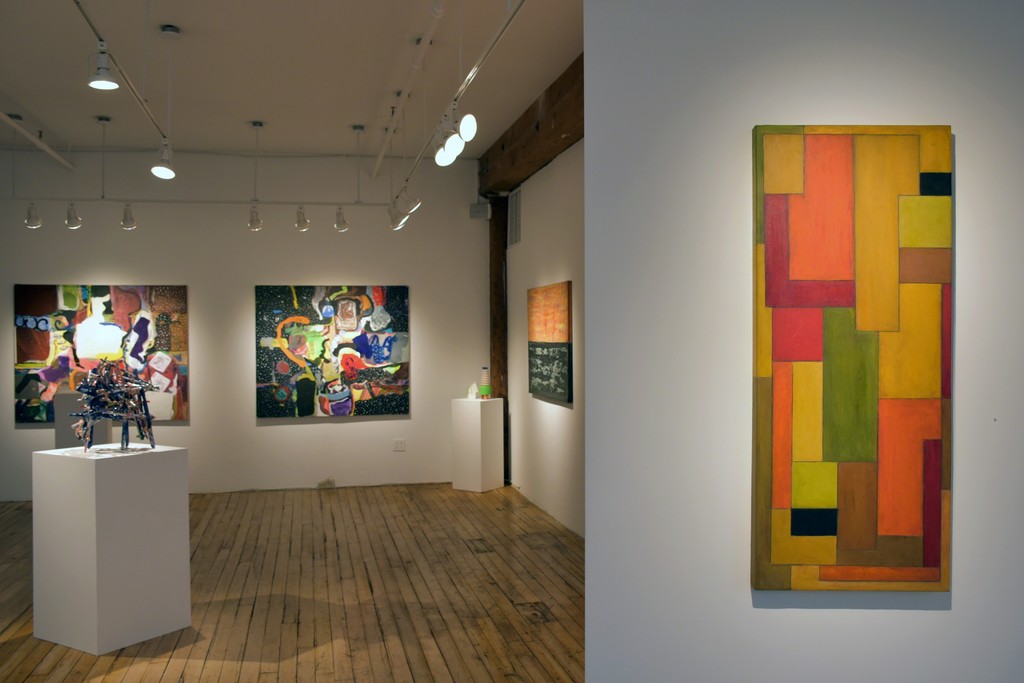 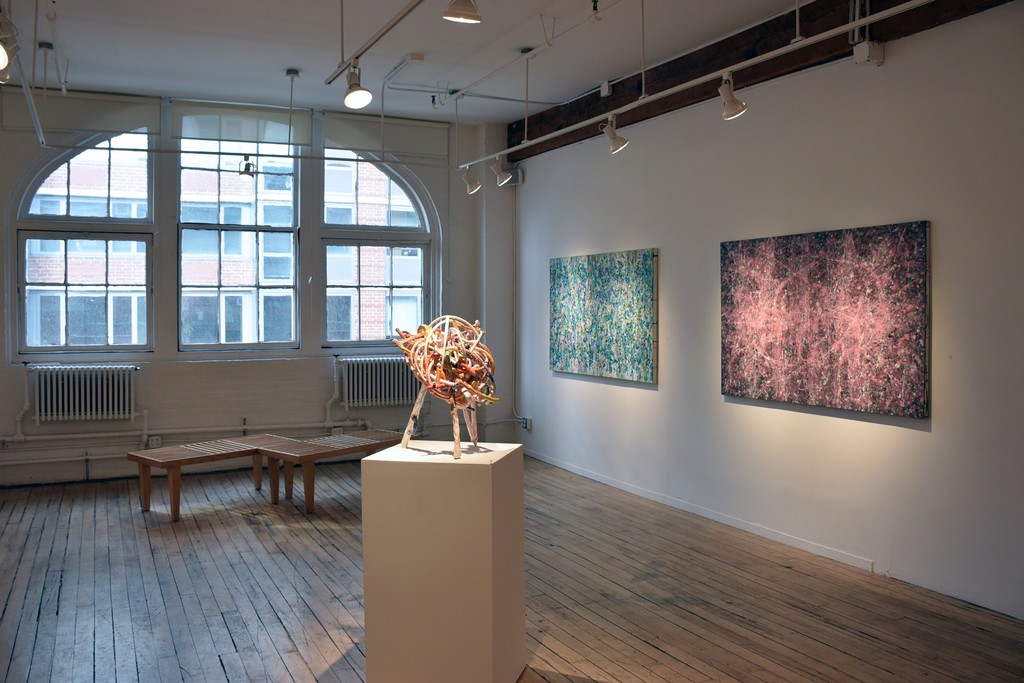 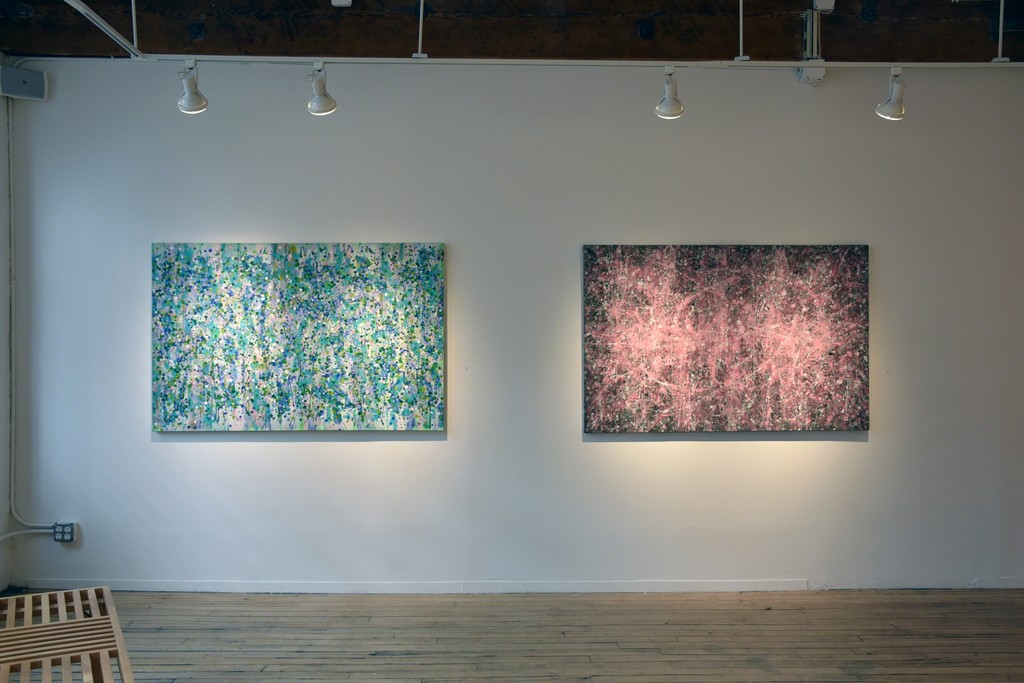 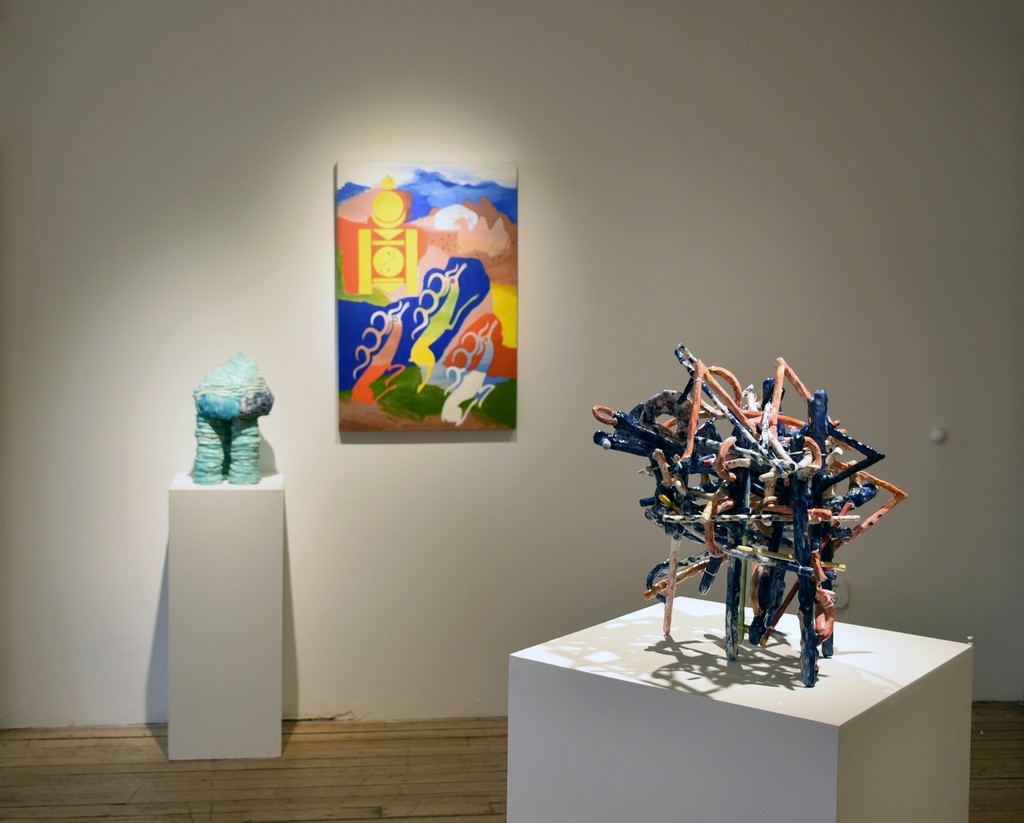 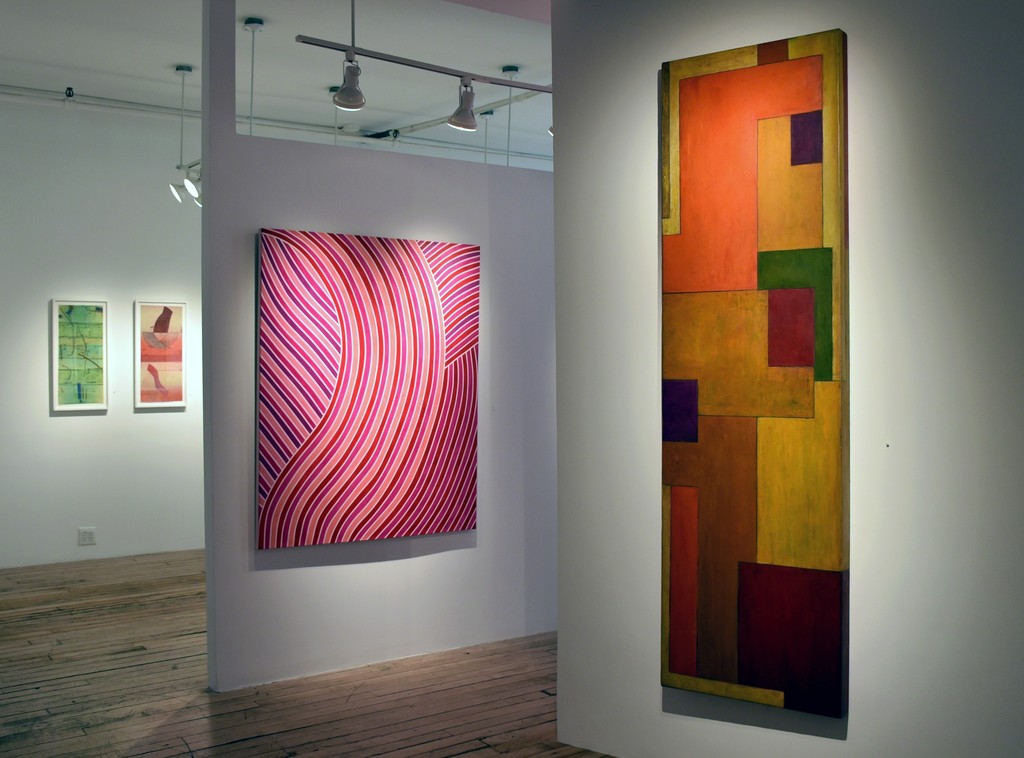 Throughout his career Simon Rigg has predominately focused on the metaphor of home as refuge and has been strongly influenced by indigenous architecture and forms built from what the land offers world cultures. His exceptional ceramic works appear impossibly constructed with an array of porcelain rods entangled and bound together with string, almost nest like. Jennifer Woolcock Schwartz’s meticulously crafted oil painting on linen Pink Clash is from her series Cross Current, which loosely conveys her impression of New York City, its vibrancy, mix of different nationalities, ethnicities, languages, and urges; all of them crossing, clashing, mixing, and flowing in one direction or another. She writes, “My goal is to present a purely visual space in which color and line create an illusion of movement that envelops the viewer, eliciting a visceral response.” On another end of the spectrum is the luminous painting Blunder by Hanna Seiman. Paying homage to abstract expressionism and color field painting, Seiman’s use of pigment flows and blends across the canvas in fluid motion, building up and receding in areas, creating moments of light and depth.