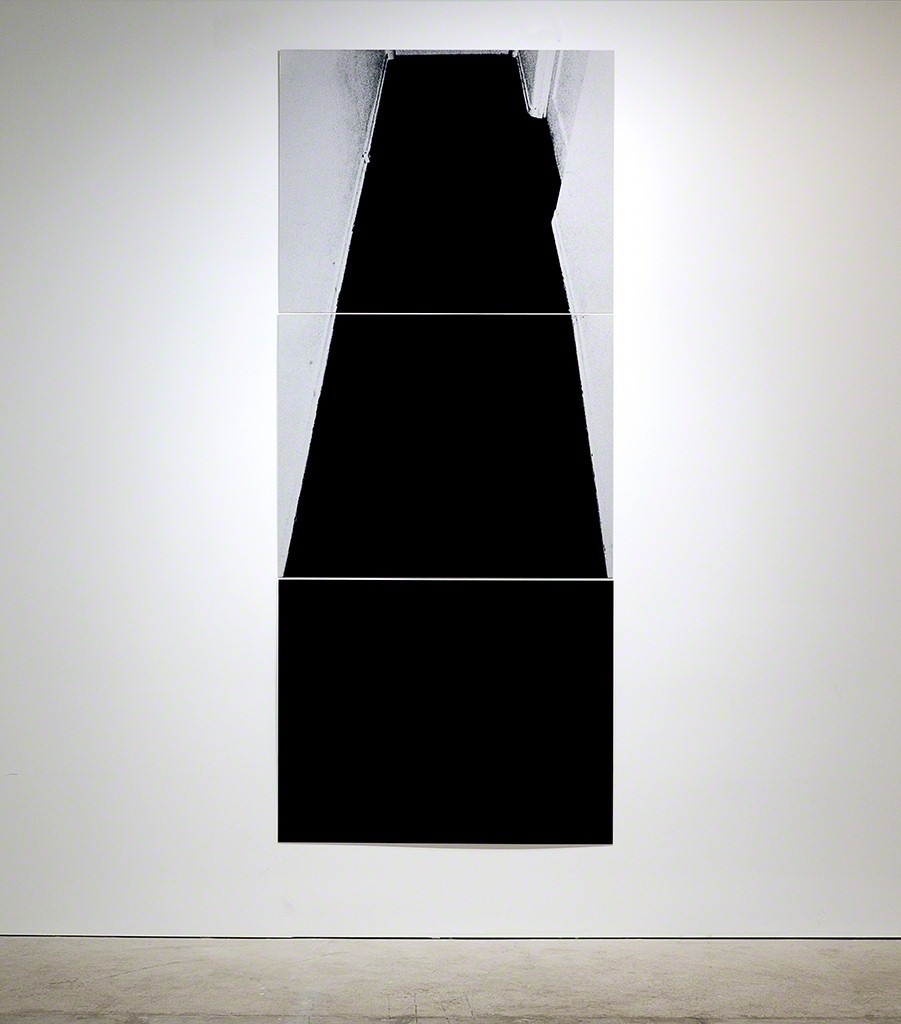 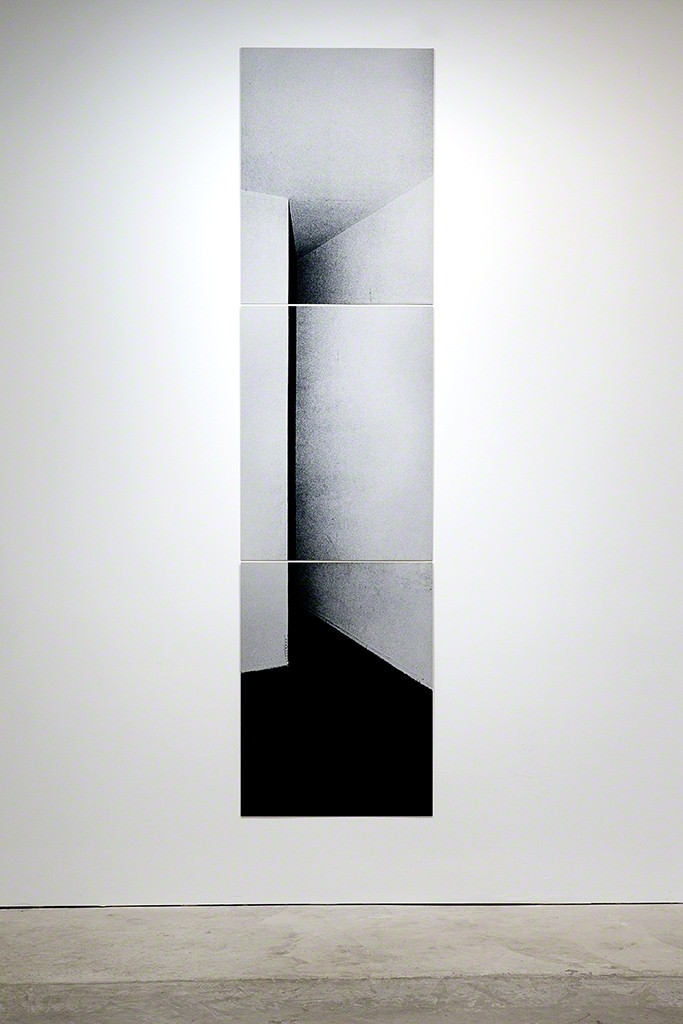 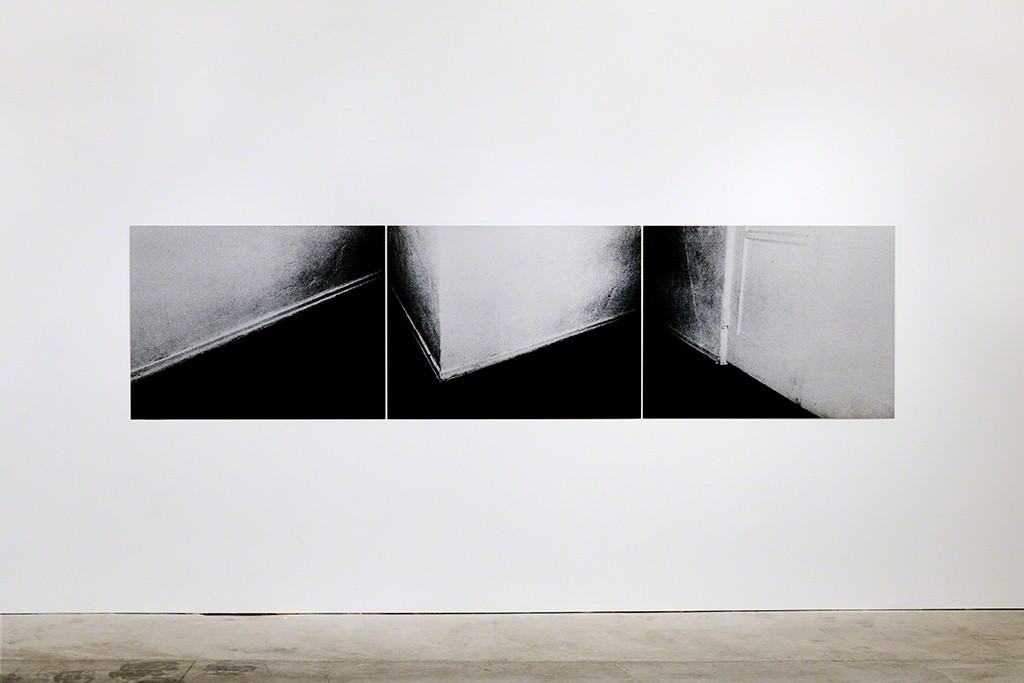 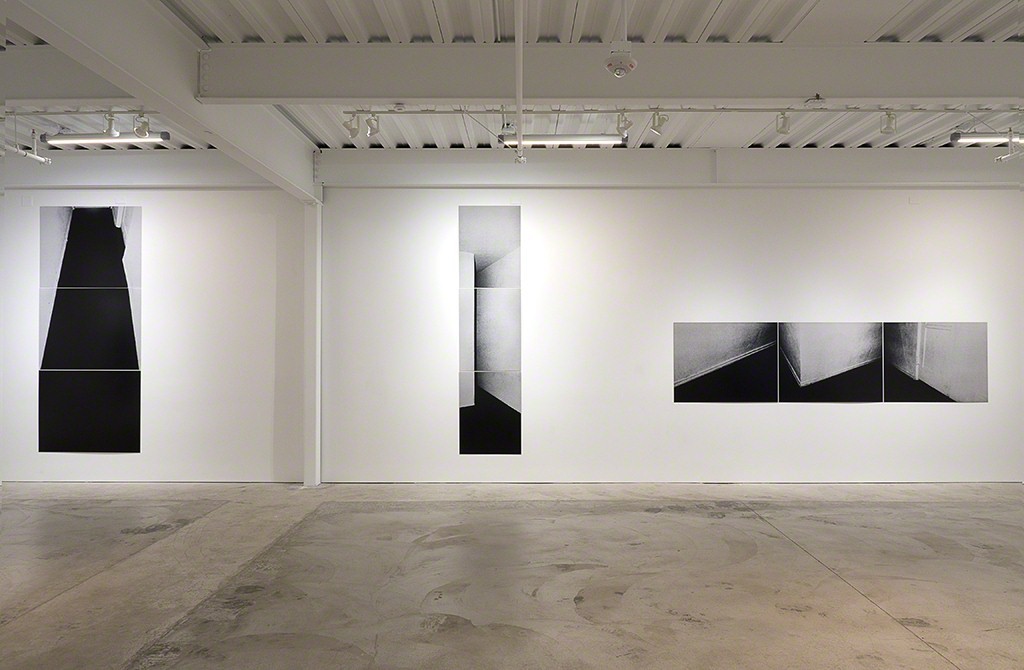 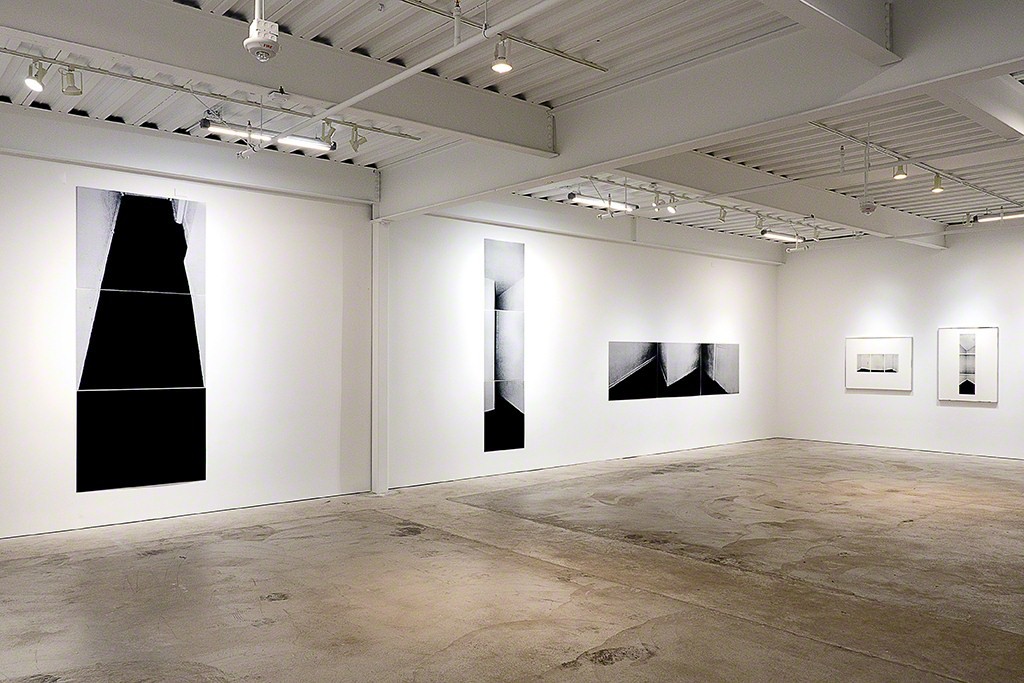 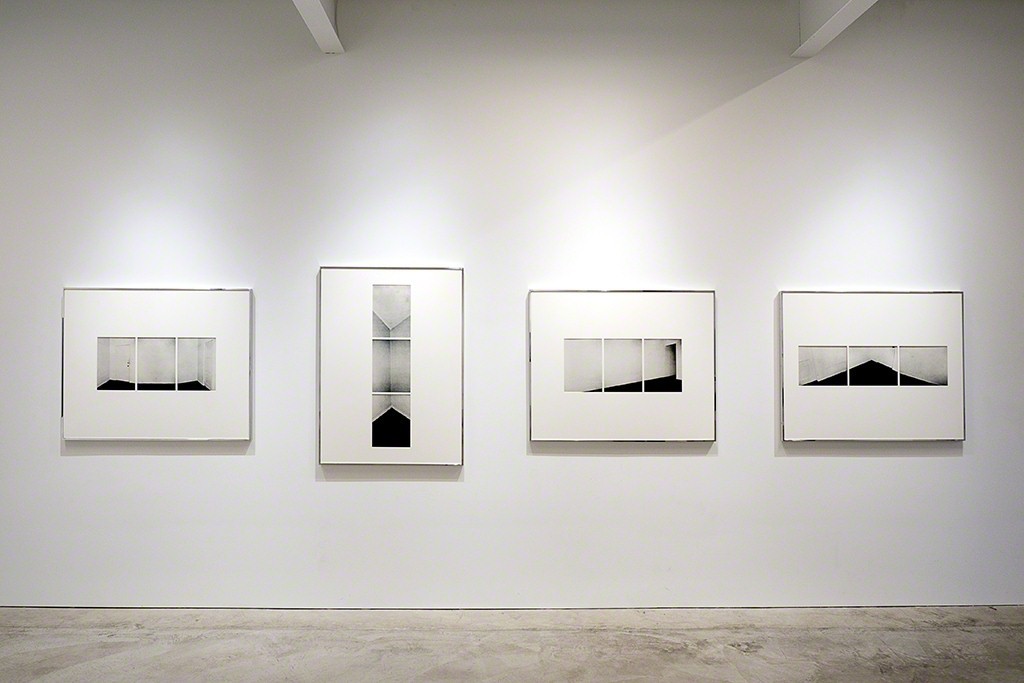 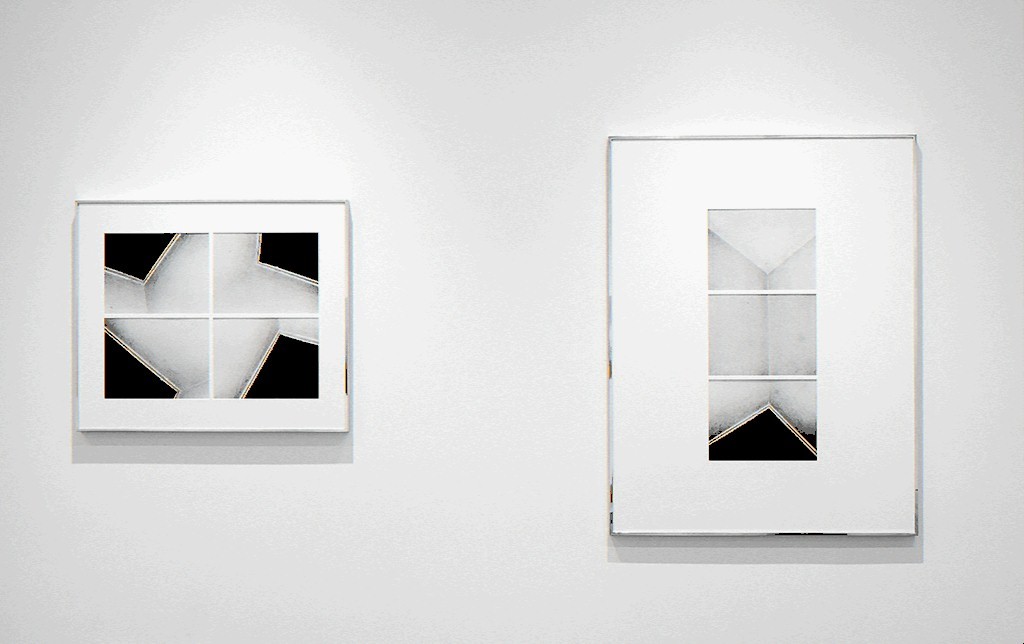 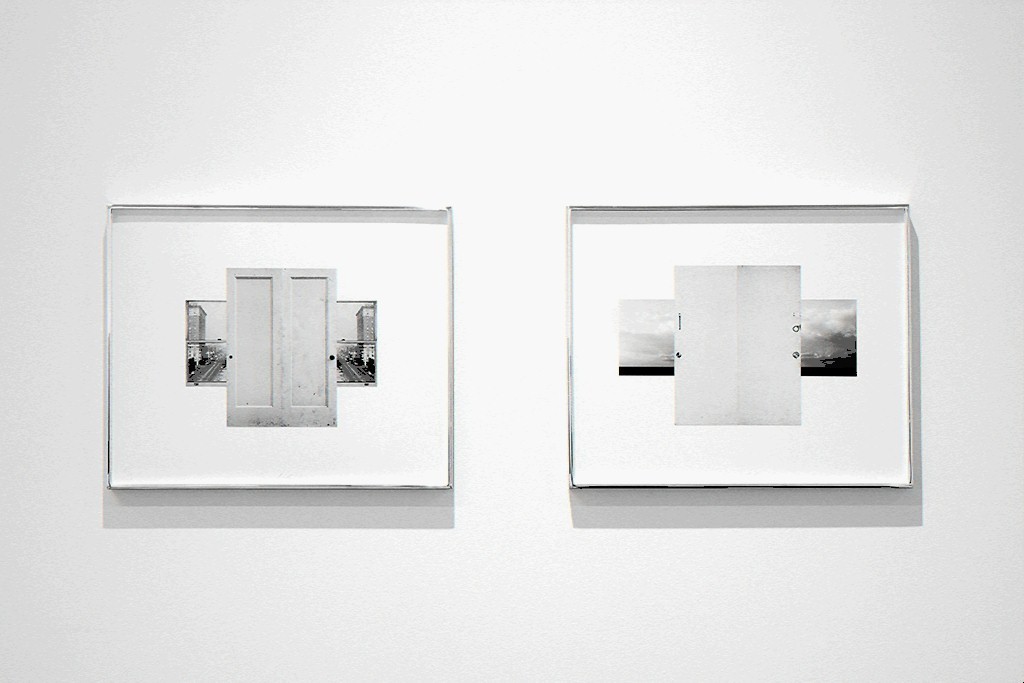 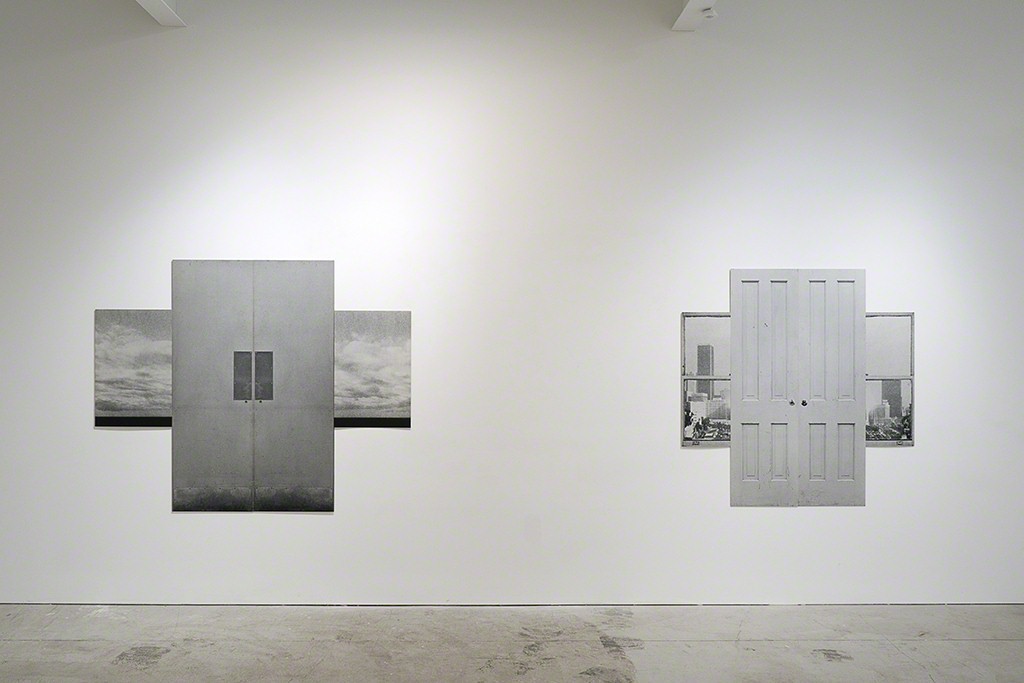 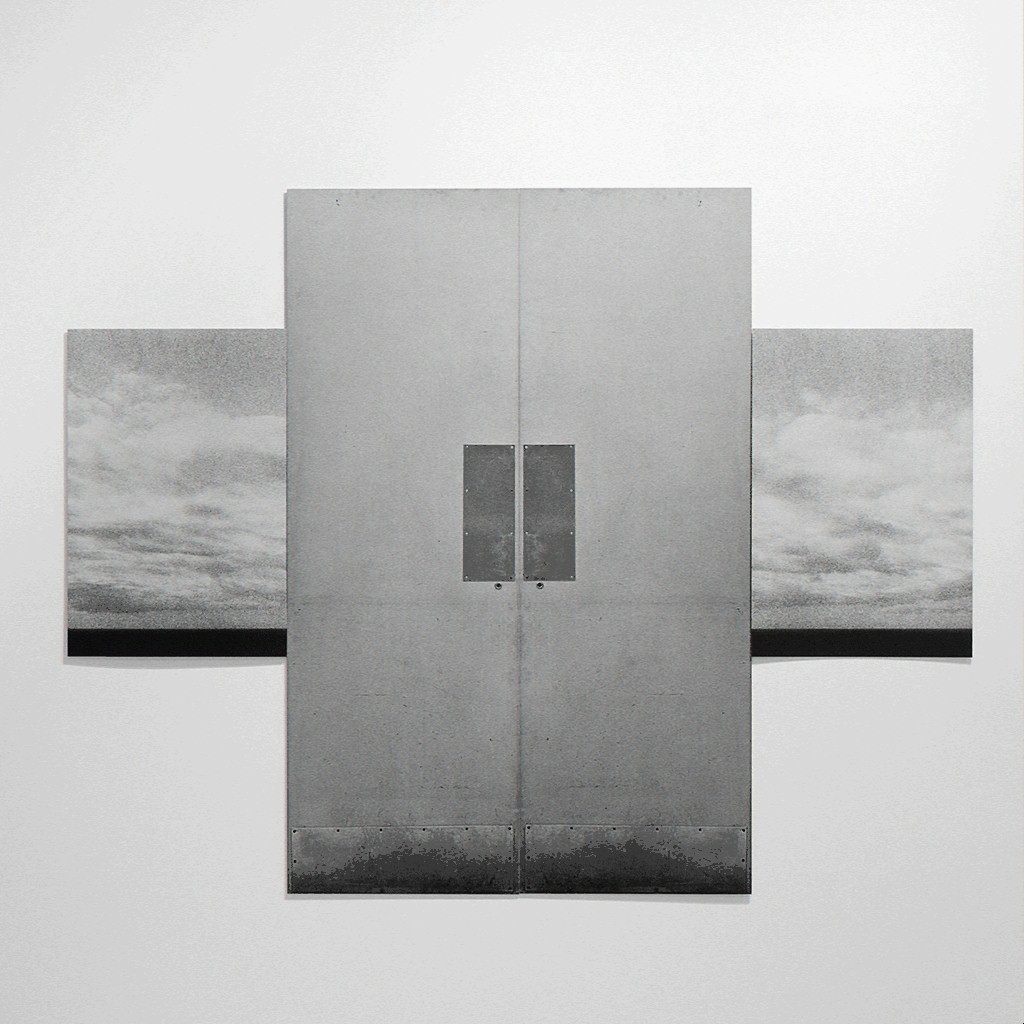 Casemore Kirkeby is pleased to present Steve Kahn: Mural Triptychs and Door/Window Constructions, a selection of Kahn’s critically acclaimed photographs and photographic constructions from the 1970s, exhibited together for the first time in over 35 years.  Collectively referred to as "The Hollywood Suites,” Kahn’s project began in a run-down apartment building in Los Angeles, and grew into three distinct bodies of work made over several years, becoming an in-depth exploration of form and content. Kahn first used the interiors as a gritty backdrop for a series of erotic pictures, but soon the tenement building itself became a site of visual inquiry. In the absence of his models, Kahn writes, “these were studies of the room - exploring the contained through explorations of the container itself. How one takes on the nature of the other…"  Using pull-and-peel b&w Polaroid and an on-camera flash as his primary tools, Kahn made compact, immediate images, which he then re-photographed with high-speed 35mm film, creating additional generations or iterations of his source images. The transfer to film and subsequent re-printing resulted in grainy, high-contrast renderings of the environment—textured and psychologically charged surrogates for the space itself. Kahn first focused on the windows, doors and mirrors—exploring their function as inside/outside interface. He then moved onto graphic interventions, binding and taping the doors before photographing them, further abstracting the images and adding to their visual and psychic tension.   Kahn’s large-scale murals and door/window constructions make up the most monumental work in the exhibition, while his framed triptychs and quadrants are refined examples of Kahn’s precise, enigmatic studies in perspective and multiplicity. After copying his negatives to 8x10 film, yet another generation of the image, Kahn mounted his oversized gelatin silver prints, full-bleed, to aluminum panels to hang directly on gallery walls, challenging the conventions of exhibiting fine art black-and-white photographs at the time. With some works stretching from floor to ceiling, Kahn’s graphic compositions physically confront the viewer with impossible views, forced perspectives and uncanny juxtapositions. His door/window constructions, which combine isolated door and window elements like mismatched puzzle pieces, hover enigmatically above the floor, at once oddly familiar and dreamlike. Suzanne Muchnik wrote in the LA Times (Jan 5, 1979), “Black-and-white doors, windows and cityscapes, mounted flush with walls, stir up perceptual questions as they appear to float in space, poke holes in solid walls and upset perspective. Kahn makes us wonder what is real about reality.”  Steve Kahn (born Los Angeles, 1943) was part of an important generation of photographers coming out of Los Angeles in the 1970s that included Robert Heinecken, Ilene Segalove, Jerry McMillan, among others. They brought a conceptual and collage approach to photography, breaking away from the pure documentary impulse toward an interest in how photographs make meaning. Many were chronicled in the important exhibition at the Laguna Art Museum, Proof: Los Angeles and the Photograph: 1960-1980 and Kahn is also included the 2011 book, L.A. Rising: SoCal Artists Before 1980. After 15 years of working as a fine artist, Kahn moved to New York City to pursue a career in commercial photography. He currently resides in Berkeley. Kahn is also one of a handful of people around the world to have mastered a very pure, rhythmical style of flamenco guitar, known as the Aire de Morón.   Kahn’s works are in the collections of the J. Paul Getty Museum, Los Angeles; the Los Angeles County Museum of Contemporary Art (LACMA); the San Francisco Museum of Modern Art; the Houston Museum of Fine Arts; the High Musuem, Atlanta; the Bibliothéque Nationale, Paris, France among others. His monograph “The Hollywood Suites 1974-76” was published by Nazraeli Press in 2014 and a publication of his photographs of chemical plants made in the 1980s is forthcoming in 2018.