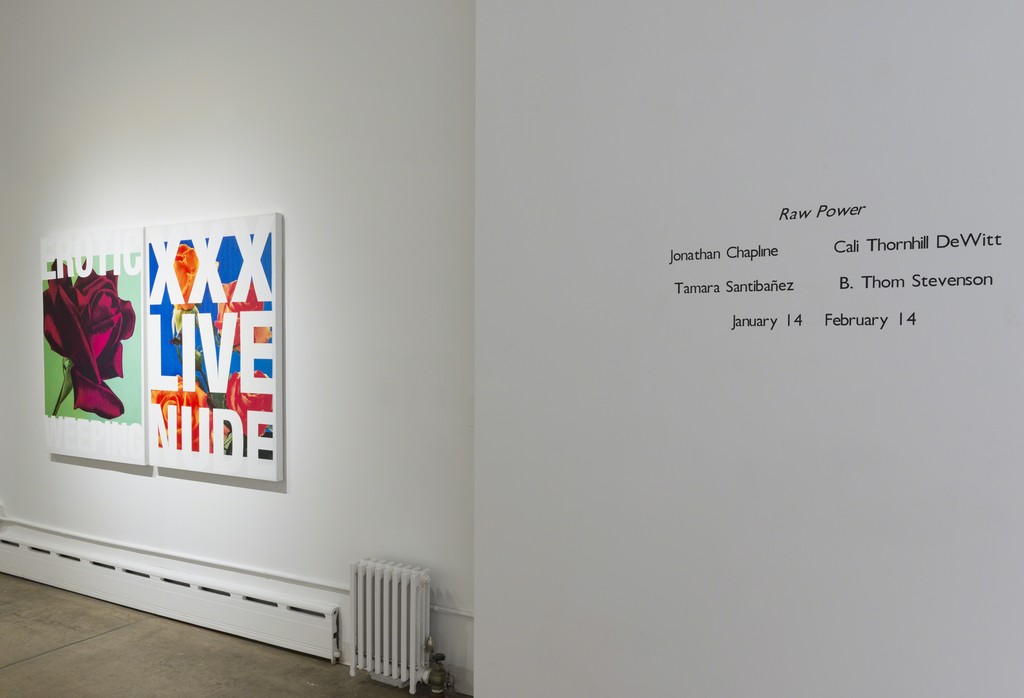 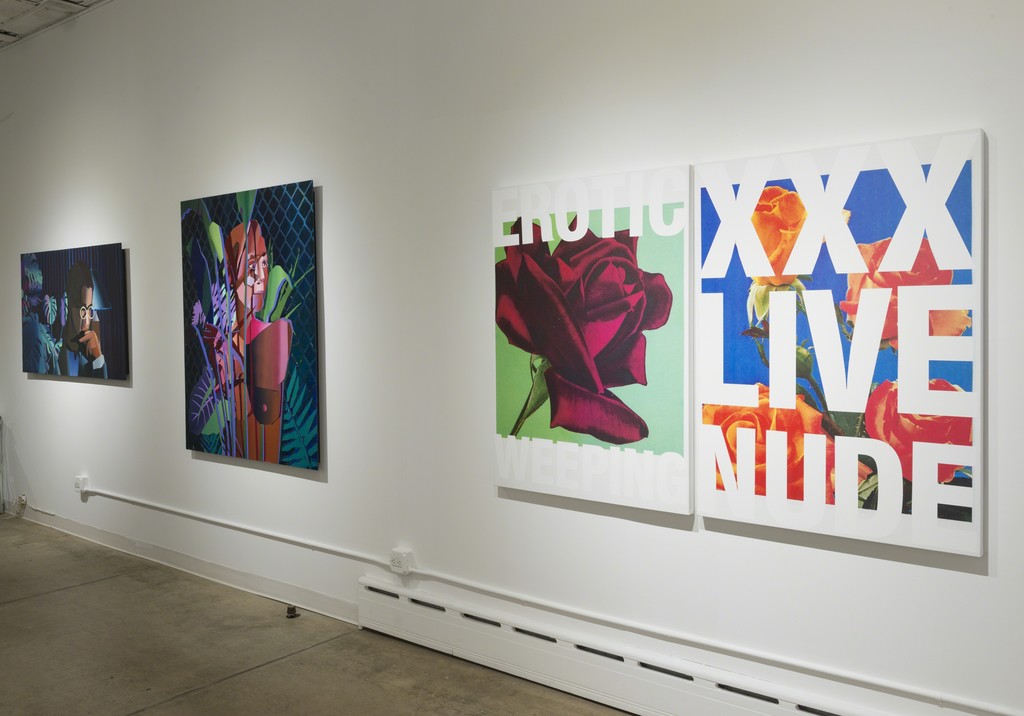 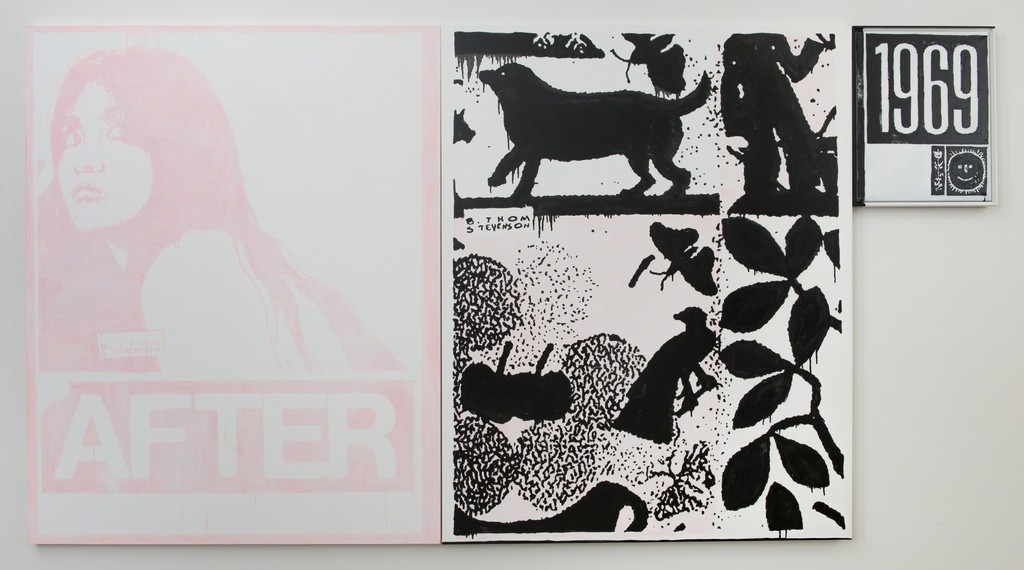 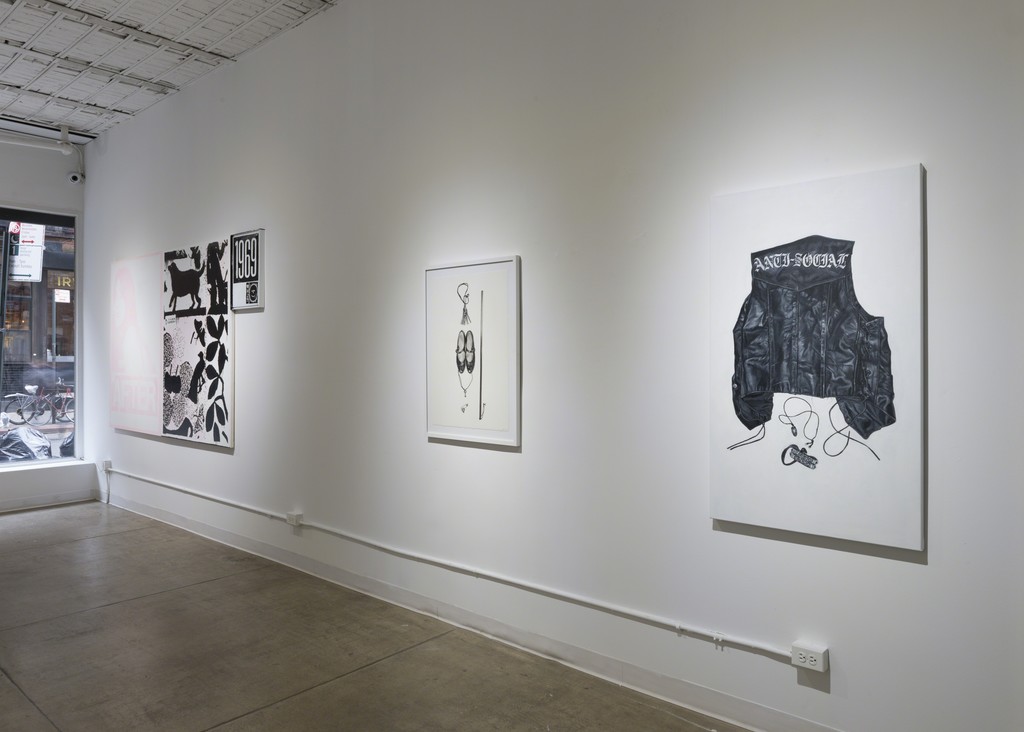 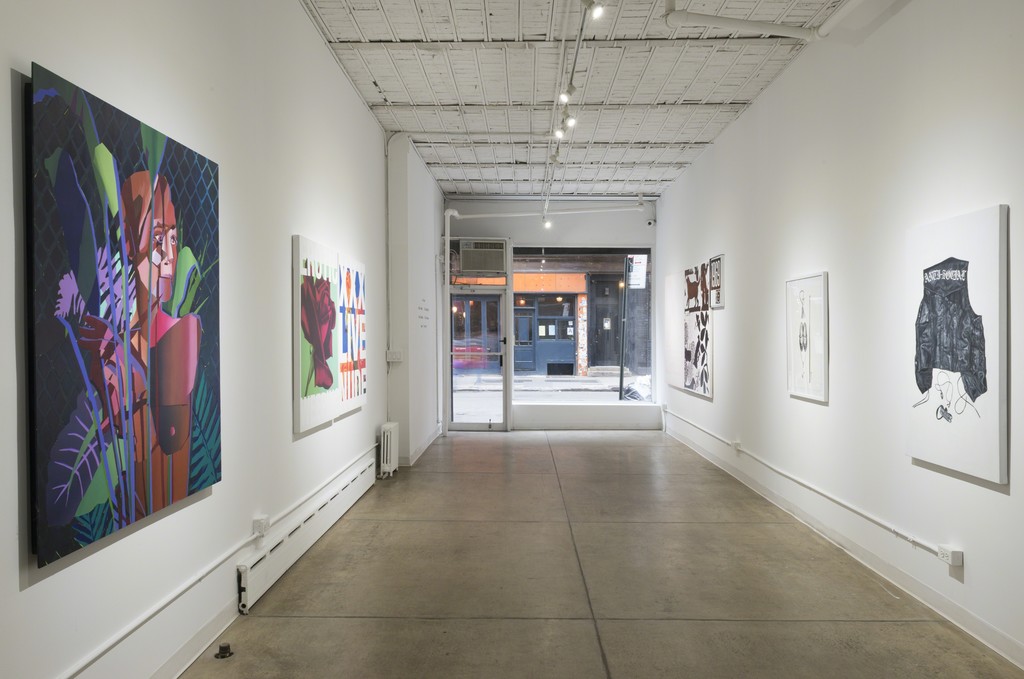 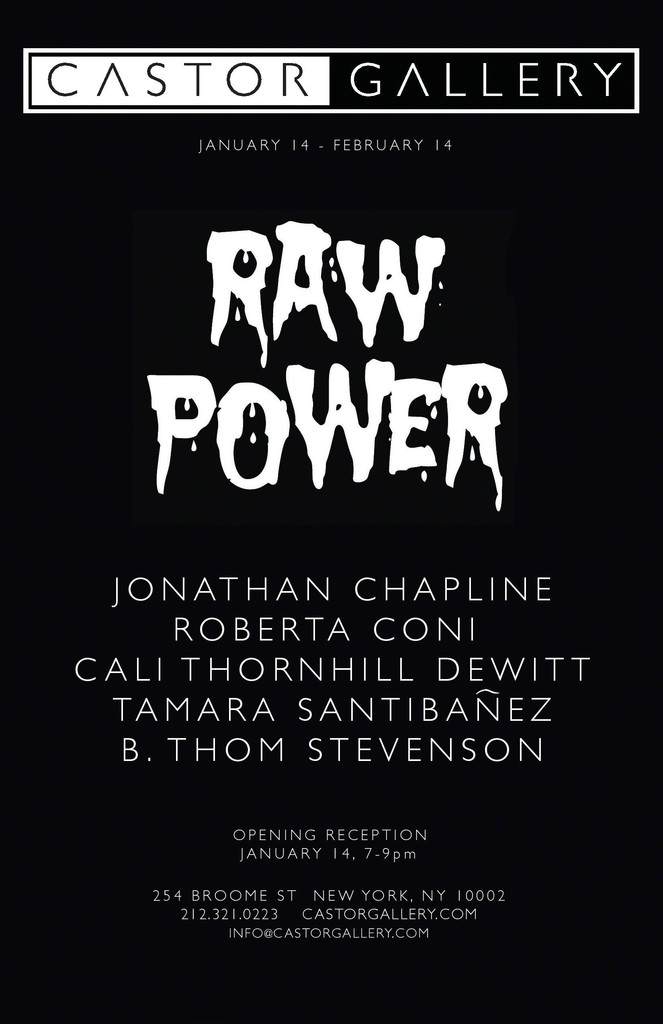 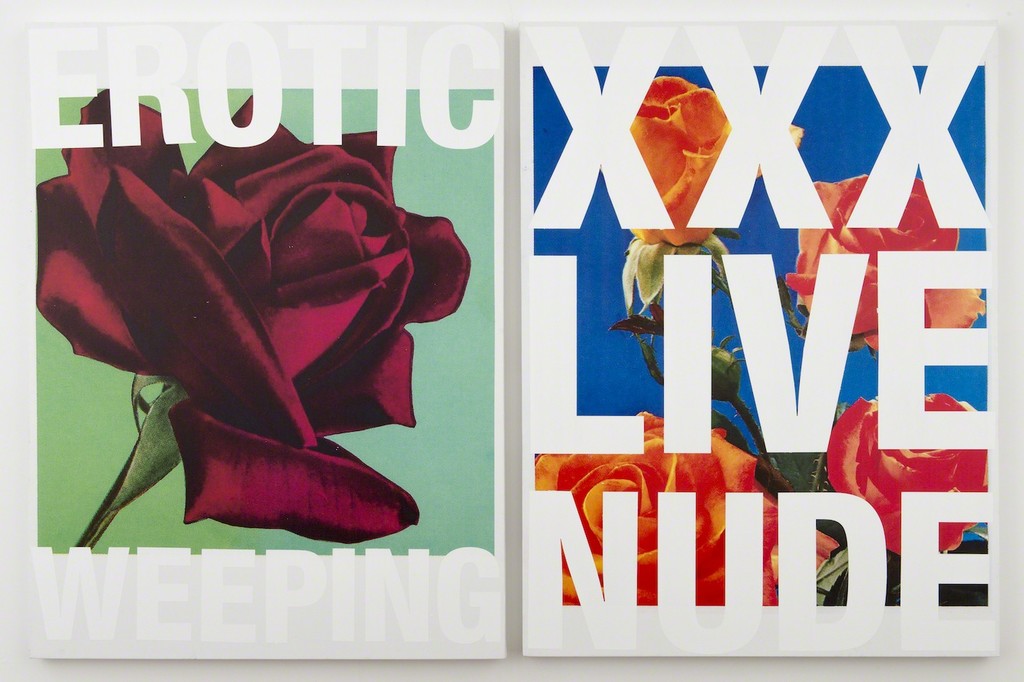 Castor Gallery is pleased to present Raw Power, an exhibition of new works by Cali DeWitt, Tamara Santibañez, Jonathan Chapline, B. Thom Stevenson, and Roberta Coni. This exhibition will be the artists’ first show with the gallery, featuring 10 original works. Their works will be displayed in the ground level of the gallery.

Jonathan Chapline was born in Savannah, Georgia, and raised in Waco, Texas. After attending Rhode Island School for Design, including its European Honors Program in Rome, Chapline moved to Brooklyn, exhibiting his work throughout the borough. His paintings are composed of geometric planes, creating images that are bold, and linear, inspired by graphics.

Roberta Coni is an Italian artist who works primarily within the medium of painting. Her large-scale paintings, most often focus on the human figure, and are created by mixing oil paint with bitumen, melted wax, and glue. While her paintings remain realistic, the rough texture of the work gives her pieces a more complex quality, alluding to the turbulent inner psychology of her subjects.

Cali DeWitt, a multidisciplinary artist based in Los Angeles, is entrenched in many different facets of the art world. He was the operator of Hope Gallery and the record label Teenage Teardrops, all while simultaneously producing his own art and exhibiting in galleries worldwide. His work often incorporates both text and imagery, initiating a dialogue as soon as a viewer approaches a piece. DeWitt recontextualizes images found in popular media sources, assigning images new meaning and significance in their pairing with the accompanying text.

B. Thom Stevenson gives the term multidisciplinary new meaning; he has worked as a painter, an art director, a video artist, and a performance artist. Based in Brooklyn, he also creates interactive immersive spaces that have travelled from New York City to Miami. He attempts to insert a sense of play and pretend in his performance art as well as his paintings, incorporating references of famous works by Picasso and everyday objects such as bumper stickers.