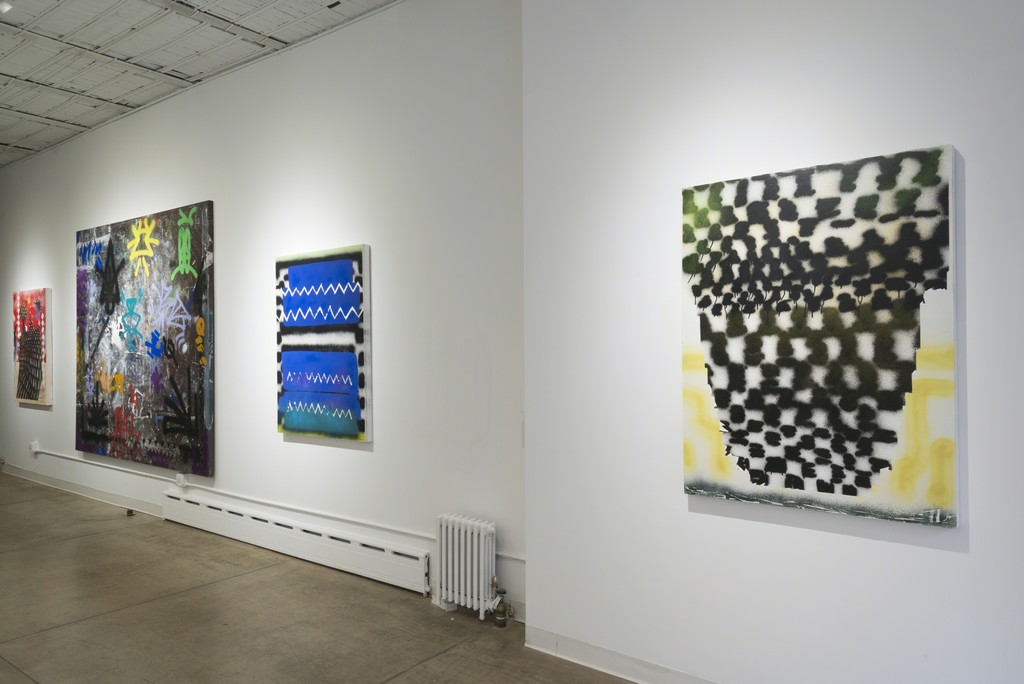 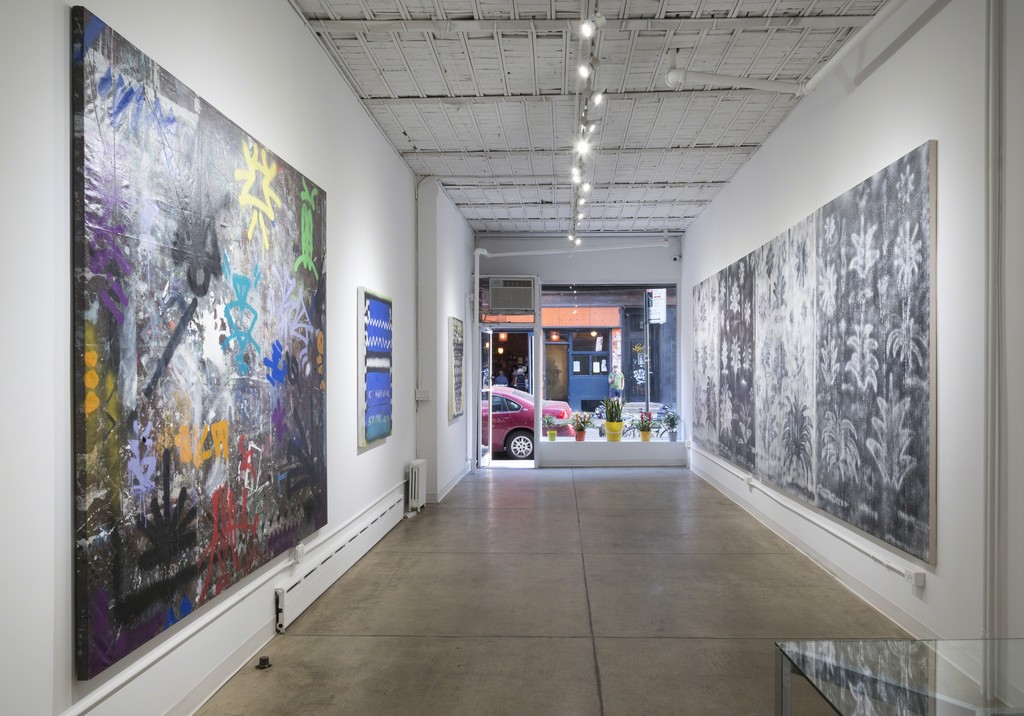 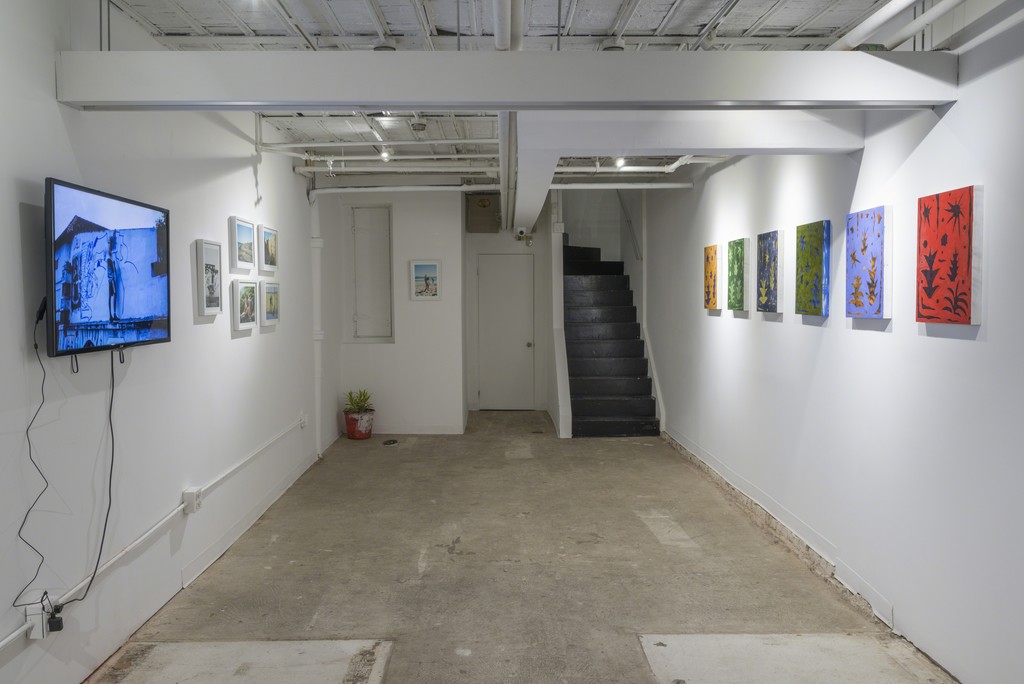 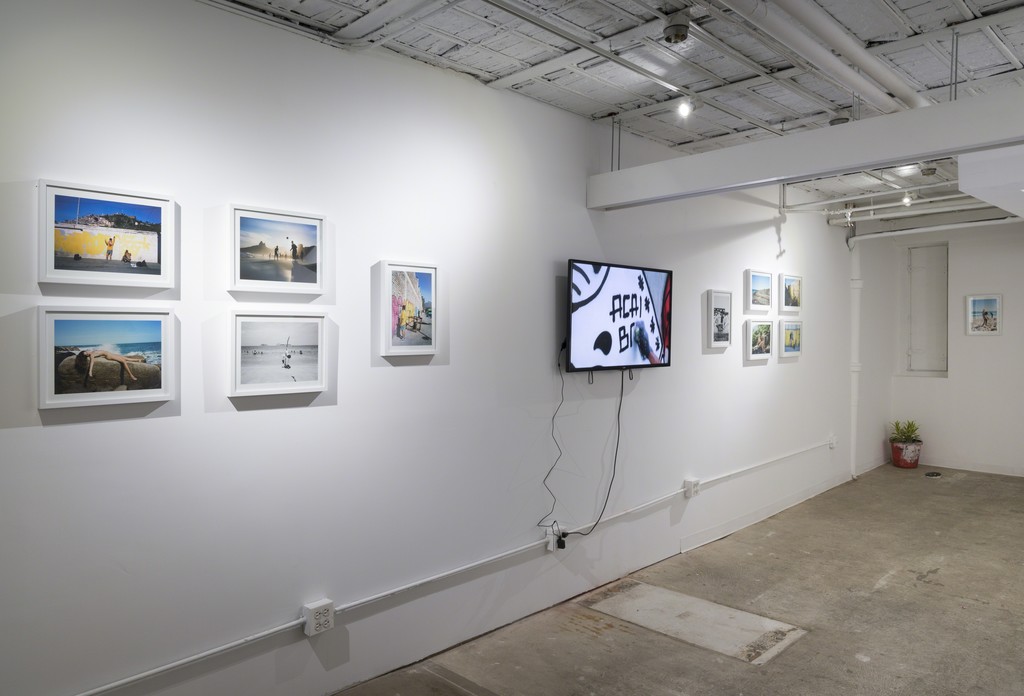 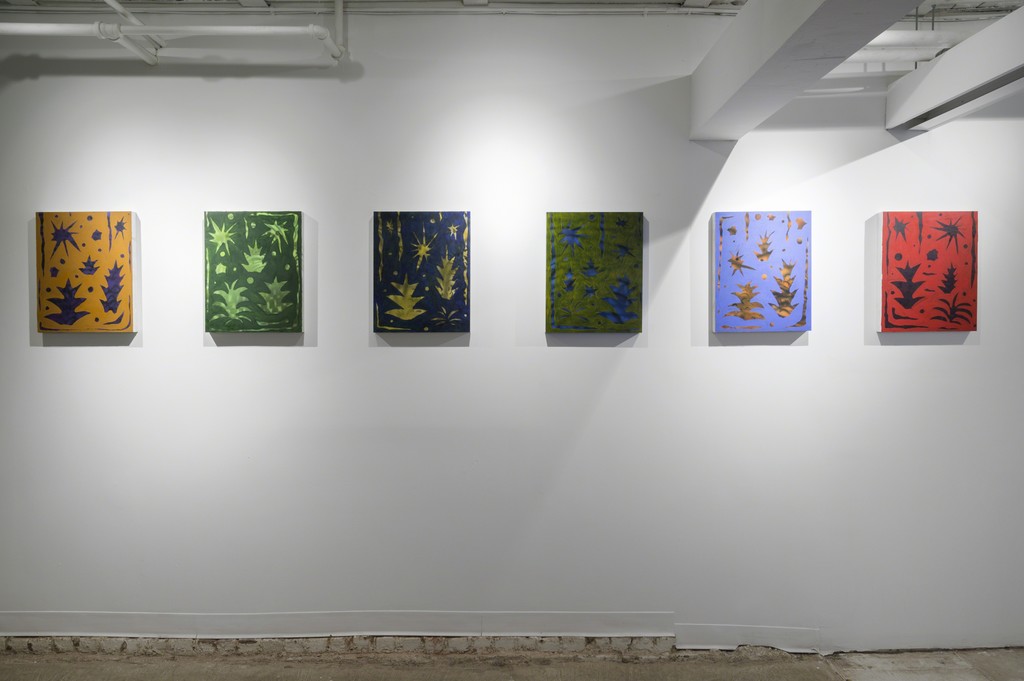 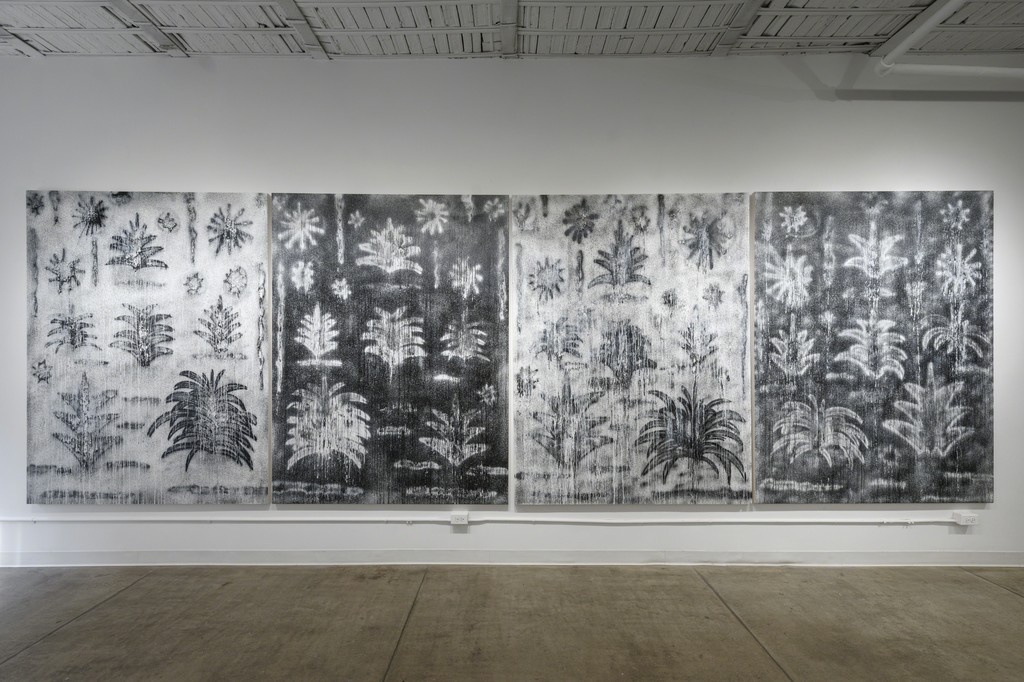 Castor Gallery is pleased to present Something the Sun Would Say, an exhibition of new works by New York-based artist, Sabio. This will be the artist’s first solo exhibition with the Gallery, featuring fifteen original painted works of varying sizes. The artist will be in attendance for the opening reception on Thursday, June 4, 2015.

Having recently returned from a nine-month stay in Rio Di Janeiro, Something the Sun Would Say is a tropical themed exhibition of painted works. Sabio depicts wistfully abstracted lush scenes using a bright color palate juxtaposed against the bold, geometric style patterning associated with Brazilian street art. Each piece is created freehand using a combination of spray paint and acrylics. Sabio produces each painting in a single, exhaustive studio session, thus lending a spontaneous, active impression to the work. By combining bold dark Brazilian influenced Pixacao-style patterning with the vivid colors characteristic Rio Di Janeiro, the artist poses a comparison between the natural vibrancy of tropical Brazil and the sweltering New York summer. Beyond this cultural collaboration, there is also an element of introspection to the series as Sabio explores the dueling cultures, which comprise his own evolving identity.

Born in 1975 to a Brazilian family living in Philadelphia, Sabio became fascinated with Philly’s thriving graffiti culture age of 10. After attending high school in New Jersey, Sabio ventured New York to study mathematics between 1997 and 1998. The artist adopted the name S.A.B.I.O, which stands for Supreme Articulation Bouncing in Orbit and also means, “wise or knowing” in Portuguese. This name signifies the artist’s universal curiosity and effort to articulate his opinions and artistic identity through a publically displayed pictorial language. Sabio’s work explores issues of history, culture, language and anthropology. His tags blend urban and tropical aesthetics to create a dialogue between each culture.

For the opening reception, the Gallery itself will be transformed into a tropical oasis to underscore this cultural dialogue. Lush potted plants will be interspersed among the larger paintings displayed on the upper level. The lower level will be reimagined into a subterranean “rooftop” beach, an iconic scene of New York in the summer. While each piece intends to be considered individually, together they form a brilliant, lively mosaic, rich with anthropologic symbolism and a reviving summer atmosphere.