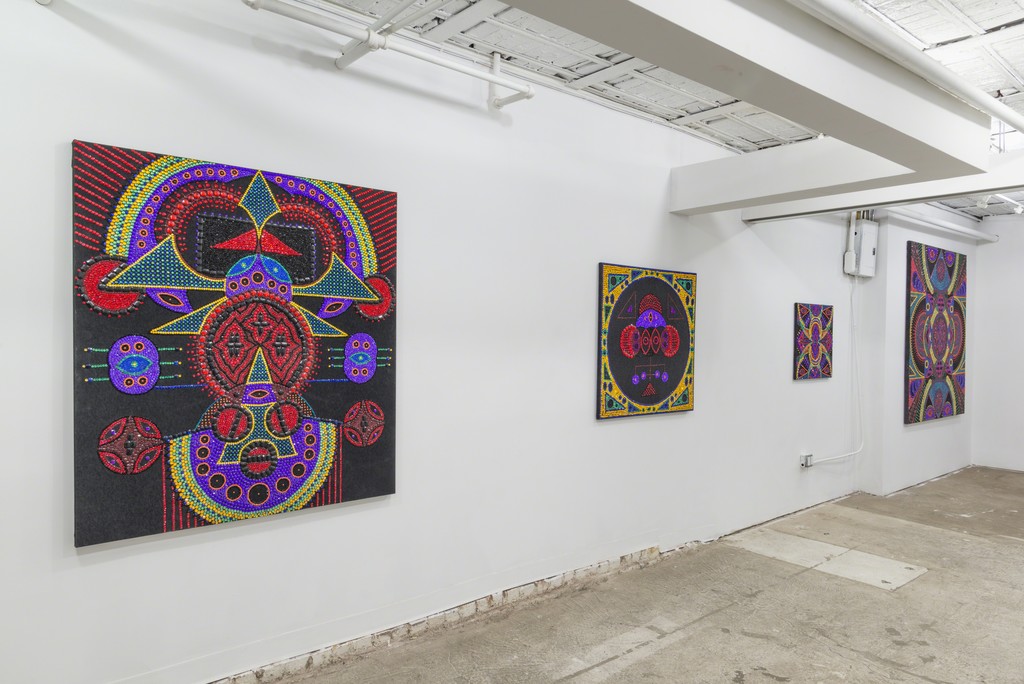 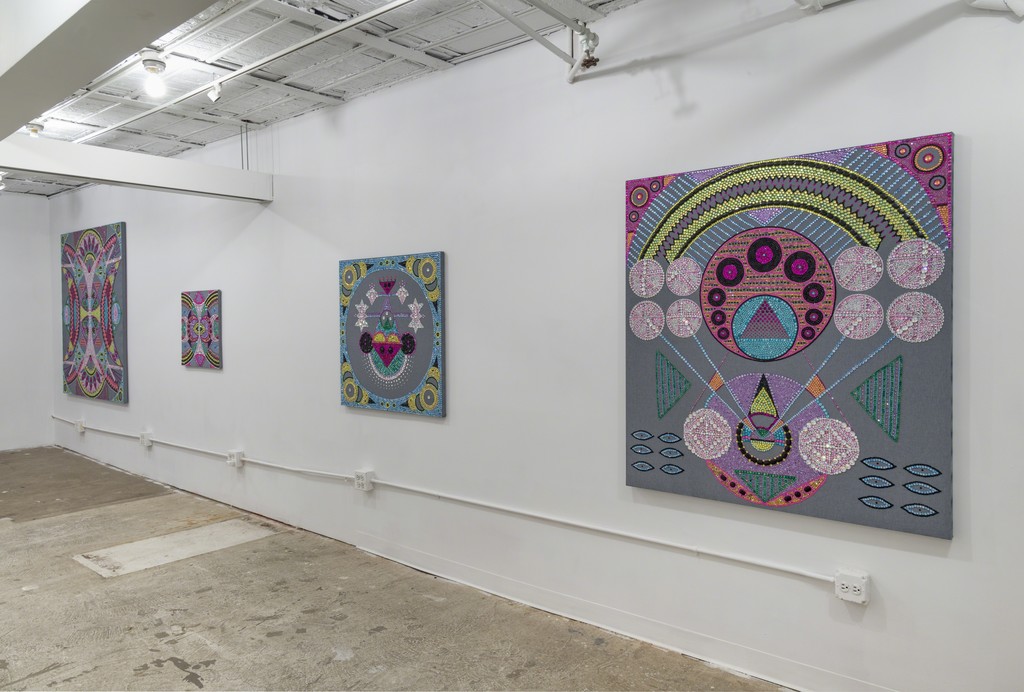 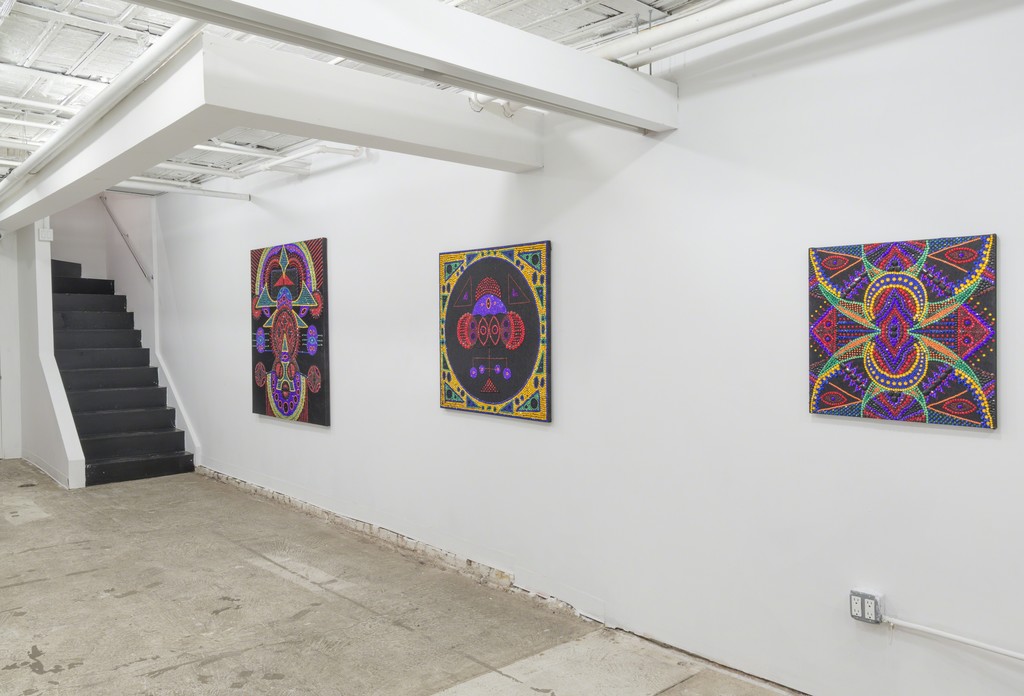 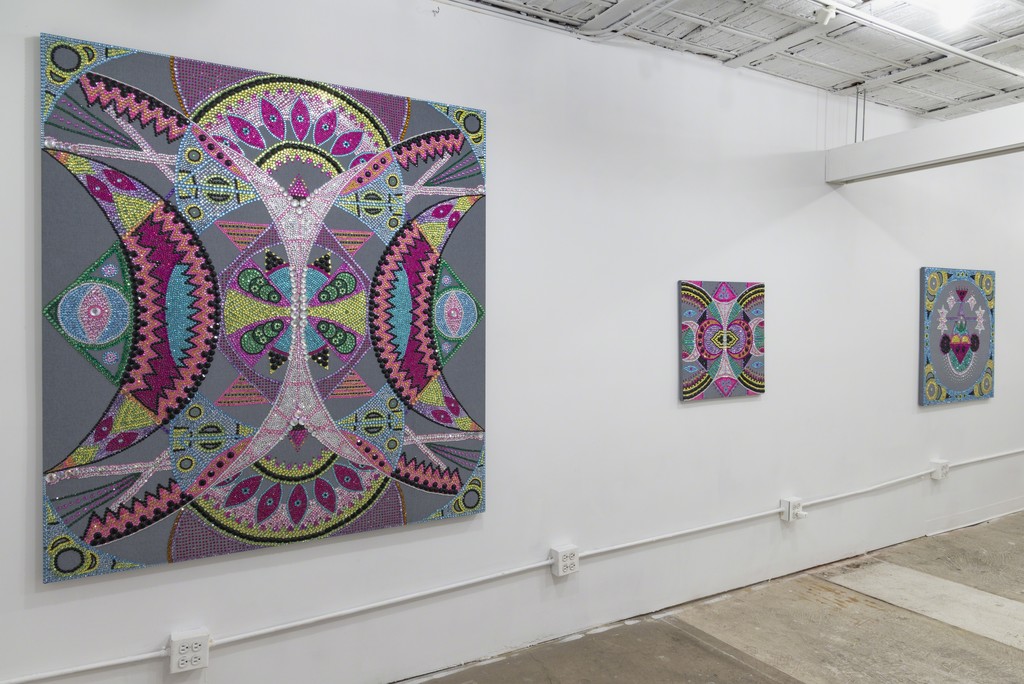 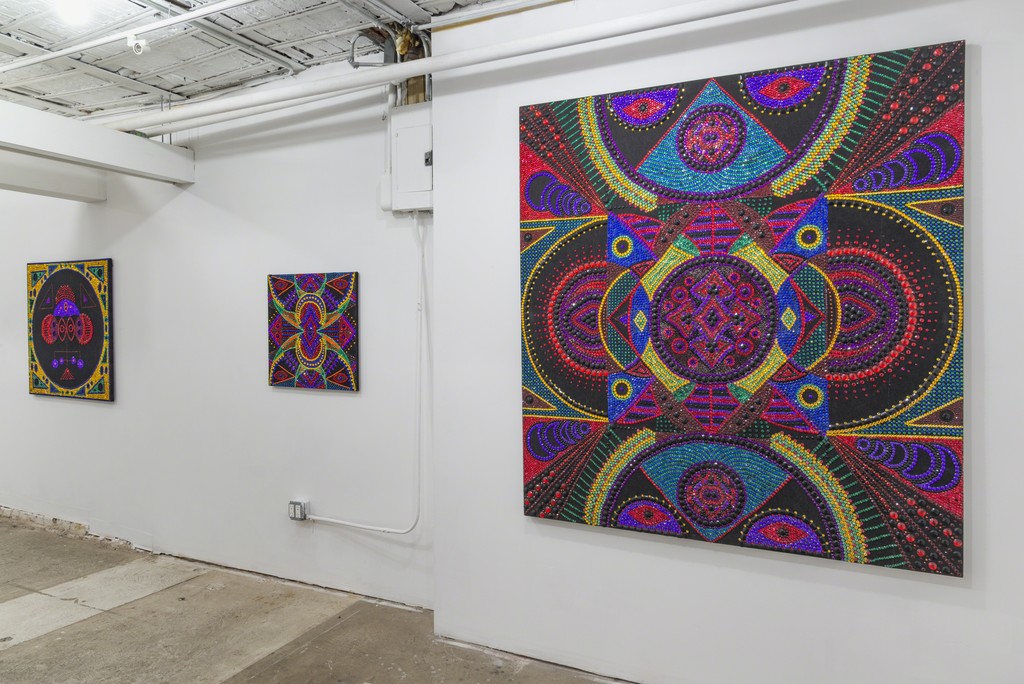 Castor Gallery is pleased to present Plastic Wood and Veils, two solo exhibitions by Brooklyn-based artists, Royal Jarmon, and Evie Falci. This will be the artists' first solo shows with the gallery, featuring paintings and mixed media works on both the ground level and lower level of the space. The opening reception will be from 7-9 pm on Thursday, June 16, 2016.

Royal Jarmon's paintings are primarily concerned with notions of illusion and space. Forms and textures seem to protrude from the surface of his paintings through his understanding of spatial relations. The instantly recognizable Lego people have become common characters within his oeuvre, where Jarmon's practice heavily involves rendering 3-D forms within a 2-D world. The Lego people serve as a kind of blank avatar, a figure of possibilities and a vessel to be imbued with meaning.

In this newest body of work, Jarmon has deconstructed the iconography found in the computer game "The Oregon Trail", a game common to American classrooms throughout the 80's and 90's. Also inserted into the works are plastic pieces found within Lego sets like orange blob-like 'flames' and yellow numbered 'coins'. This hybridity of early childhood and pre-adolescent games become fused into a miasma-like space, one of nostalgia and uncertainty.

Evie Falci creates pieces composed of untraditional materials such as rhinestones and denim, which resemble intricate tapestries produced by traditional weaving methods. Her rigorous studio practice incorporates contemporary design and occult traditions, as well as art history. These works reference sand mandalas, Middle Eastern mosaics, and Paleolithic cave paintings while also gesturing toward patterns and practices of haute couture and street style. Her use of geometric forms and patterns are central to creating her hypnotic visions.

In this body of work, Falci reflects on her desire to create objects for psychic space. Taking its cue from the High Priestess card of the Rider Waite Tarot deck, Falci's has created a series of works envisioning the surrounding area of the scene found within the card. The pillars of Light and Dark are interpreted as a series of bright rhinestones on midnight blue denim and pastel opalescent rhinestones on light denim. This prismatic act continues the artist's interest in opening portals and possibilities.

Jarmon and Falci seek the hidden potential in mass-produced units. The plastic Legos, rhinestones, and digital pixels are building blocks of limitless potential for the construction of larger wholes. Both artists have developed a personal formal language of composition and color values. These formal strategies are vital to the realization of the imaginary space found within their work. Both artists seek to mine their relationship to childhood visual references. From the digital quest found in Oregon Trail to the mysterious origins of the Tarot, the urge to play and derive meanings from games exceeds cultures and time. The works in Plastic Wood and Veils depict the artists' views on the transcendental nature of memory and the interconnectedness of memory and art.