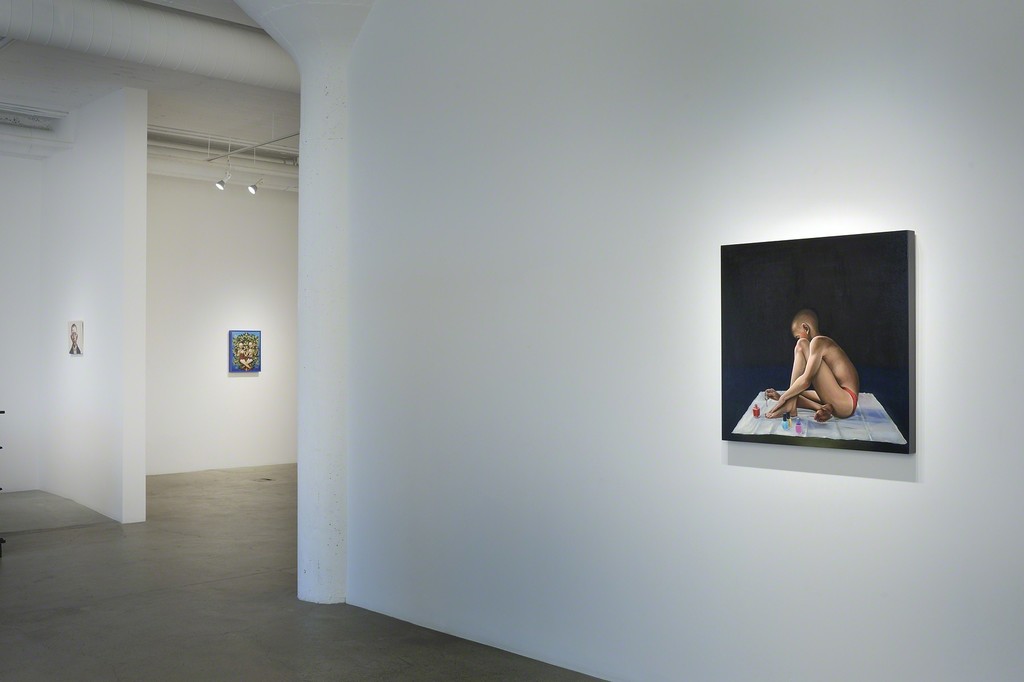 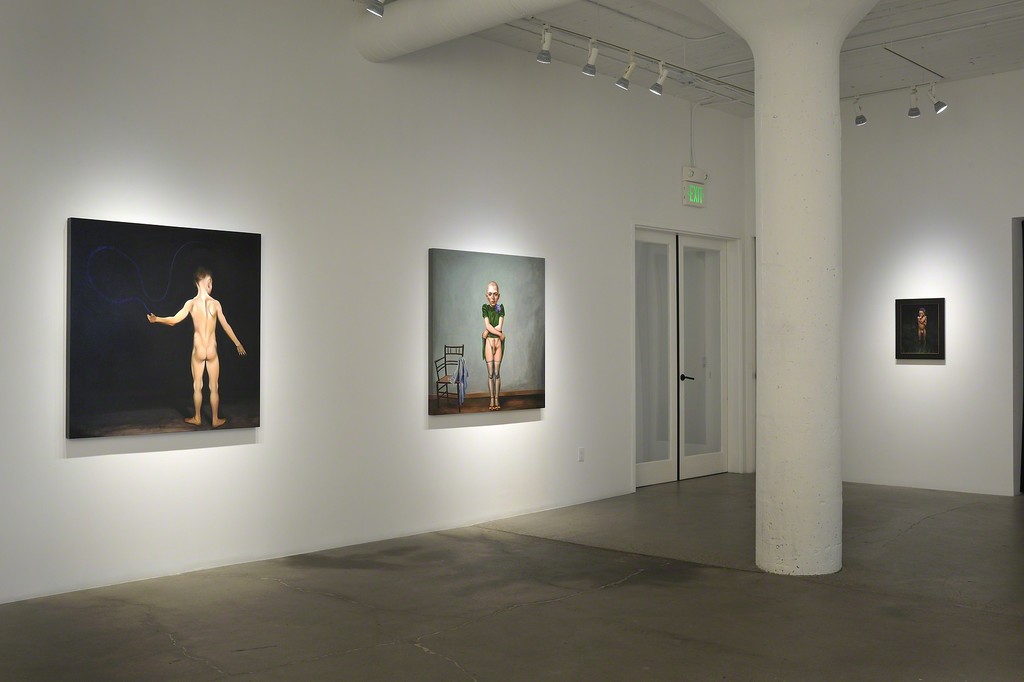 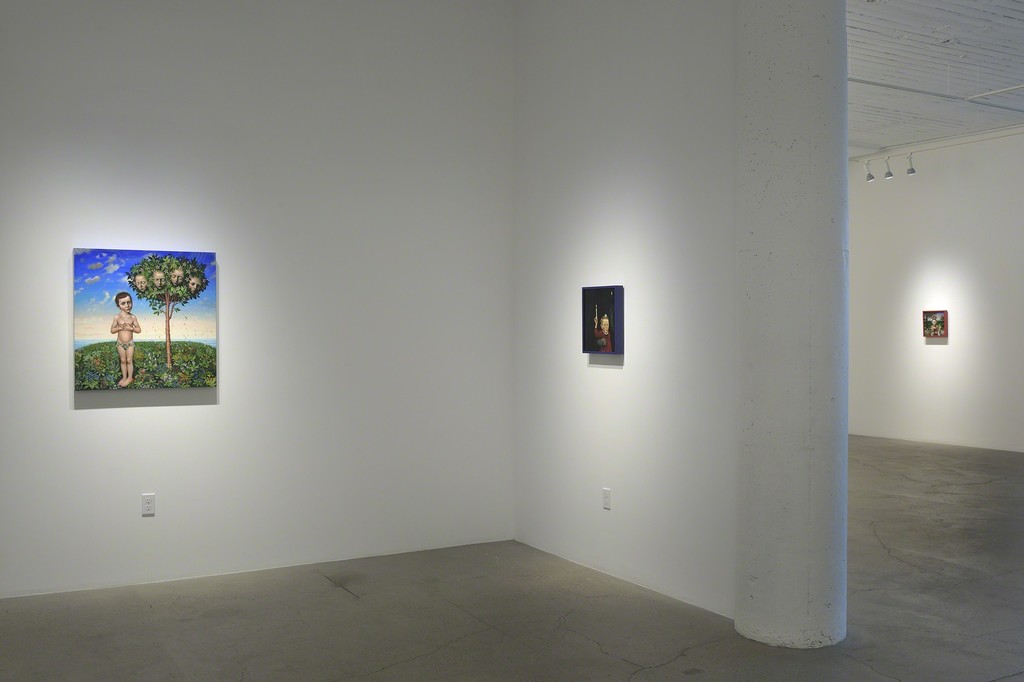 Catharine Clark Gallery presents Cloverleaf, an exhibition of new work by Timothy Cummings. This will be the first view of Cummings’s work in our newly renovated gallery space. The exhibit consists of paintings on wood panel and is driven by the artist’s relocation to the place of his birth: Albuquerque, New Mexico. This recent move, as well as the artist’s 2013 residency in São Paulo, Brazil have spurred Cummings’s exploration of dualities—insider/outsider, self/other, the collision of nostalgia and the present.

Origins (2014) is a fresh iteration of the dichotomies long present in Cummings’s work. The figure depicted is a familiar one: simultaneously male and female; youthful with a sage mien. But here the influence of Brazilian Carnival culture is apparent in the uninhibited use of color and fusion of European and South American elements in the costuming and landscape. The egg references regeneration and rebirth, and the metamorphic essence of Carnival—a modern-day pageant and glamour-infused celebration rooted in Brazil’s brutal history of African and indigenous slavery. The bird—a ubiquitous symbol in Cummings’s work—appears here like a phoenix, emphasizing the idea of renewal through destruction, and lending to the mystical element of the piece.

Cummings’s recent move back to his childhood home has prompted the artist to revisit the theme of searching and self-identity. Expressed through the use of figures reflecting Cummings’s countenance, these characters act as masks or foils for different elements of his identity. In Gregory, (2014), a tree enshrouds four faces, while the full figure stands exposed and open, with an innocent self-consciousness. The gaze of each face tells a completely different story. Growing up as a “young gay” in New Mexico, and throughout his formative adult years spent in San Francisco, Cummings always knew he would return home. Though his geographical journey has come full circle, his exploration of children and adolescents struggling with issues of sexuality in an adult world continues—a theme embodied by the skinned-kneed, rosy-cheeked flasher in Rose Garden (2014).
Cummings derives inspiration from the Northern European master painters—especially Hans Memling. On a visit to the Museu de Arte de São Paulo during his residency, Cummings stumbled upon Memling’s original The Mourning Virgin With St. John the Baptist and the Pious Women of Galilee, a painting he has been obsessed with for years. Cummings visited the painting over 30 times during his stay in Brazil. The moody, androgynous faces of these women play a major role in the work for this exhibition. While many of these paintings are of the same small, intimate scale in which he typically works, Cummings’s move to New Mexico has expanded his studio space to accommodate the creation of a few larger pieces atypical in the artist’s repertoire. This current body of work belies Timonthy Cummings’s lack of formal training and speaks to his life-long discipline and dedication to observation as a tool for realizing his craft.