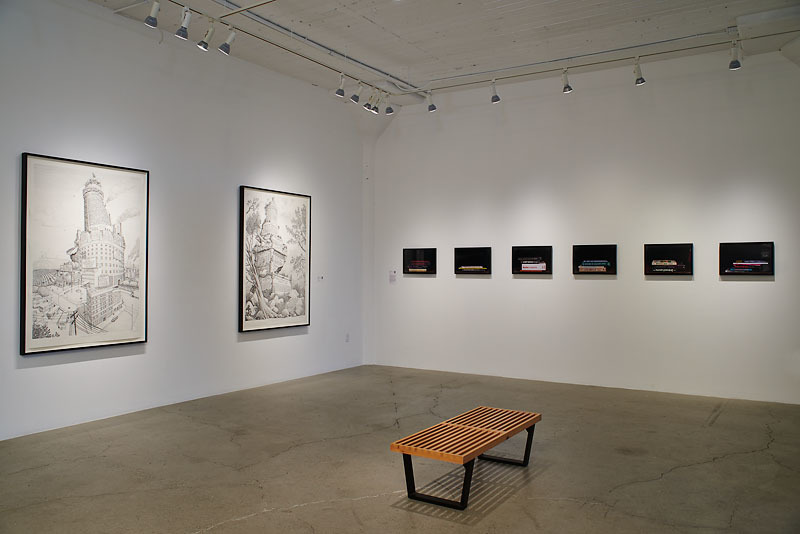 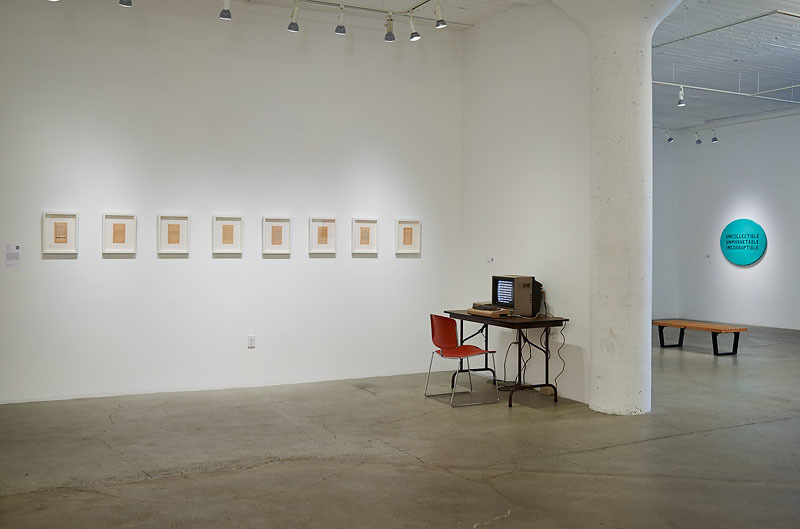 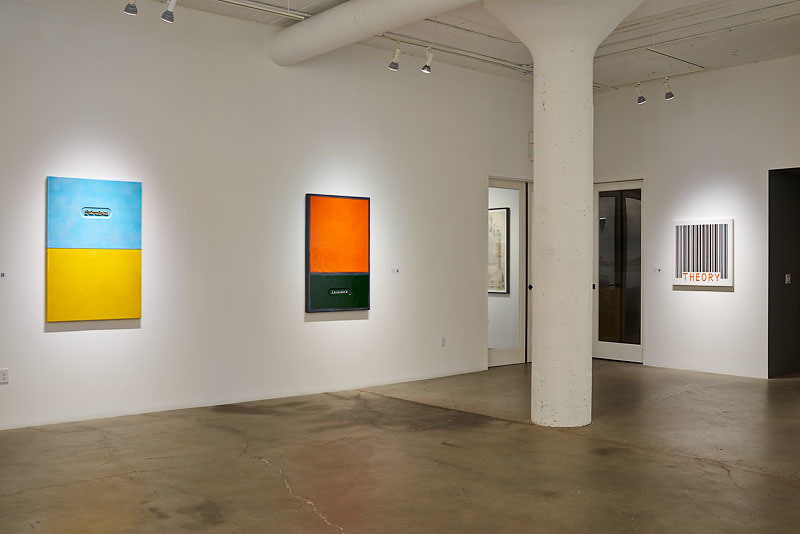 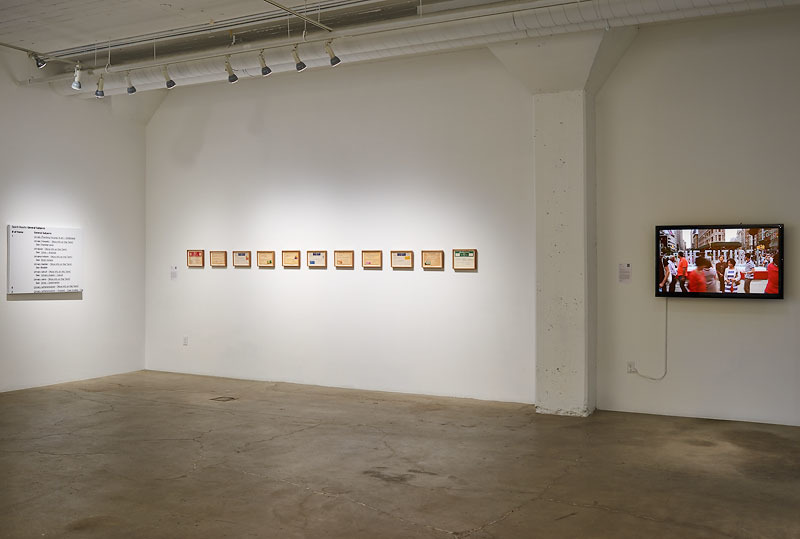 Catharine Clark Gallery presents G̶A̶R̶B̶L̶E: selected work by artists who combine text and image, or word and object—often thwarting, subverting, scrambling or distorting the meaning, use, narrative and context of language norms. The initial meaning of these works seems garbled or destabilized, until confusion gives way to an intelligibility of a higher visual order. The lexical becomes imagistic. After a successful abridged presentation of GARBLE at TX Contemporary art fair in Houston last year, this exhibit will revisit and expand the concept in our San Francisco gallery space with work by several gallery artists. Nina Katchadourian will debut photographs from Kansas Cut-Up (a new addition of works to her on-going Sorted Books series) created by combing through the personal book collection of deceased author William S. Burroughs. Katchadourian’s stint in Lawrence, Kansas, where Burroughs spent the last 16 years of his life, produced a fascinating glimpse into Burroughs’s role as a writer, shaman, drug-user, artist, animal lover, recluse, eccentric, and friend to the Beatniks. New works on paper by Sandow Birk from his Imaginary Monuments series include Revisiting the Ruins of the Temple of Intolerance (2014). This drawing depicts a crumbling tower bearing the titles of bigoted statutes, which discriminate on the basis of every standard imaginable. Birk combines text and image in his work to draw attention to the dismantlement, as well as the stubborn societal effects of legislation such as the pre-Civil Rights era miscegenation and Jim Crow laws, the Defense of Marriage Act, the Uniform Code of Military Justice, and others. Charles Gute’s series of works on paper titled Random Tweets Reformatted as Telegrams suggest a speculative overlap between two disparate periods in the history of social media. Gute fabricates authentic-looking telegrams using vintage paper and letterpress techniques, onto which real twenty-first-century Twitter messages are transcribed. The many stamped and handwritten notations on these anachronistic documents suggest the expensive and labor-intensive infrastructure that was once required for their transmission, in humorous contrast to the sometimes banal and seemingly bottomless content that today's electronic communications engender. Several text-based wall sculptures by Walter Robinson mix dark humor and ambiguity with bright, gleaming, meticulous treatments. Robinson masterfully isolates, strips and then dresses words in his signature style; reminding viewers that context is the master of meaning. New media content in this exhibit will feature the work of LigoranoReese, Anthony Discenza and John Slepian. Video documentation of LigoranoReese’s Dawn of the Anthropocene (2014) shows a 3,000 pound ice sculpture of the words THE FUTURE melting outside the Flatiron Building during the People’s Climate March last year in New York City. The work documents the disappearance of THE FUTURE and the public’s reaction to LigoranoReese’s provocative statement about climate change and the impact of humanity on the world’s ecosystems. John Slepian’s new media work SOL (2014) uses the language of Sol LeWitt and computer programming to explore the “techno-utopia” of the early personal computer movement and conflate ideas about the systematic approach to and the aesthetic progress of early conceptual art. In our dedicated media room, Anthony Discenza’s audio-based work, A Sculpture, continues the artist's investigations into systems of textual description.