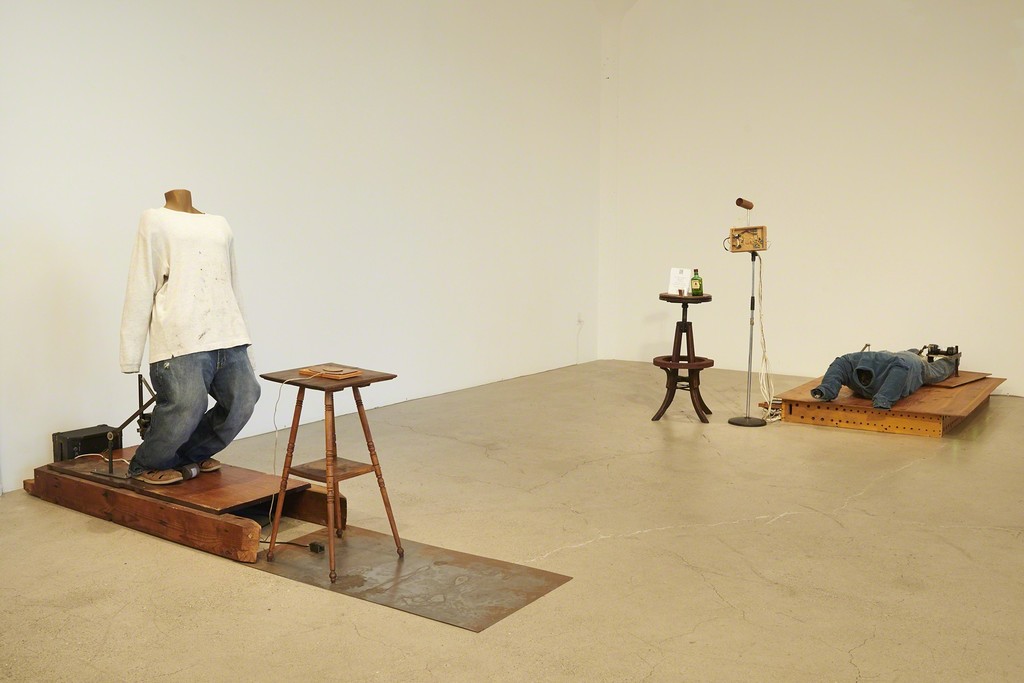 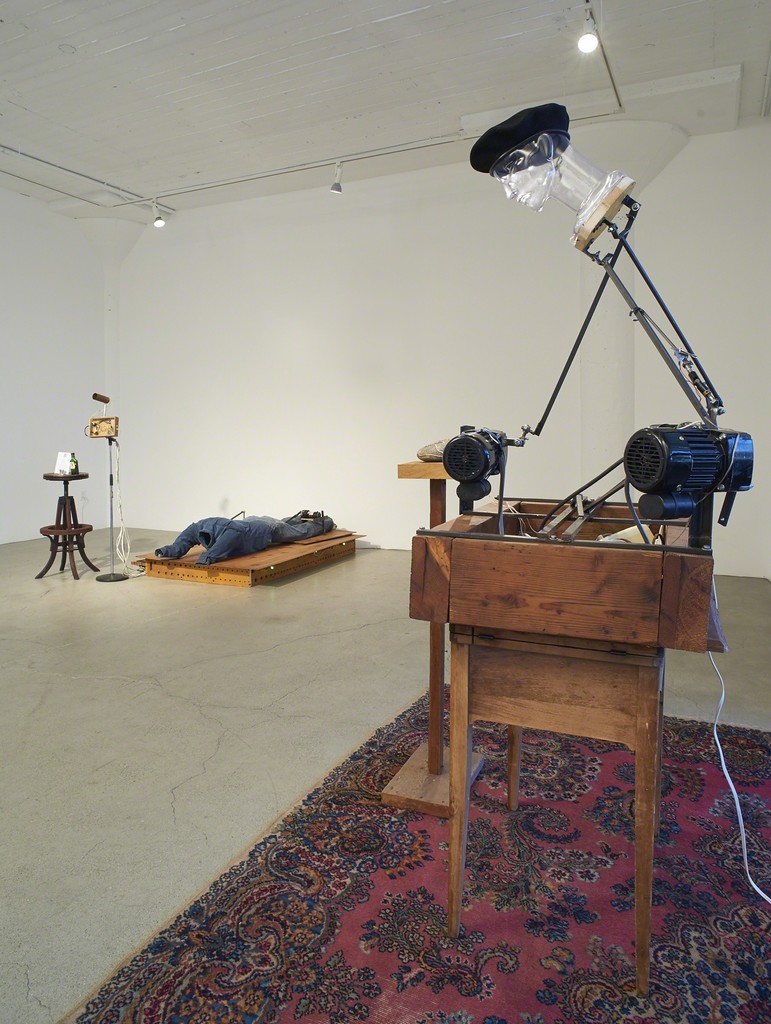 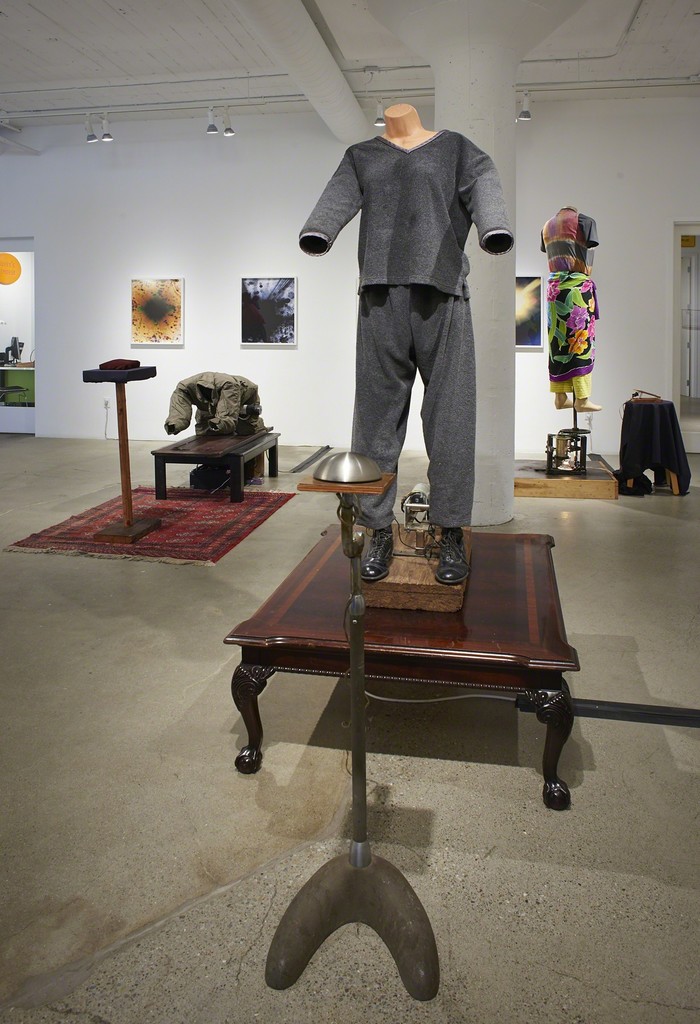 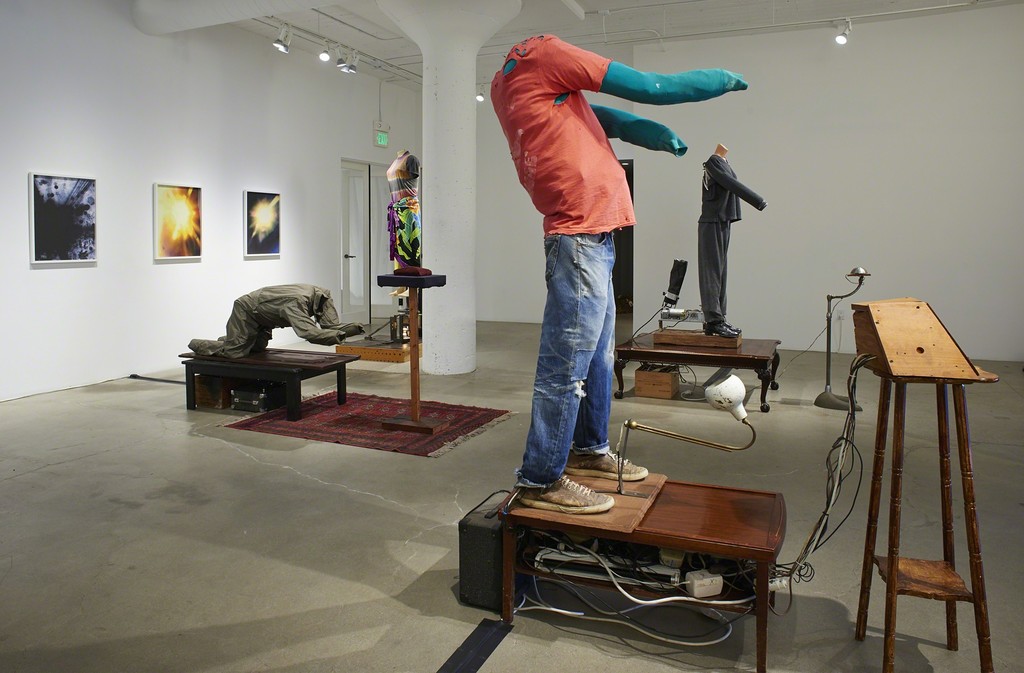 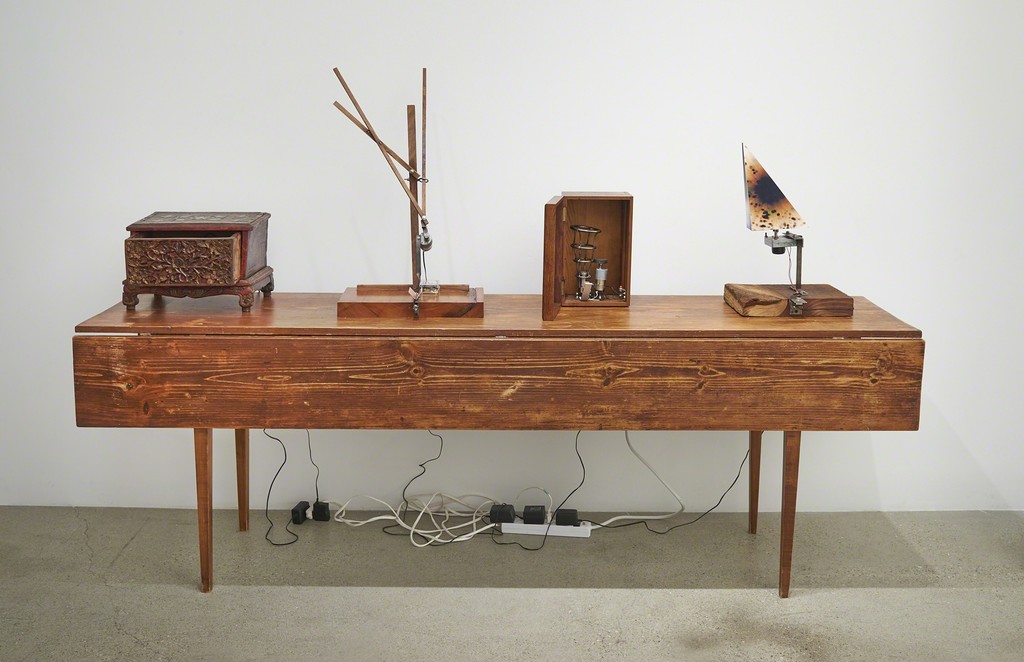 Catharine Clark Gallery is pleased to announce our first solo exhibition of work by Kal Spelletich. On view April 11 – May 30, 2015, Kal Spelletich: Intention Machines features approximately seven robotic sculptures, each representing an actual person influential in Spelletich’s life and artistic career. Several photographs of the sun, which Spelletich took with a digital camera modified with various apparatuses, will also be presented as part of the exhibit. A video documentary and paraphernalia from the production of Jo Harvey Allen’s performance Hally Lou (1983) will exhibit concurrently in our dedicated media room. Kal Spelletich will be present for the exhibition opening on Saturday, April 11th 2015, from 5 – 7 pm.

In his capacities as an artist, Zen philosopher, ardent activist, inventor and musician, Kal Spelletich has spent his creative career exploring the powerful possibilities of combining art and mysticism with the rigors of science and technology. Spelletich is well known for his mechanized, fire-ensconcing robotic art, but his latest work leans away from pyrotechnics and towards a spiritual vein. Intention Machines features seven headless robots—avatars of friends, mentors and heroes who have profoundly influenced the artist’s life. Each robot is titled for its namesake, and wears unwashed work clothes previously owned and worn by the person embodied by the work. Emory Douglas, who worked as the Minister of Culture for the Black Panther Party in the 1960s, as well as poet and artist Lawrence Ferlinghetti are among those represented by Spelletich’s machines. His mechanical models genuflect, clasp hands in prayer and whirl like Sufi dervishes.

Viewers activate the robots by touching an interface sensor that enables the machine to ‘read’ the viewer, and react with a responsive gesture. Sensors on the robots are programmed to detect a variety of inputs: proximity, touch, force, breath-alcohol content, polygraph metrics, and ambient sound. Responses are spontaneous and unique—the robots have no stored memory. Each of the photographs in the exhibit relates to the same individuals personified by the robotic sculptures. Spelletich took the photographs with a digital camera modified by a child’s magnifying glass and lenses cannibalized from old slide projectors in an attempt to view the sun in a way one cannot with the naked eye. Spelletich’s process is very much rooted in his desire to pay homage to his mentors. The work titled after Martha Wilson was taken while Spelletich was conjuring her presence during a partial solar eclipse.