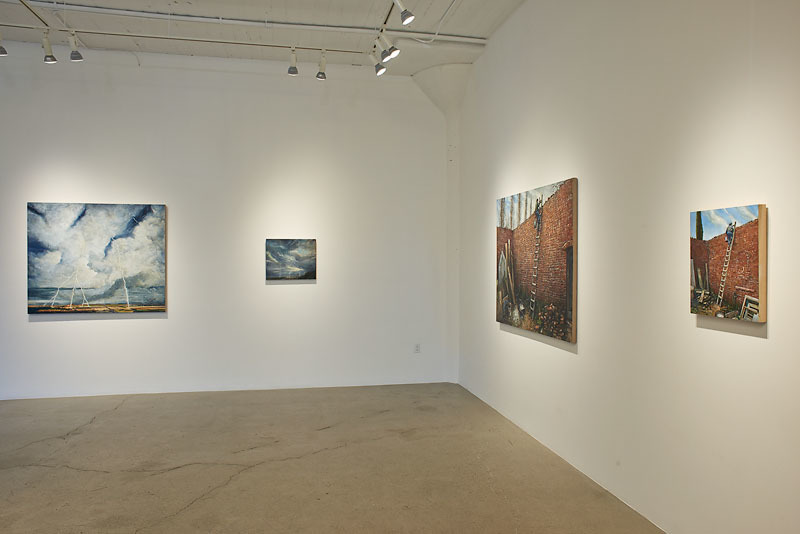 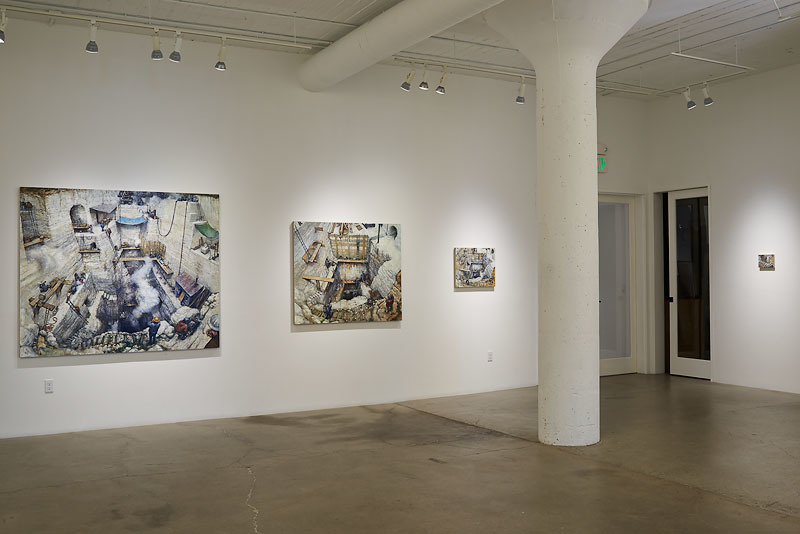 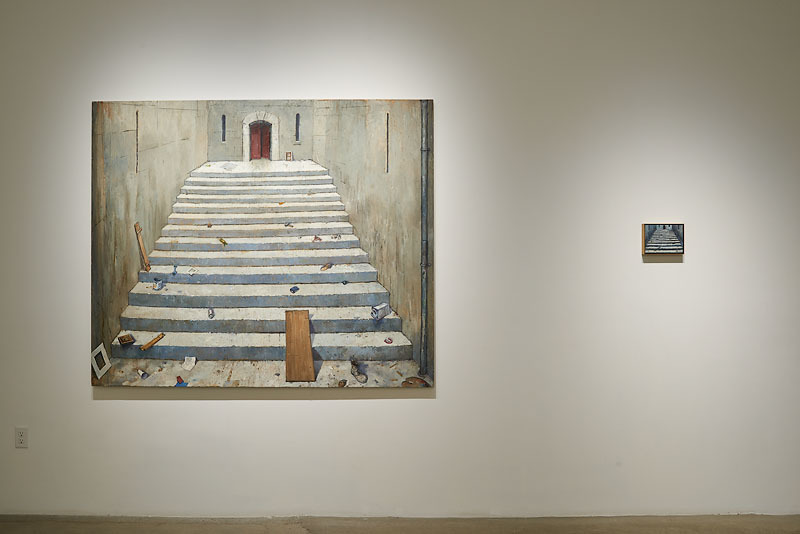 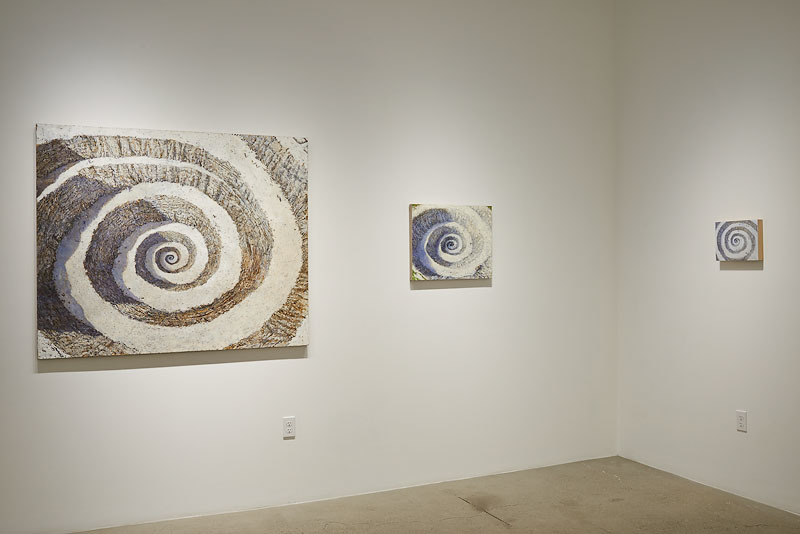 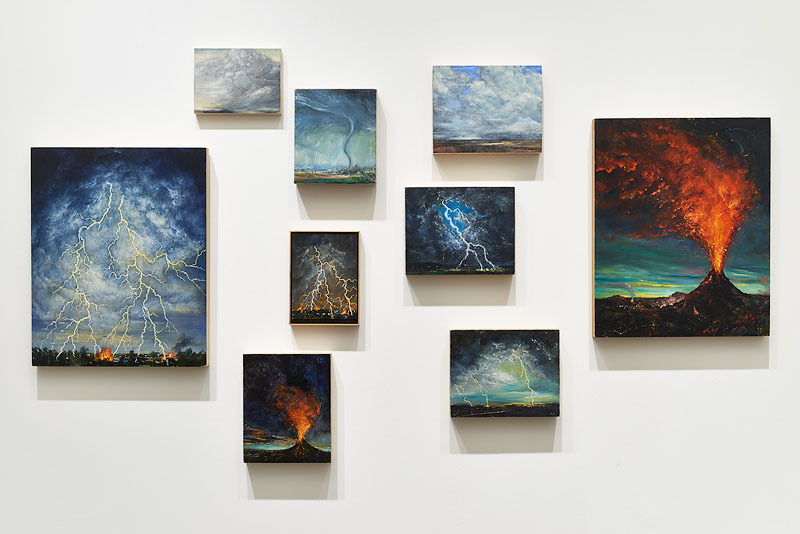 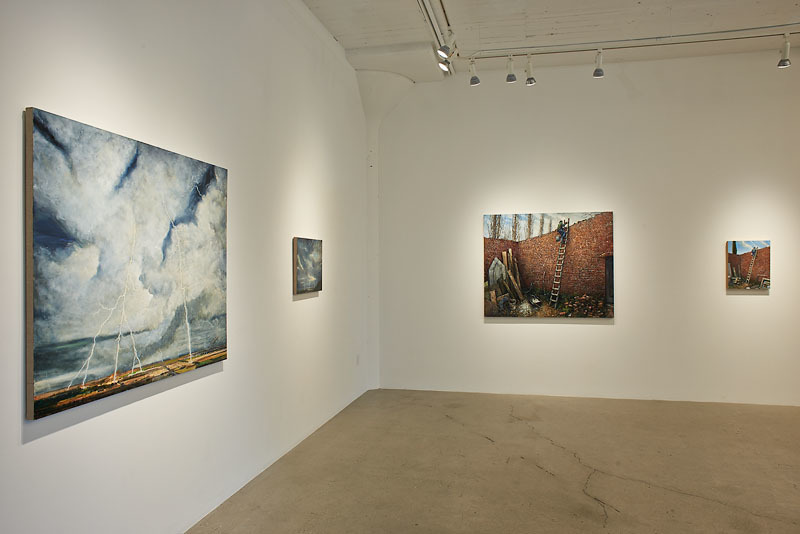 Catharine Clark Gallery presents Mad abundance, a solo exhibition of work by Chester Arnold. A line of poetry titles this show—one of many composed by Arnold and inscribed on the backs of his paintings. It speaks to the passionate intensity, colorful history, and fecund forms and sources referenced in Arnold’s paintings of earth’s extremes. A recent trip by Arnold to the Tahoe Basin in the Sierra Nevada Mountains spurred this new conceptual direction, deftly portrayed by formal aesthetic choices in palette, color and light. Mining as a metaphorical and literal phenomenon is an obsessive subject for Arnold, appearing anew in works like The Bottom of the World (2014). Arnold grew up on fantastical stories of his ancestors in the gold trade: one uncle smuggled gold across the US-Mexico border landing himself in San Quentin; another left Arnold enough money from his mining adventures to finance a European tour for the young, struggling artist. But the abundance drawn out of the earth holds as much meaning for the artist as the cavity left behind. The mesmerizing form of the mine spiral, depicted in sub specie Aeternitatis (2014) is what anchors Arnold’s most recent work. Poetry written on the back of the canvas speaks of the spiral’s “churning depth/irresistible rhythm,” as a universal force. His words suggest segues to paintings such as Three Strikes (2014) with its extreme, abundant energy from above providing counterbalance and connection between earth and sky. Arnold cites Possessions (2014), a work inspired by the environs of the Tahoe Basin, and inscribed on the back with the poetry which titles the exhibit, as the first painting in this current direction. The romantic beauty of the natural world present in the pond, trees, sky and snake is subverted by Arnold’s preoccupation with the detritus of human accumulation littering the scene. Nature’s landscape however, in power and abundance, triumphs—a departure for Arnold. Rendered awestruck by the earthly phenomena he witnessed around the time of his exhibit at the Nevada Museum of Art in 2010, Arnold’s new divergence, informed by greats like Carl Blechen and Johan Christian Dahl, seems an egress from the politics of landscape and a renewed attempt to bear witness to the might of heaven and earth.