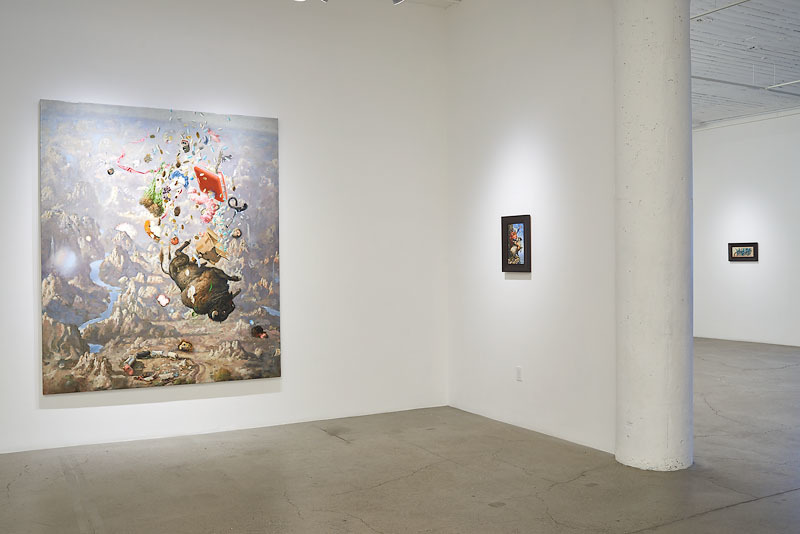 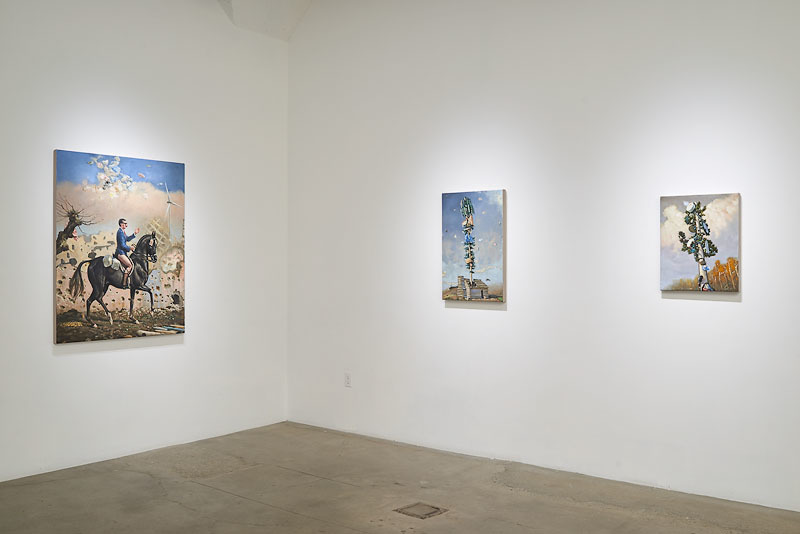 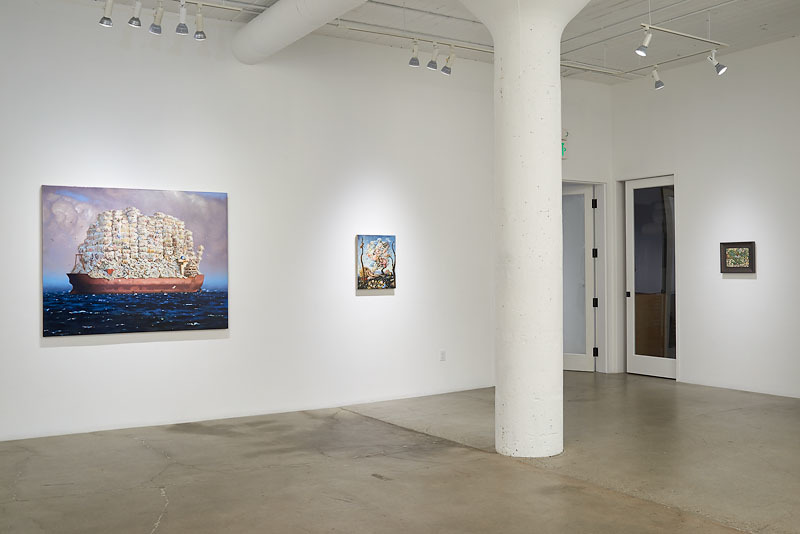 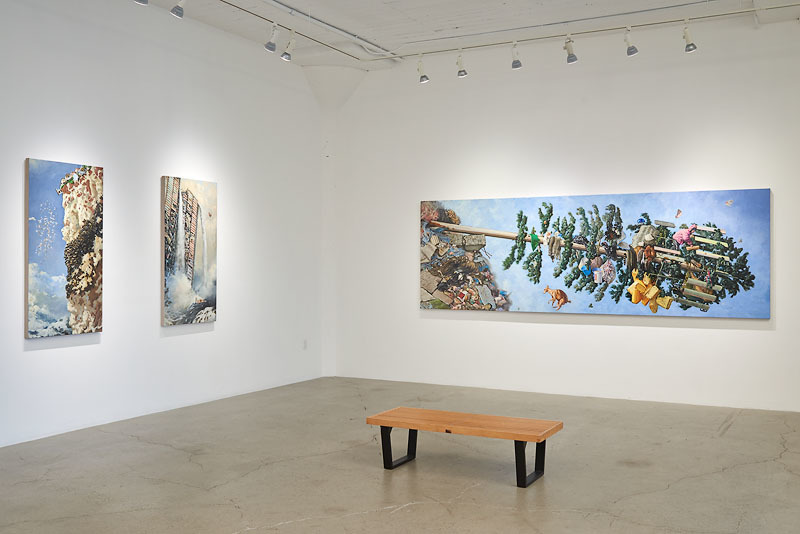 Catharine Clark Gallery presents Deep State, an exhibition of new work by Scott Greene, his fourth solo exhibition with Catharine Clark since 2004. On view June 6 – August 22, 2015, Deep State features paintings and prints in which the notion of power appears as a deep and abiding thread. A video project by Kevin Cooley titled Fallen Water (2015) will exhibit concurrently in our dedicated media room. Scott Greene and Kevin Cooley will be present for the exhibition opening on Saturday, June 6, from 3–5 pm.

Deep State is Greene’s response to current social and environmental issues. The title refers to the belief in a state within a state, an influential alliance of corporations and institutions actively subverting our democratically elected government for profit and power. Consistent with this undercurrent of influence, Greene’s affinity with Romanticism—a more personal and philosophic concept of Deep State—identifies his work within a tradition of narrative landscape, particularly American Sublime and the Hudson River School. Greene’s latest work reflects a crossroads where both past and present meet, and a vision of a dystopian future where popular culture collides with politics, technology and the environment with tragic results. Greene’s post-apocalyptic visions, however, are both sensuous and beautiful, as well as entertaining and humorous. The work seems to suggest that although life as we know it may radically shift, we can learn to adapt and make the best of a bad situation with whatever remains.

Greene continues his exploration of the natural world punctuated by artificial constructs, but with a new emphasis on imagery of the American West. In Siren (2015), a tower of outdated speakers and woofers elevate an antique air raid siren. A tumbleweed, so large as to possess its own gravity, is suspended in the sky like a lunar body. This modern day Tower of Babel, balanced against the irrational symbol of a romanticized bygone Americana, suggests the futility of technological innovations to actually improve communication, and an inevitable path towards nostalgia, waste and obsolescence. In How You Like Me Now? (2015), a pant-less Mitt Romney surveys a ruined landscape atop a formal dressage horse. Greene taps into a long tradition of pomp and arrogance in the form of a triumphant equestrian, and lends a historical permanence to Romney’s short-lived Presidential aspirations. The rider seems oblivious that he may become an “Emperor’s New Clothes” story of power, while his horse defecates gold coins in the latest version of trickle-down economics. Greene acknowledges a deep romantic inspiration in his compulsion to create Trading Post, a twelve-foot tall painting of a cell phone tower disguised as a tree. Uprooted and leaning from the weight of what it holds, the sheer scale of this phony species serves to emphasis a feeling of precariousness, and invites the viewer to immerse themselves and suspend their disbelief.