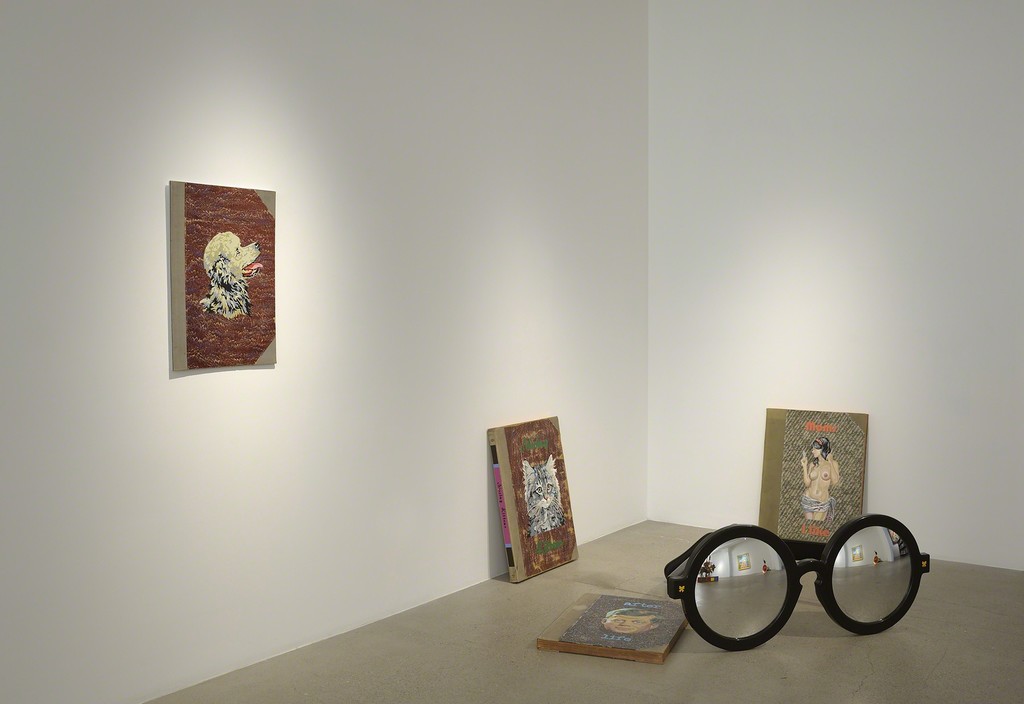 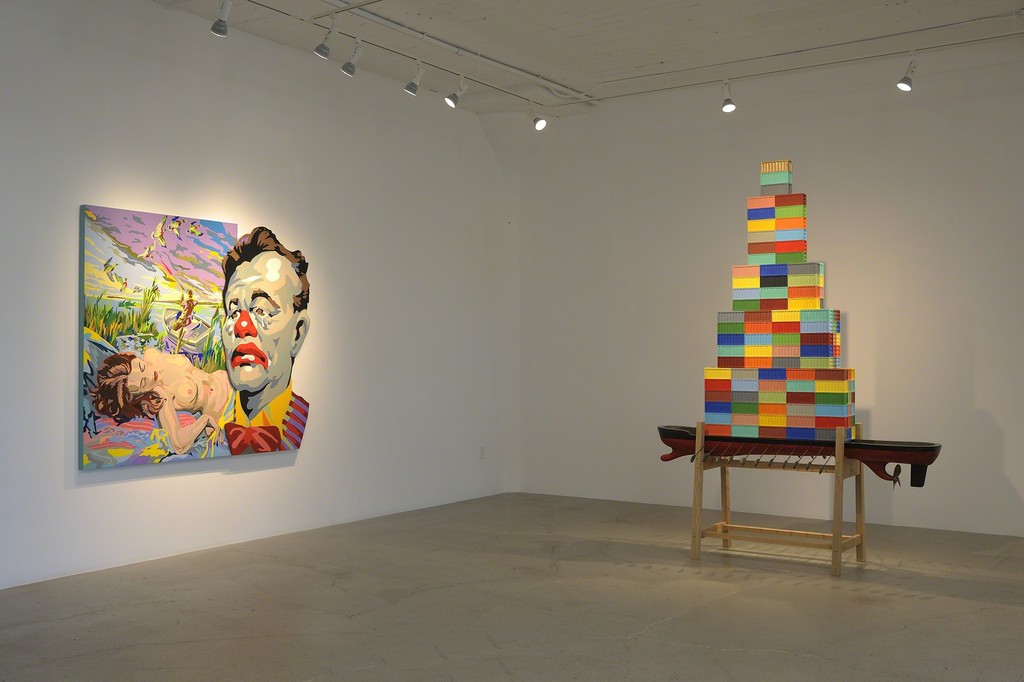 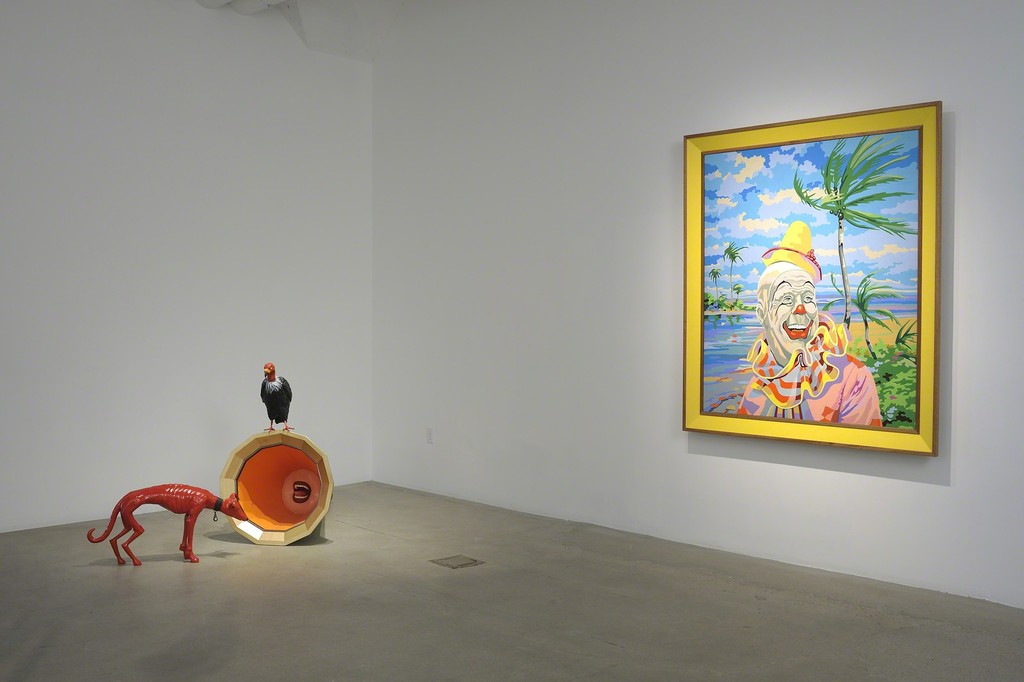 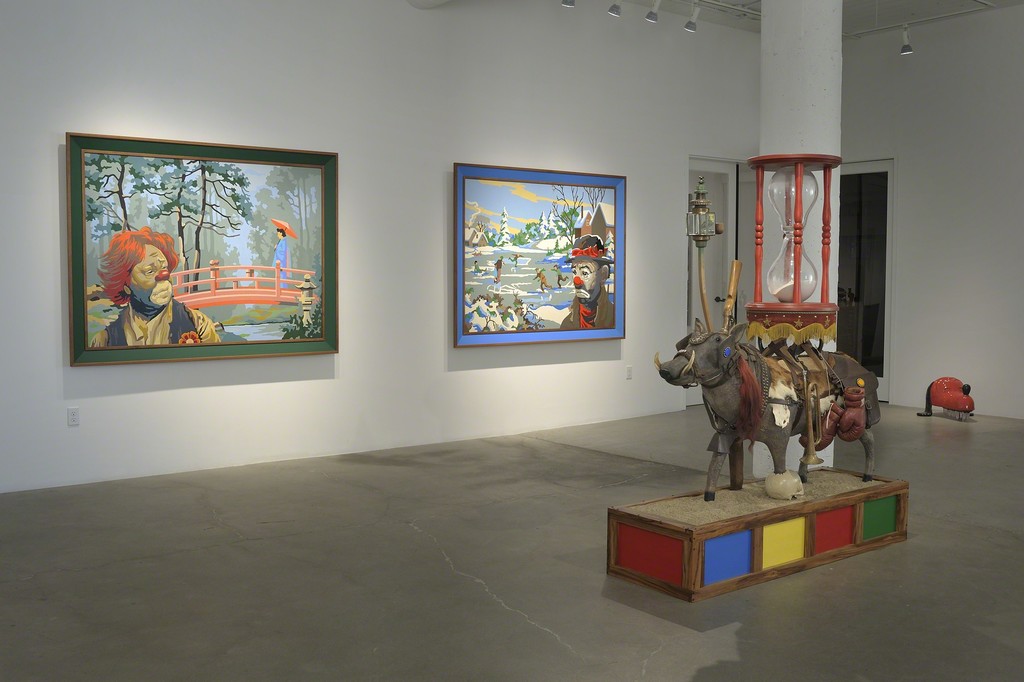 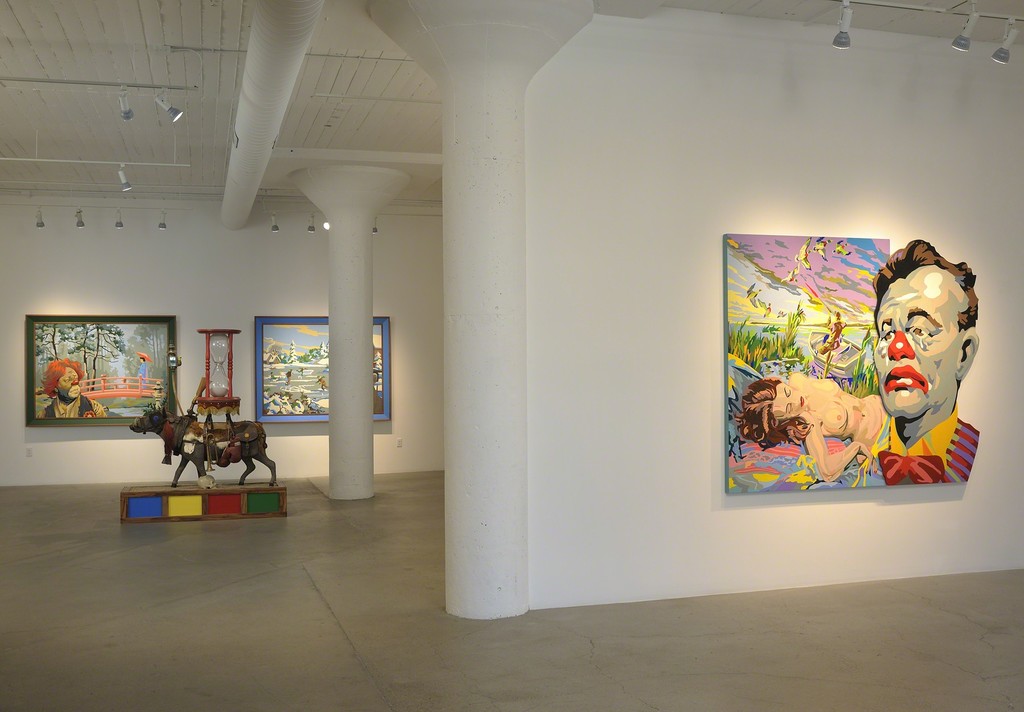 Catharine Clark Gallery (CCG) announces Sic Transit Gloria Mundi, a solo exhibition of new and selected works by Walter Robinson. The media room will feature John Slepian’s Art Is Not An Object (Sculpture). The exhibition dates are March 1st through March 29th, 2014. The opening and exhibition are free and open to the public (hours and dates below).

Loosely translated as “Thus Passes the Glory of the World,” Sic Transit Gloria Mundi is about the fleeting nature of material objects and the human experience. The very personal and idiosyncratic work in Sic Transit Gloria Mundi reflects Robinson’s exploration of aging, and an accounting of his life, while looking into a future of income inequality, diminishing resources, and physical decline. Walter Robinson views his life trajectory in parallel with the path of America’s growth, expansion, and decline. In his words, “This work takes stock of where America and I have been, what we have seen and learned, and searches for where we will go.”

Themes of searching, reflecting and predicting life’s path resonate in Robinson’s work—shifting away from his word-play and text-based practice of previous years. For example, The Hours, a new work on paper, began with a card scanned from his mother’s naipes deck—old French playing cards (akin to Tarot) from the 1920s used to tell fortunes. The symbols on the cards—coins, cups, clubs, and swords—represent business, romance, adventure, and conflict. His mother’s handwritten notes about the meanings of the cards appear faintly on the background. Robinson’s mother is now ninety-nine; the futures she once predicted are past. A new series of paintings, The Four Seasons, feature hobo clowns and imagery of 1950s paint-by-numbers compositions popular in Robinson’s youth—a nostalgic reflection of a more innocent time, when nature was romanticized. The algorithmic process of Robinson’s text-based work is apparent in the stylized re-creation of the paint-by-numbers color patterns and landscapes. The mash-ups of characters and background, appropriated from exiting paint-by-numbers compositions, are frozen in time and memory—portraying lost opportunities and paths not taken.

Robinson’s sculptural work is also concerned with the passage of time—many of the elements used to create the sculptures in the exhibit are handmade, some adapted and fabricated from found objects, others are cannibalized from his earlier work, literally integrating the past with the present. Exodus, a boar’s head on the body of a pack mule, is laden with flotsam including a rifle constructed from parts of a gasoline pump, a holstered Blackberry, and a large hourglass—an autobiographical response to packing up and moving a lifetime of work, and the burden of decades of accumulated possessions. Fruits de Mer conflates the nautical design of a container ship and an ancient Egyptian funerary boat, powered by slaves. Like the pyramids or a Mayan temple, the mountain of containers creates a capitalist axis mundi—stairway to heaven.