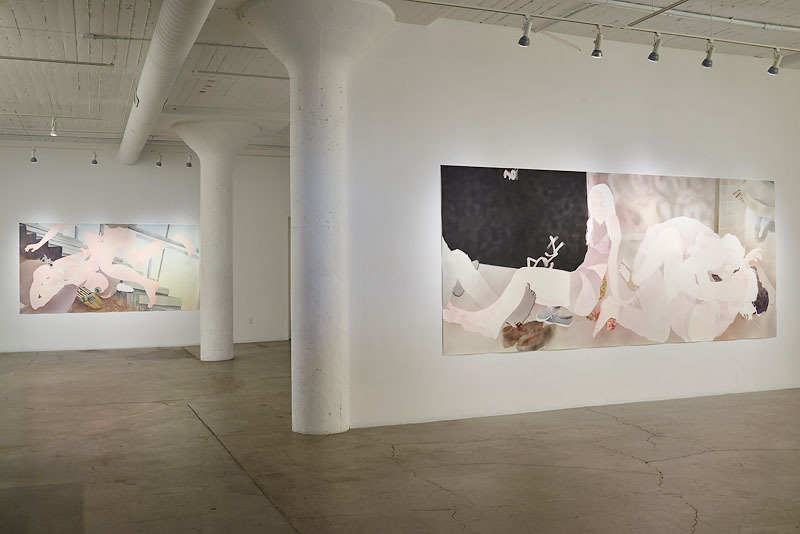 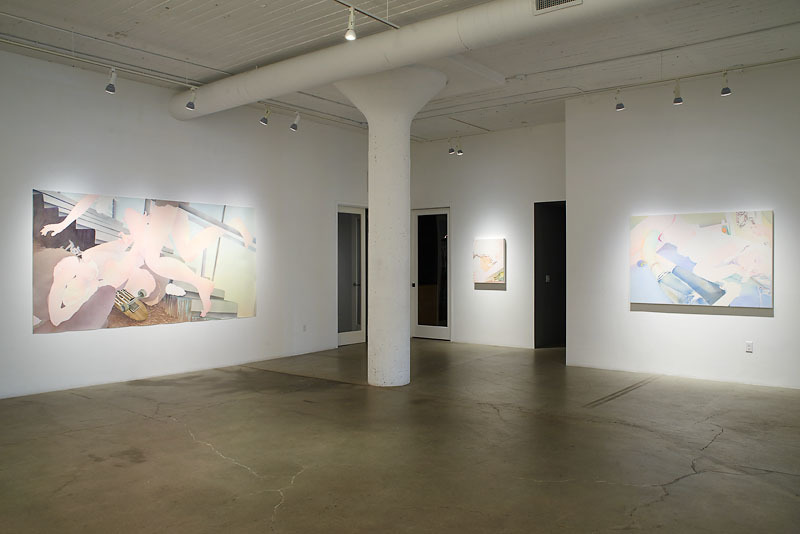 Josephine Taylor’s new work risks praise for the irrational, impulsive and precarious years of adolescence. Inspired by everyday scenes near a public San Francisco high school, these drawings explore the physical proximity, sense of place, and intrinsic beauty of groups of teenagers. This is new territory for Taylor—a radical departure from the fantastical and distorted figures in sexual battle depicted in her 2011 Monsterface exhibit. And yet, Taylor’s unique ability to exquisitely render repulsive and repellent scenes remains transformative. In Don’t Trust Sluts, a dirty, public bathroom floor hosts a pair of teenagers entwined in make-out oblivion. Splaythighed, a young girl cradles her friend’s head in her lap, while lounging on a littered sidewalk in Trash Can. Taylor’s new body of work illuminates everything adults forget about teenage life. The hierarchy of needs is narrow: sex, romance, friendship, drugs and music. The desire for intimacy reigns supreme. Experience trumps landscape, and love eclipses logic. Instead of criticizing teenage desire, Taylor’s work encourages viewers to be galvanized by the potential of living in a more purely visceral, emotional space. With a nod to adolescent tagging and graffiti, Taylor’s portrays her subjects with acrylic inks sprayed through an airbrush gun, using both freehand technique and hand-cut stencils. Many of the figures are life-size or larger, lending a sense of gravity to a world of backpacks and purses, dirty corners, clutter, and wild messes of this adolescent milieu. Teenagers Are Beautiful possesses a voyeuristic hypnotism—enticing viewers with the elusive world they once inhabited, and still wish they could.

A previous recipient of the San Francisco Museum of Modern Art SECA Award, Taylor’s exhibit coincides with the public events leading up to the re-opening of SFMOMA, and celebrates her inclusion in the museum’s permanent collection.