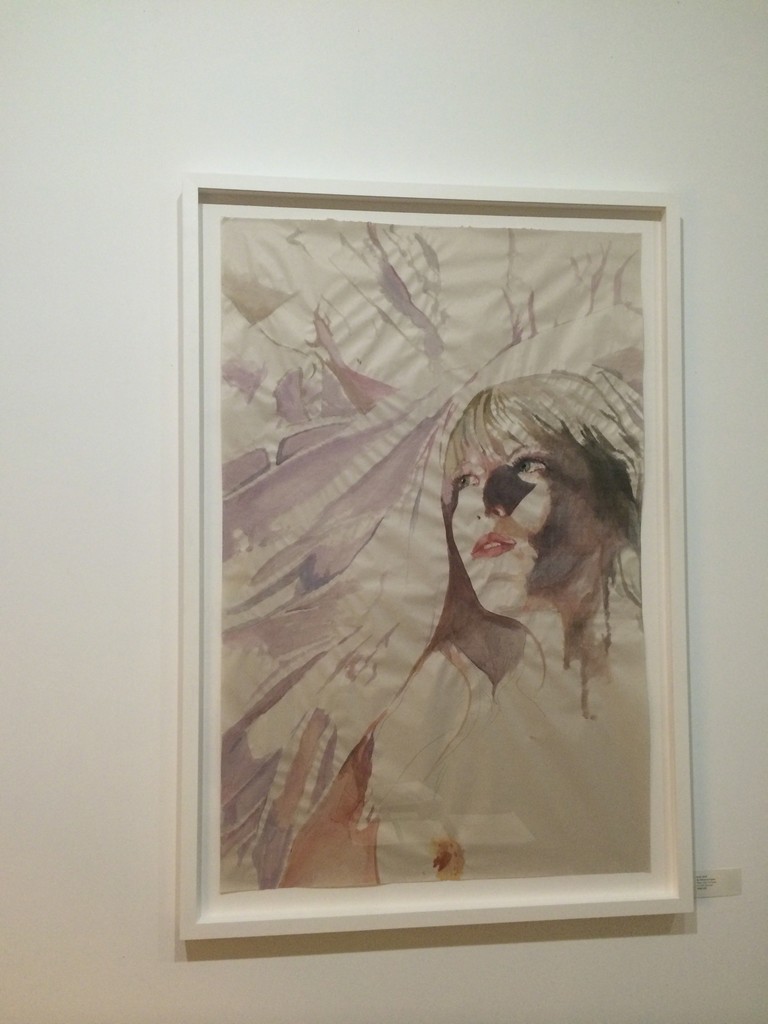 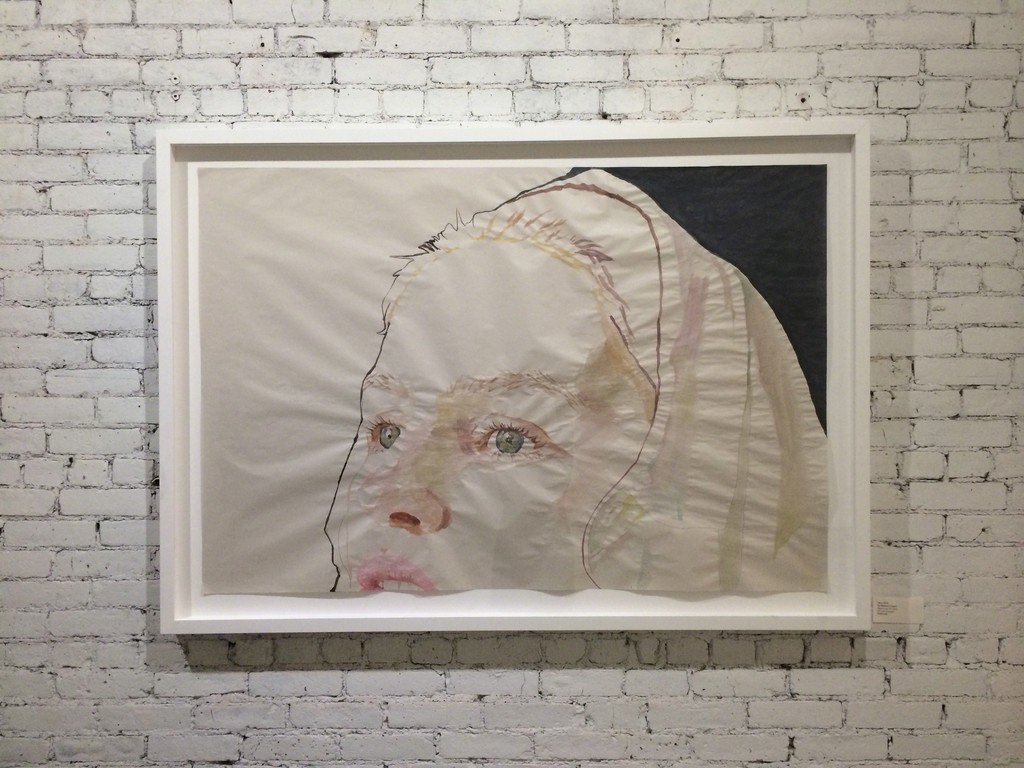 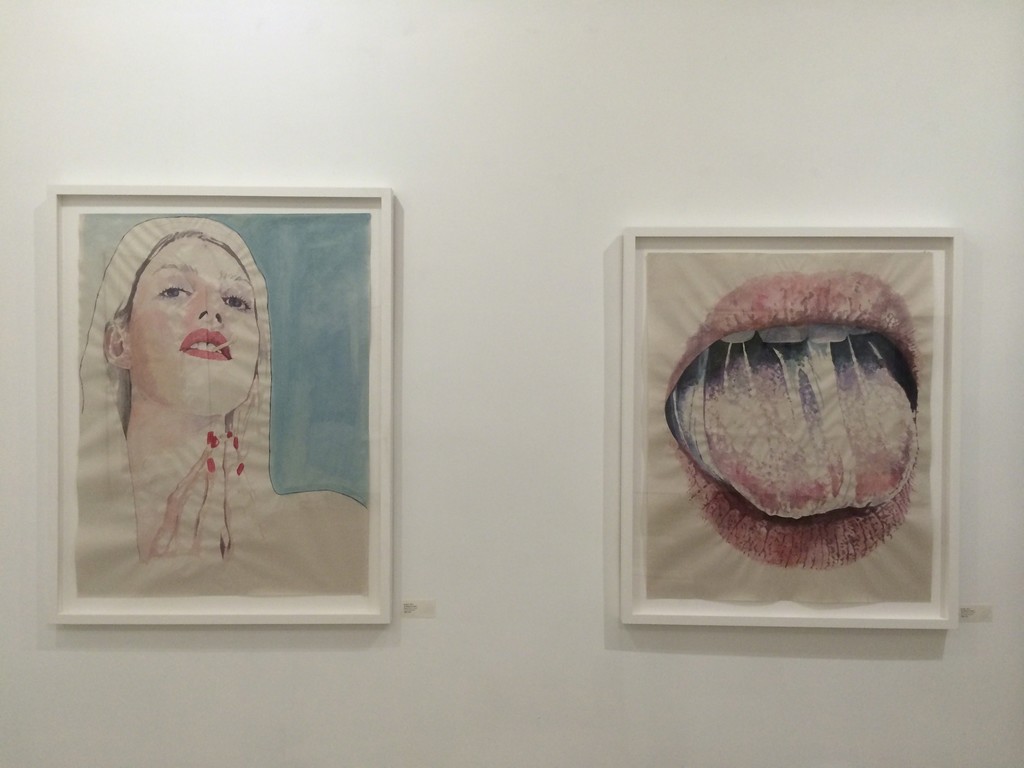 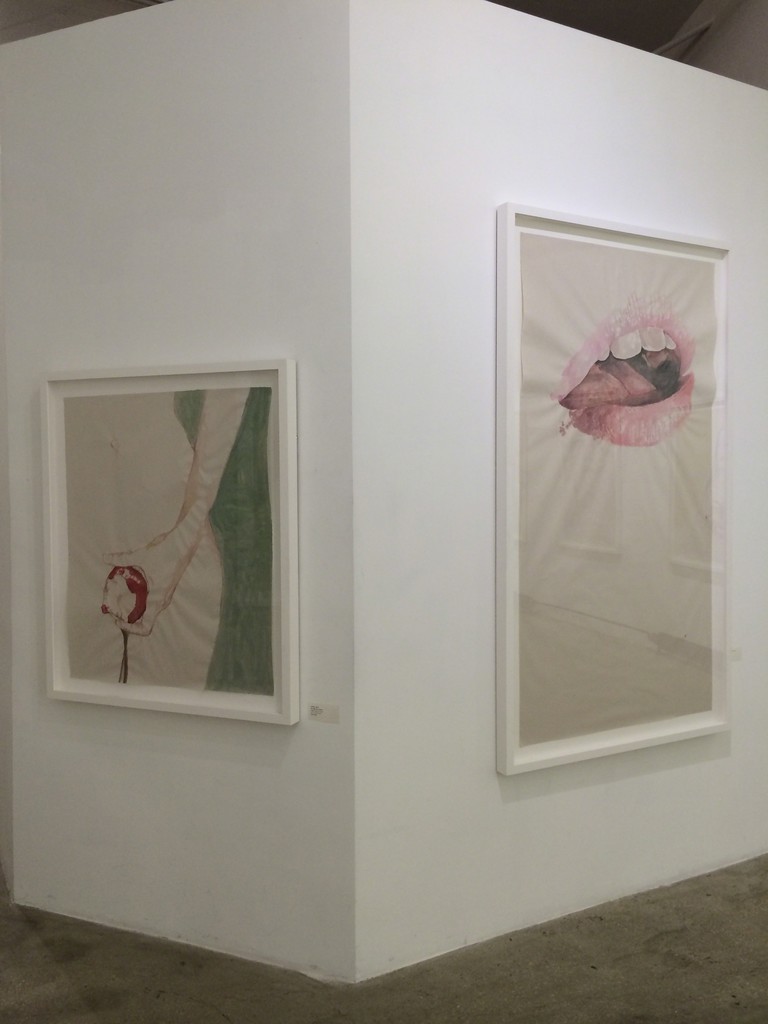 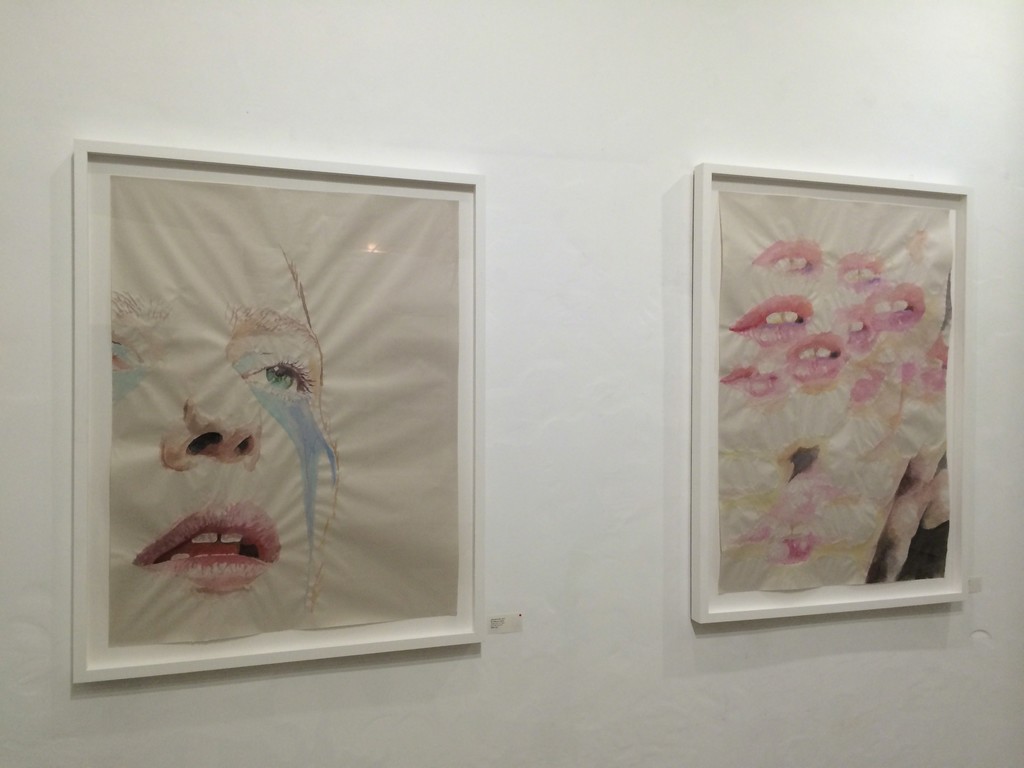 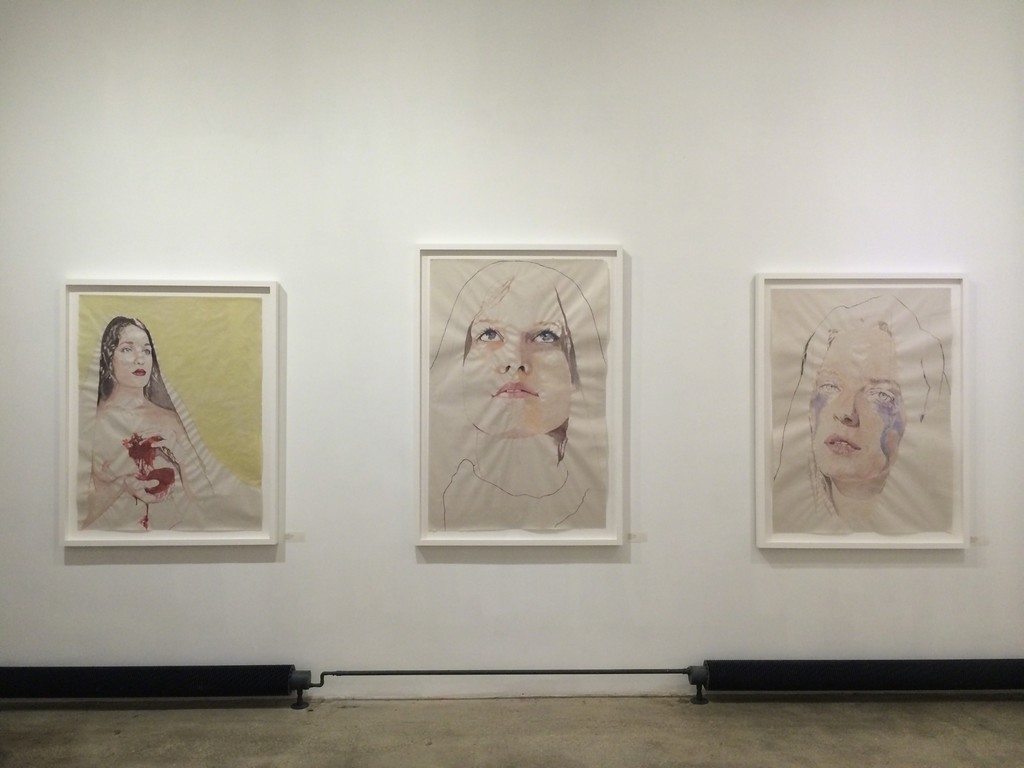 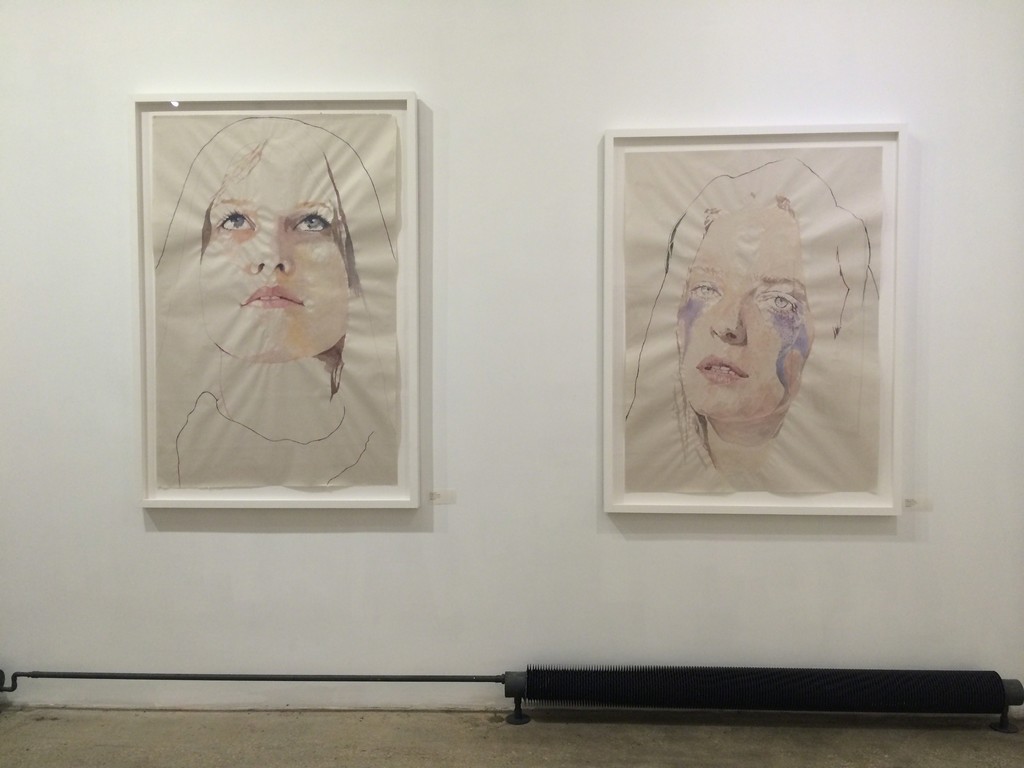 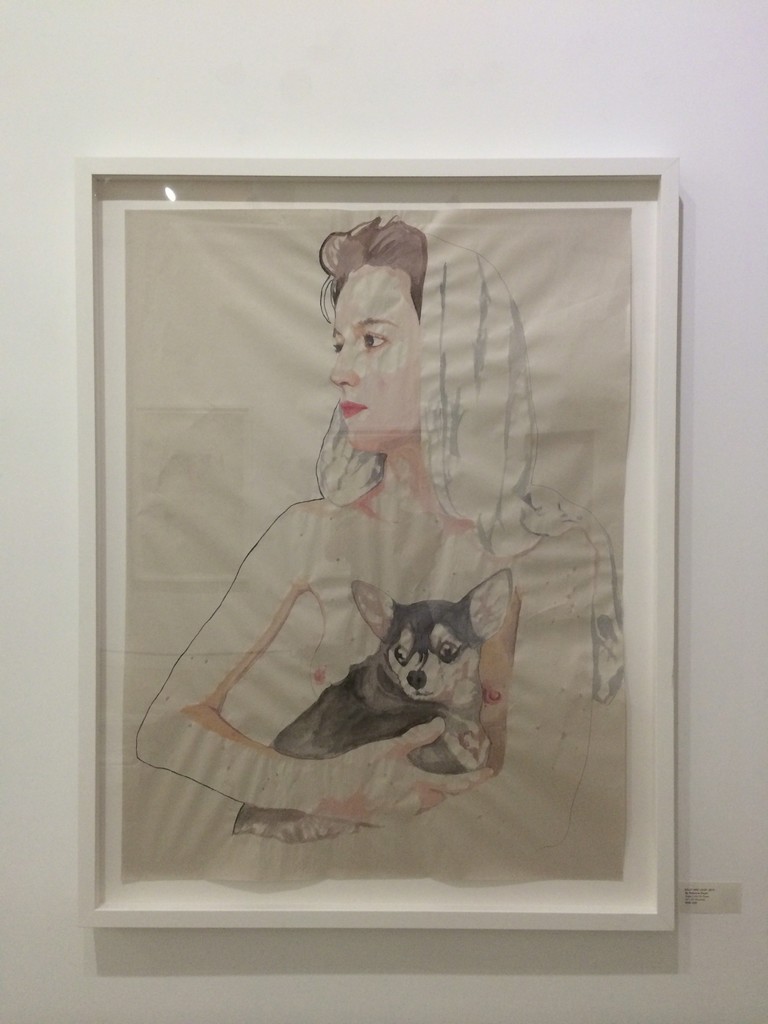 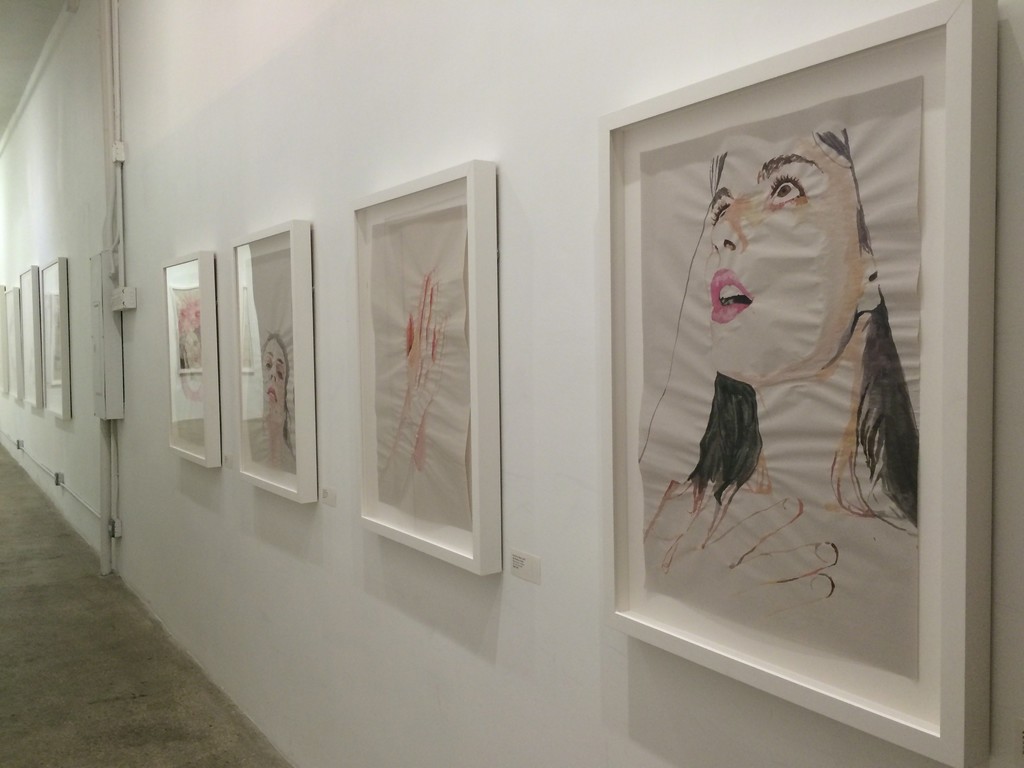 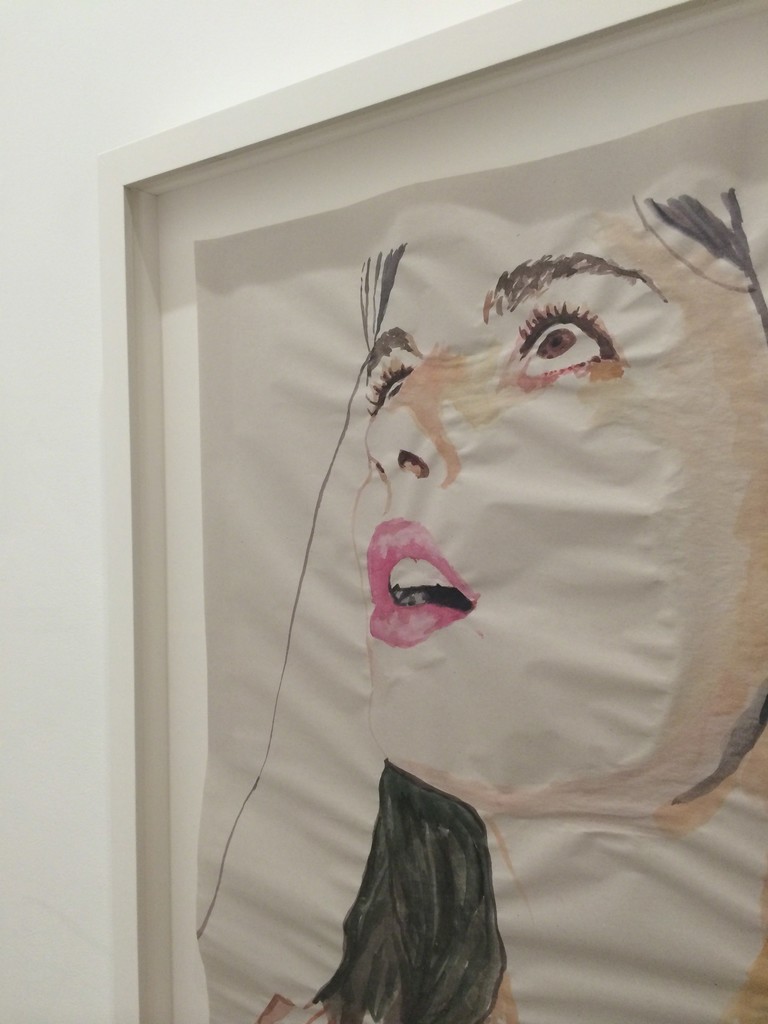 As part of The year Of The Woman at Catherine Ahnell Gallery artist and acclaimed actress Rebecca Dayan is doing her much discussed debut as a solo artist. Painting is a talent that Dayan has been quietly pursuing throughout her years of loudly displaying her on-screen and on-the-page abilities.

A native of the South of France, Rebecca started out as a young model and designer in Paris with the likes of some of the industries most acclaimed role players such as Karl Lagerfeld, Peter Lindbergh and Sonia Rykiel. In 2009 Dayan relocated to New York to pursue a career as an actress. Her acting career has grown rapidly since that year, giving Dayan an impressive collection of features that most recently includes a lead role in the much-acclaimed indie film H, which made its world premiere at this year’s Venice Film Festival. Despite this, she has one specific passion that remains consistent and unwavering throughout her career: painting.

Today acting and painting are to expressions that for Dayan need to co exist as one couldn’t exist without the other. Dayan’s parallel careers constantly inspire and feed off each other.

As a perfect example Dayan found inspiration for her upcoming solo exhibition while researching for a role in a film that she will be taking on in the fall of 2015. In the film, entitled “NOVITIATE,” Dayan is set to play a young nun, a role that required much research to understand. Dayan spent time studying stories that were either written by nuns or included interviews with nuns. Dayan, a non- religious woman, found intrigue in the way that these nuns expressed their love for God. She found that it ironically paralleled the way a young woman might speak about her first love.

This intrigue led Dayan to further explore the parallels that can be found between passions of religion and passions of eroticism, giving her the idea for the series of watercolor portraits she produced for her solo exhibition.

“I became fascinated by religious iconography depicting religious ecstasy and the inherent human need to find meaning and solace in altered states — communing with a higher power through religion, sex, drugs, money, etc.” says Dayan. “There is an inherent need in all of us to imbue ideas, symbols, and people with meaning in order to fight the inevitable. Most of the time we distract ourselves to not face the truth, until we reach moments of freedom and bliss. It is in these small fleeting moments that I am interested.”

Naturally Dayan came in contact with the stories of the Virgin Mary and stories of women with similar experiences. She started to explore the word ’virgin’ as part of her work process and the original meaning of the word as of a young woman or girl’s freedom without any commitments not bound to a husband nor a family. Fascinated by how the word has been charged by different meanings, obligations and expectations through time she decided to reclaim it’s original values and play around with the freedom of interpretation in relation to herself, her friends, our bodies and desires in her work.

On paper or canvas Dayan’s watercolor strokes find juxtaposition in the subtle and the bold. Letting light take an essential part of the work; there is always a contrast between blank space, fragile lines and rich colors. As she is studying the details in a mouth, the eye or the imperfection of the skin her art conveys emotions rather than exactitude - the unique peculiarities the eye often misses but that translates through a personality.