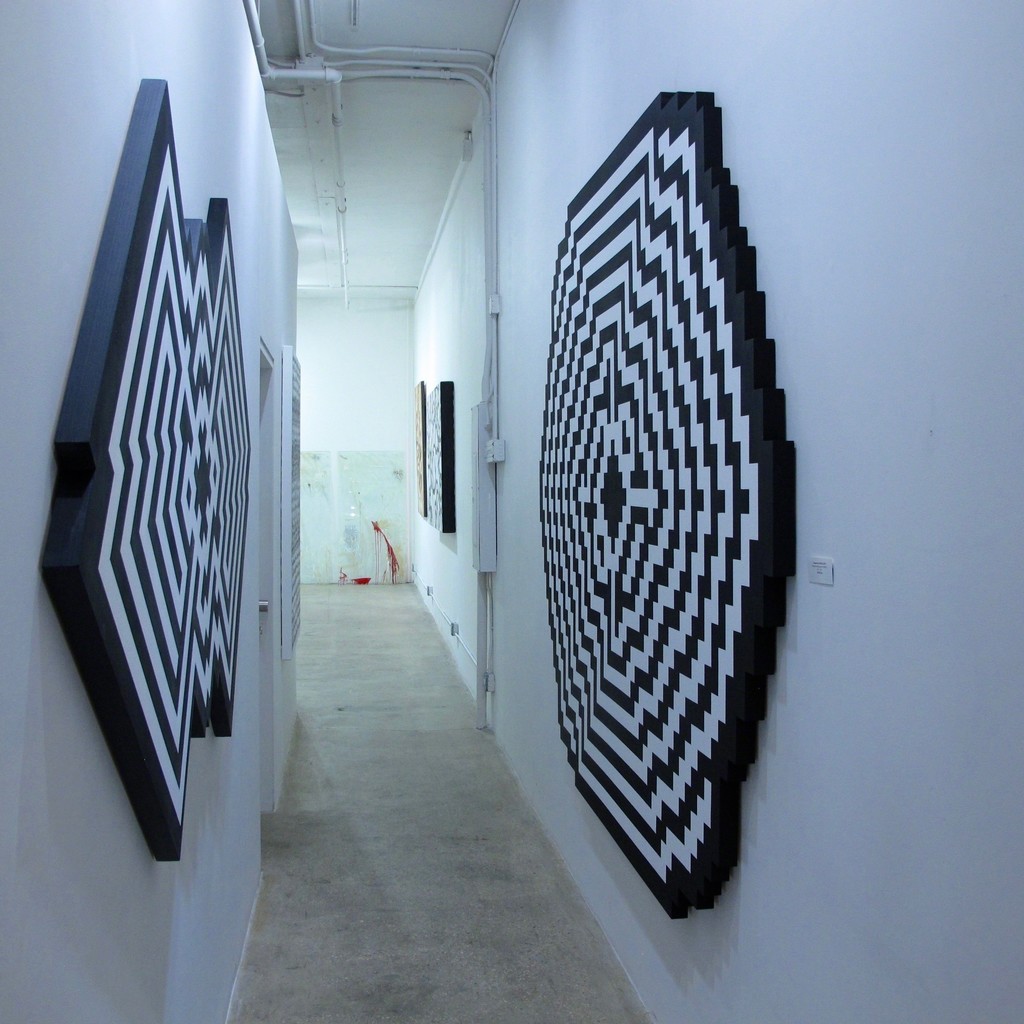 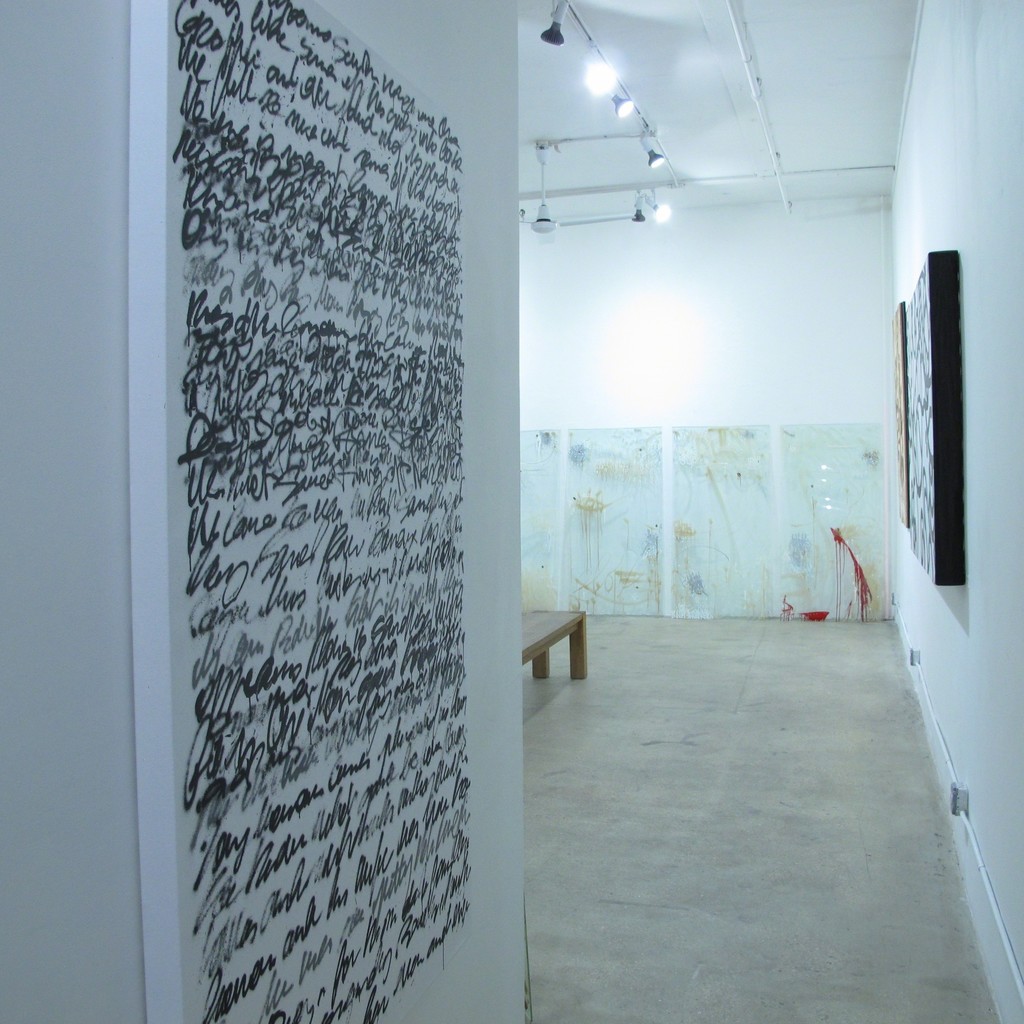 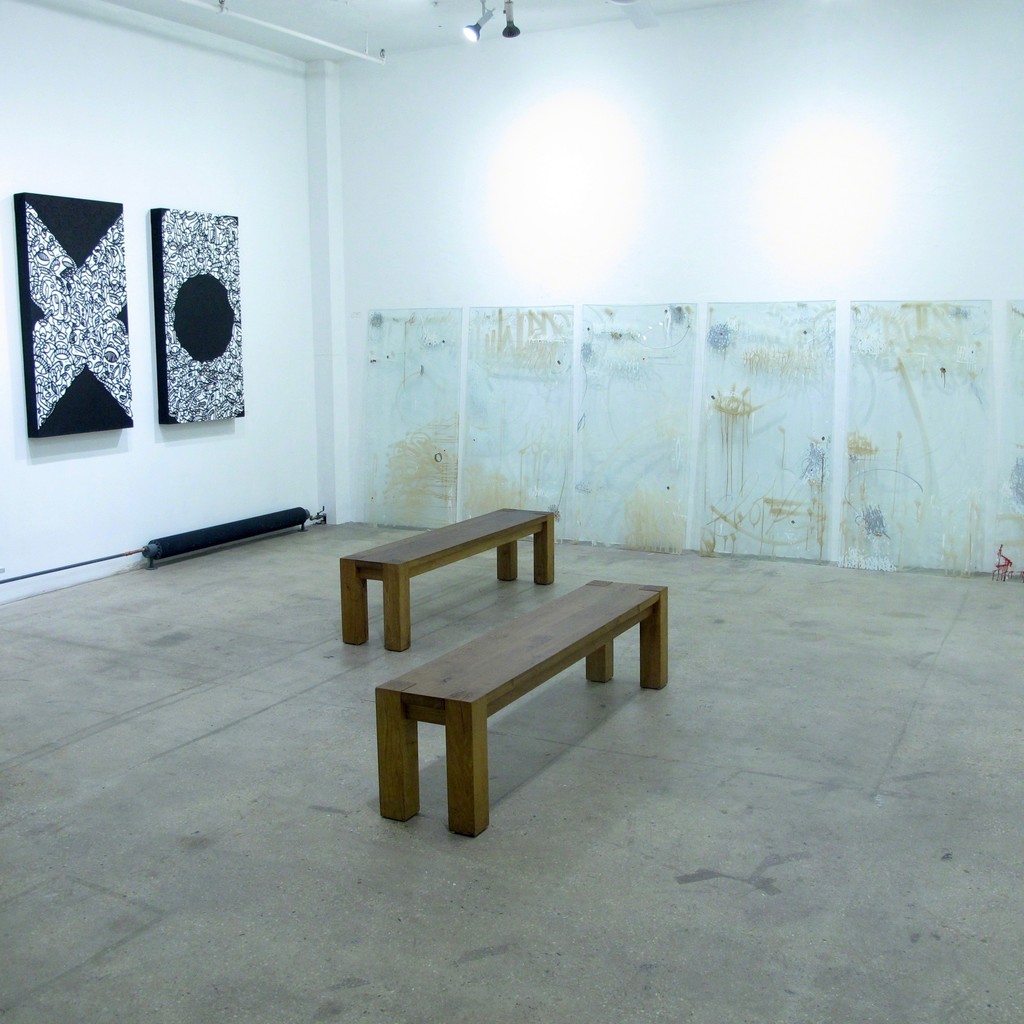 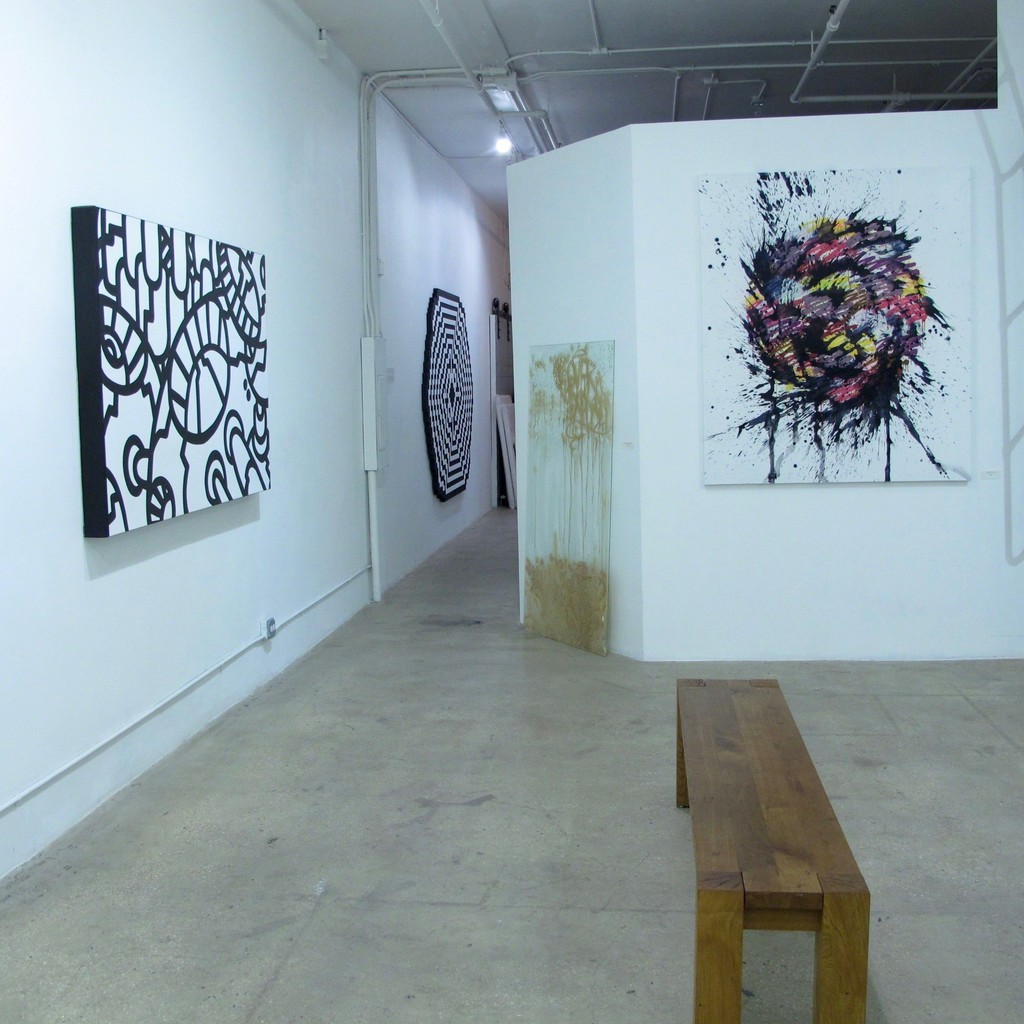 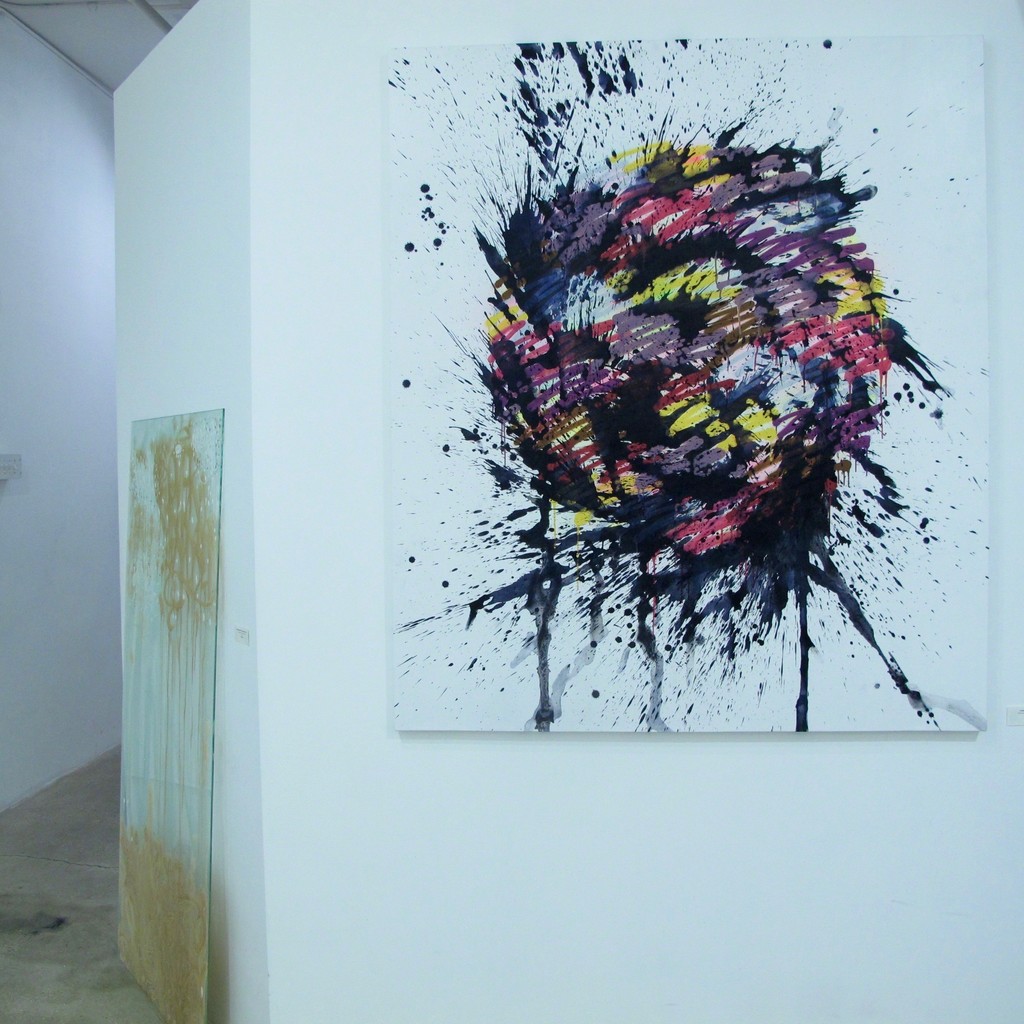 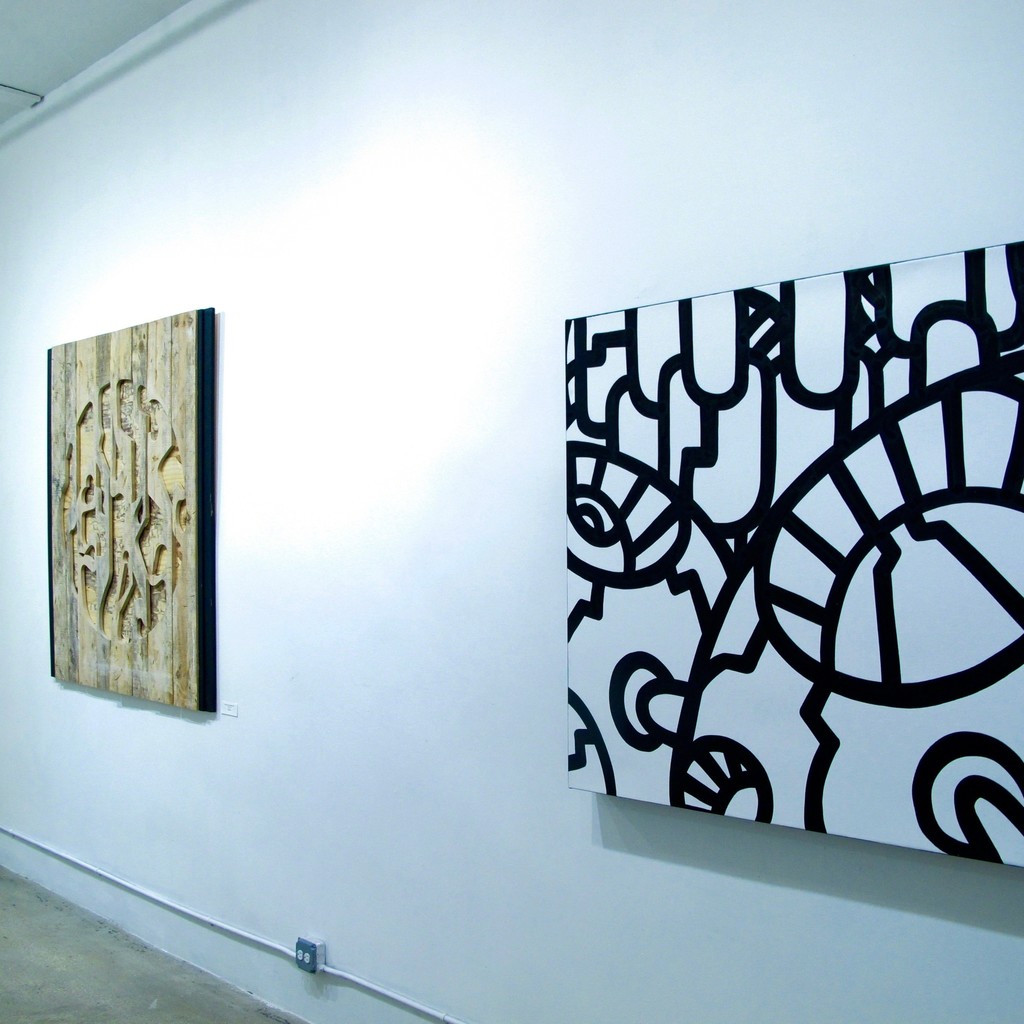 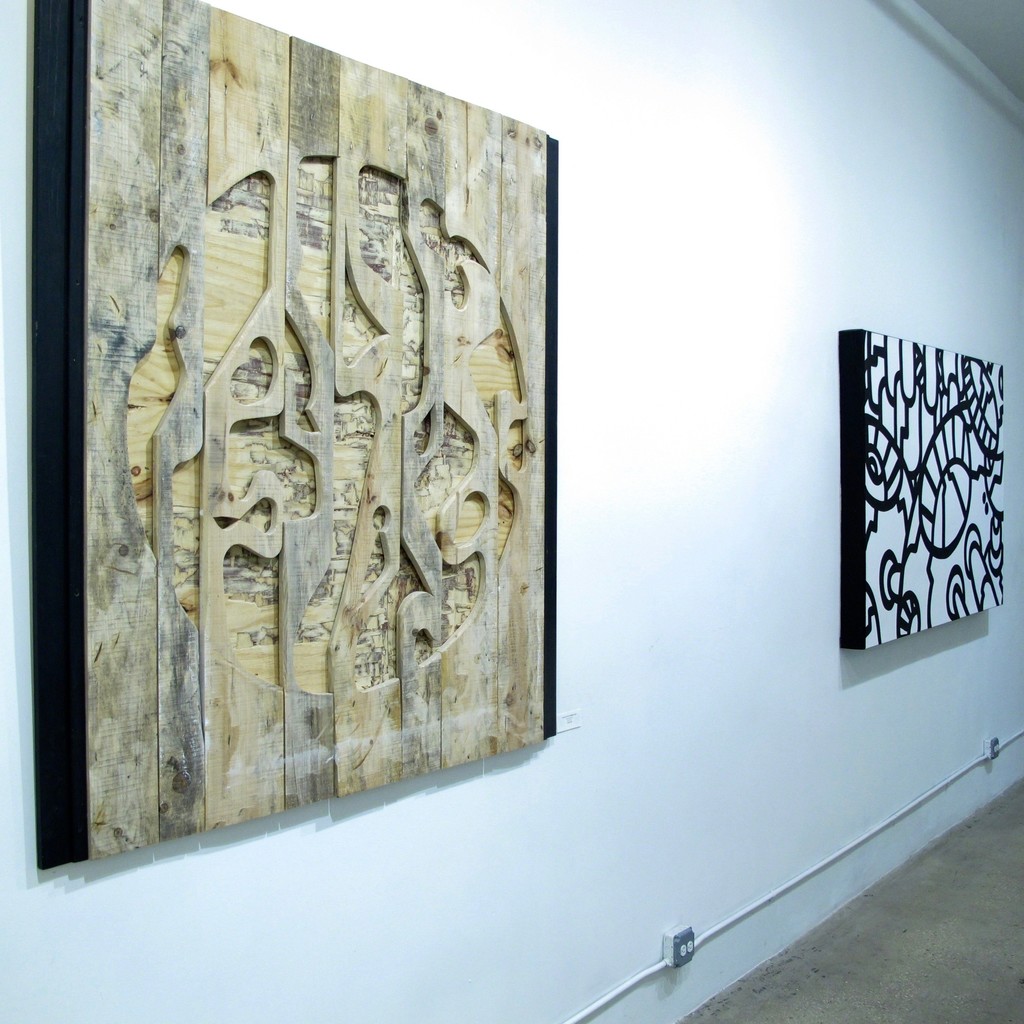 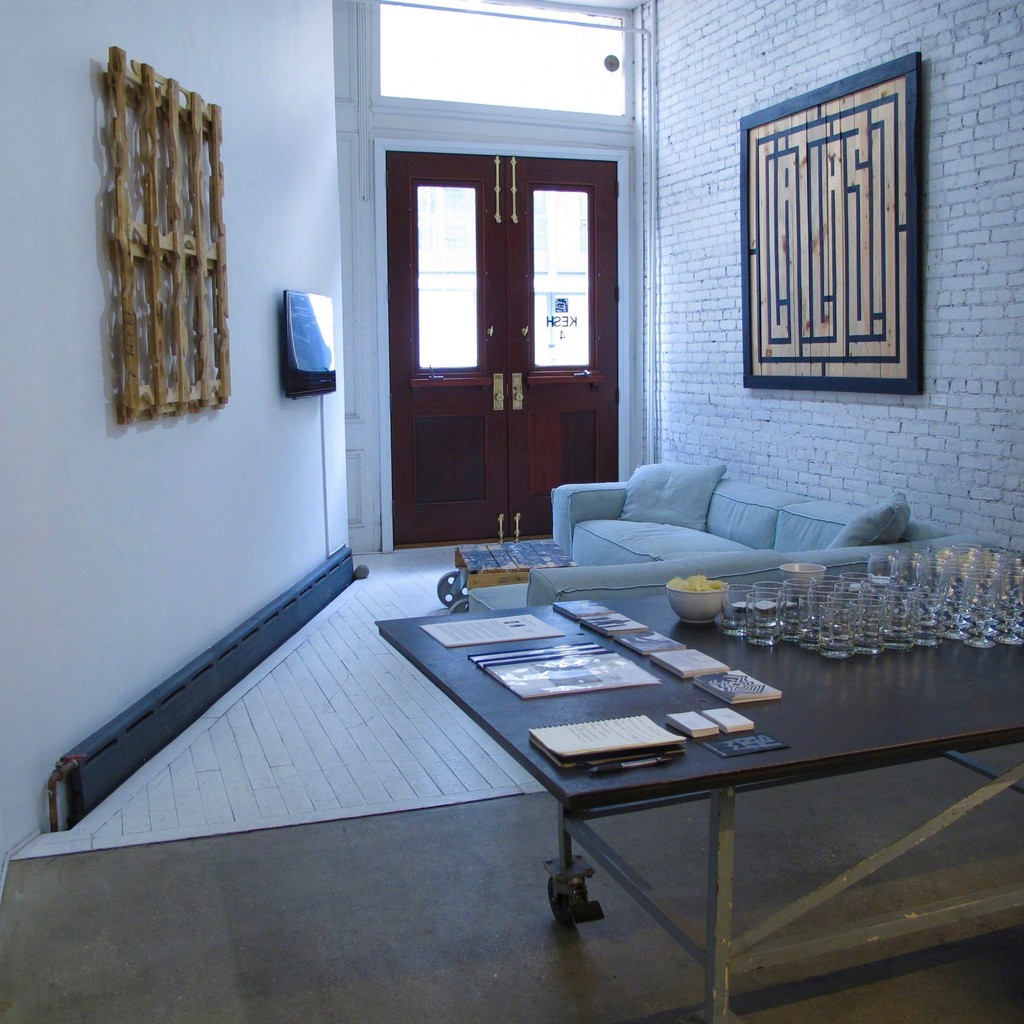 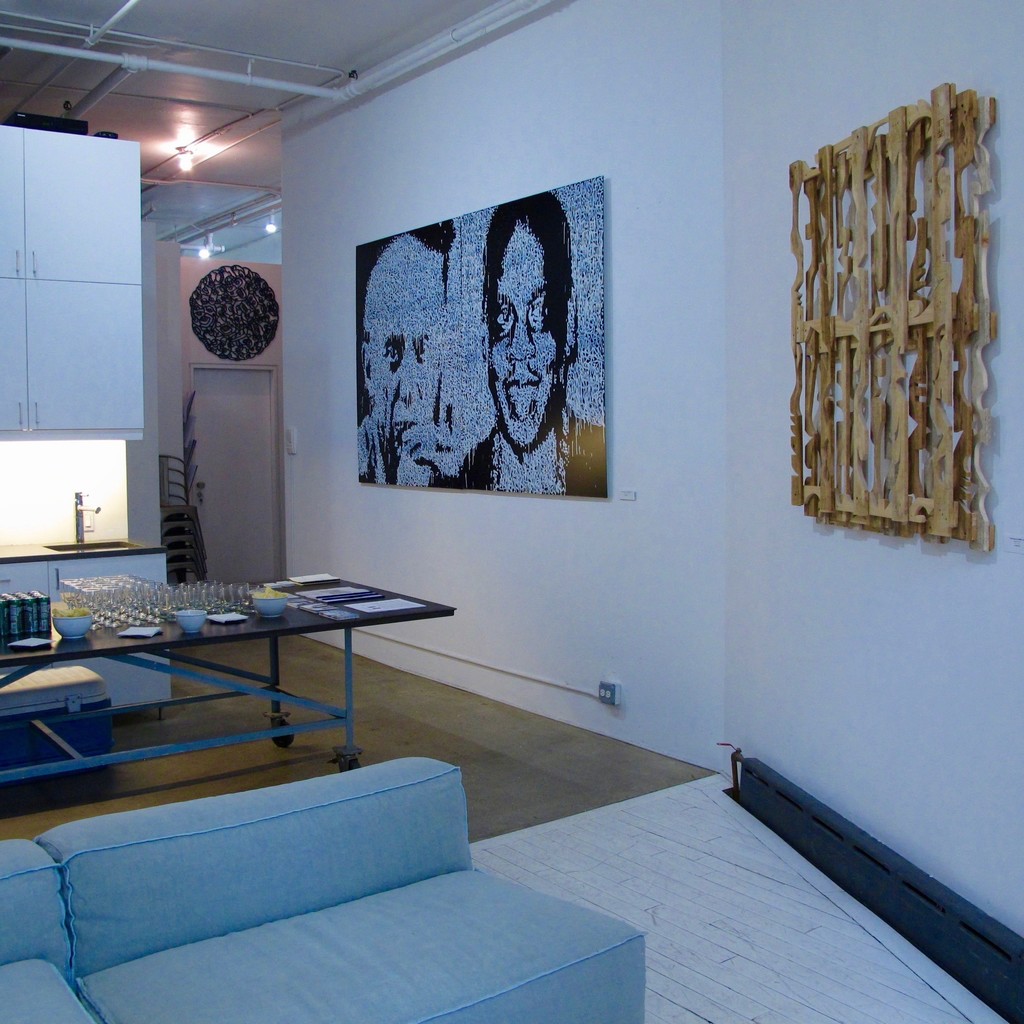 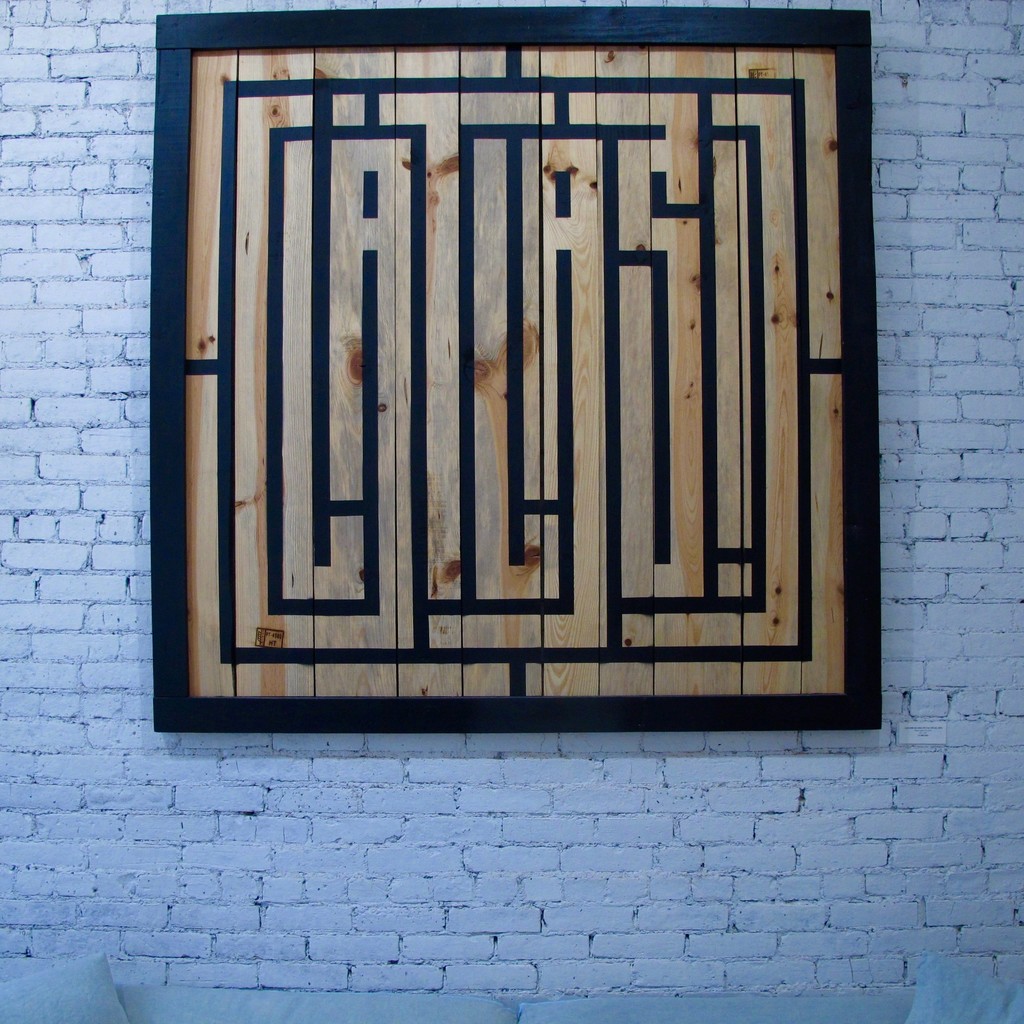 Often self thought, translating techniques from street art into fine art, they are moving the margins of contemporary art - representing the new generation established artists rising from the French street art scene.

Represented in New York, Paris, Shanghai, L.A., Miami and Marrakesh, L’ATLAS has exhibited around the world from Paris’ Centre Pompidou to The Mine Gallery in Dubai. Most recently he collaborated with Perrier for a limited worldwide edition of bottles and four extensive outdoor installations in New York, Mexico, Paris and Seoul. l’ATLAS started out in the post-graffiti movement in Paris at the end of the 90’s alongside pioneers such as ZEVS and Space Invader. His famous abstract graphic cryptograms influenced by historic calligraphy are fusing the ancestral and ancient with the urban and contemporary.

Growing up as an graffiti artist, TANC is exploring the crossroads of graffiti, action painting and optic art. He has built his artistry on the spontaneity and the ephemeral in the act of the creation. Letting a rhythm lead his arm movements like a metronome he composes his signature pieces of letters and abstract patterns. TANC exhibits in France regularly and his work has gained international prominence with exhibitions in London, Shanghai, Geneva, Brussels, Beirut, Tokyo, Busan, Marrakesh, and New York.

Jonas SUN7 has appeared in numerous exhibitions and art fairs since the end of the 90’s. In Paris his work has been exhibited at Grand Palais and Fondation Cartier as well as at Espace Louis Vuitton and Palais Tokyo. What started out as an exploration of the graffiti culture grew into installation and performance work - an approach and technique Jonas SUN7 continues to explore while working on a canvas or materials such as glass or metal. The shocking event of his father’s stroke marked a turning point in his career as he began to eternalize memories capturing them in letterforms and script in calligraphic art pieces.

By the end of last year LMDLDZR_ZeeR (LeMoDuLeDeZeer) partnered with FIAC in the realization of an installation supported by Jennifer Flay. Earlier exhibitions have been featured at Carrousel de Louvre as well as in the Les Bains Douches project curated by Magda Danysz, to name a few. In the search of an optimal mode of expression LMDLDZR_ZeeR found the module: A graphic transcendence based on the composition of a single character with endless possibilities. The module repeats itself and proliferates into different shapes interacting with our environment. Over time LMDLDZR_ZeeR has become a part of the Parisian landscape as his characteristic installations are represented in every arrondissement of the city.

With a background in wood sculpture studies SAMBRE started to fuse his sculpture work into place-specific projects while a member of the Parisian urban art collective ’1984’. Bringing sculpture and drawing into his work SAMBRE has worked with numerous sites and abandoned spaces around the world as an invited artist. His artistic process begins with reorganizing the original content of a site, modifying the composition of preexisting items. He then builds three dimensional structures as well as individual art pieces of recollected and recycled material within the space.