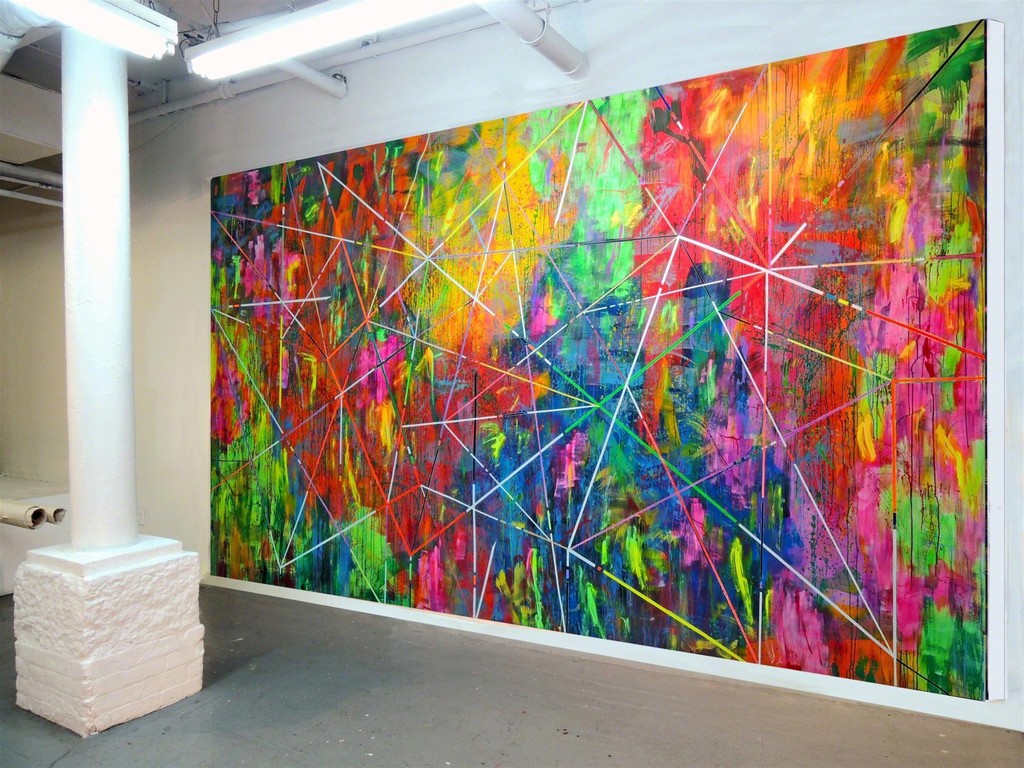 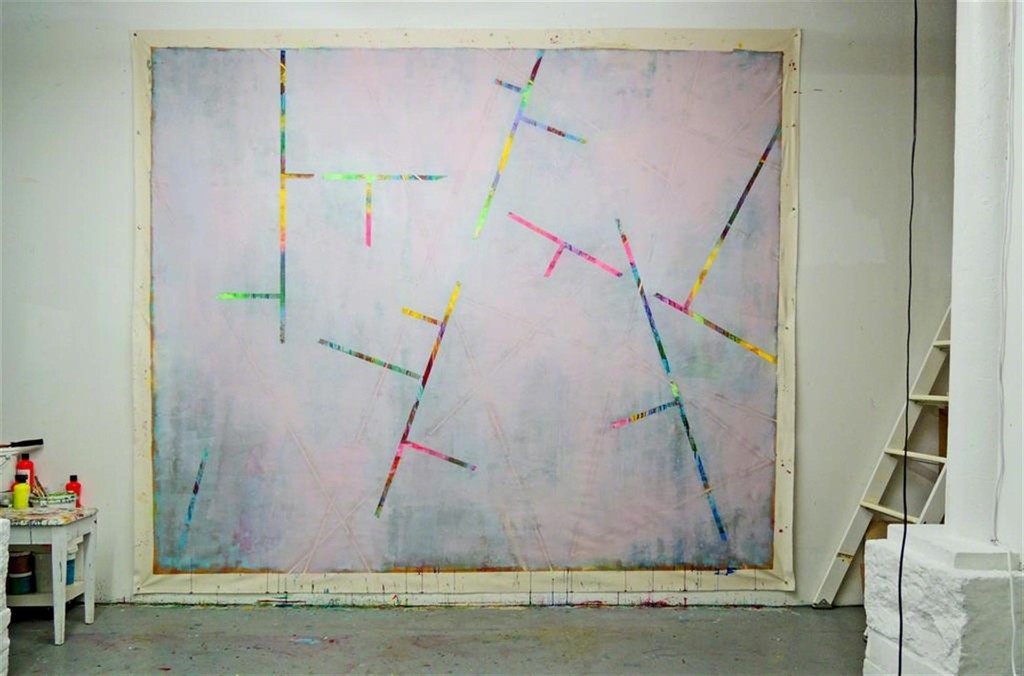 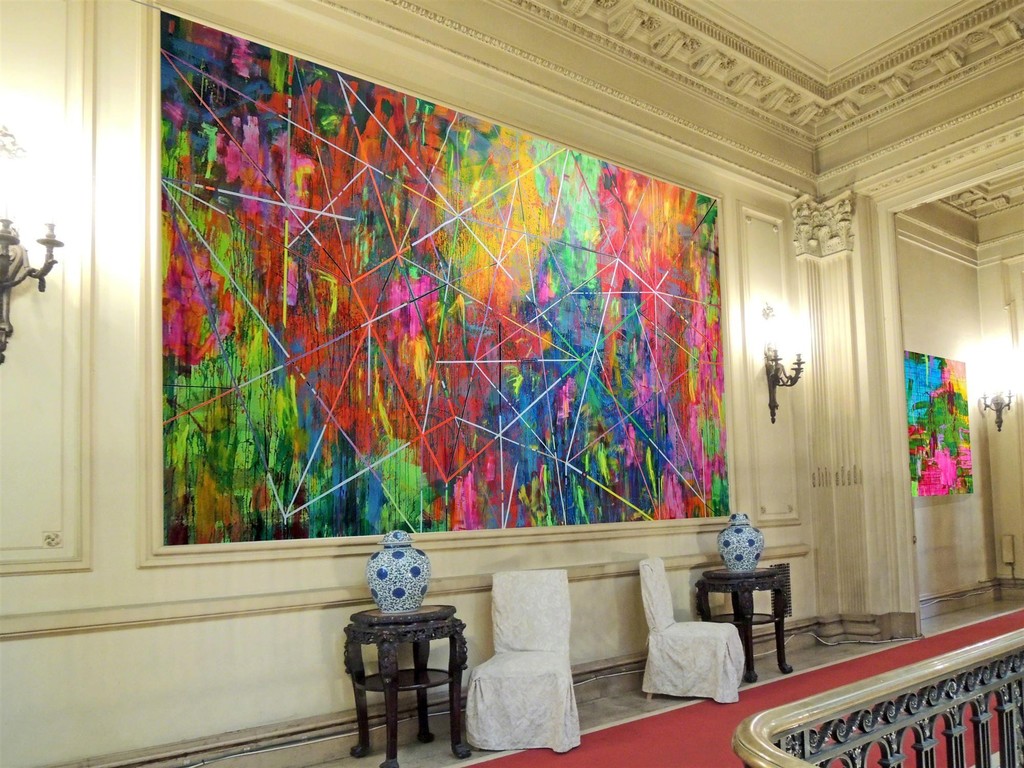 New York-based artist Miljan Suknović had a very successful Solo Show at Catherine Ahnell Gallery at the end of last year.
In the beginning of this year he also exhibited for a second time at the World Trade Center alongside artists such as Jeff Koons, Jenny Holzer and Kenneth Snelson.
An emerging abstract artist, Suknović has been showcased at several notable occasions in New York as well as in acclaimed galleries in Europe.

After studying art and architecture in Serbia, Czech Republic, Germany and Italy, Suknović settled in New York. His colorful paintings and murals continued to evolve into a lively combination of lyrical and geometrical
expression that (as of today) has come to represent his ever-changing dynamic style.

In his exploration of the abstract, Suknović started to examine the convergence of American culture and technology. Stretching conception of "abstract" to include the idea of the “limitless,” the artist works to merge
chaos and order. While spontaneously pairing sharp forms with vibrant colors, infinite splashes of paint and unopposed free brush strokes produce varied landscapes on the canvas.

Continuously influenced by architecture, Suknović sees his work in relation to space and its surroundings rather than as an isolated object.
He challenges the limitations of the canvas, intentionally spilling over into large scale art pieces where the size of the surface inspires the work.

Other than exhibitions at the World Trade Center and Catherine Ahnell Gallery in New York, Miljan Suknović.'s work has been featured in several solo and group gallery shows in France, Italy, Germany, Greece, Serbia, Montenegro and New York.
He has also created large-scale mural paintings, commissioned in Italy and New York.