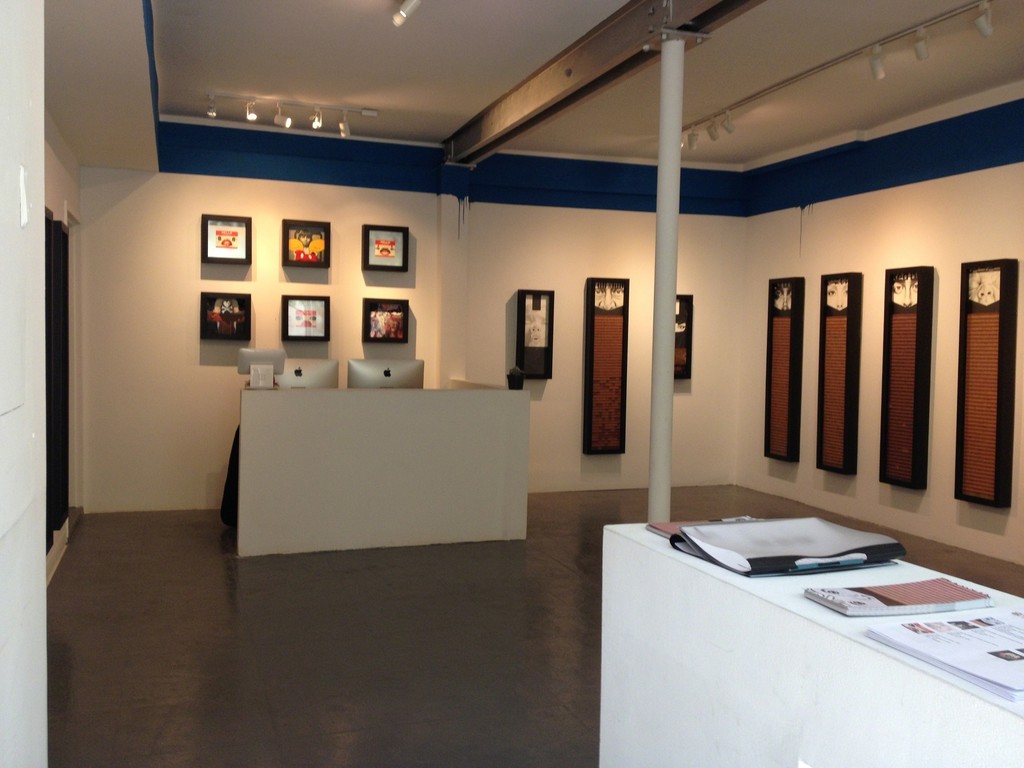 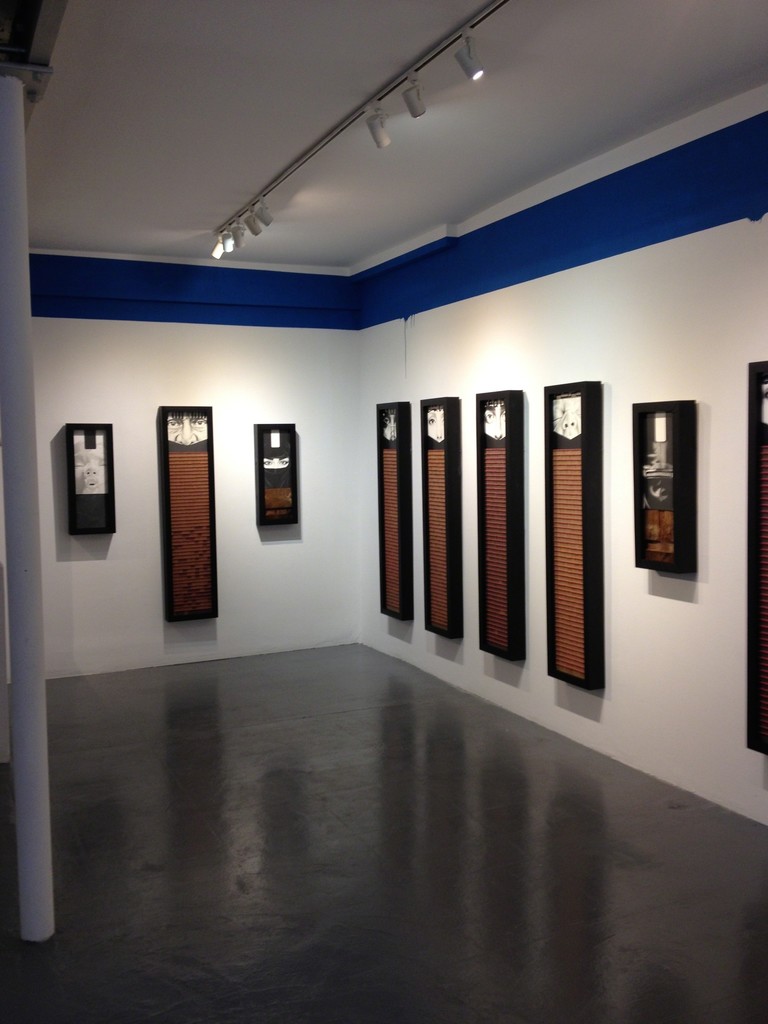 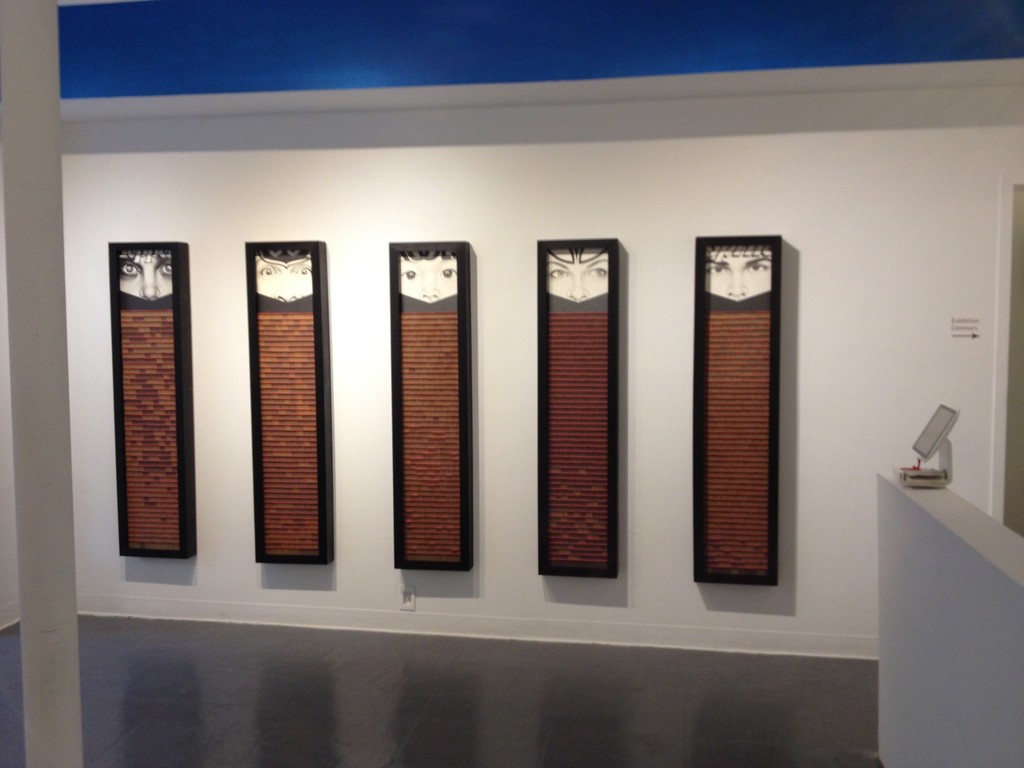 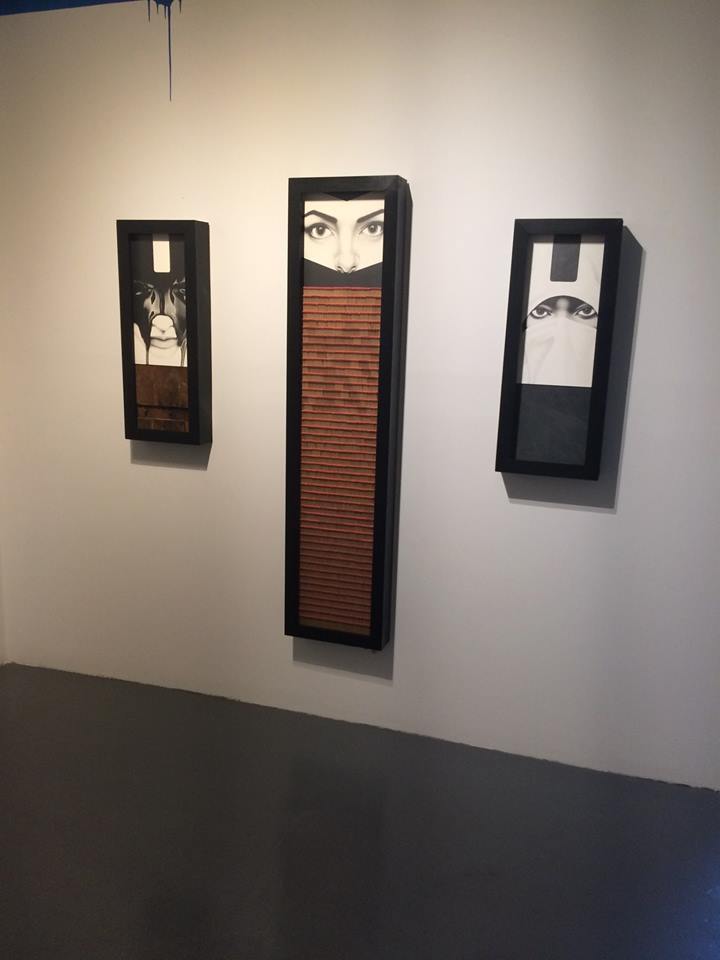 Manhattan, NY, March 2015: Causey Contemporary is pleased to announce, Impossible Exchange, an exhibition by Kevin Bourgeois, from May 14 to June 7, 2015.
An artist reception will be held on May, 14 from 6 to 8pm.
The show will include new mixed media drawings in a totem format. Kevin says of his work:
‘’The initial inspiration for my current body of work was drawn from the
re-examination of two books “ Impossible Exchange" by Jean Baudrillard and "The Medium Is the Massage" by Marshall McLuhan, in order to punctuate their current social relevance, and to highlight an unrestrained headlong journey to burn the socially viable candle at both ends.
Observing an existing commonly adopted practice/action of a self imposed replacement, and dissemination of our functional station in the analog/physical world. The work investigates this mode of operandi, in which the current social technological framework has modified, exchanged, or replaced our perception of identity with a visage, and further diluting our actual analog worth.
Focused on a unprecedented trend to create a digital edited surrogate of ones self image or core Identity within the framework of virtual media and social networks, galvanizes and reinforces what Baudrillard quoted “The modern individual, being no longer part of an order greater than himself, but a victim of his own will- commanded to be what he wants and to want what he is- ends up resenting himself, and as a consequence, frittering himself away in the exhaustion of his possibilities.”
This transformation or passage into a interpretive state of identity compounded with a status branding to dissolve or enhance our true context, defined in the present version of the "Global Community” engages a pressing discourse is presented a visual platform to reflect, examine and react to this voluntary displacement of our functional usefulness in contemporary social norms. McLuhan states “The medium, or process, of our time- electric technology - - is reshaping and restructuring patterns of social interdependence and every aspect of our personal life. It is forcing us to reconsider and re-evaluate every thought, every action and every institution formerly taken for granted.” hence reaffirming the medium is in fact the new massage, with a happy ending waiting in the subtext. ‘’
Biography:
Kevin has been working as a self taught contemporary artist for over fifteen years using all available means to educate and expand his vocabulary in Modern Art. Starting in the late eighties with encouragement from his art teachers in high school, Kevin began personal research and exposing himself to many forms of contemporary art. In 1991, Kevin held his first solo and group exhibitions in a gallery. Since living in New York Kevin has exhibited in locally and internationally. He has exhibited in group exhibitions with Causey Contemporary, Fuse Gallery and Exit Art in New York, with Parlor Gallery and the Shore Institute of Contemporary Art in New Jersey and with the Peacock Room, The Cornell Center Gallery and Wilfong Remeres Gallery in Florida. His work has also been exhibited at Collectors Contemporary in Singapore, the Virginia Beach Museum of Art and the Orlando Museum of Art. Additionally, Kevin’s work has been published in Swindle
Magazine, Wallspankers Magazine, Vapors Magazine, Asian Art News, Village Voice, Lucid Culture and others. Artist registries include The Drawing Center and Artist's Space. In the past few years he has been included in the touring exhibition DRAW at the Museo de la Chided de Mexico curated by Erik Foss and Curse Mackey, in Songs at Fuse Gallery, NYC, in the 3D ART BOOK released by Prestel Publishing, in a solo exhibition, SYSTM at Causey Contemporary and as part of a group exhibition at Collector’s Contemporary in Singapore alongside art by Man Ray, Andy Warhol, Donald Baechler, Richard Serra and Thomas Ruff. His work can be found in prominent private and public collections in California, Florida, New Jersey, New York, London and Singapore.