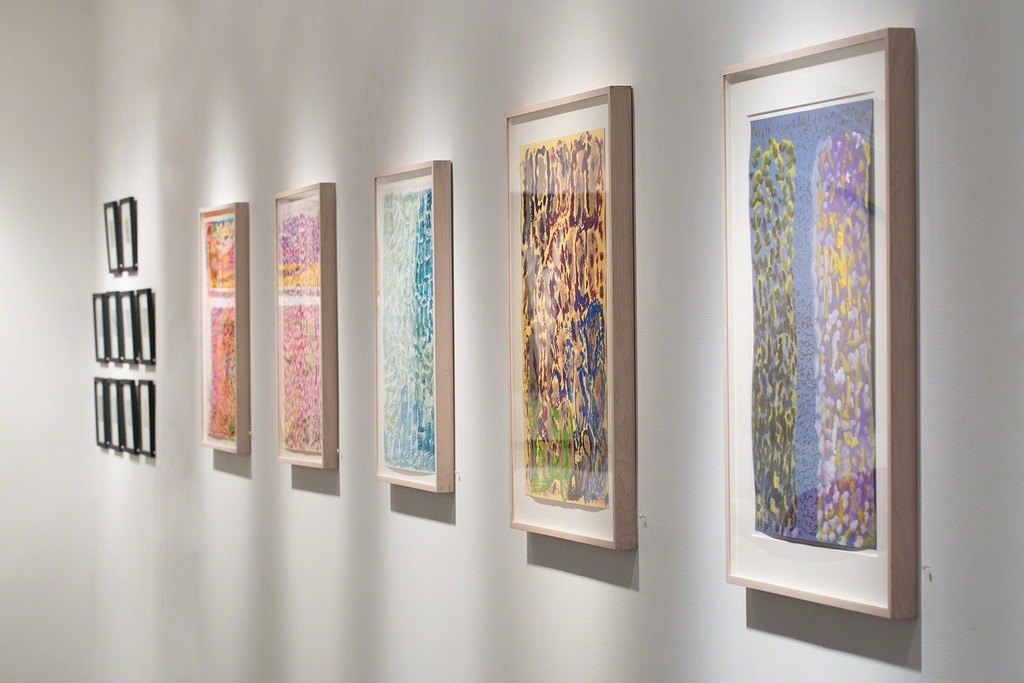 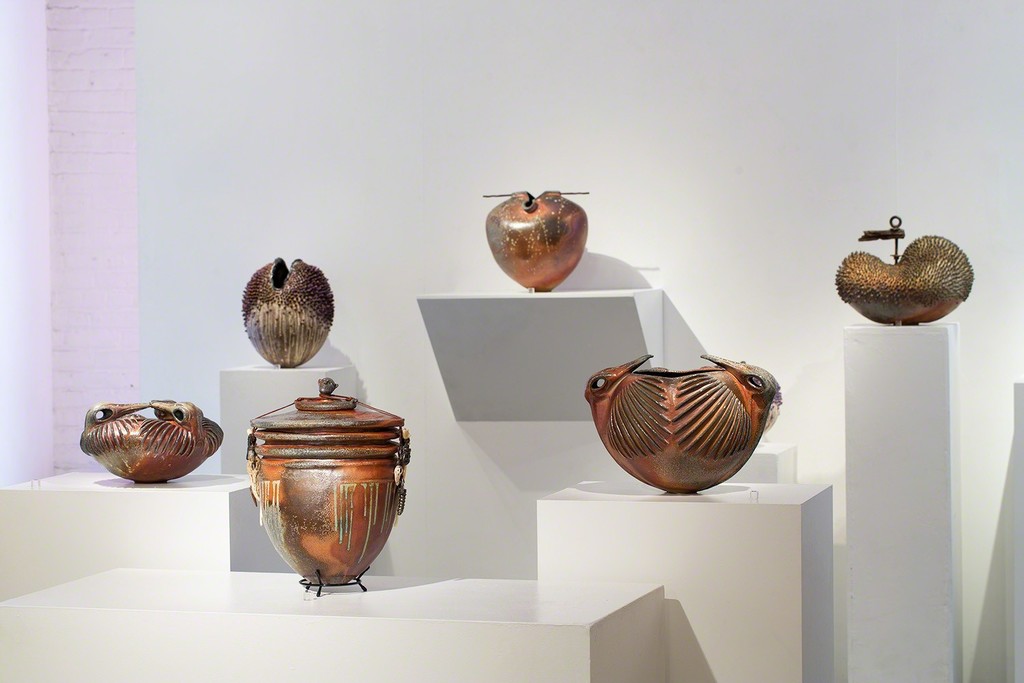 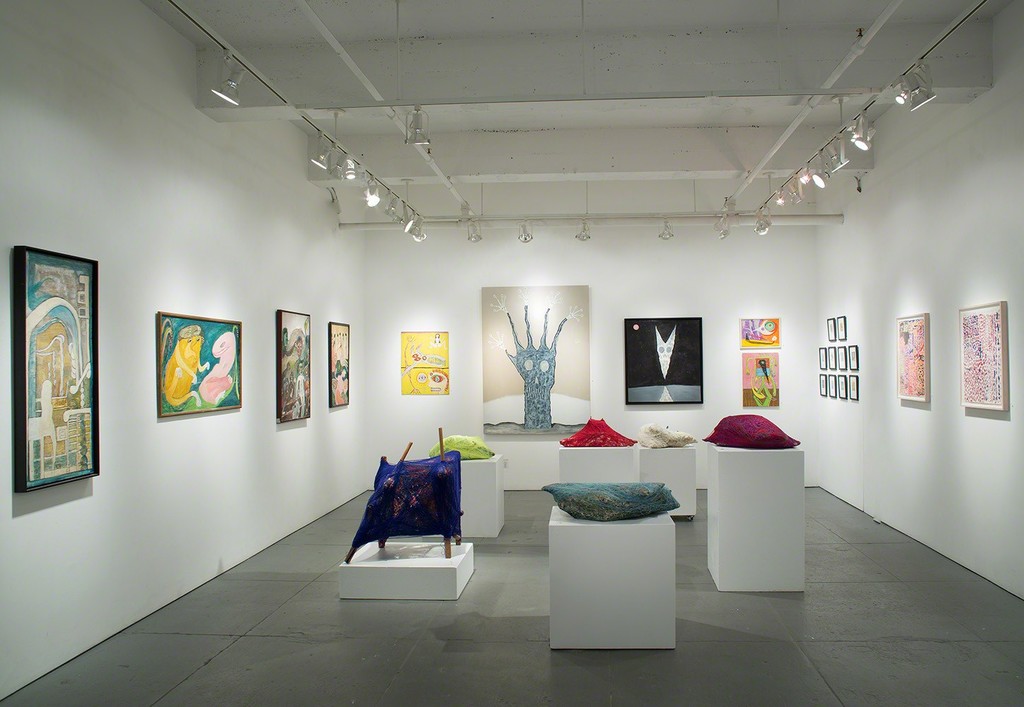 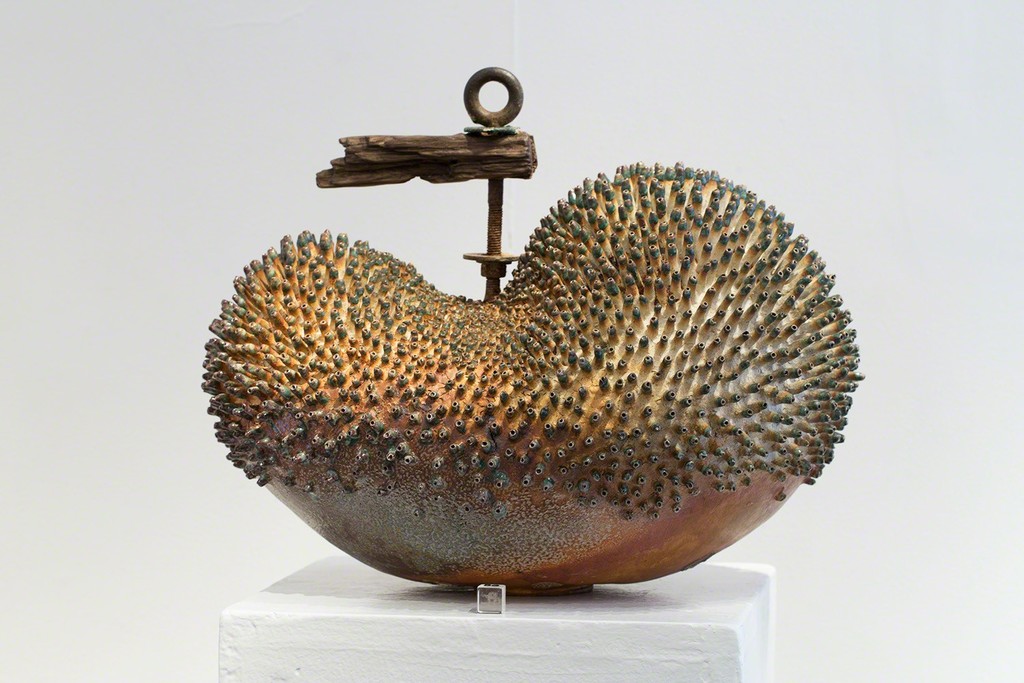 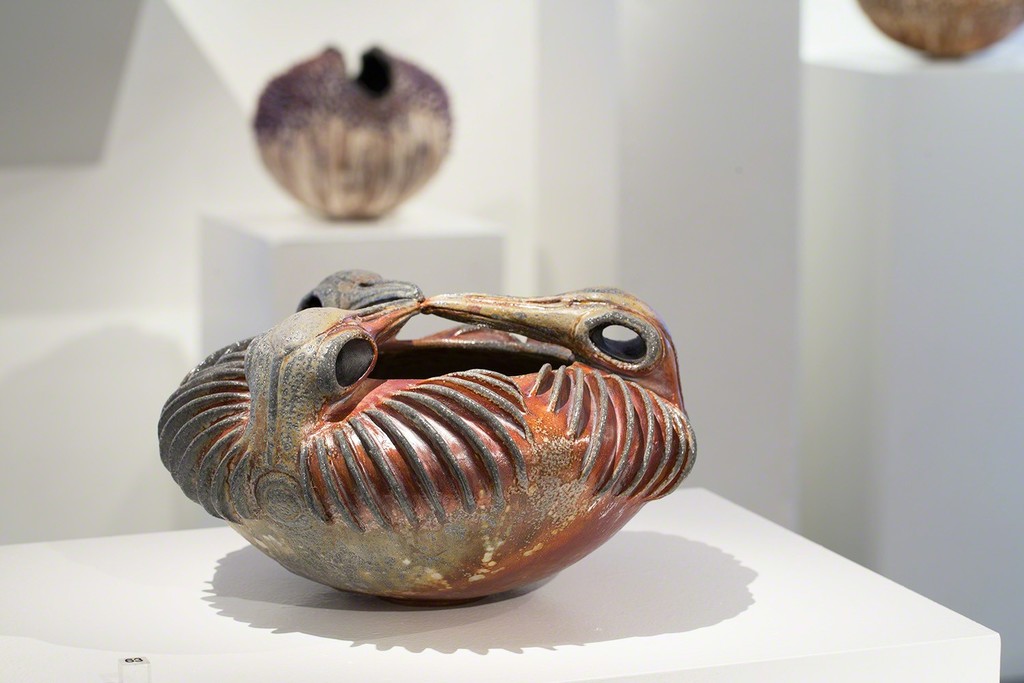 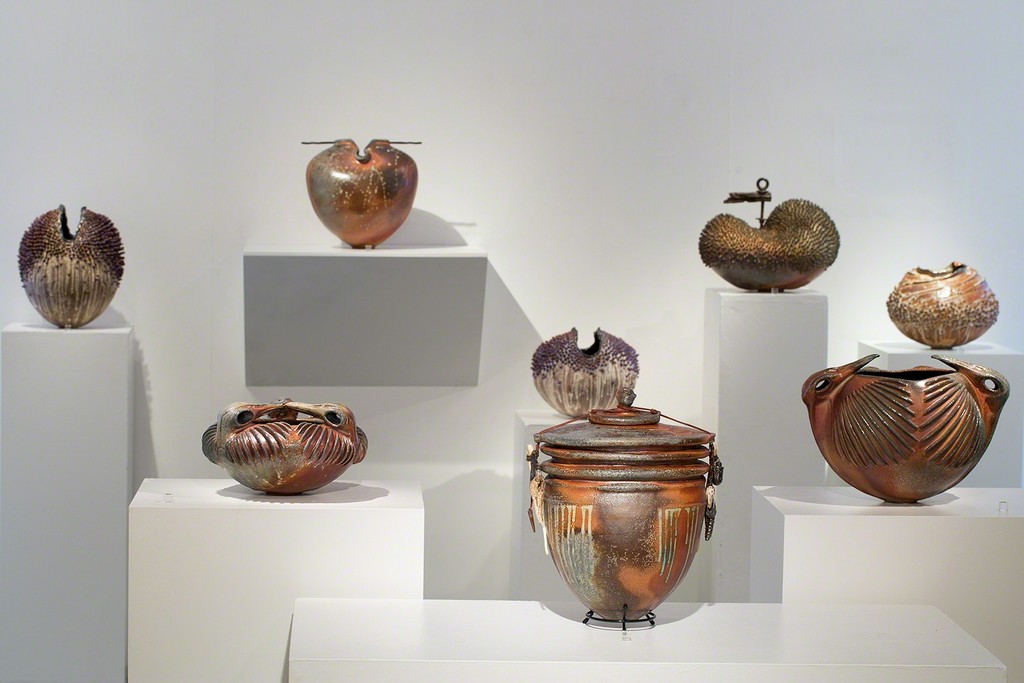 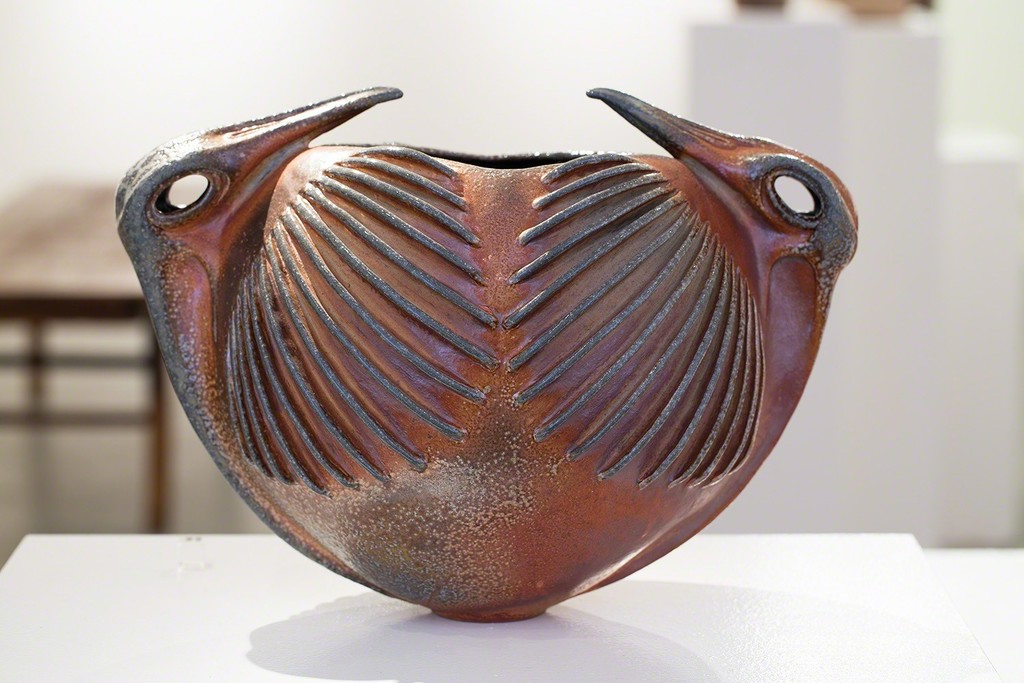 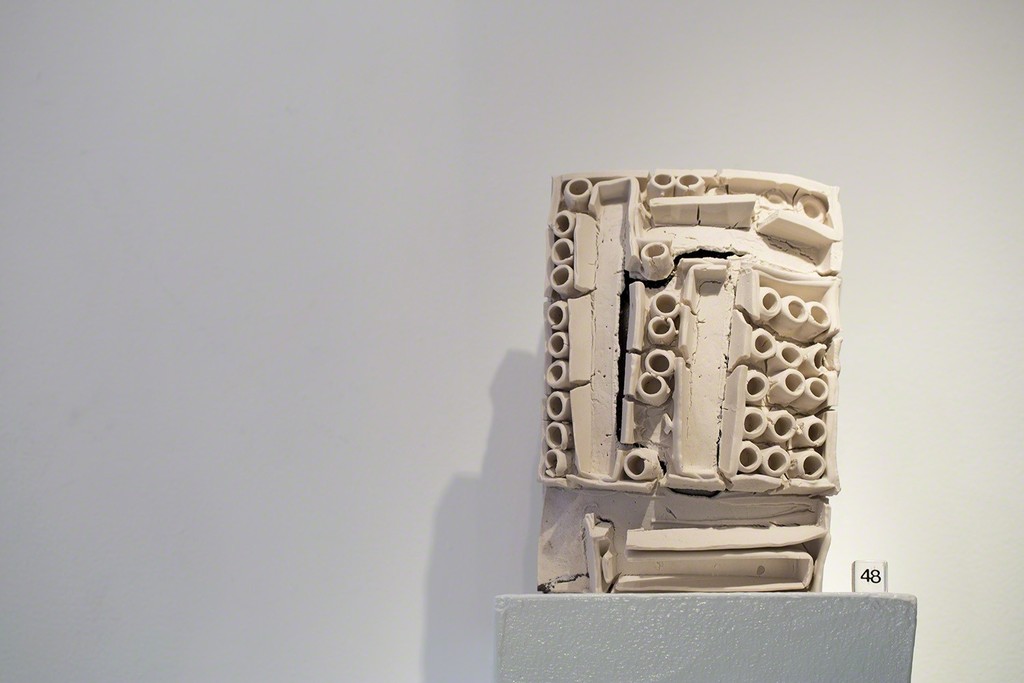 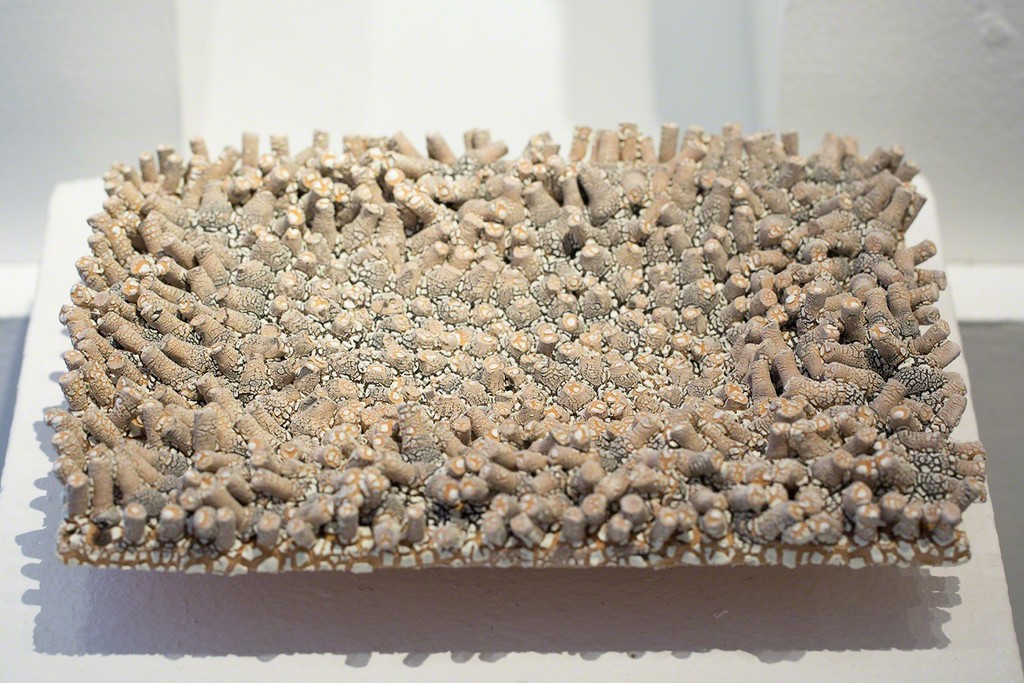 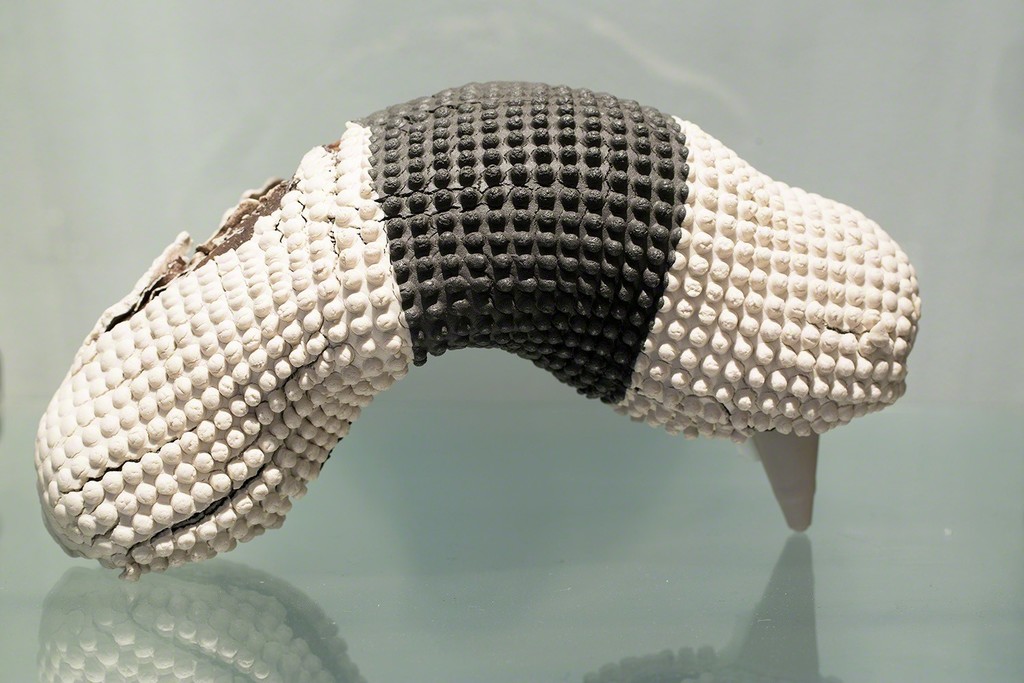 Cavin-Morris Gallery is pleased to present the first in a series of bi-annual exhibitions spotlighting some of the artists represented by the gallery. Each artist will be exhibited on his or her own wall or separate section of floor space. This summer we are featuring Jon Serl, Gregory Van Maanen, J.B. Murray, and Joseph Lambert for the walls, and Melanie Ferguson, Rafa Perez, Tony Pedemonte and Tim Rowan on the floor.

These are artists we have been privileged to work with during all phases of the gallery's history. Jon Serl and Gregory Van Maanen are two of the artists we have worked with the longest, and Melanie Ferguson, Joseph Lambert, and Tony Pedemonte are some of the most recent artists to join us.

Jon Serl lived to be one of the oldest self-taught artists in America, working until he was 98 years old. His work is a poetic document of LGBT life in this country between the World Wars. He was a carnival performer and a chuck wagon chef, and started painting in the late 40s. His work is known for the way he reveled in the sheer glory of drawing with paint.

Gregory Van Maanen's visionary work is about the transformation of violent energy into the process of making edgy art about healing and forgiveness without sentimentality. His images are clean and tough and otherworldly. A large number of his early paintings and sculptures can be seen in the permanent collection of John Michael Kohler Arts Center, Sheboygan, WI.

Master artist J.B. Murray was an African-American visionary whose work spoke to the trials and tribulations of his poor community, and to saving the souls of all black people. He wrote in asemic calligraphy—invented writing-- that came through his hands from the Holy Spirit. He considered much of his work to be amuletic in purpose and power.

Joseph Lambert creates topographies of language. His spiraling marks are his attempts to express himself to the world to counteract his inability or reluctance to communicate verbally. They convey a visual expression of synesthesia, a state where different sensory perceptions combine; in this case sound or speech, sight or color and line.

Tony Pedemonte takes the process of wrapping to a personal and viscerally expressive place. His process is different than that of Judith Scott, who worked before Pedemonte at Creative Growth in San Francisco. Both have created enigmatic sculptures passionately wrapped in layers of materials. Pedemonte chooses fewer colors of threads to wrap these personally chosen, and frequently hand-assembled objects. In comparison to Scott, his work is more minimal, while still maintaining a totemic quality.

For our ceramics selection we chose three wonderful artists as different from each other in intention and result as could possibly be. There is an almost occult spirituality in the beautifully surfaced sculptures of Melanie Ferguson (Georgia, USA). She captures aspects of place and landscape in the skins of her pieces and yet has imbued them with a sense of lunar and tidal timelessness.

Rafa Perez (Spain) has a seemingly unlimited vocabulary of imagination in his never-repeating variations on solid organic asymmetrical forms. He is a master of his materials and his restlessness has resulted in a body of work that is ongoing and ever-pushing his own envelope.

Tim Rowan (New York, USA) also carries an intense sense of place in his pieces coupled with a hint of Japanese sensibility, which he took away from his apprenticeship with Ryuichi Kakurezaki. Yet, rather than a sense of impermanence, his work carries a graceful earthy sense of monumental permanence, a presence that doesn't disappear even when those monuments are in ruins.