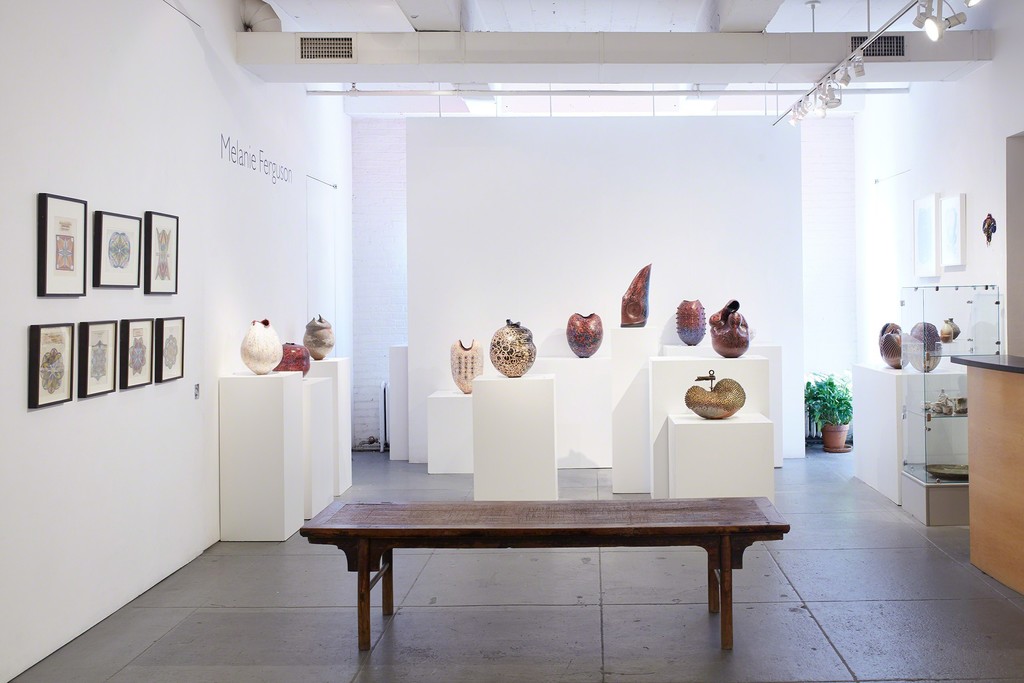 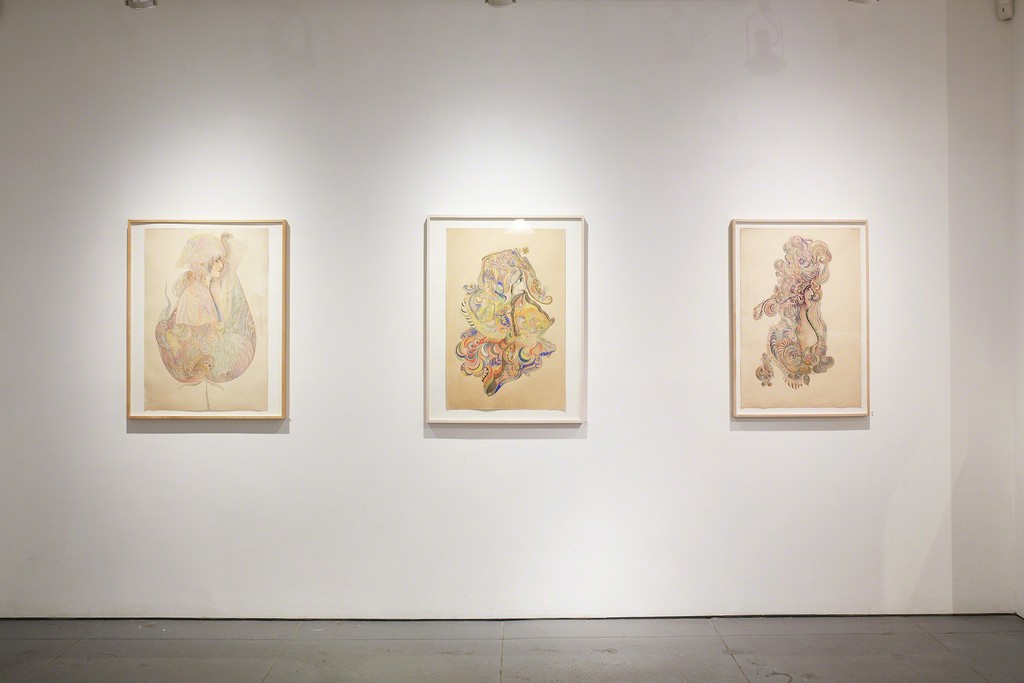 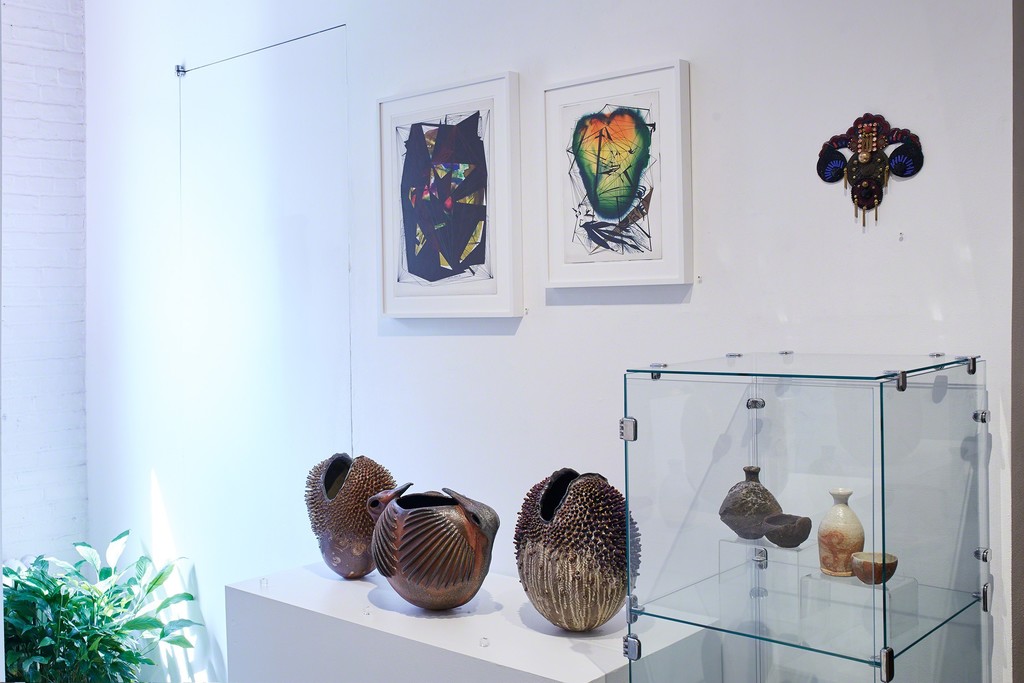 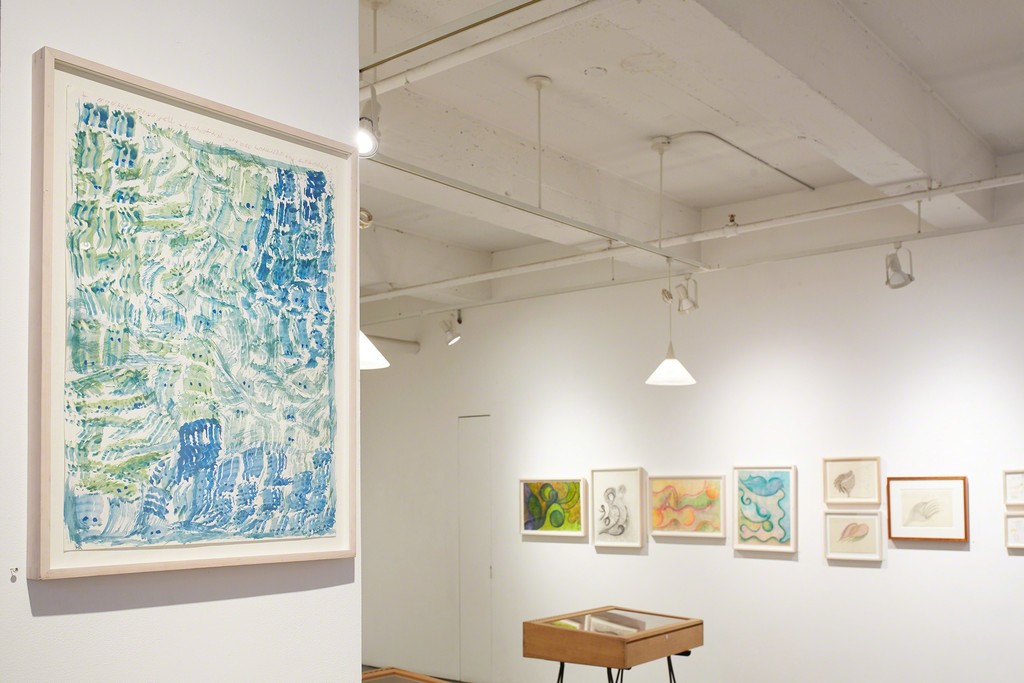 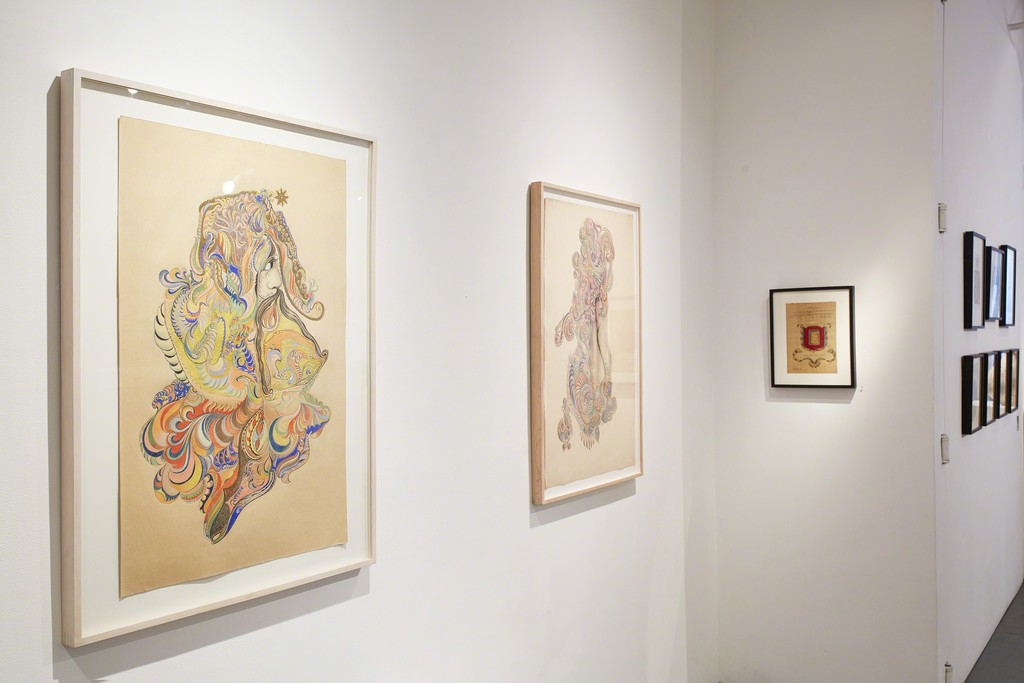 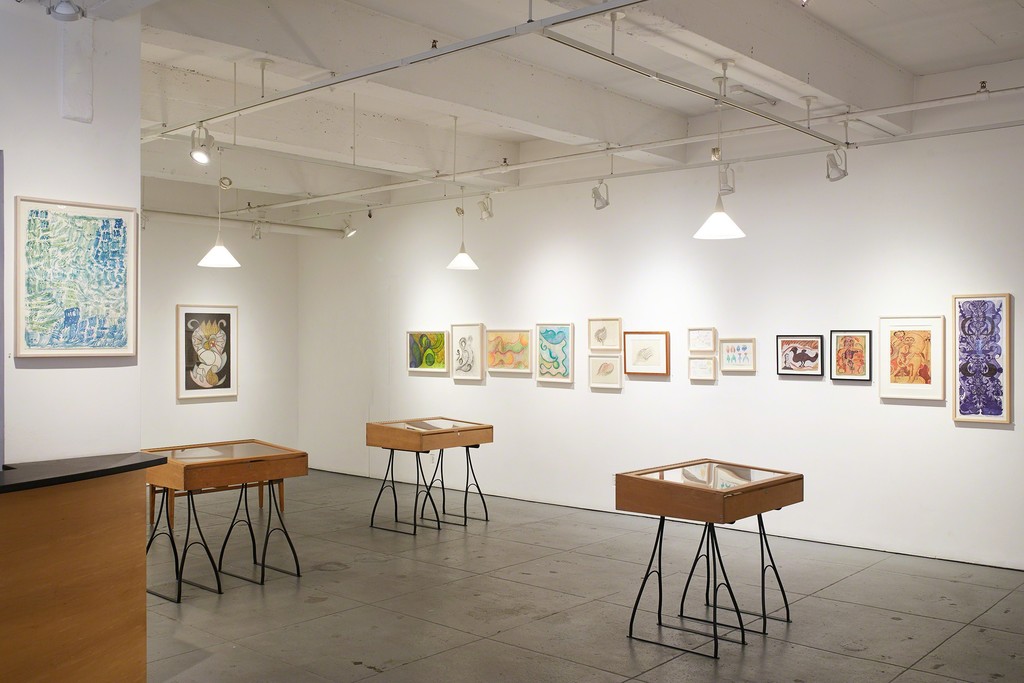 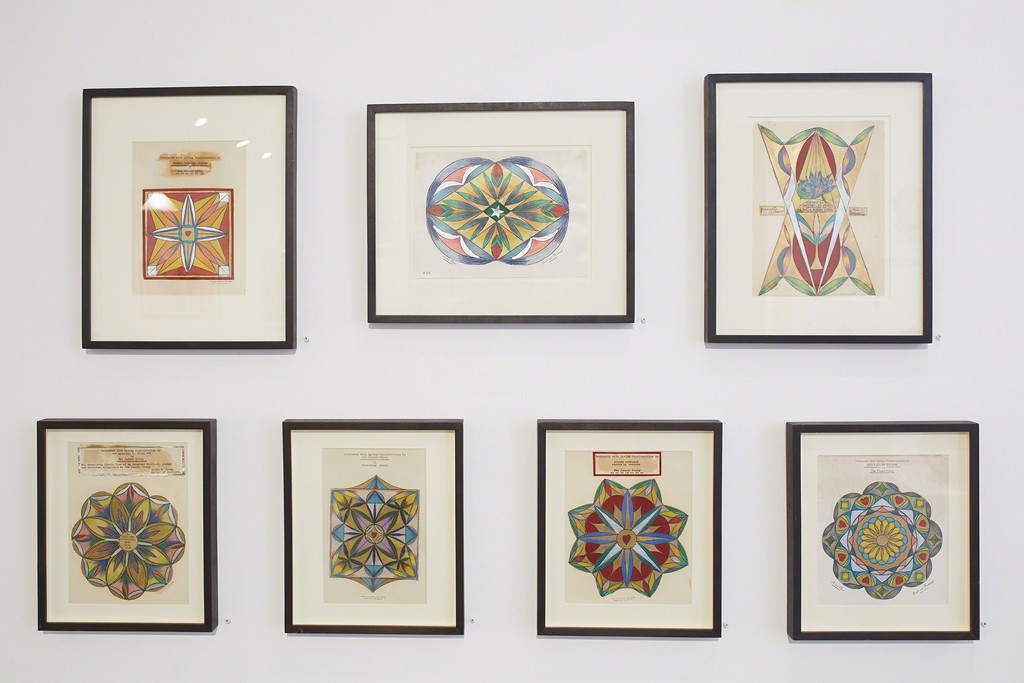 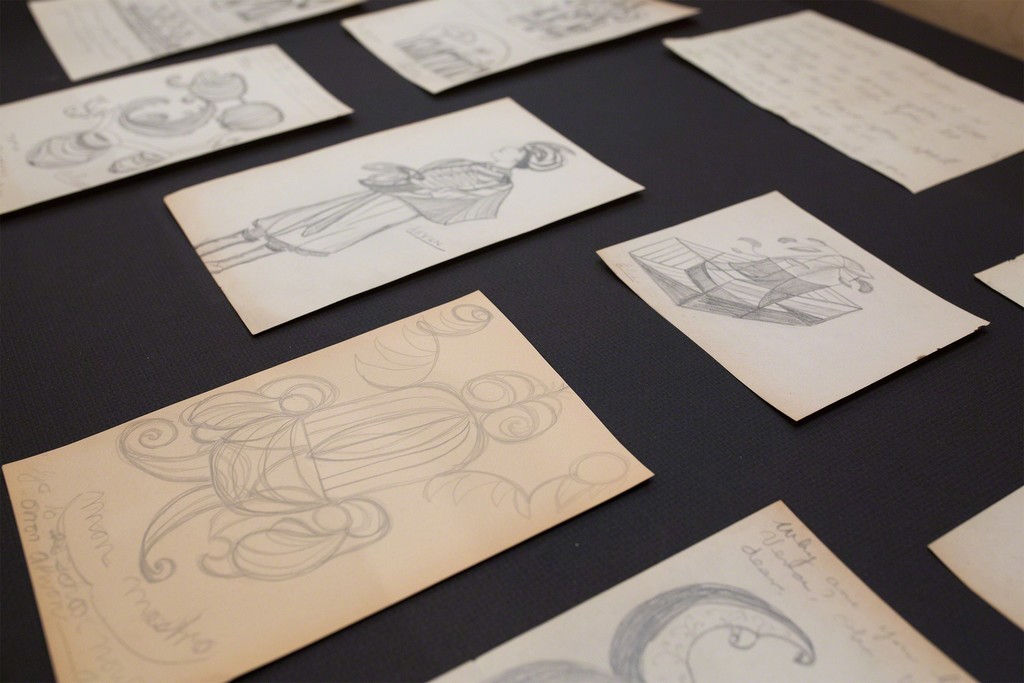 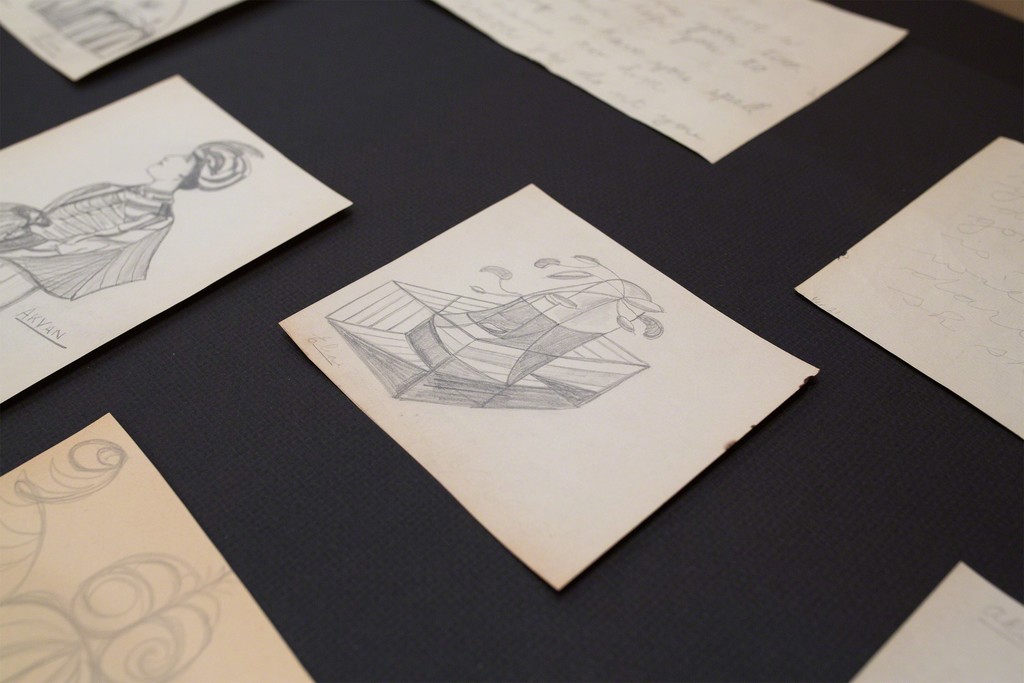 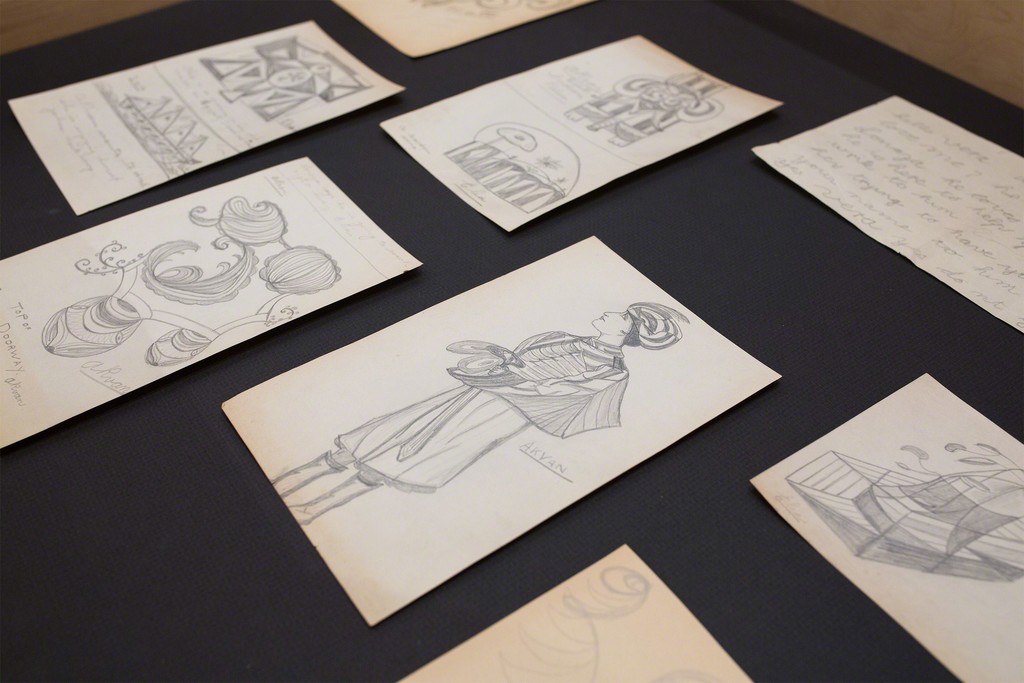 Cavin-Morris Gallery is pleased to present Duende: Artists Translating Spirits. A duende is a spirit often associated with flamenco dancing that rises up through the feet of dancers. It is also an embodiment of heightened creative and passionate receptivity and thus wonderfully apt for the artists in this exhibition, each of who makes art while in a trance state surrendering the hand to an otherworldly entity. Although some of the artists in Duende are mediums this is not the central premise of this exhibition. We looked specifically for artists who felt that their artworks were either authored by or in collaboration with entities from other planes of existence. These artists are able to translate the existence of these entities into works of art not in memory but as part of an immediate sharing of experience.

It is often claimed that Art Brut focuses only on the work of psychologically damaged artists, but examination of its history, both while founder Jean Dubuffet was alive and after his death, shows that there were many artists working in a visionary or spiritualistic mode included in this seminal collection. It was the Surrealists, personified mainly by Andre Breton who most extensively championed the mediumistic works. In fact, a major disagreement between Breton and Dubuffet centered on Breton not wanting the work to lose its mediumistic identity by being consumed in, and relabeled as ‘Art Brut’.

The artists in this exhibition mainly worked in the 20th century, but some of the artists are still alive and working today, both from non-Western cultures. M’onma was born in northern Japan, and Noviadi Angkasapura was born in Irian Jaya. M’onma surrenders to an entity that takes control of his hand for hours. He draws in a state of a waking trance until the entity leaves his body. Angkasapura, who grew up in animistic surroundings, was visited by a spirit who told him to make art to keep Balance and sound moral judgment in his life. Every drawing he makes has the phrase ”KI RADEN SASTRO INGIL” which was said to him by the Spirit.

The earliest work in the exhibition is by František Jaroslav Pecka who made mediumistic drawings in the early 1920s in what is now the Czech Republic. The country has been a haven for Spiritualists as far back as the 19th Century, despite the political waves that have rolled over the country. This is the first time his work has been exhibited since his work was shown in Paris during the National Spiritist Congress in 1927.

We will be showing rarely seen early drawings by Anna Zemánková, who is joined by another Czech artist, Cecilie Marková, and an anonymous Czech artist who bears a strong visual kinship to Zemánková and Marková, despite working much earlier during the dark times of World War II.

French artist Henriette Zéphir began drawing in 1941, submitting to the influence of spiritual forces that commanded her to draw as they instructed her. The intention of these drawings, first admired by Jean Dubuffet in 1945, were a complete mystery to Zéphir. Towards the end of her life she came to the realization that they were a translation of beneficial energetic forces that needed to find release in this plane.

Agatha Wojciechowsky came to America from Germany in 1923. Quite suddenly, in the 1950’s she began to paint and draw. Like Zemánková and Zéphir, her work appealed to Jean Dubuffet, and other expatriated surrealists in the United States. She said, in what has now become a familiar refrain, that her work was the result of different entities that directed her hand. She had nothing to do with it.

It is natural that much of the western aspect of spiritualist work came after the Civil War and then again between the two World Wars, as people desperately tried to come to terms with the massive numbers of family members and friends among the fatalities. The beginning of the 20th century was also a time where early studies of spiritualism and the paranormal were still tied to scientific investigation, in hopes that science could quantify and thereby legitimize the experience.

Helen Wells and Norma Oliver also worked in New York in the early part of the 20th century as high society mediums and founders of the Jansen Group, which summoned and drew upon spirits of the dead including Native Americans, enslaved people, aliens, and ancient Greeks. They both worked with named spirits to do very different types of drawings.

Paulina Peavy (American, 1901-1999) was a trained artist, who attending a séance in 1932 where she met a UFO named Lacomo. This force directed her brush, and became her co-painter. Peavy made masks that she wore while painting to facilitate Lacomo’s flow of energy to her. Lacomo shared the secrets of the universe with Peavy, including the belief that the future held an androgynous life for mankind, and humans would evolve into invisible spirits or UFO’s. The rest of her life was dedicated to the promotion of this worldview, and cosmos was the only subject of her art.

John Bunion (JB) Murray, who never learned to read or write, received and channeled the Holy Spirit when making his abstract yet specific drawings and by reading his ansemic writing through a bottle of sacred water from his well. He was able to interpret the struggle of the Holy Spirit to save lost souls. We will be exhibiting his prayer-filled envelopes, long scrolls on adding machine tape, and other rarely seen art from the estate.

This exhibition gives viewers a new vantage point for perceiving the breadth and global reach of Art Brut. It is a testament to the sheer human necessity of the field that sub-genres continue to develop 70 years after Jean Dubuffet first put the collection together.

Other artists in the exhibition include Anthony Hopkins, Coco Fronsac, Vera, and tantric drawings by anonymous makers.