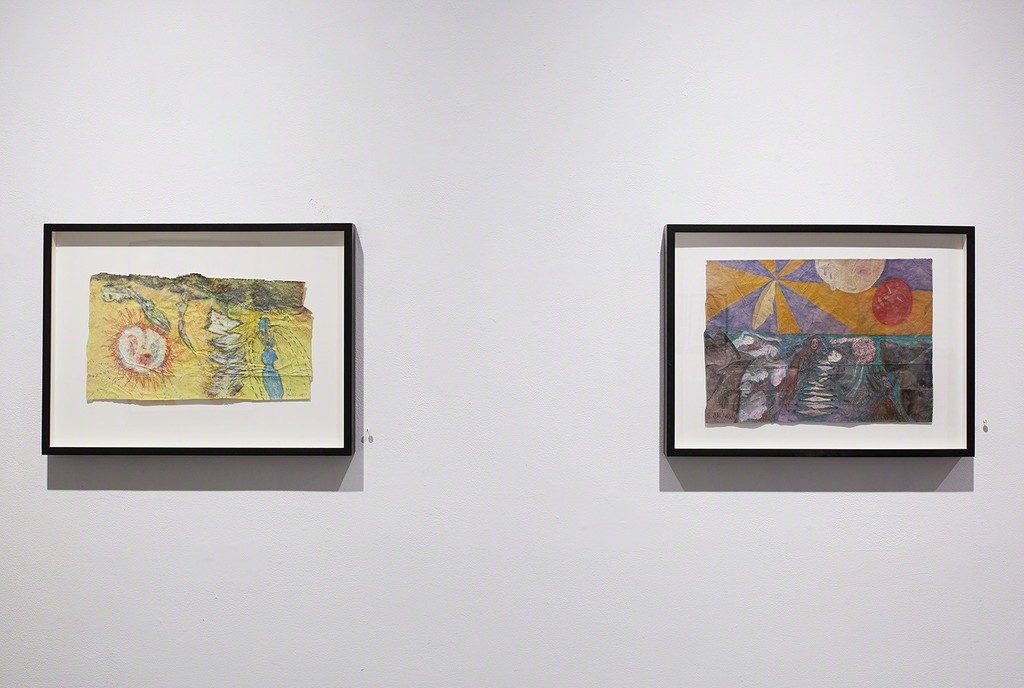 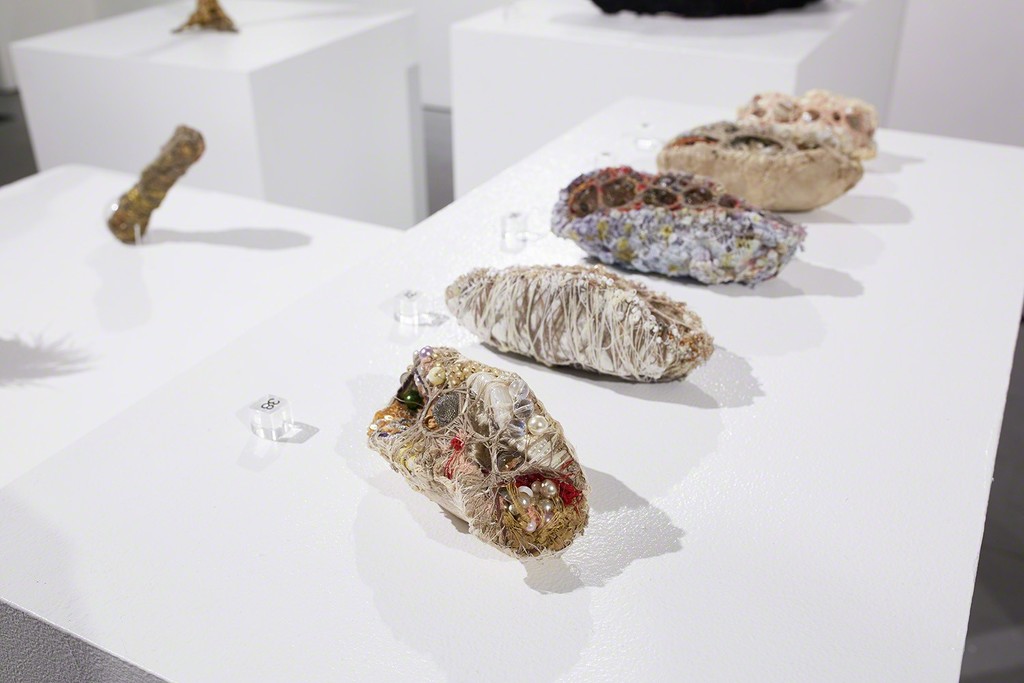 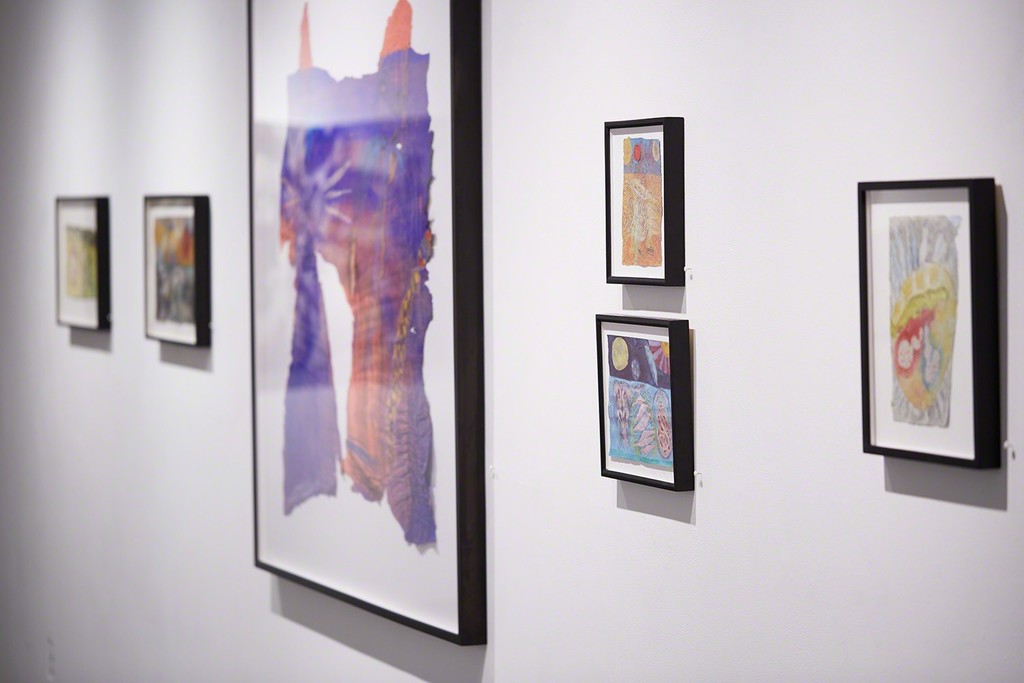 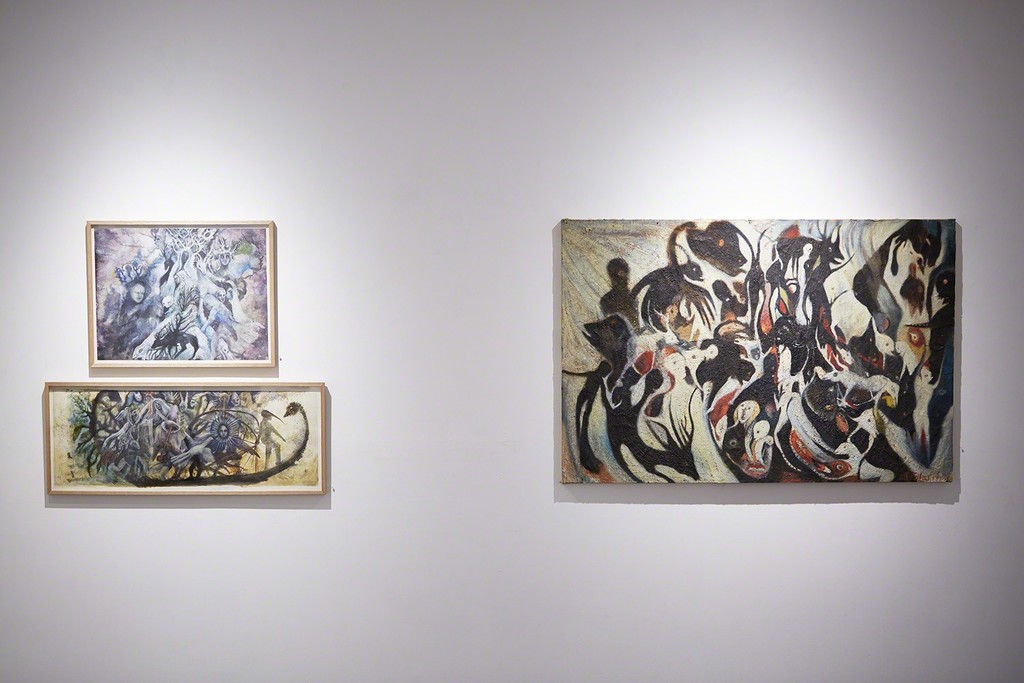 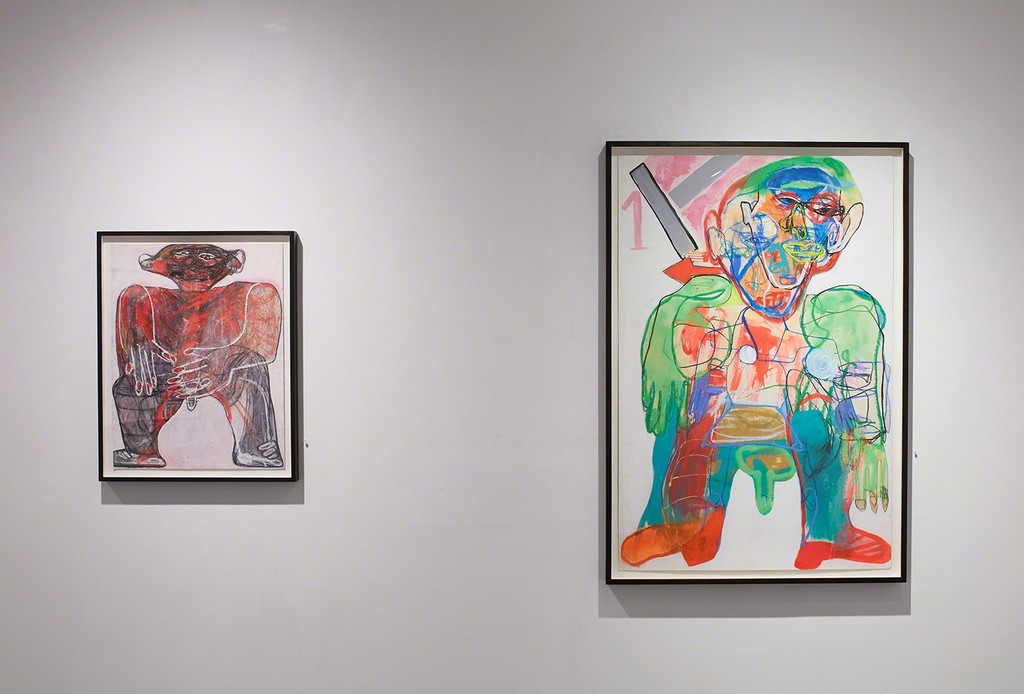 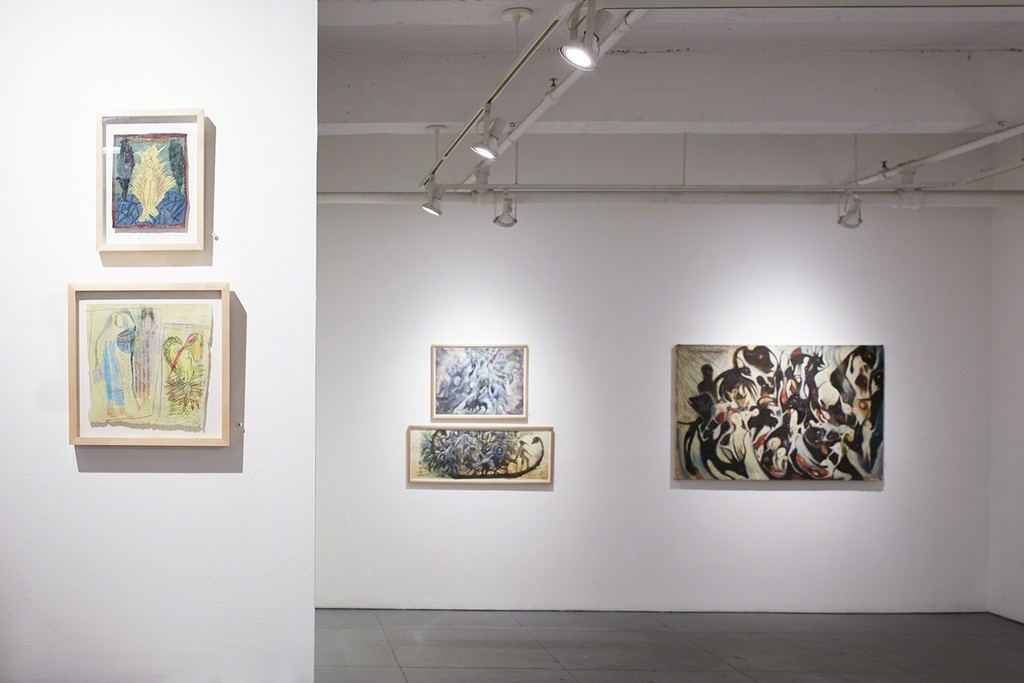 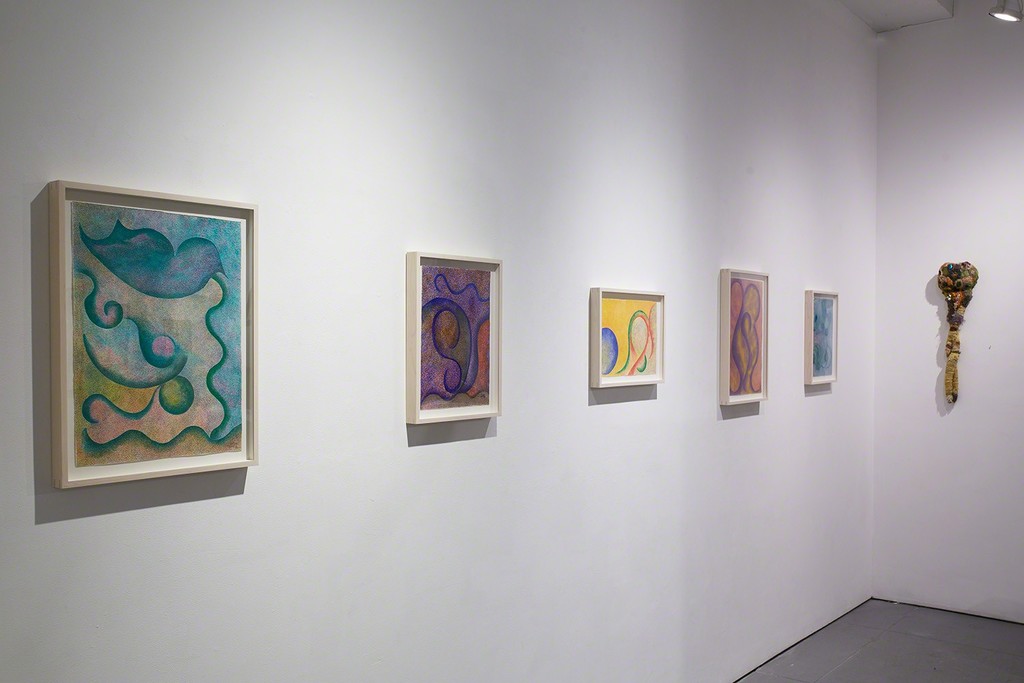 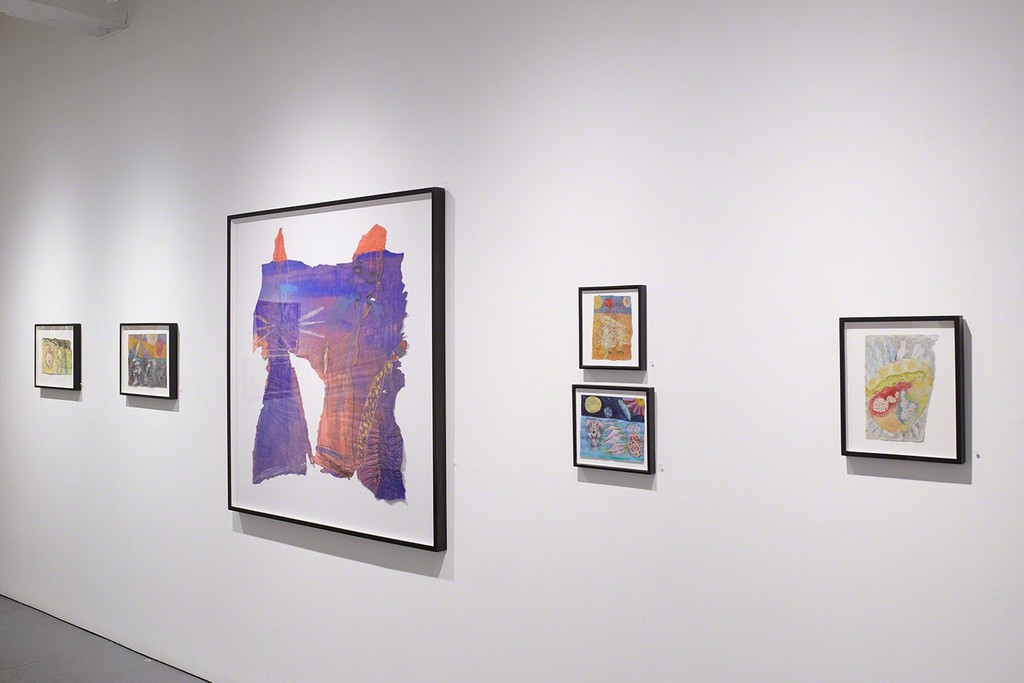 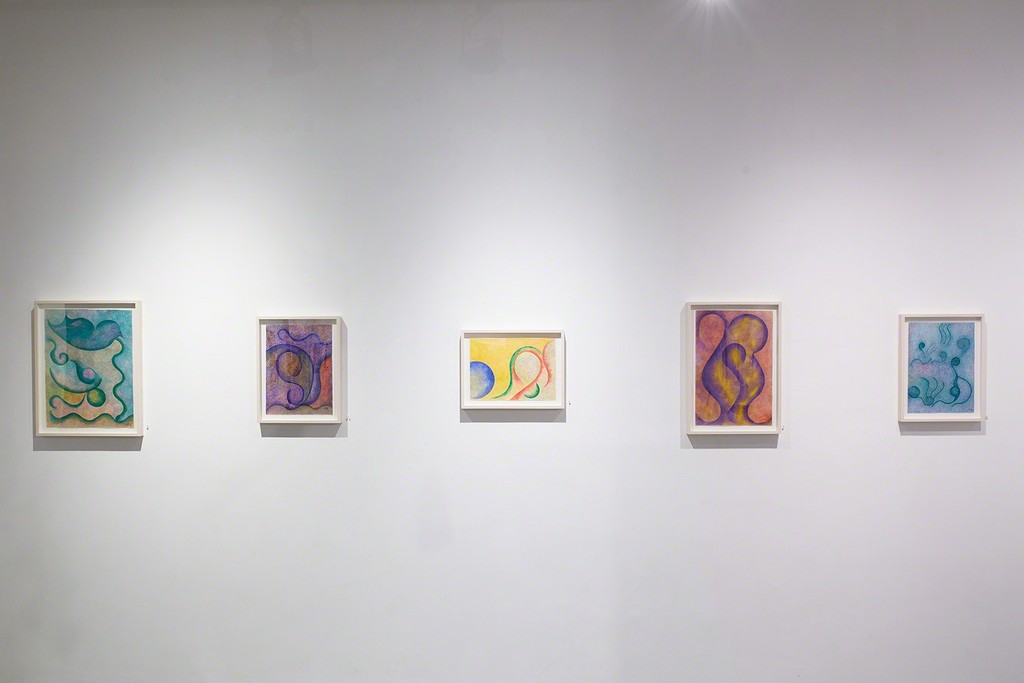 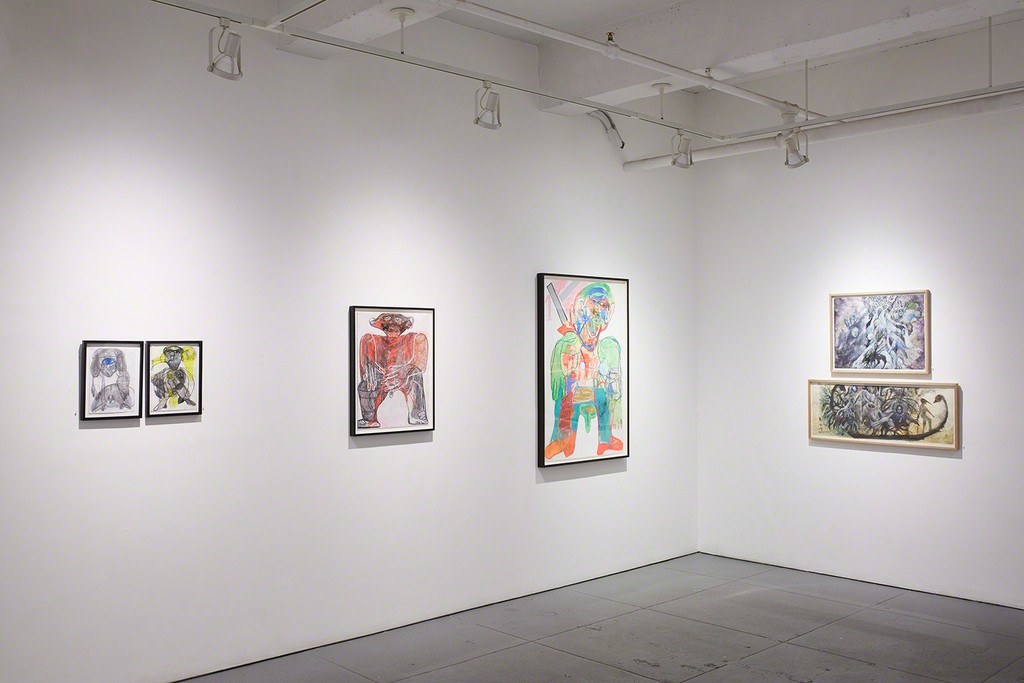 Cavin-Morris Gallery is honored to present Rings Around The Moon, a group exhibition featuring Caroline Demangel, Monika Maurer-Morgenstern, Christine Sefolosha, Sandra Sheehy and Henriette Zéphir. These five artists are emblematic of the gallery's devotion to exhibiting visionary work that transcends the mainstream.
Caroline Demangel is a French artist whose strong gestural painting style and bold use of color express a raw and volatile inner world. Her work conveys a range of emotions in each depiction, allowing the viewer to access a glimpse into her complex inner landscape.

Working out of Germany, Monika Maurer-Morgenstern's intimate, highly detailed, mixed-media works are both playful and enigmatic. She uses a combination of drawing, collage and text techniques to convey visions of earthly and spiritual realms.
Christine Sefolosha's paintings create a rich dreamlike world that are simultaneously dark, hopeful and mysterious. Her motifs give a sense of timelessness working to create a space of mythical intrigue. Her work is informed by her time spent in Switzerland and by her many years of living in South Africa during the system of Apartheid.

Sandra Sheehy is a British artist who creates sculptures from found materials. She uses thread, fabric, shells, beads, sequins and a multitude of other materials to make dense and fantastic objects. The intense meticulousness coupled with the magical nature of these amuletic sculptures seem to come from an inexplicable urge to find cathartic release through physical manifestation.

Henriette Zéphir (1920-2012) is a French artist whose abstract drawings were hailed by Jean Dubuffet. She began drawing on May 3, 1961 when she first felt the influence of a guiding hand. She subjected herself to repeated encounters with this spiritual force, who not only instructed her in proper breathing techniques to practice while drawing, but also which pen and which inks to use in her drawings. She described herself as a channel through which certain spirits travel, and not a medium. The work is both ideologically intricate and formally enthralling.

This group of five artists use the poetry of their visual language to unearth hidden interiors and intangible realms. Through the integrity of their work and the sacredness of their visions we can briefly glimpse the universality of their interior worlds.