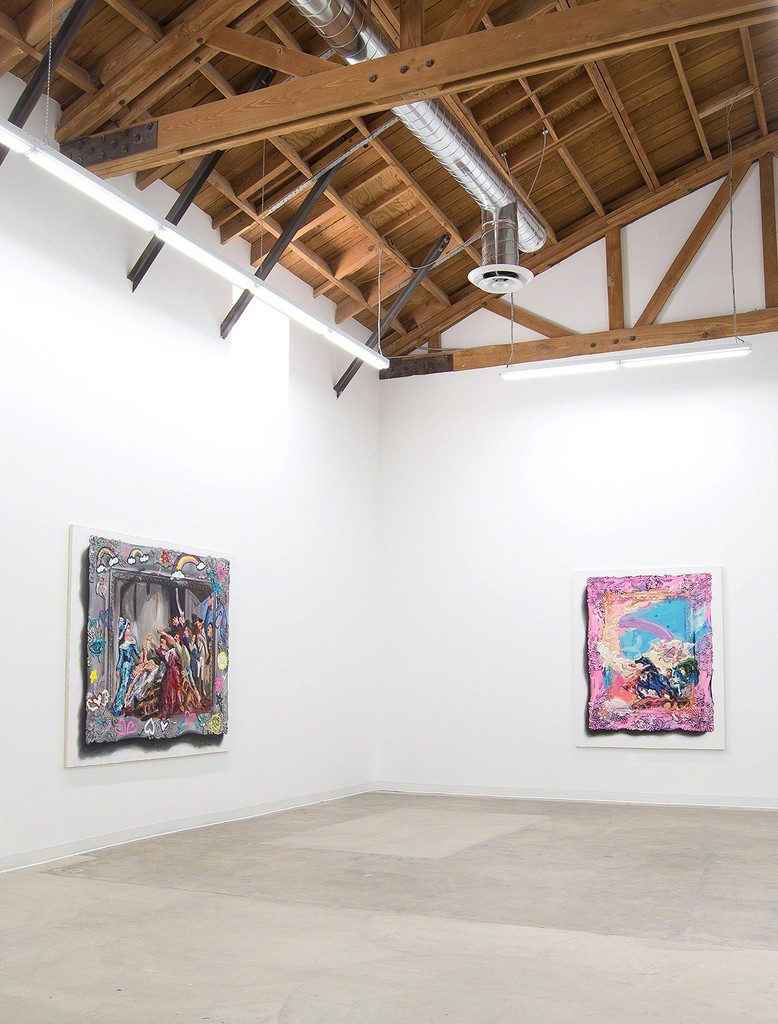 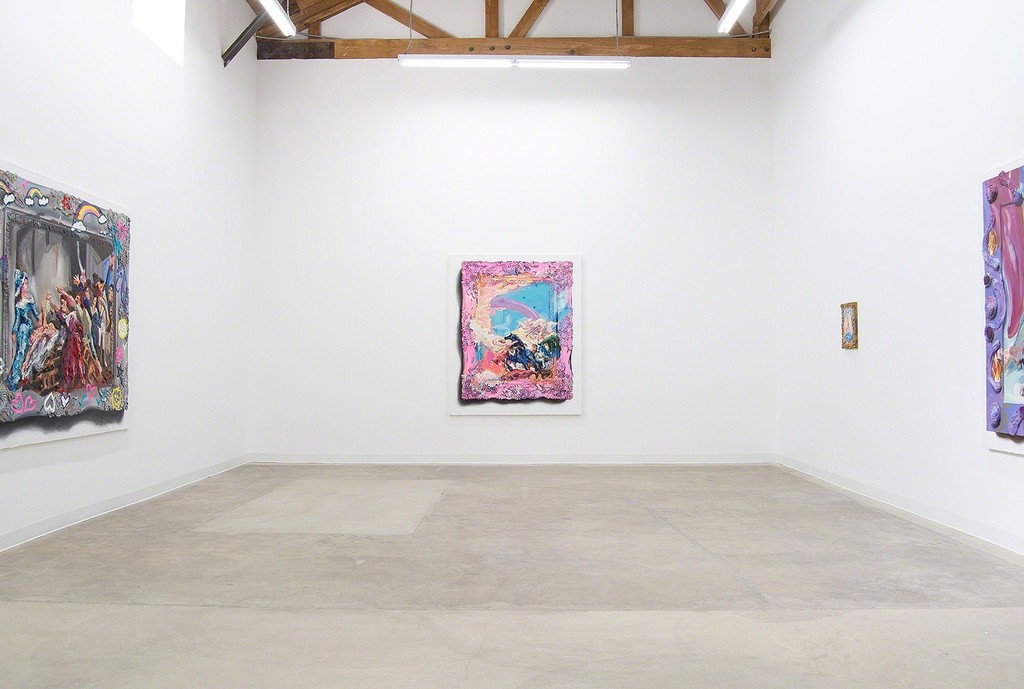 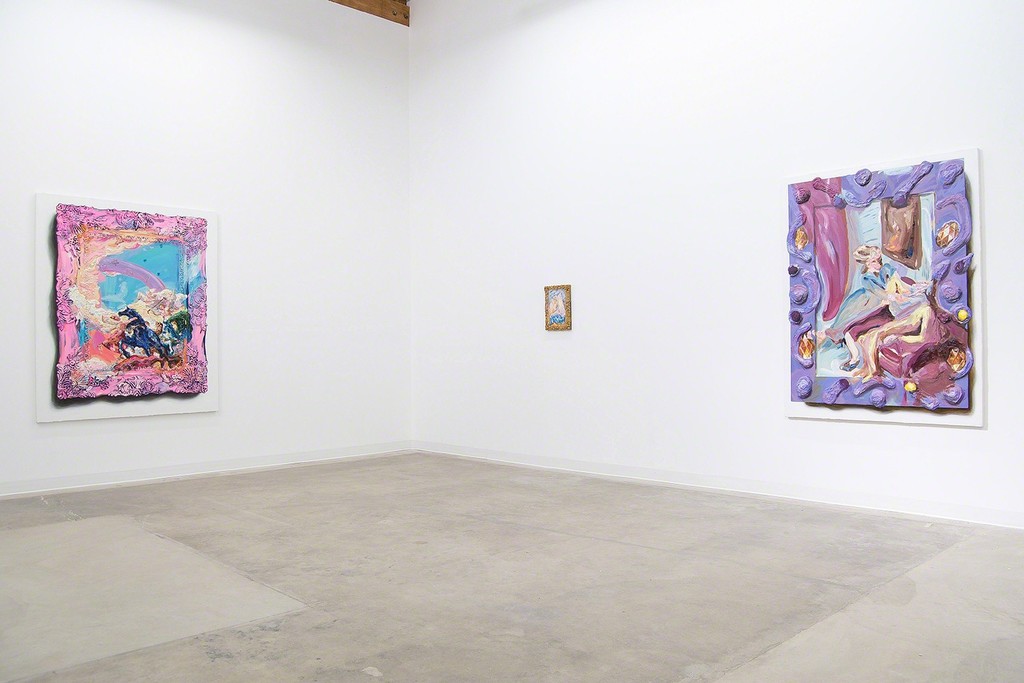 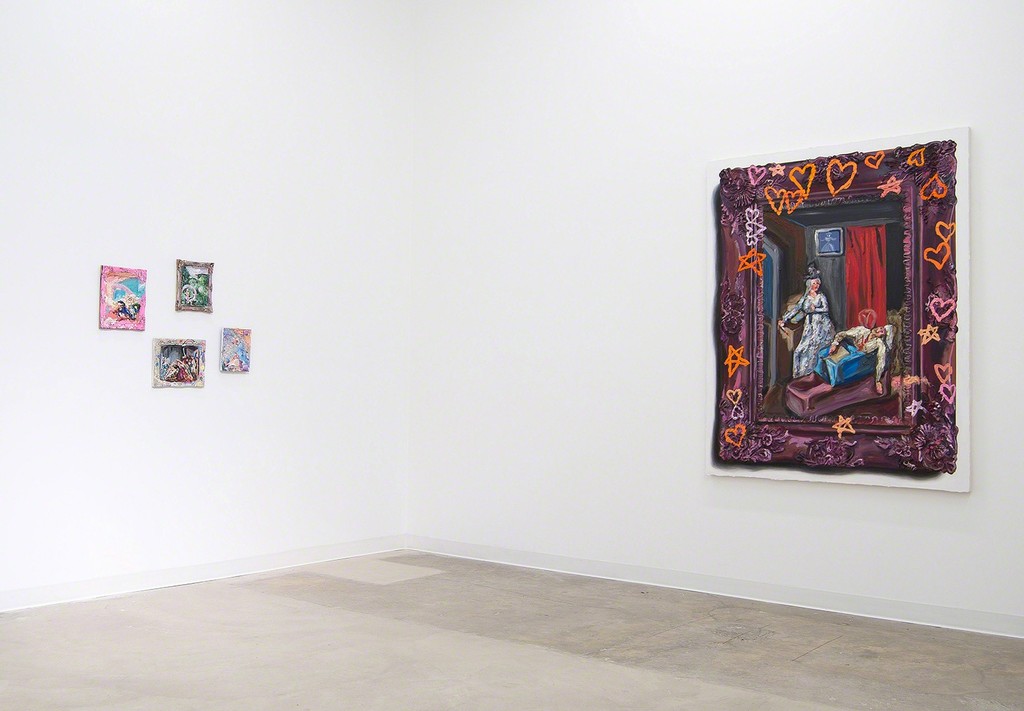 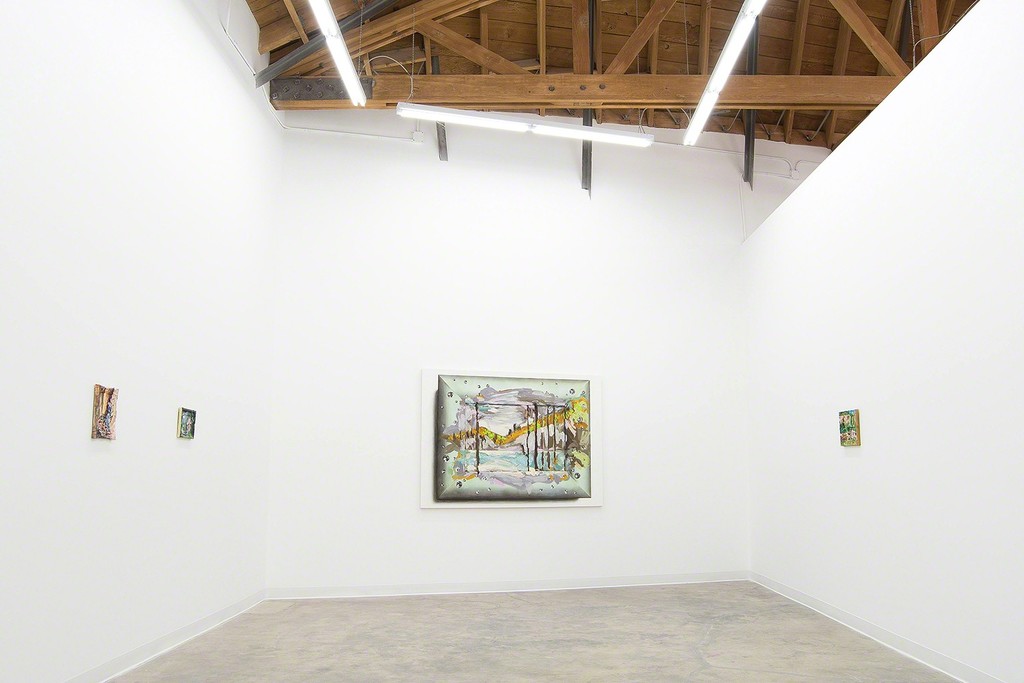 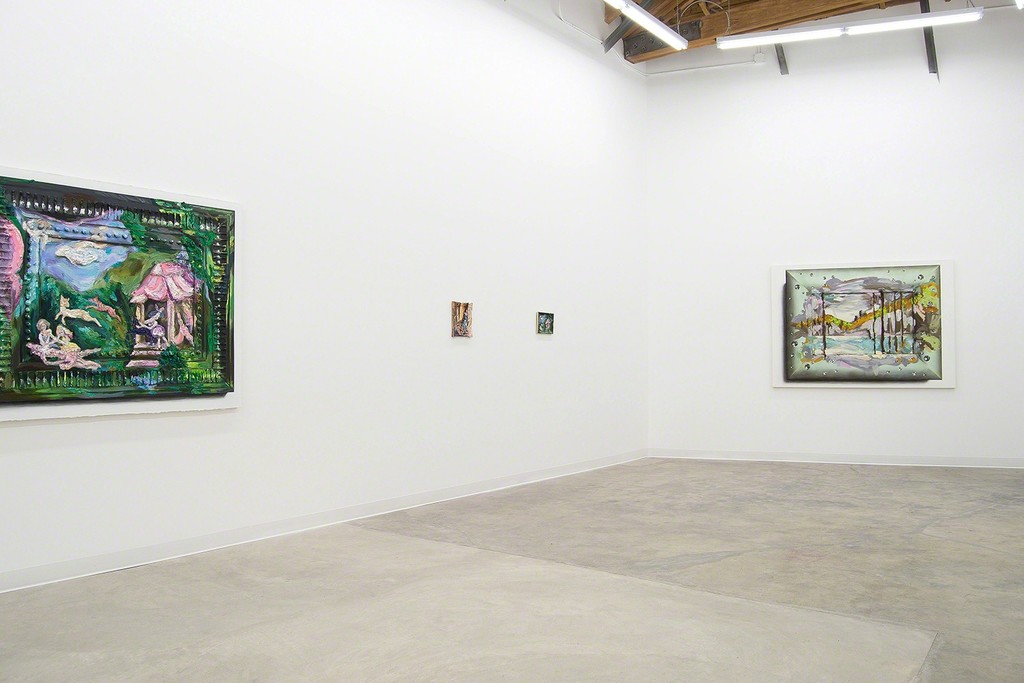 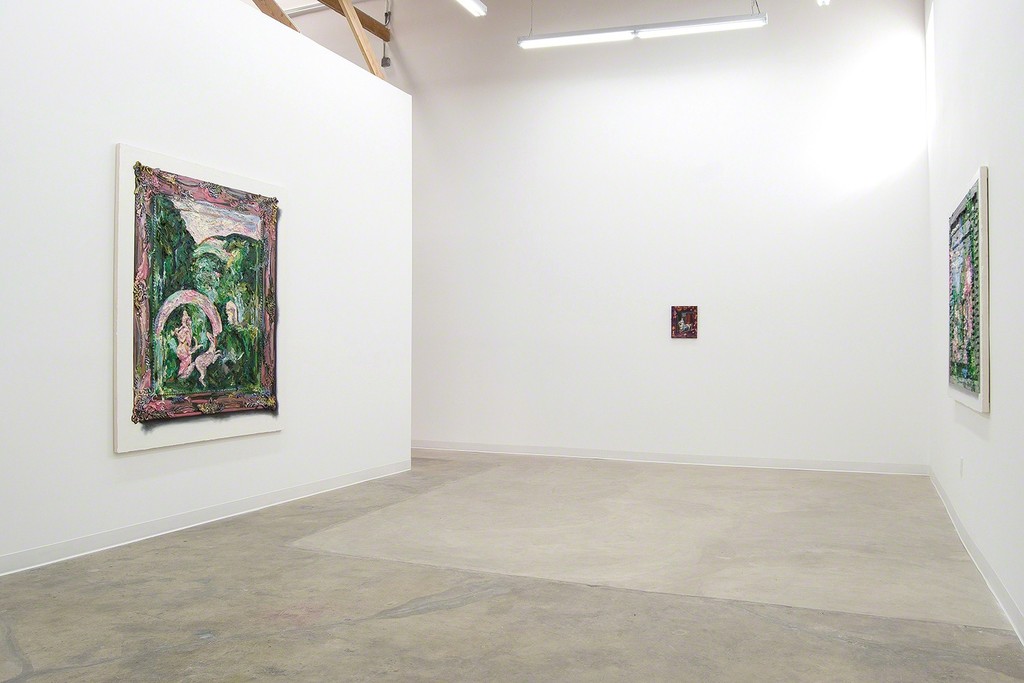 The title of the Annelie Mckenzie’s first solo exhibition at CB1 Gallery, The Enthusiast, comes from Sarah Pogson’s play The Female Enthusiast (1807), written about Charlotte Corday, the woman who “acts out of political and moral enthusiasm” in assassinating Jacobin leader Jean-Paul Marat during the French Revolution. Several of the paintings completed for this show deal with that subject matter directly – they are remakes/covers of work done by several different lesser known (or unknown) artists as news travelled and Corday quickly became a notorious pop icon of her time. Other works in this show touch on depictions of “virtuous battle” taking place in the heavens – such as sources taken from Tiepolo. Still other works are about the gendered battle for space in the canon of art history (for instance, works about the artist Marie Laurencin).

Describing an assassin as an “enthusiast” is a strange adjective. It avoids a value judgment of her actions, saying only that she felt strongly about the issue. Identifying with this word on a few levels, Annelie McKenzie is an enthusiast of art history, searching for a female art lineage (plus a few token men) and repainting their works in the way a musician makes cover songs from pieces that have moved her. Also, the artist is an “enthusiast,” interested in devotional ways of making art – or in other words “fandom practices” – for example, crafting, scrapbooking, and doll-making. Obviously these are traditionally gendered practices.

“When I am making a small painting on a decorative frame and adding craft materials I realize I am feminizing them, and that there is a negative connotation that comes with that. Yet at the same time, I feel I am expressing love for the source works. They are more intimate and diaristic. Enlarging the painting is a way of heroicizing, validating, and in a sense, masculinizing the work. It is challenging exercise to scale up, and to make decisions about what will be made physically thicker, and what will be given the illusion of corporeality.”

Born in Montreal, Canada, Annelie McKenzie graduated from the University of Calgary with a BFA and earned her MFA from California State University, Long Beach, in 2013. In addition to art, she has a music background and plays the piano, clarinet and drums and has an ongoing collaborative practice with artist Tina Linville. She has exhibited at Mark Moore Gallery (CA), 18th Street Arts Center (CA), Contemporary Calgary (Canada), Wignall Museum (CA), Den Contemporary (CA), and other spaces throughout Southern California, Canada, and South Korea. She won the “Against the Grain” Award in 2012 and was recently named one of “Eight LA Artists You Should Know” in Fabrik Magazine #19. The artist lives and works in Los Angeles, CA.