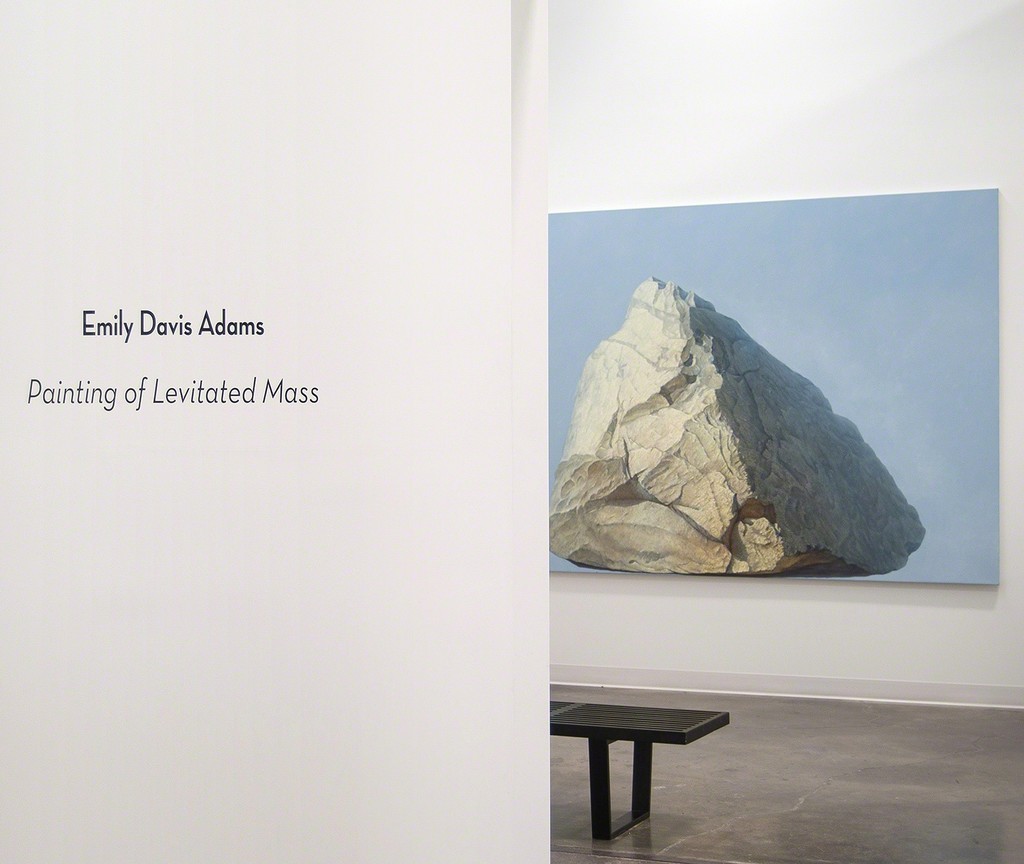 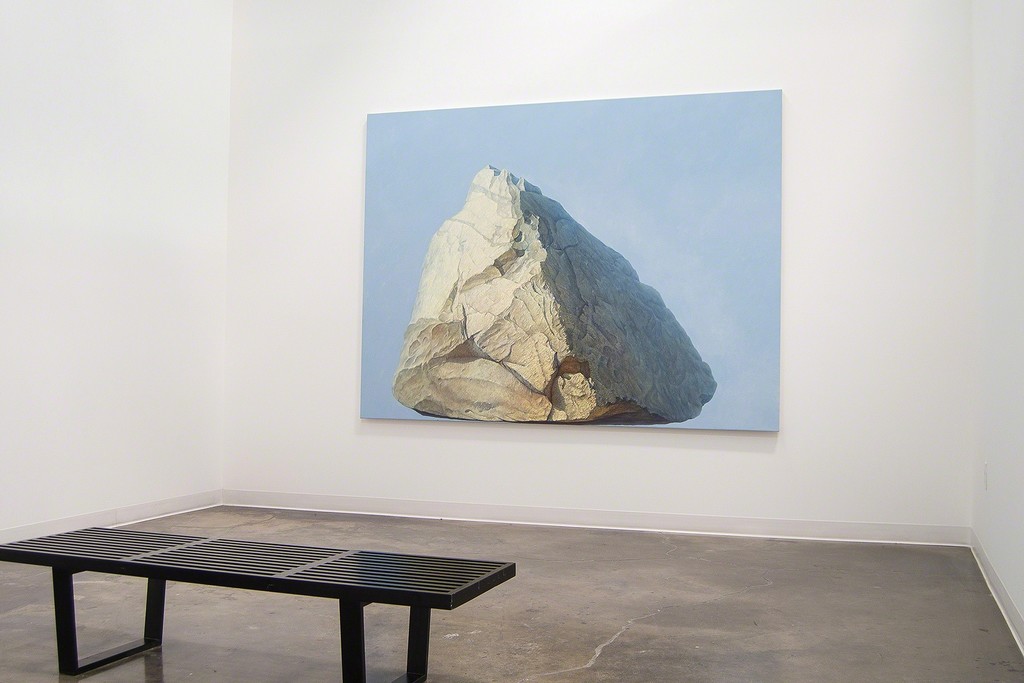 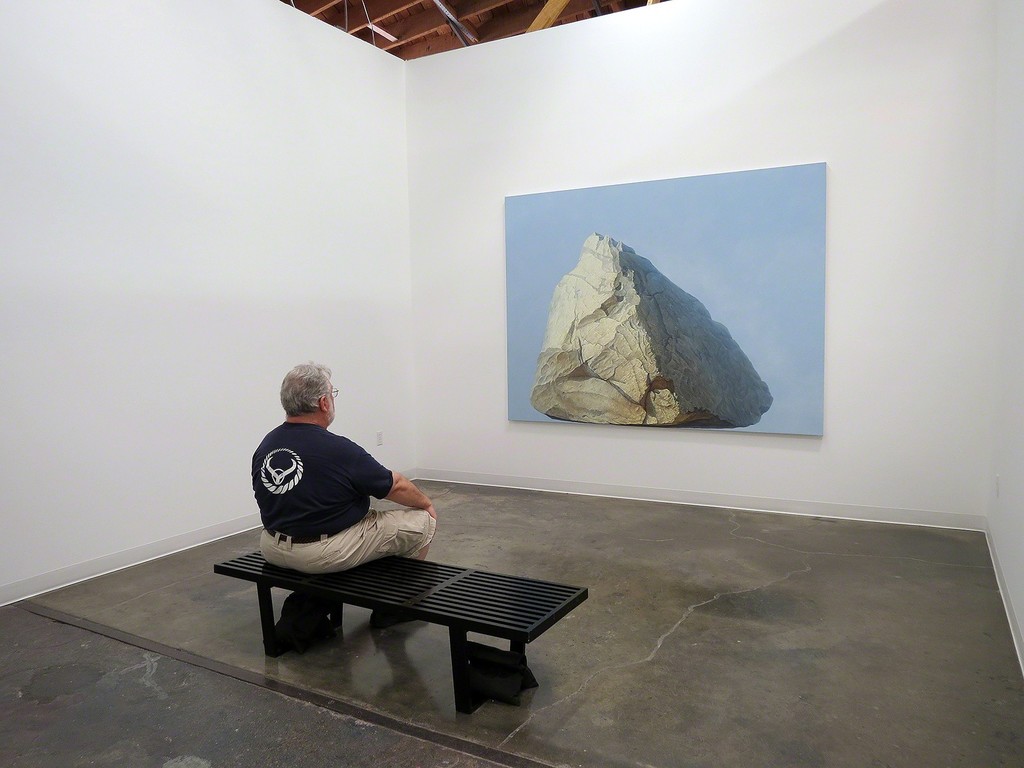 In "Painting of Levitated Mass," Adams presents the viewer with an oil painting of the boulder from the famous sculptural work, offering a challenge to Heizer’s assertion that “size is real, scale is imagined” and intentionally raising questions about realism, representation, and artistic media in the context of contemporary art making.

“I’m attracted to the paradox of the painting as both a representation of an earthwork and as an earthwork itself,” says Ms Adams. “Ultimately, my work and Heizer’s ‘Levitated Mass’ are both essentially of the same materials—earth – and the experience of viewing each piece has everything to do with context.”

Emily Davis Adams’ most recent paintings of earthen forms and surfaces– rocks, minerals and composites (granite, concrete, marble, etc)– bear the marks of human presence and the passage of time. The paintings serve as records while also exploring each subject’s relationship to the languages of visual art. Her subjects also include Robert Irwin’s landing stones for his garden at the Getty Museum, the façade of Plymouth Rock, the sidewalk around her studio in Brooklyn, as well as a piece of Trinitite from the test site in New Mexico. The paintings range in format from large-scale canvases to scrolls to miniature watercolors, and all share a high degree of observed detail from direct observation.

Emily Davis Adams was born in San Francisco, California. She studied art at the University of California, Los Angeles, UC Berkeley, and the New York Academy of Art. Her paintings draw on personal history, art history and environmental history, and investigate aspects of contemporary American landscape and their relationship to the languages of visual art. She holds a BS in environmental science and policy and an MFA in visual art. She currently lives and works in Brooklyn, New York, and is an adjunct assistant professor in the art department at Queens College.