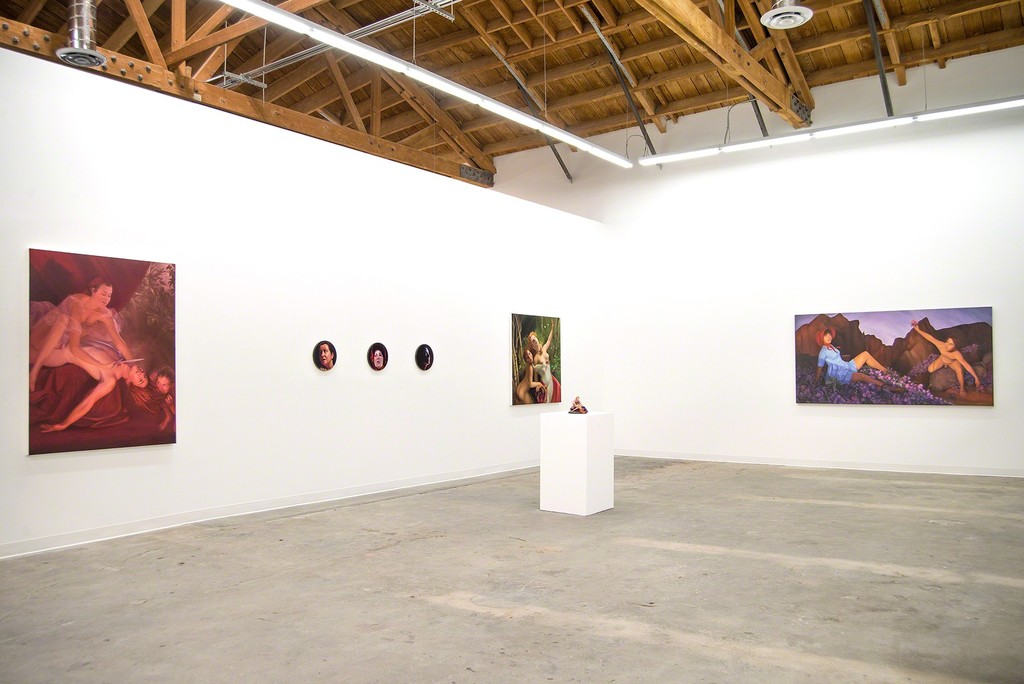 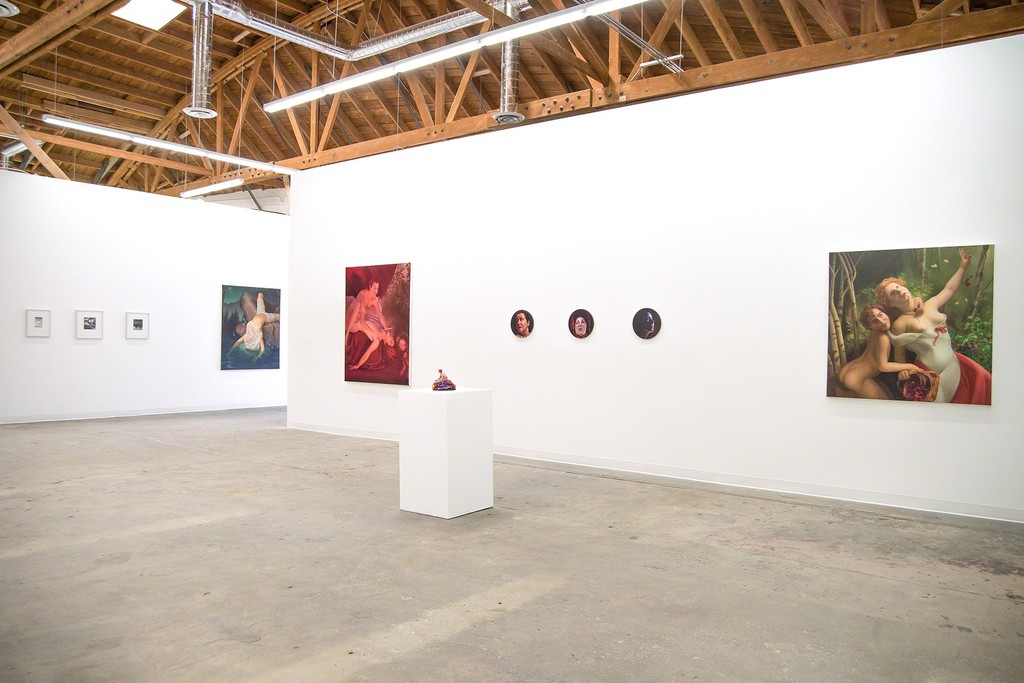 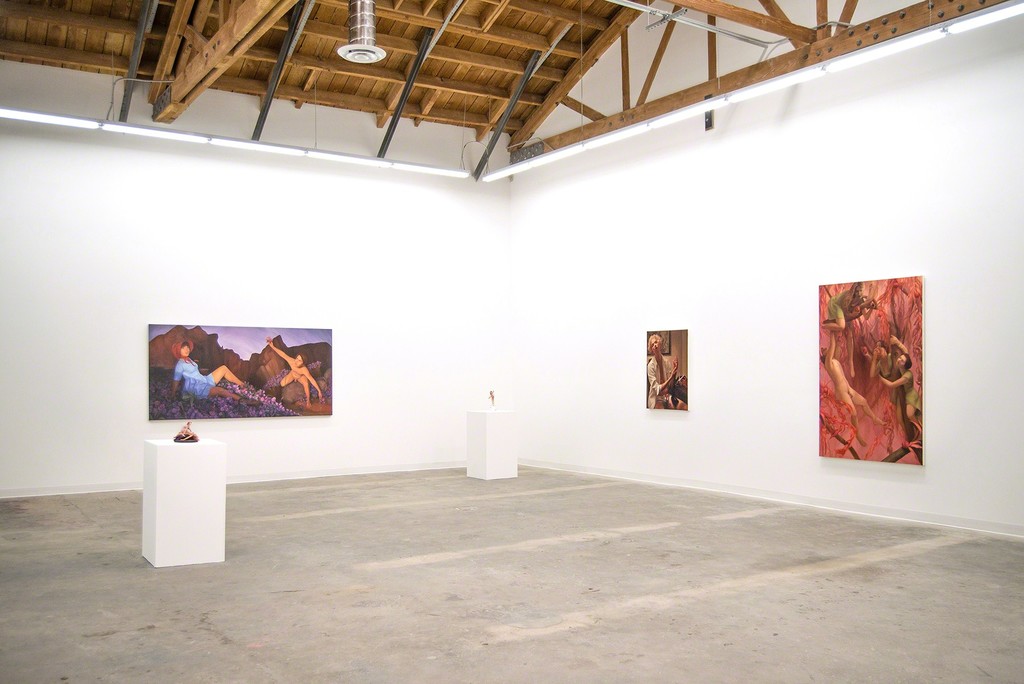 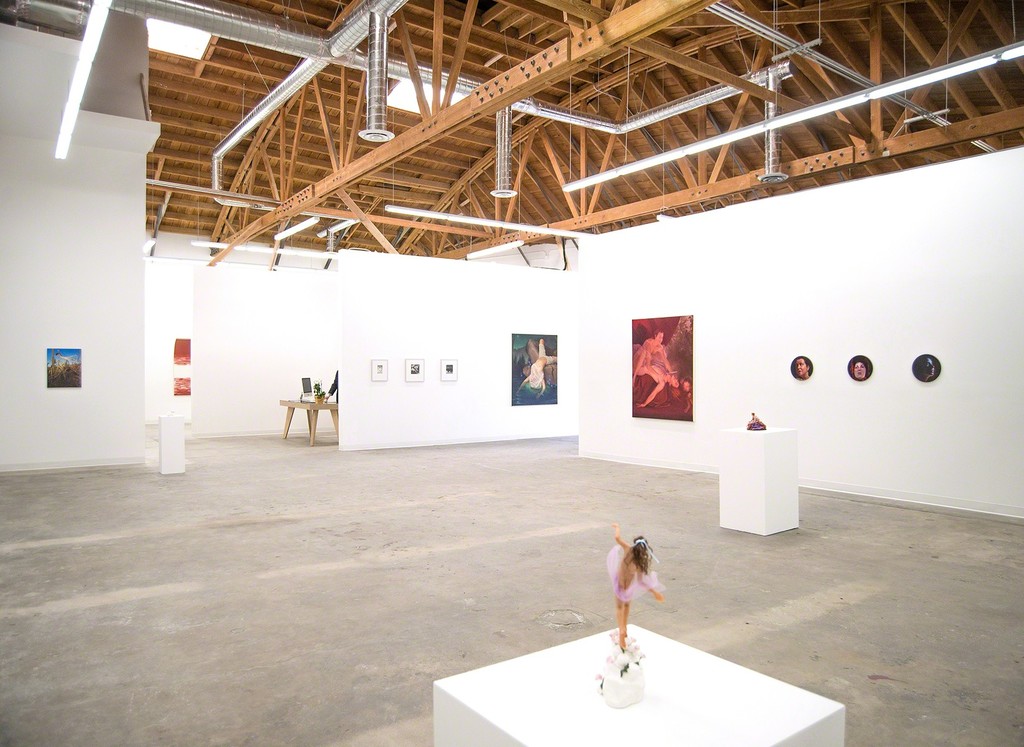 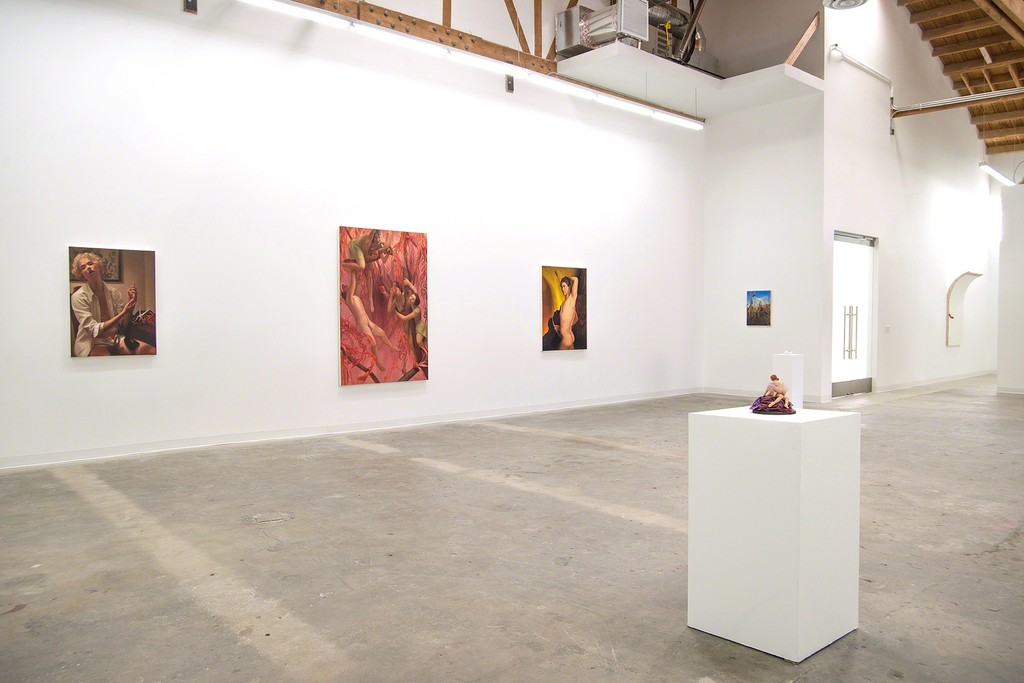 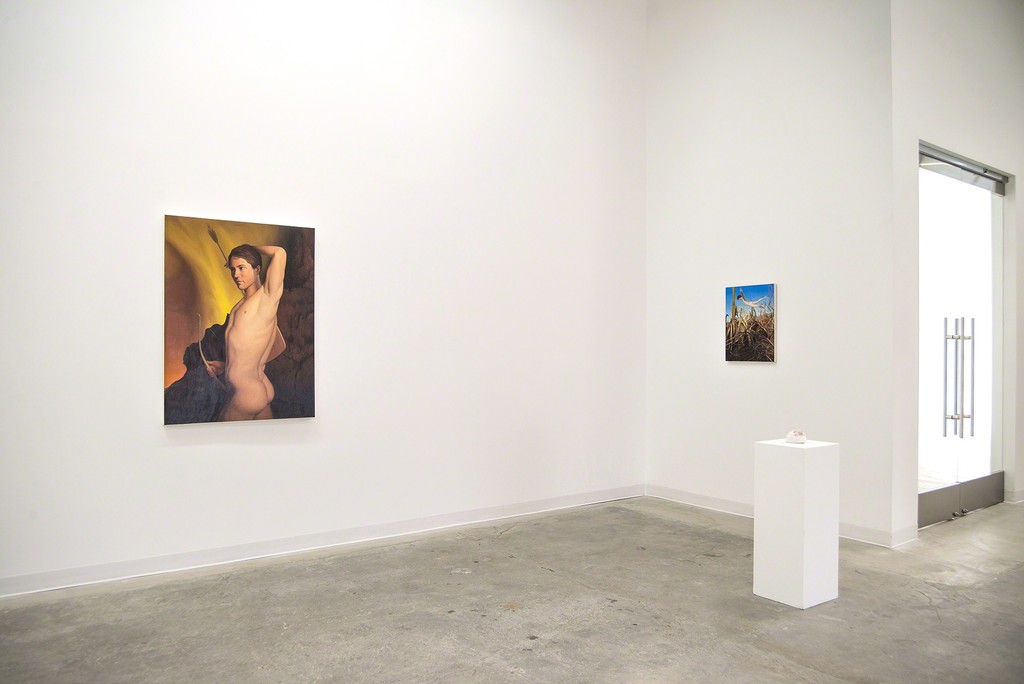 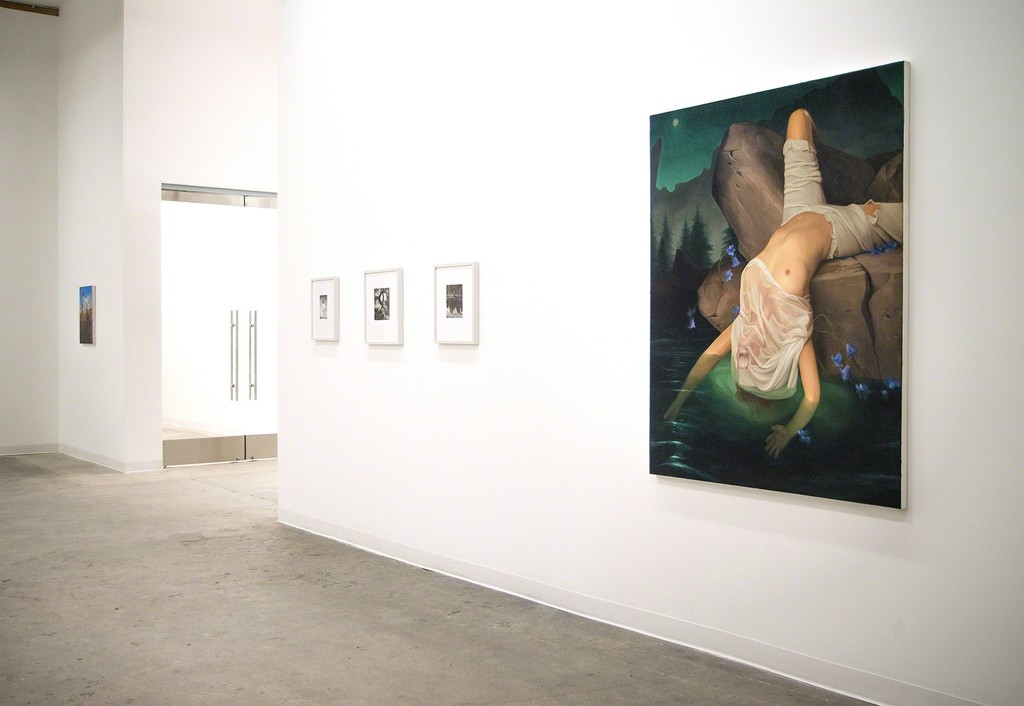 In her second show at CB1 Gallery Laura Krifka explores the subject of transgression and punishment through painting, film, sculpture and video. Reap the Whirlwind is a show wrapped in the language of seduction, beauty and the sublime, set against a backdrop of a classic American landscape. The work vacillates between a Hollywood set and neoclassical painting, often battling for dominance within a composition. Flitting between romantic escapades and snarling violence Krifka explores the constructs of narrative painting and film, playing on the genres of horror and romance. This artificial and vicious world pushes the question of when and why we root for punishment, why we crave the purge of destruction yet weep when it touches our own world.

Laura Krifka received her MFA from UC Santa Barbara in 2010 and her BFA from California Polytechnic University San Luis Obisbo in 2008, following earlier studies at Newbold College in England and Avondale College in Australia. She was born in Los Angeles before moving to Ventura County where she now also resides. Her work has been shown in group shows at AD&D Museum at UCSB, The Westmont Ridley-Tree Museum, LA Louver Gallery and in solo exhibitions at CB1 Gallery, BravinLee Programs in NYC and at the Atkinson Gallery at Santa Barbara City College, where she now teaches.