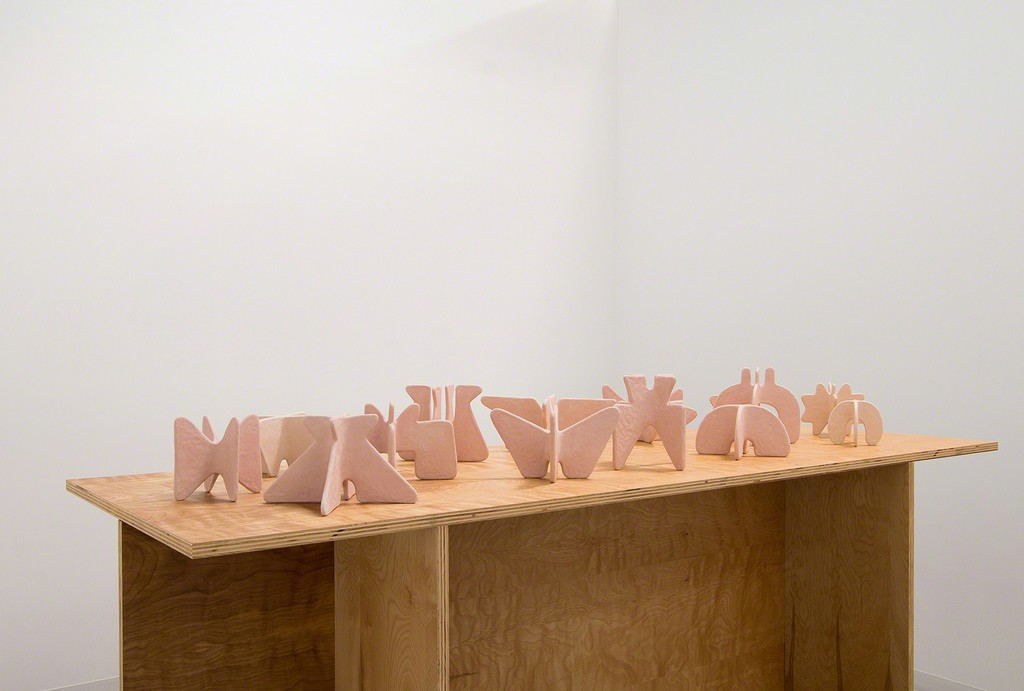 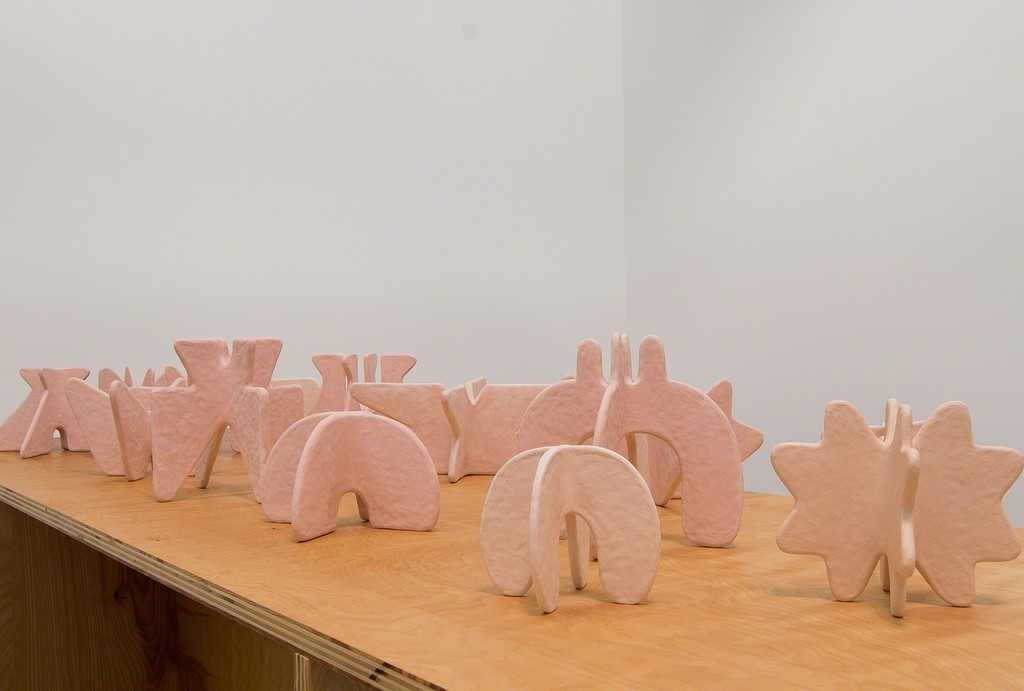 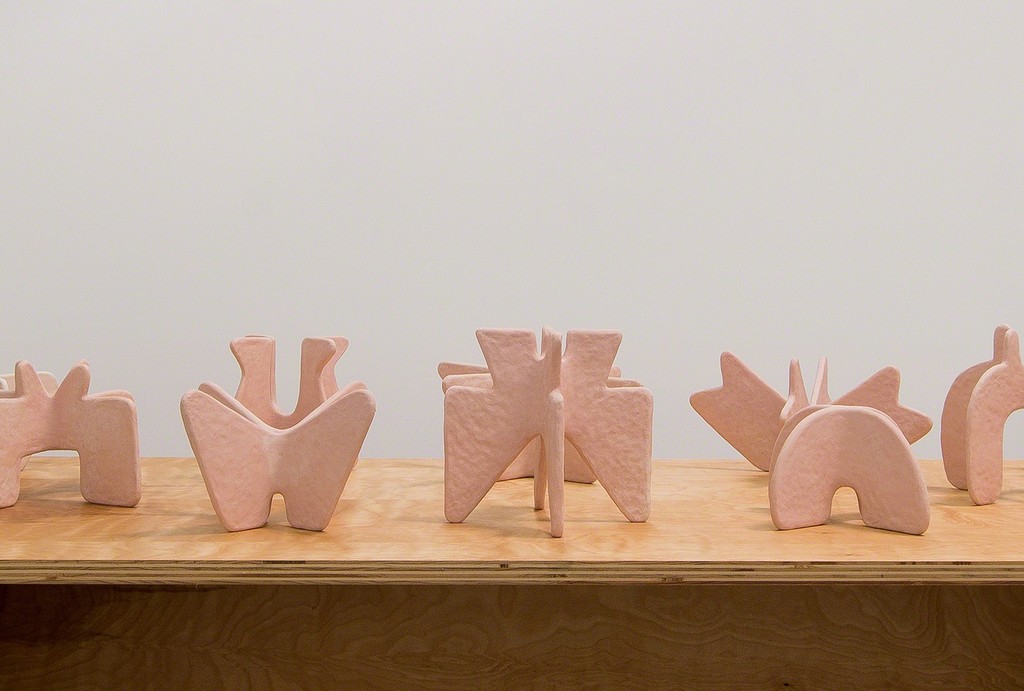 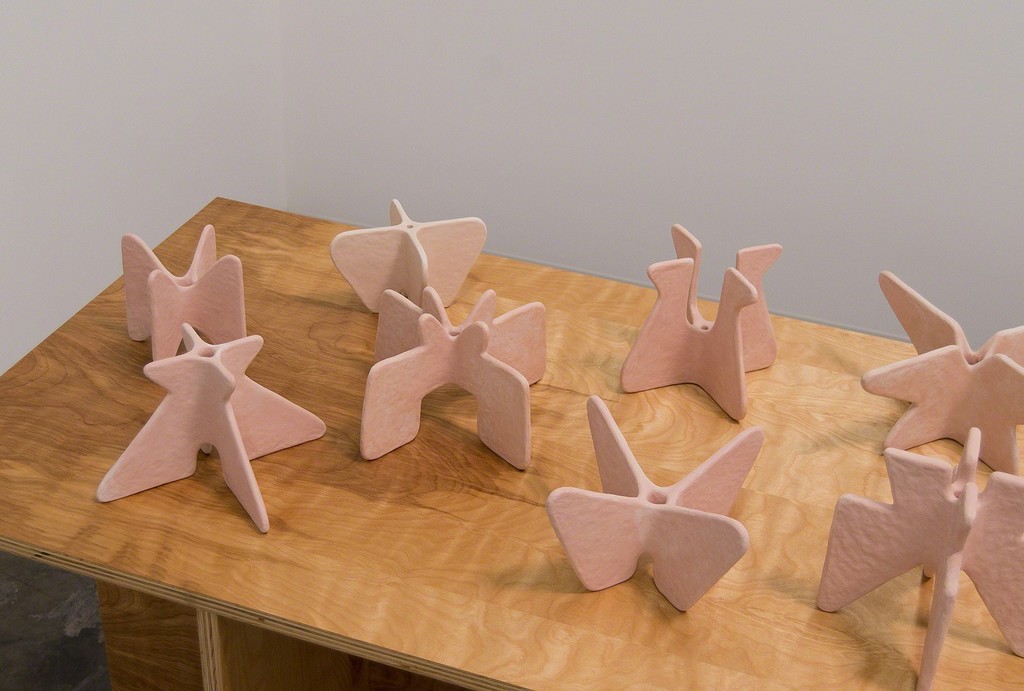 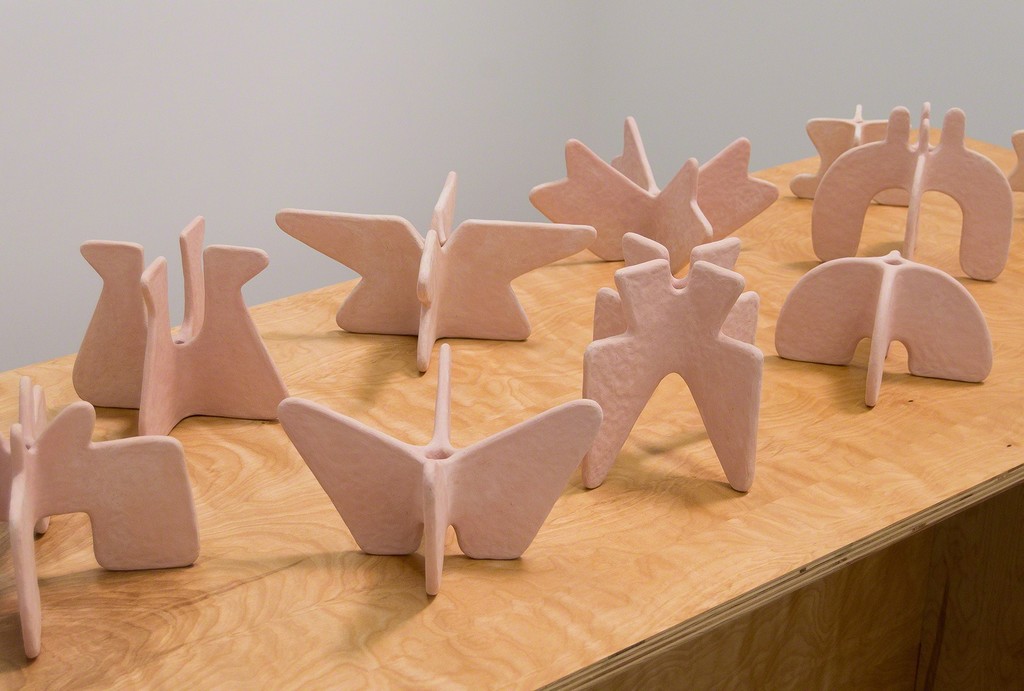 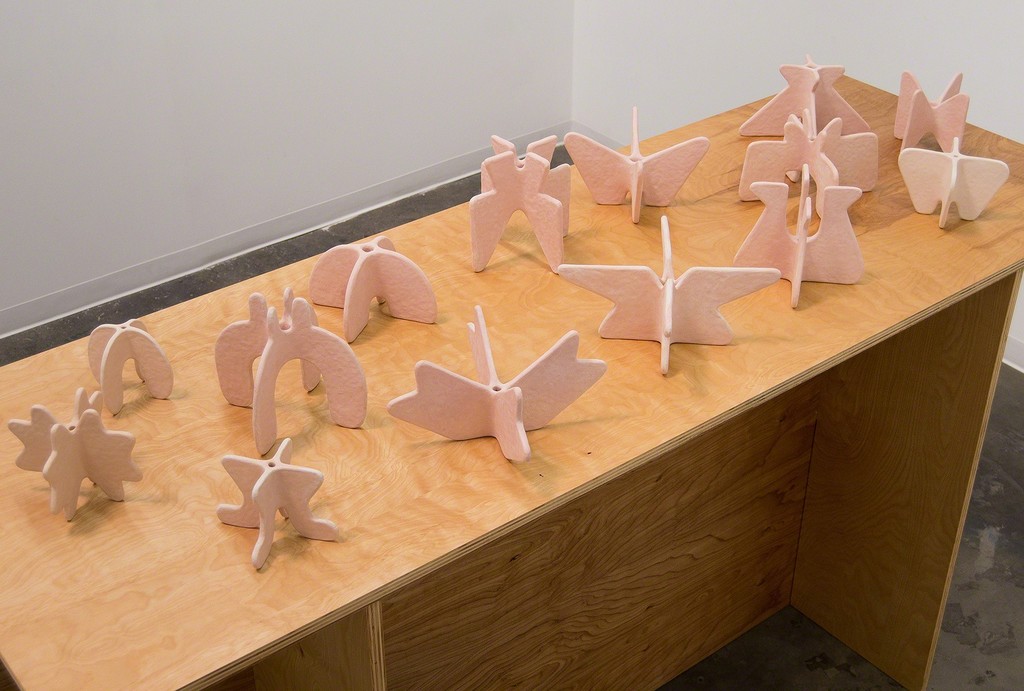 CB1 Gallery is pleased to present Talk to the Eye, an exhibition of new work by artist Nathan Hayden. "Talk to the Eye" is a landscape of ceramic sculptures, a prehistoric civilization of archetypal shapes. The warm purple-pink tone of exposed earthenware imbues them with a fleshy quality, while their roughness evokes that of adobe houses.

Each day, Nathan Hayden dances for one hour, conjuring visions, which he uses to create his drawings, paintings, sculptures and installations. The show’s title, "Talk to the Eye," references his communication with these visions.

Hand molded from a single ball of clay, each piece is pulled, pinched and smoothed into four vertical flat shapes symmetrically converging at a central point. Viewed from above, each sculpture appears as a plus sign with a hole in the middle. Forming an axis along the plane of the table, each one plots its point in space and references the cardinal directions. Inspired by organic shapes found in nature—seed pods, bones, and flowers—and mathematical references, such as sacred geometry, many of Hayden’s works are set within the framework of grids and patterns.

Hayden spent the first eight years of his life in the woods in rural West Virginia, living with his family in a log cabin built by his father with no running water or electricity. Here began his fascination with the geometry of local flora and fauna and his early exploration of drawing. The shapes of Talk to the Eye act as a collection alchemical symbols or a three dimensional alphabet, communicating his visions through characters that, like the organisms encountered in Hayden’s childhood, appear both earthen and otherworldly.

Nathan Hayden (b. 1977) received his BFA from Miami University, his MFA from UCSB and currently lives and works in Santa Barbara, CA. This is his second exhibition with CB1 Gallery.