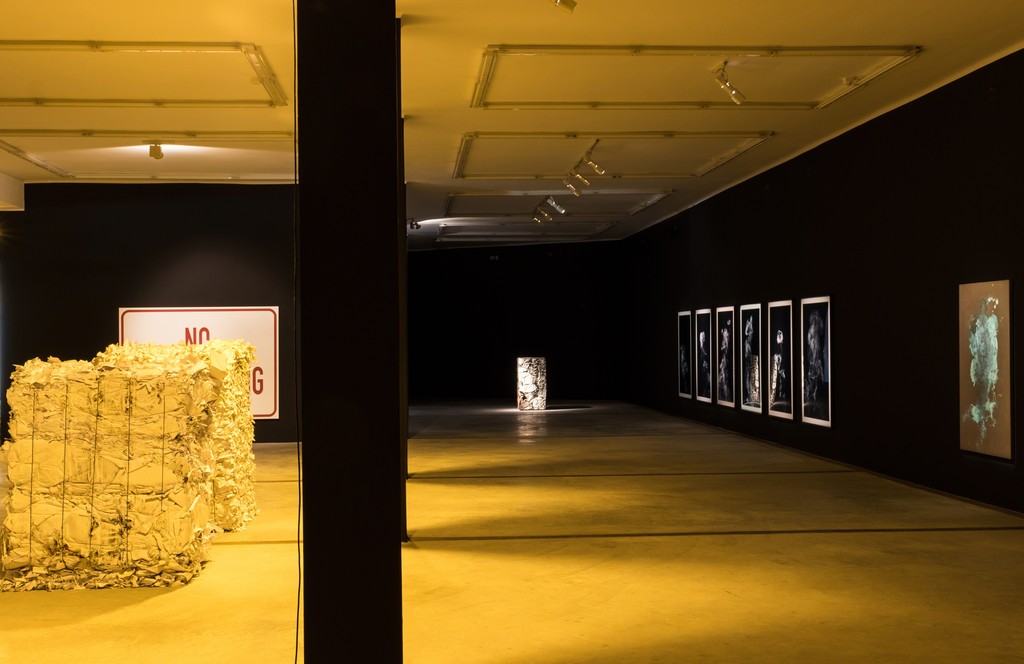 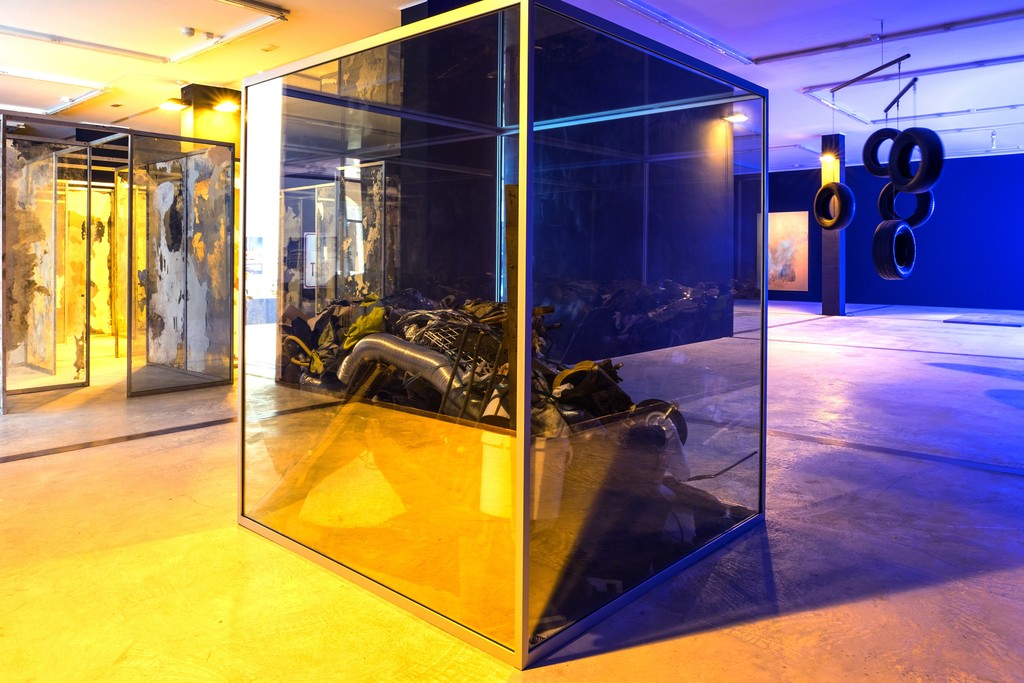 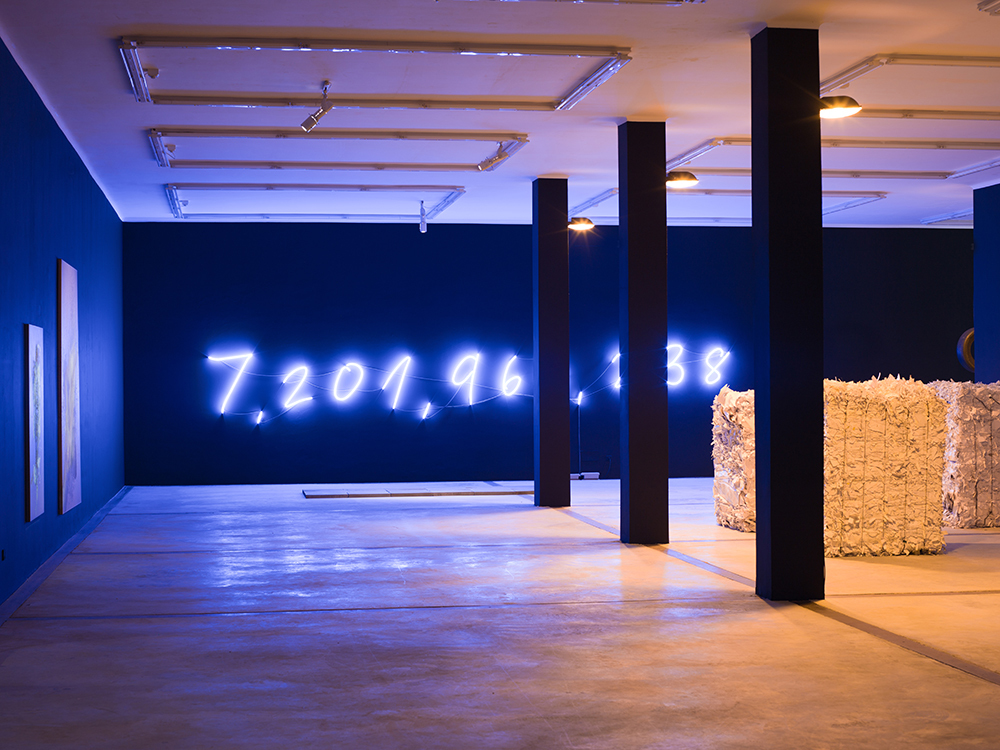 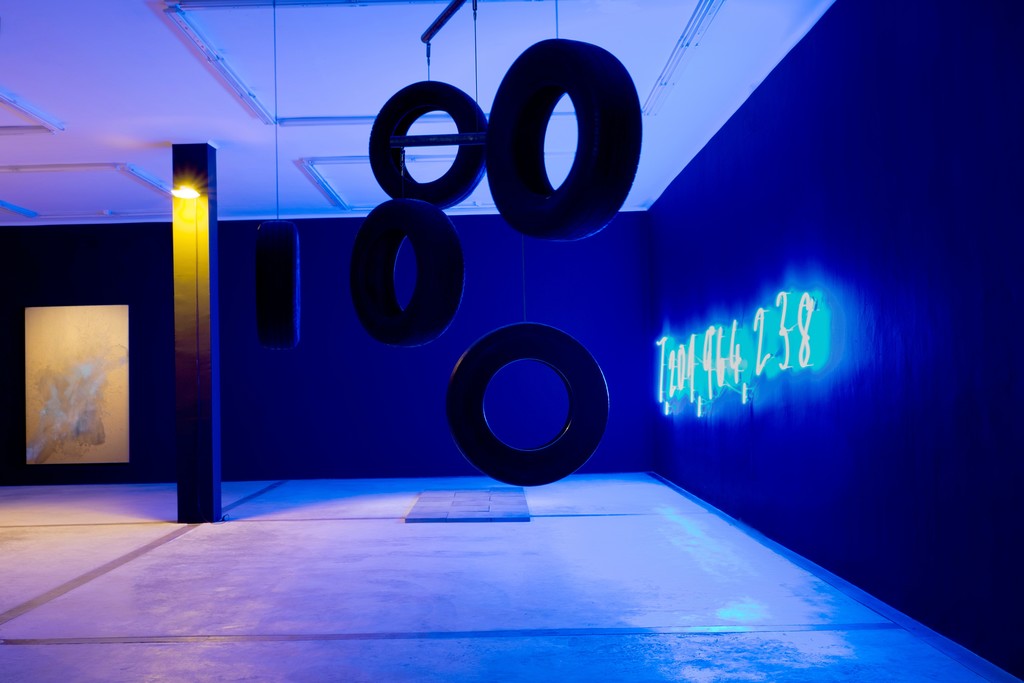 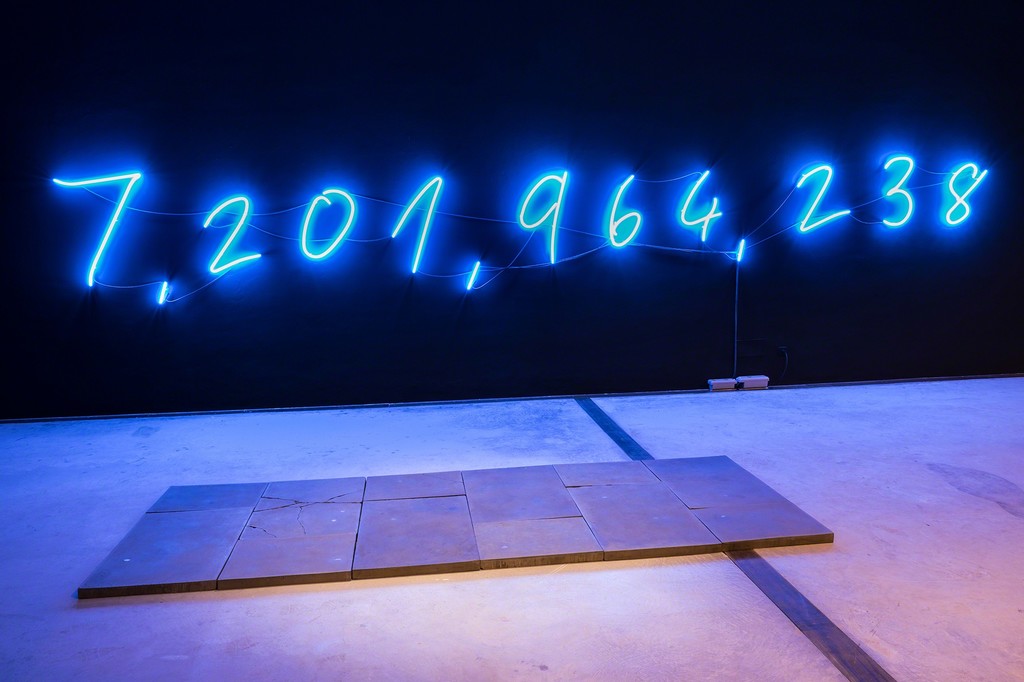 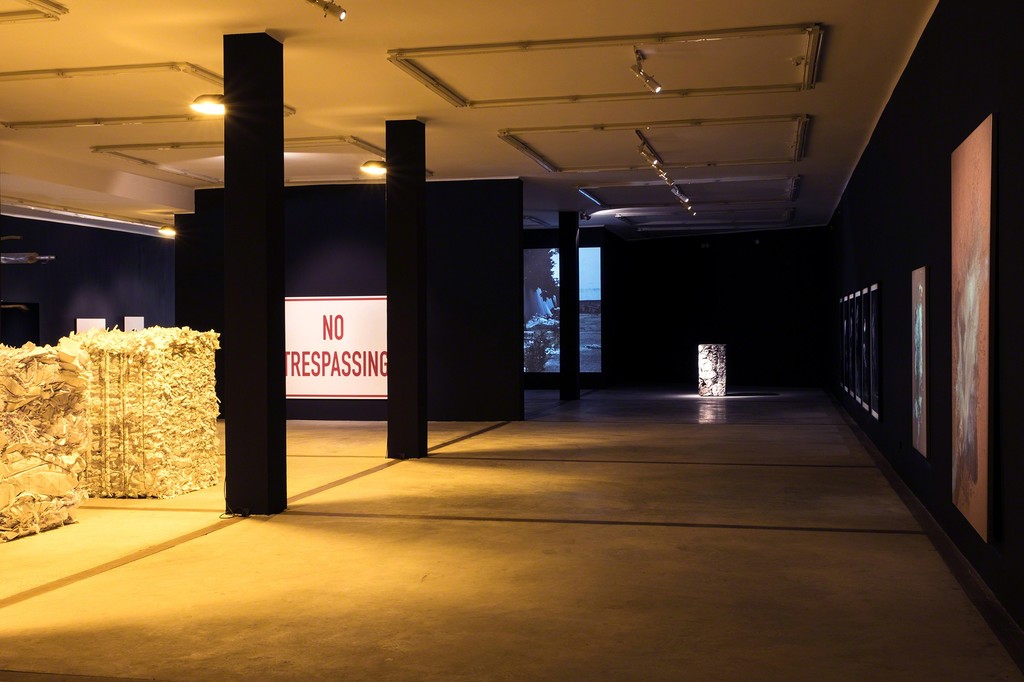 The CCA Andratx is pleased to present “Yard”, a solo exhibition by Gavin Turk.

One of the leading proponents of the Young British Artists movement, Gavin Turk is best known for his elaborate re-enactments of art history’s legends – from Marat and Magritte to Boetti and Warhol – adopting their works’ aesthetics, creative processes, and even their public personas for his own critical and democratic myth-making.

This artistic ‘regeneration’ – here applied to his own practice – is the underlying concept of Turk’s latest work: Yard, a short film shot in the vacant lot adjacent to Turk’s studio, one of the few industrial plots not yet re-developed in East London’s property boom. Framing this rubbish strewn brown site in the vernacular of shoot ‘em up video games, Turk positions the viewer as artist-avatar on a stealth-like and predatory mission to repurpose territory in modernism’s wasteland. As the camera surveils capitalism’s ruins – debris which reappears in the sculptural elements of the show – the defunct and discarded are scrutinized as cultural relics and potential creative solutions.

Within a darkened gallery lit only by sodium street lights – suggesting both nocturnal uncertainty and museological conservation – Turk activates the notion of cultural- and self- excavation in the accompanying sculptural works, which include: a distressed version of his The Golden Thread (2004) – a maze constructed from two-way mirror – that exposes its own history as it returns an imperfect reflection back to the viewer; We Are One (2014), a large-scale neon light work pronouncing the exact number of the world’s population at 18.30 January 24th 2014 – the moment the piece came into being. Exhibited alongside are new works: playground-scale mobiles constructed from the remnants of scaffolding, rusted exhaust pipe, and blown out tyres found in Turk’s Yard, dangle with brutal grace; while prized items of the lot’s detritus are enshrined in a dichroic glass cube.

Each exhibited work has its own specificity to London – from fabrication in Turk’s landmark studio, to being originally showcased in lore exhibitions ranging on the status scale from White Cube to the fringe-fest Art Car Boot Sale. Transplanted to Mallorca, “Yard” is a site reconstruction – post-industrial, post-economic, post-ownership – mapping and re-mapping Turk’s own history as a vacant platform for regeneration, to be occupied at will by all.