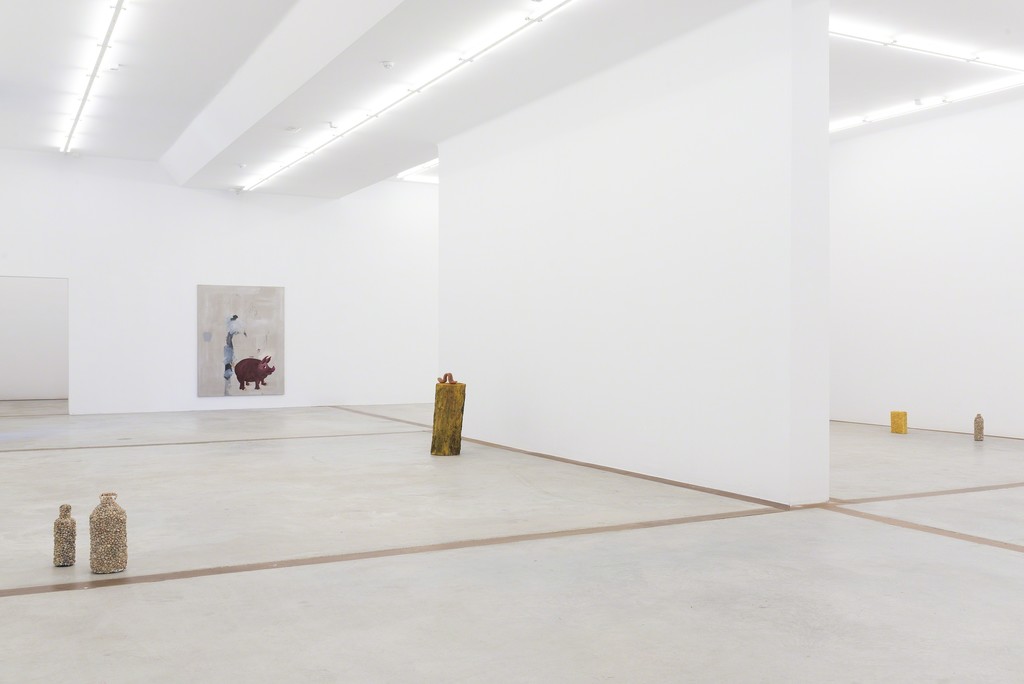 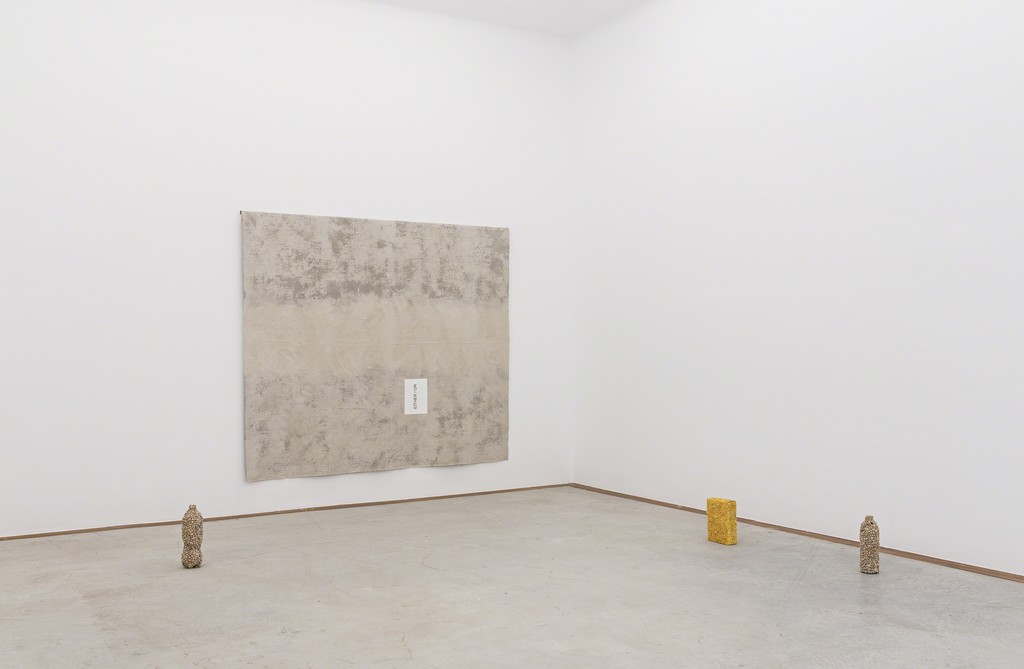 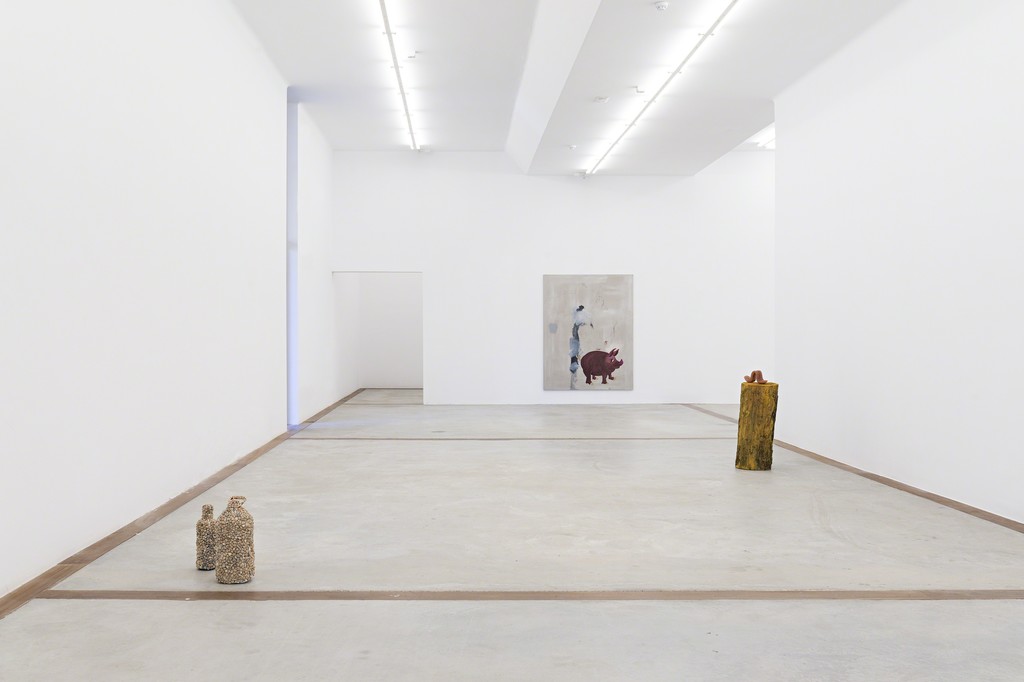 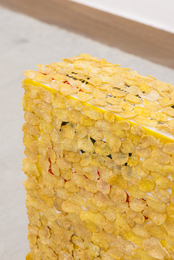 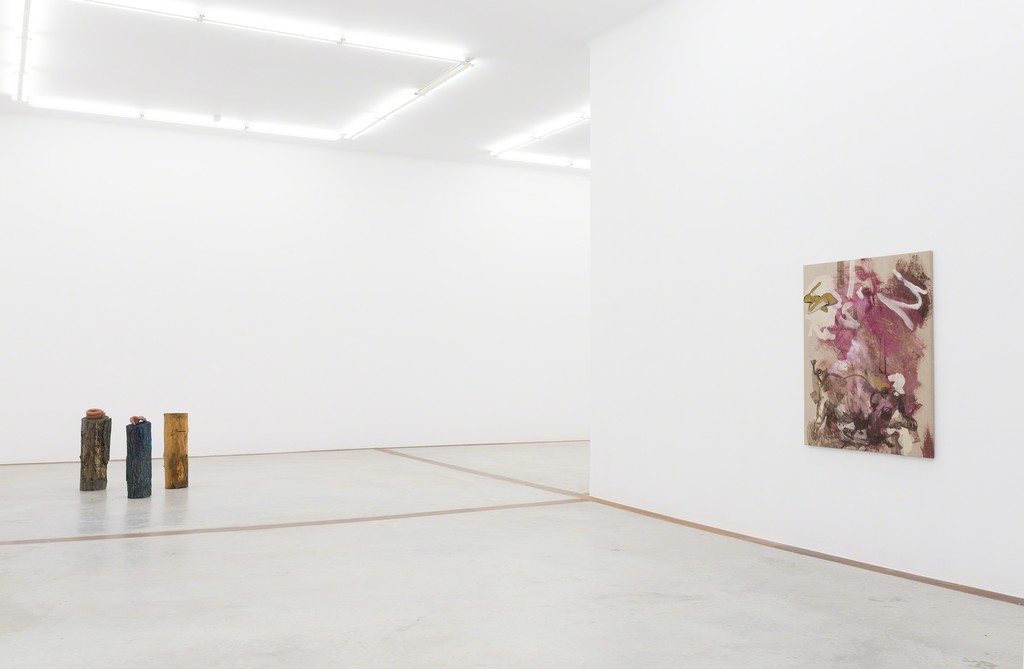 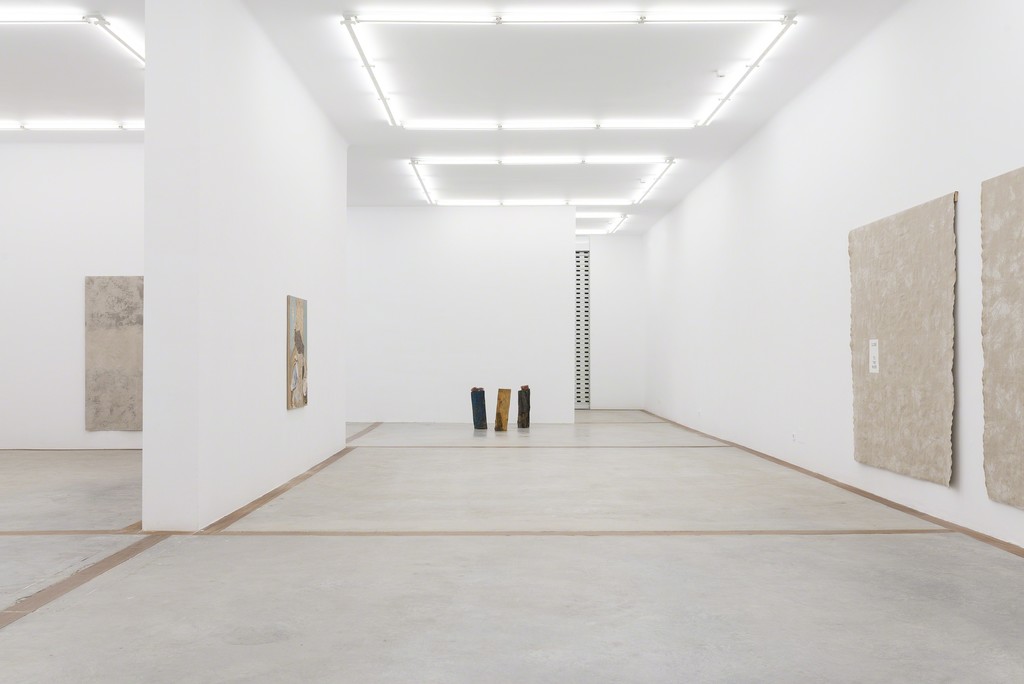 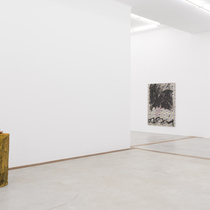 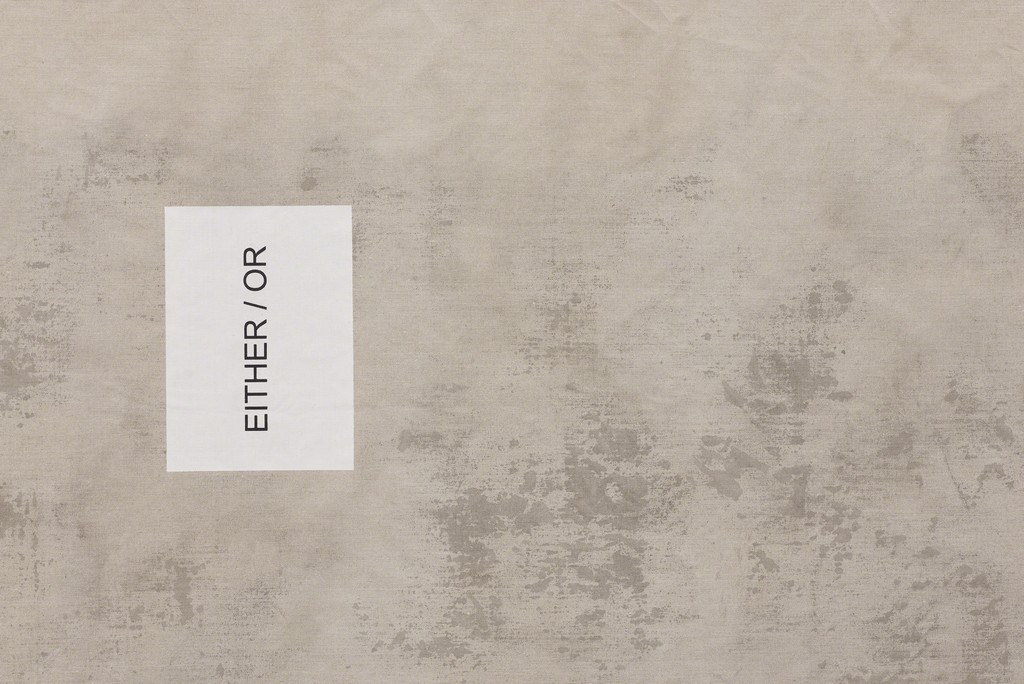 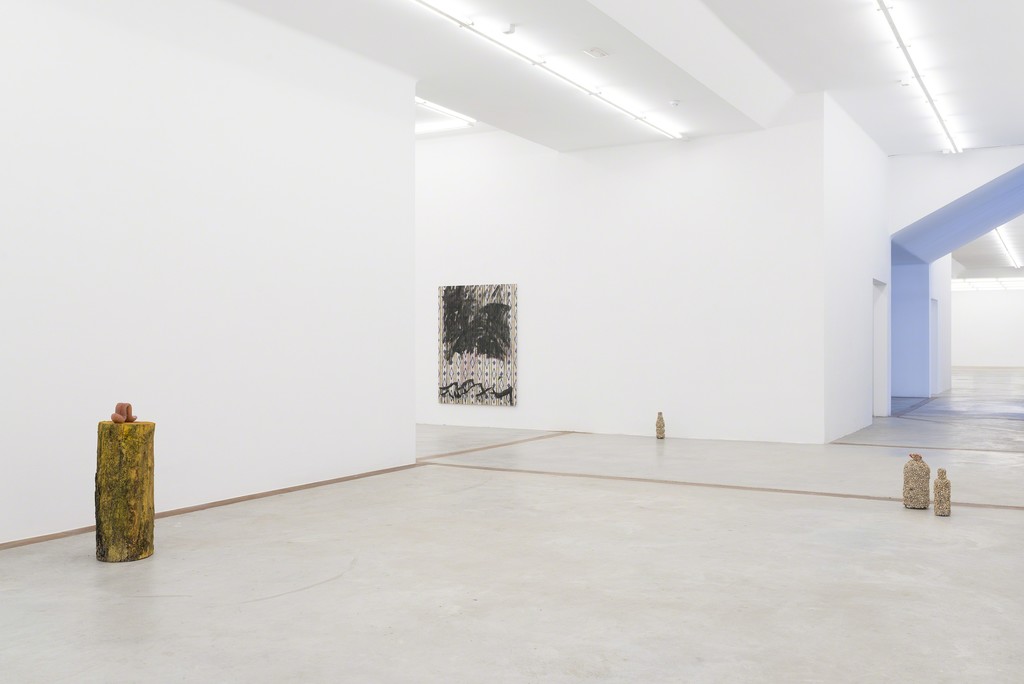 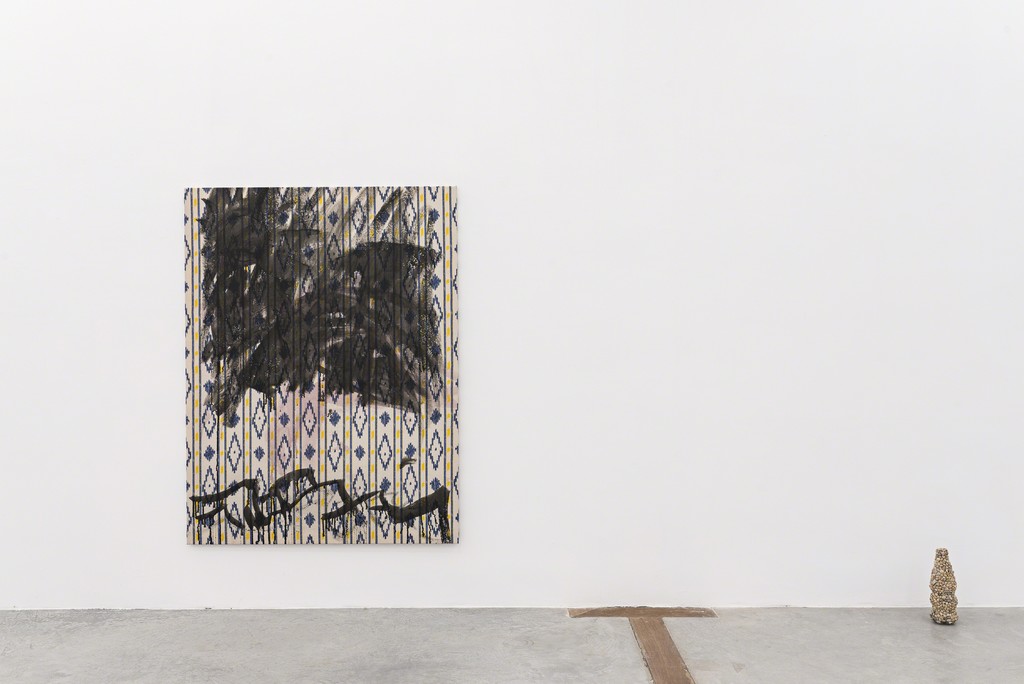 The exhibition has been created for the CCA Kunsthalle and presents, for the first time together, works by these five artists who live in Oslo, Brussels, Berlin and Boston. Invited by Are Blytt, the artists have also been given the opportunity to work in the four studios at CCA Andratx as Artists-in-Residence during the month of June 2018.

Lina Viste Grønli’s artistic concern is with the materialization of language, often realized in her combinations of semiotic sculpture and collage techniques. She investigates the tensions between physical things and abstract systems, drawing from popular culture and everyday objects to propose alternatives and redefinitions. At CCA she has been merging found objects from her immediate surroundings: the courtyard outside her studio and the local supermarket.

In Camilla Steinum’s work we see a series of sculptures, two tongues growing from the same base, curling and twisting as if they are trying to speak or communicate. There are several of them and they are all based on the same premise, but they all move and twirl in different shapes and directions. Cast in silicon with red pigment, making them uncannily lifelike, but still alien and disturbing, they symbolize the meeting of two, with language as the means of communication and the vulnerability connected to this.

Halvor Rønning brings appropriated elements from visual popular culture into abstract paintings, figurative drawings and collages. In the works included for CCA Andratx, he takes on the fundamental ambivalence to both the utopian world of painting and the idealized fictional world communicated through mass-media culture. By using formalism and humorous commentary, Rønning denies any well-defined positions from which to desire or ironize, not giving any superiority over the material, and thus entangling both spectator and artist through repulsion and attraction.

Kenneth Alme’s diptych paintings, two stretched canvases hanging side by side, slightly different sizes, one cotton and one linen, have the fragmentation of history and information as its base. Working with certain ad hoc printing and painting techniques that adds distortion to selected visual material, Alme’s work points to human history and information, and the re-use and recycling of this.

Are Blytt’s work depicts small black sentences on white background, all in capital letters and in the size of A4 sheets on big, free hanging linen canvases. The sentences appear to be small haikus, like EITHER/OR. Inspired by Søren Kierkegaards book Enten-Eller from 1843, it represents two separate life views concerning existential questions and the primal question; how should one live?