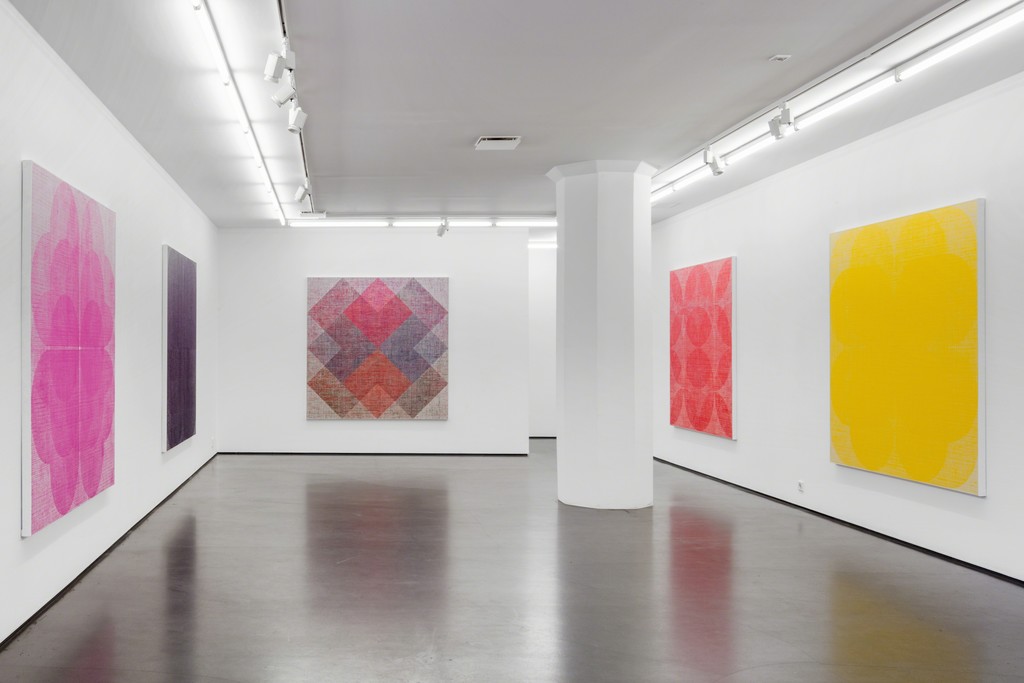 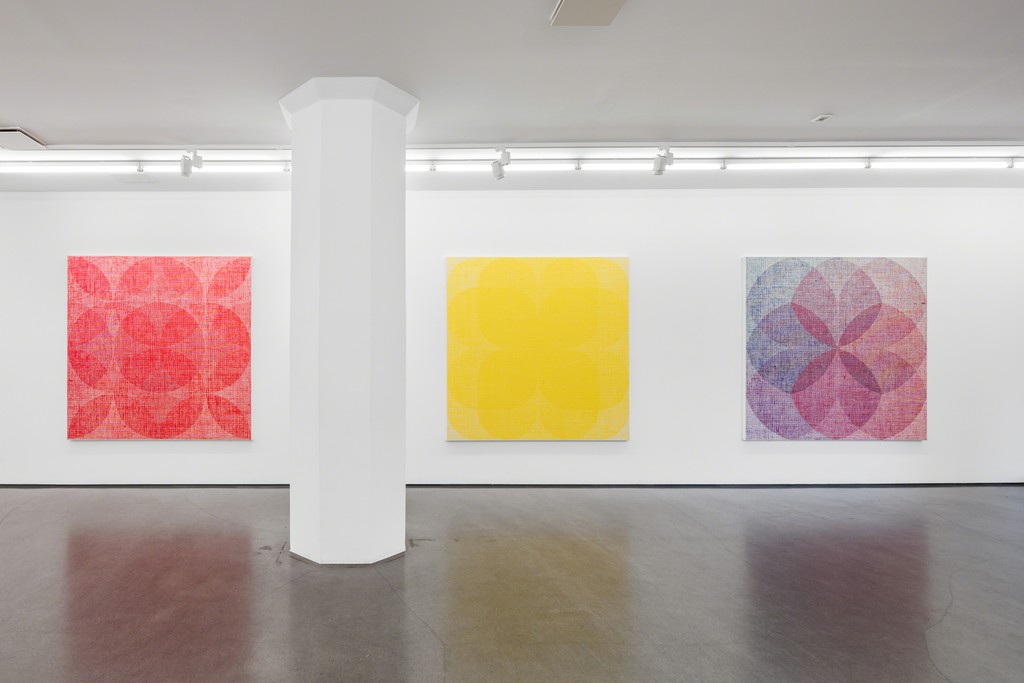 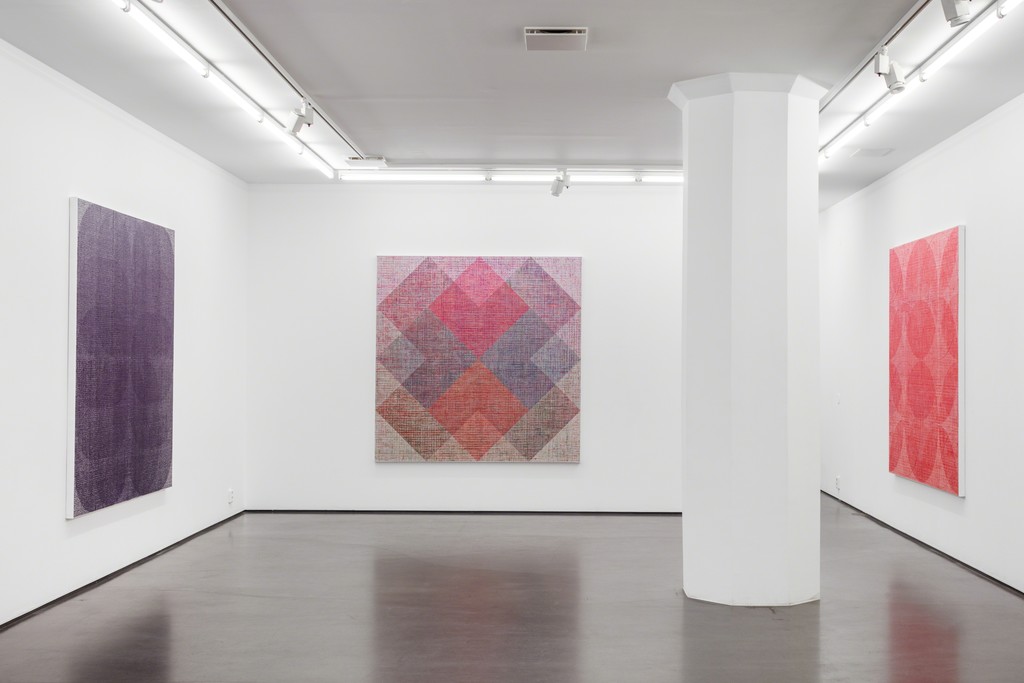 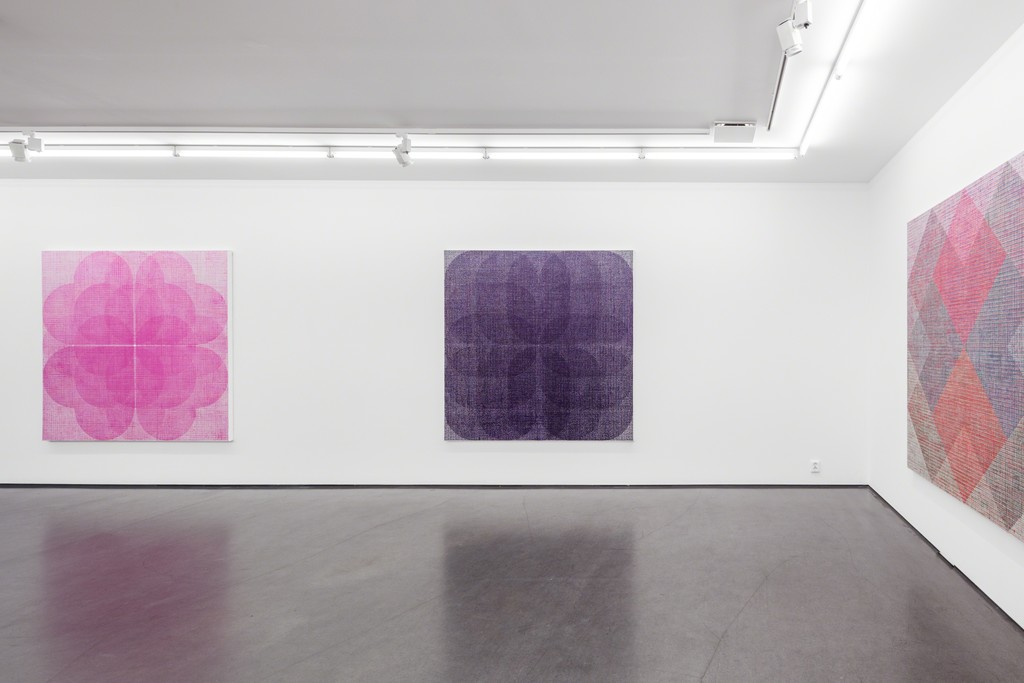 Cecilia Hillström Gallery is pleased to start the new year with Sonja Larsson’s second solo exhibition at the gallery. Unfold consists of a series of new large-scale oil paintings on canvas. Sonja Larsson started to explore the idea of ”woven” paintings a few years ago. Line by line, the paintings emerge on the empty canvas. Initially, it was an idea about a working method but at the same time an exploration of where these layers of thin lines would take her. Every day, returning to the studio, the dialogue with the working materials continues and a tension is created between the seemingly perfect shapes and the trace of the hand. Standing in front of the artworks, the viewer is challenged both intellectually and physically.

The exhibition is accompanied by a publication with a text by artist Katja Larsson, design by Waters Löwenhielm and photos by Per Myrehed.

Sonja Larsson was born 1955 in Olofström, graduated from Royal Institute of Art in 1985. Her work has been presented in solo shows at The Royal Academy of Fine Arts, Enköpings Konsthall, Sven-Harrys Konstmuseum, Västerås Konstmuseum and Cecilia Hillström Gallery. Furthermore, Larsson has been engaged in several public commissions, e.g. Navet in Umeå (public bath, 2016), the facade of Rinkebyakademin, The Royal Institute of Technology, and the Swedish Embassy in Santiago, Chile. She is represented in the collections of Moderna Museet, Public Art Agency Sweden, Stockholm Art Council, Lund University and Karolinska Institutet. Sonja Larsson had her first solo show at Cecilia Hillström Gallery in 2014 and was also presented at MARKET 2016. She lives and works in Stockholm.