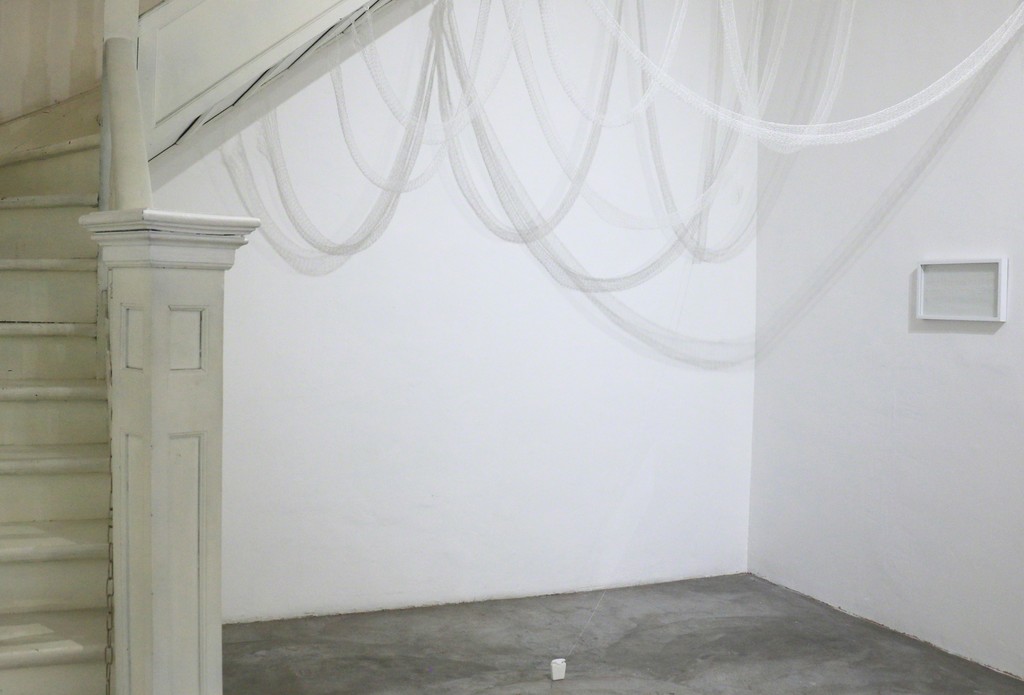 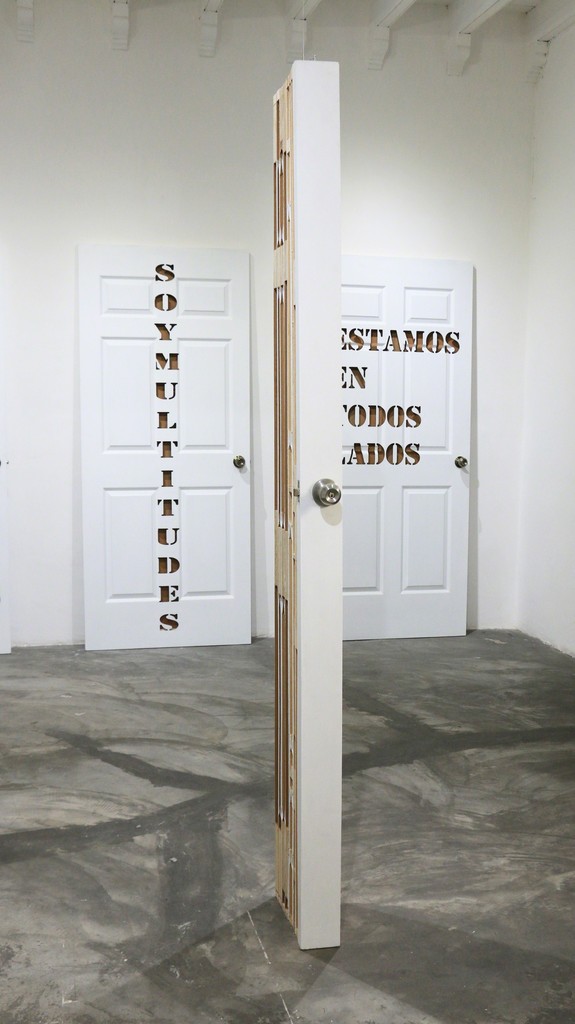 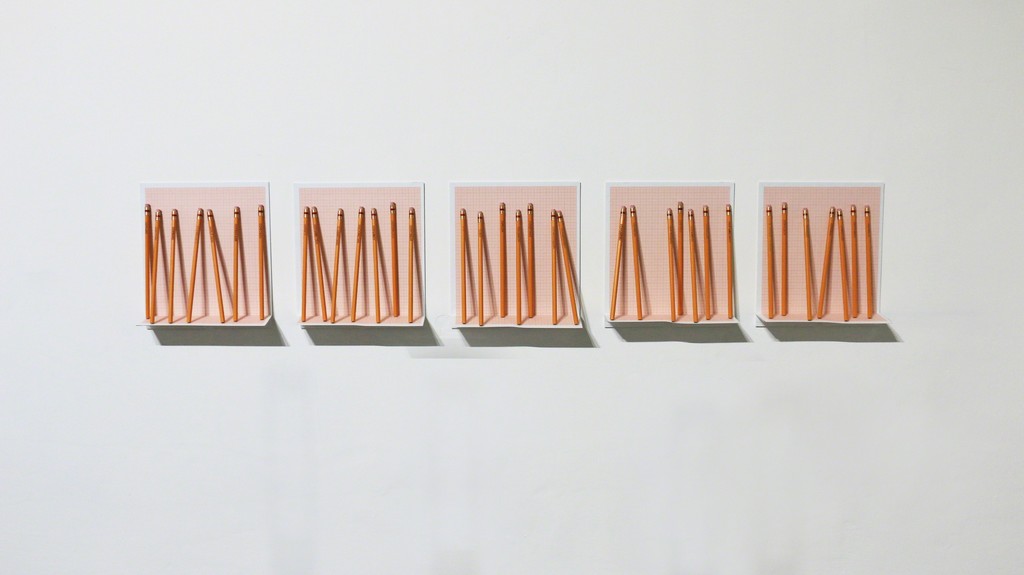 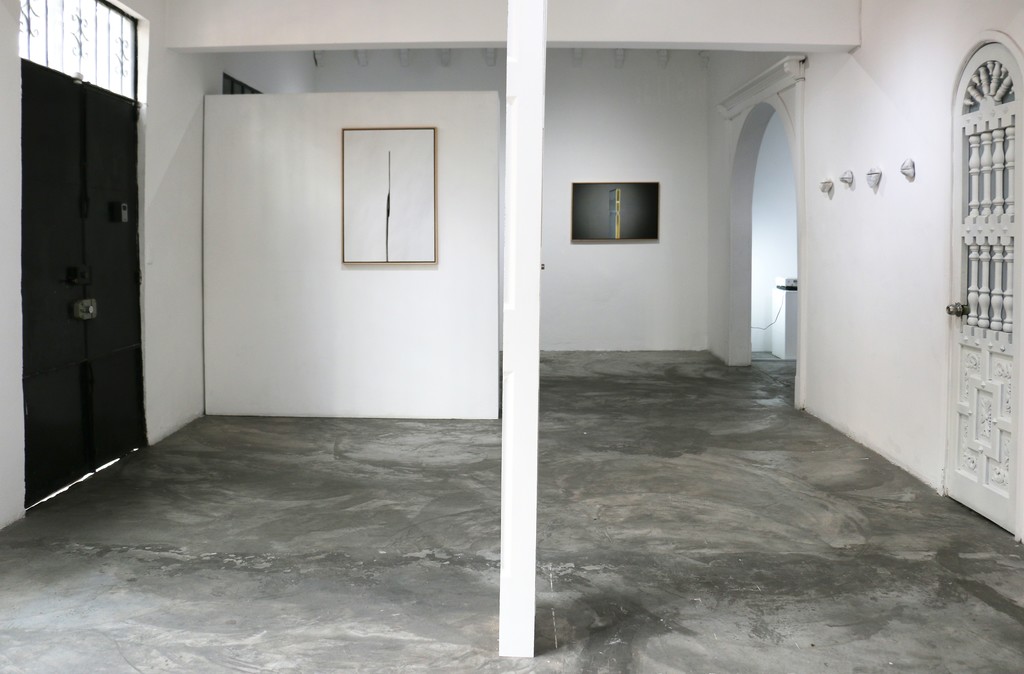 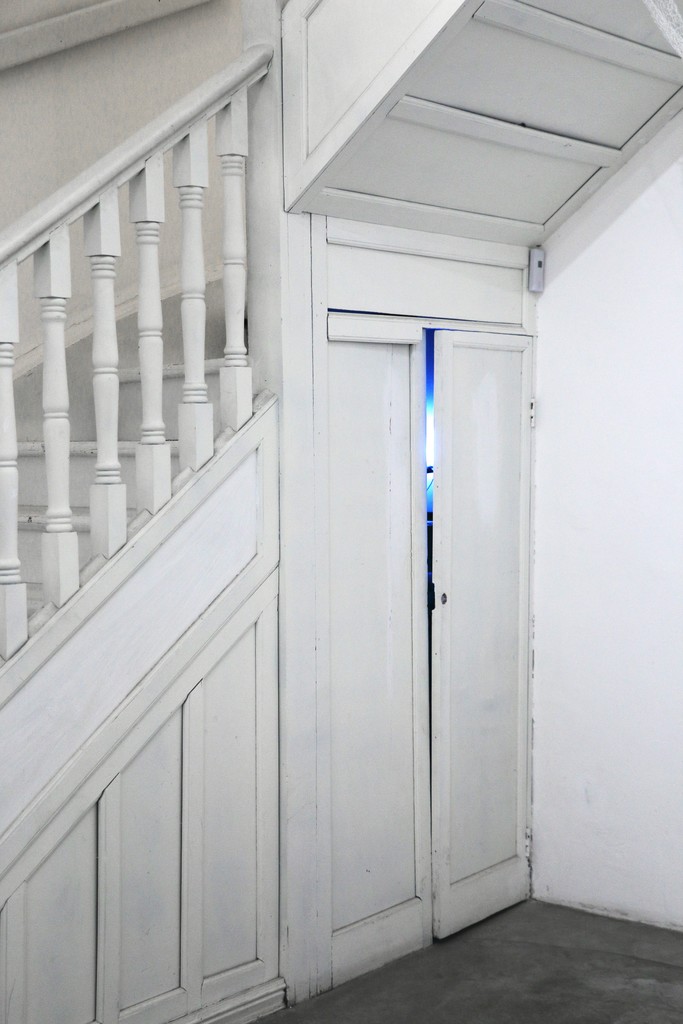 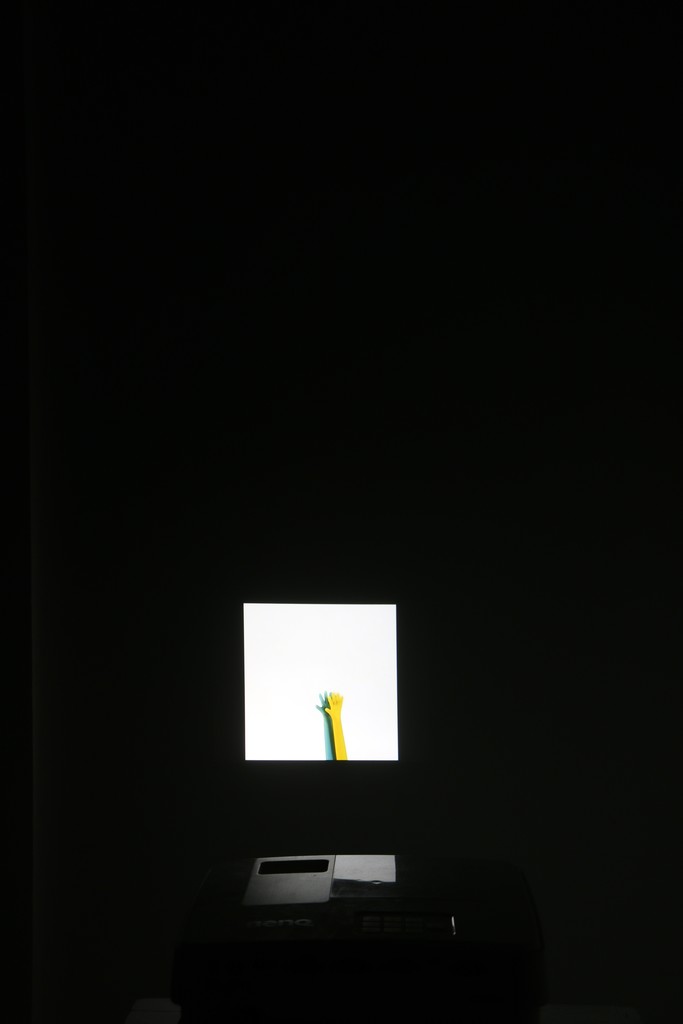 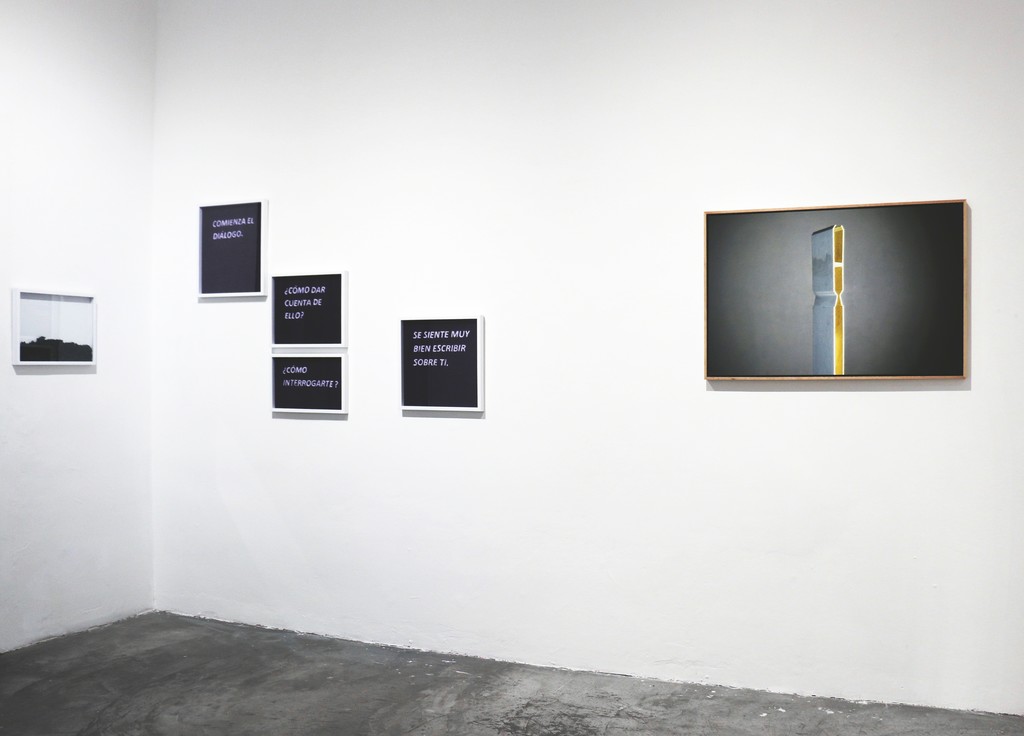 This exhibition composed of the most recent work by Griselda Benavides (Sonora, Mexico, 1990) and Jay Vélez (Mexico City, Mexico, 1985) must be seen and understand as a game of confronted mirrors. The artworks stand as reflective devices of the inherent poetry of each artist, not in vain the show is entitled “Estamos en todos lados” (We are everywhere). We must read this title not only in relation to the connections between the pieces, installed everywhere around the exhibition room, but also because the reflective triggers of both creators are crouched in every space and every object.

Certainly, is more than a coincidence of institutional nature how these proposals stand in the exhibition space from a dialogue full of subtleties, both formal and conceptual, that are worthy to gloss in this text.

Since her first appearance in the artistic scene in Sonora and more recently in Cuernavaca and Mexico City, Griselda Benavides has ventured into an aesthetic of small things. This assessment of minor objects seems to illustrate those words by Fray Luis de Léon: “because they are small things and they are better painted than said”. This sensibility for creation and representation of apparently unimportant objects has by intention to make up very intimate tales around them. For the artist, we must grant life to inanimate and displaced objects. Or animate them, which means: give them a soul.

Hence that the transformation is a key strategy in Benavides’ production. If she was focused on the creation of very little “biomorphic” sculptures before, she is now searching to strengthen the values of the materials. Her series titled “Tejido” (Knitting) -made with dental floss- is a good proof of this. From such fine material, delicate and subtle warps are created, which remind us of the structures by German-Venezuelan artist Gego who also animated her pieces through the act of knitting materials as thin as the ones used by Griselda Benavides, such as cigarette packs, buttons or small wires.

Other pieces where the material announces by itself its own potential are found in “Mirados”(Watched). In these pieces, the artist develops a game of conceptual nature between the meaning of the pencil brand and several associations with other words and synonyms related to the acts of seeing and watching. By engraving these words in the pencils, their original value is enhanced because, as we know, through drawing we shape an idea or concept and through seeing is how we give positive or negative evaluations of the things or ideas represented. It is interesting to think this series in relation to her drawings on velvet paper, mainly “Plática con papel” (Talk with paper). These drawings -equally conceptual- clearly sums up the intention of giving them life – or voice, in the case of these drawings – to the material. In some way, with these groups of recent work, Griselda Benavides illustrates the relation established between the artist and the materials in a more profound way; more animist, it might be said. To Griselda Benavides, the materials incorporate, potentially, the life -the soul- of small things.

For his part, Jay Vélez works in Mexico City and Cuernavaca. His work, that stems from the sculptural, suppose another type of revelation. Similarly to Benavides but from other lightness, in this case, the one that emerges or hides in our spatial dimensions. Vélez is interested in expanding our sensibility to space. He is interested that our experience of space would be increased from the subtlety of the unannounced, of what is not seen in plain sight. The space that hides behind a door, this body of work could be entitled.

The sculptures based on doors are – in correspondence with “Mirados” by Griselda Benavides – devices that from conceptual and linguistic ventures – constitute objects full of allegories about inner and outer space. The door is a rhetoric resource from the history of art to point at other spaces that are not represented in the scene or, on the other hand, to point out to the viewer that his voyeuristic gaze is invading a place where something that must not be seen is happening, as a collage by Max Ernst in which a man leans out from behind a door to spy a distressed woman with angel wings next to a dragon.

Something similar happens with the installations and sculptures by Vélez. One snoops in the interior of the doors and finds out unknown spaces, in a reversion of the rhetoric associated with this object. But the artist goes beyond this and at the same time transforms these spaces into volumes – thanks to the photographic resource – or from a strategy similar to the one of British sculptor Andy Goldsworthy (but unaffiliated to his romantic venture for discovering abstraction in nature). Jay Vélez made some sculptures from stones in which a line – or space – emerges in a natural way.

In a natural way. This is an eloquent phrase to comment on the recent work of the artist. Everything seems to happen through the prism of this phrase. Think about his neon installation behind a small door of the gallery. When we discover this piece, if this actually happens, of course: aren’t we transform into the voyeur that appears behind the door in Ernst’s collage? It should be mentioned that the text in neon lights only says: visible. To Jay Vélez, space is the invisible place of the visible.