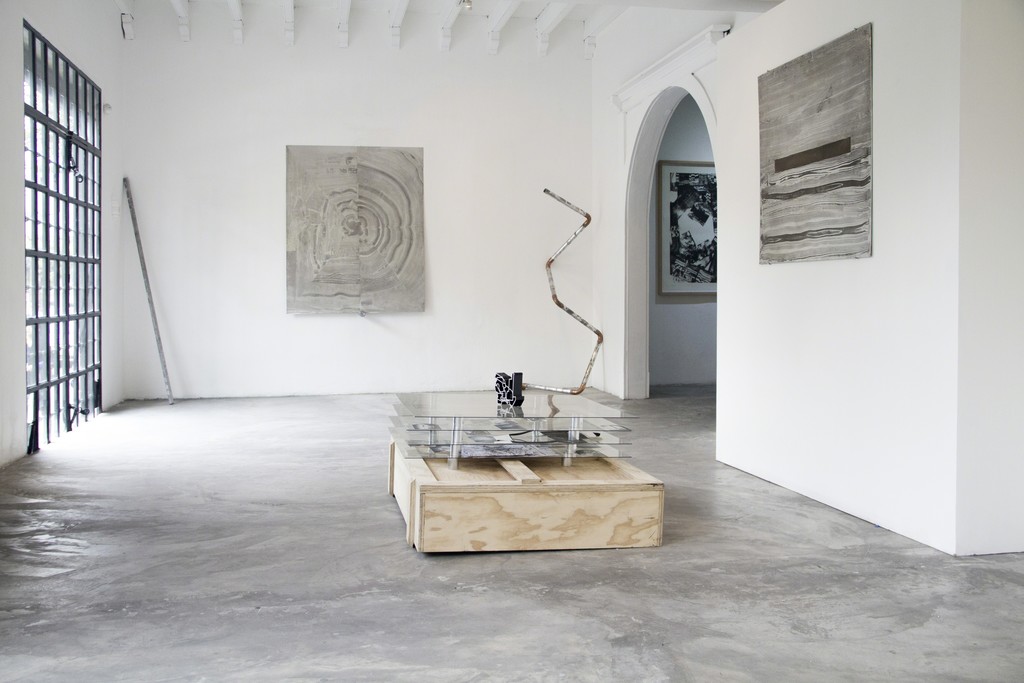 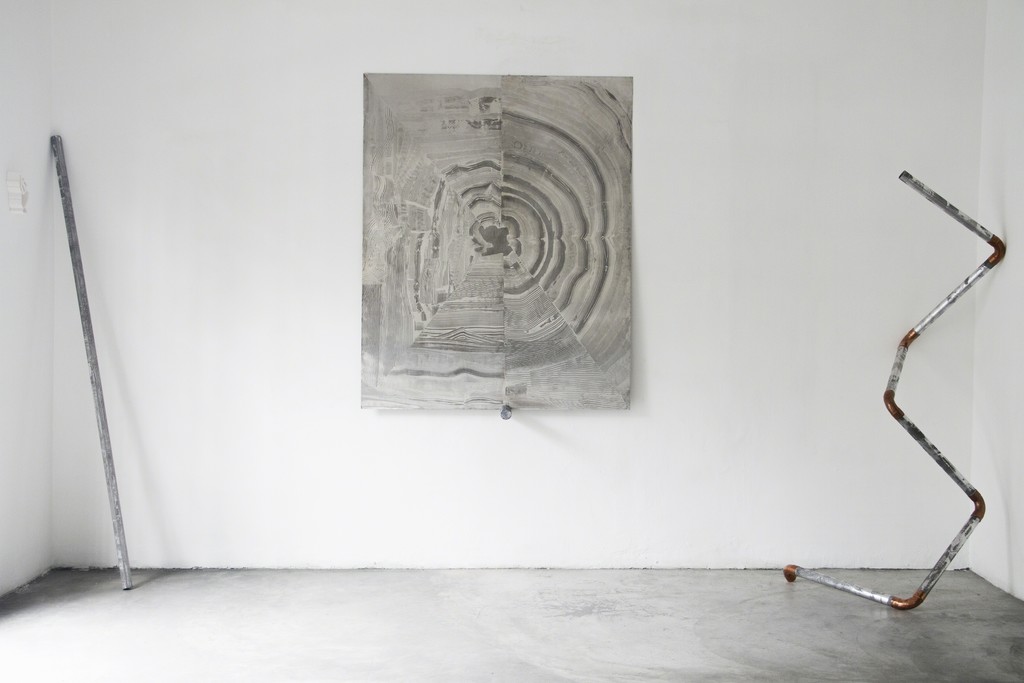 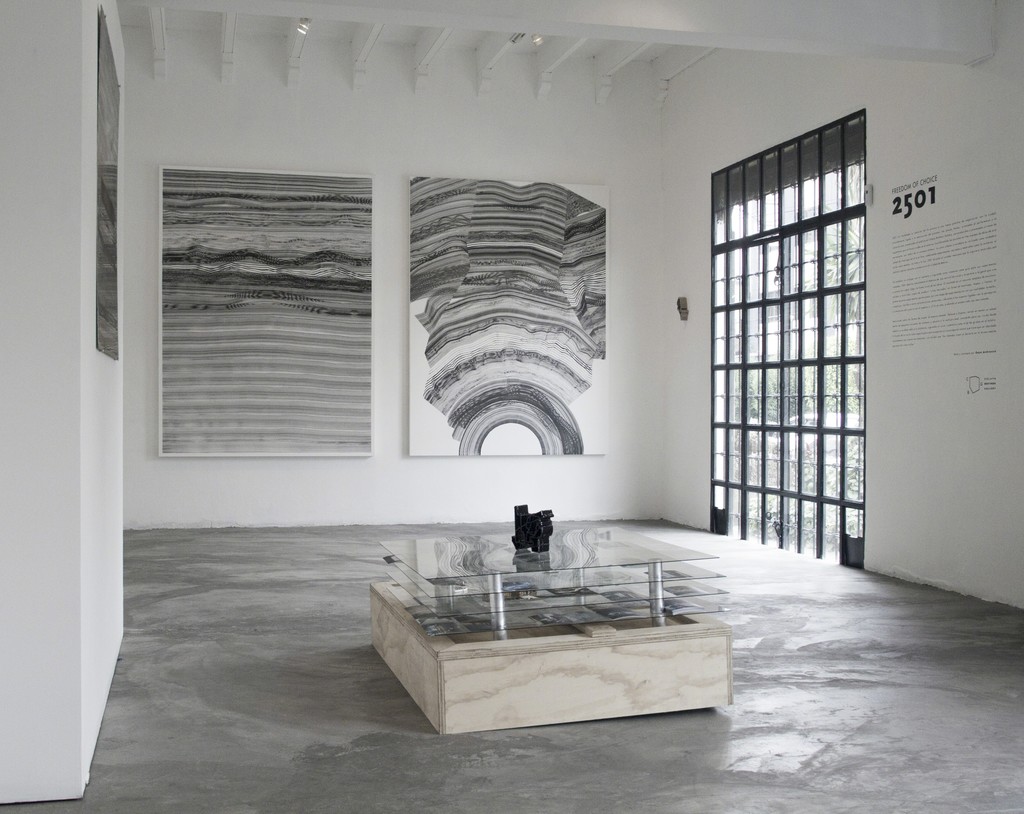 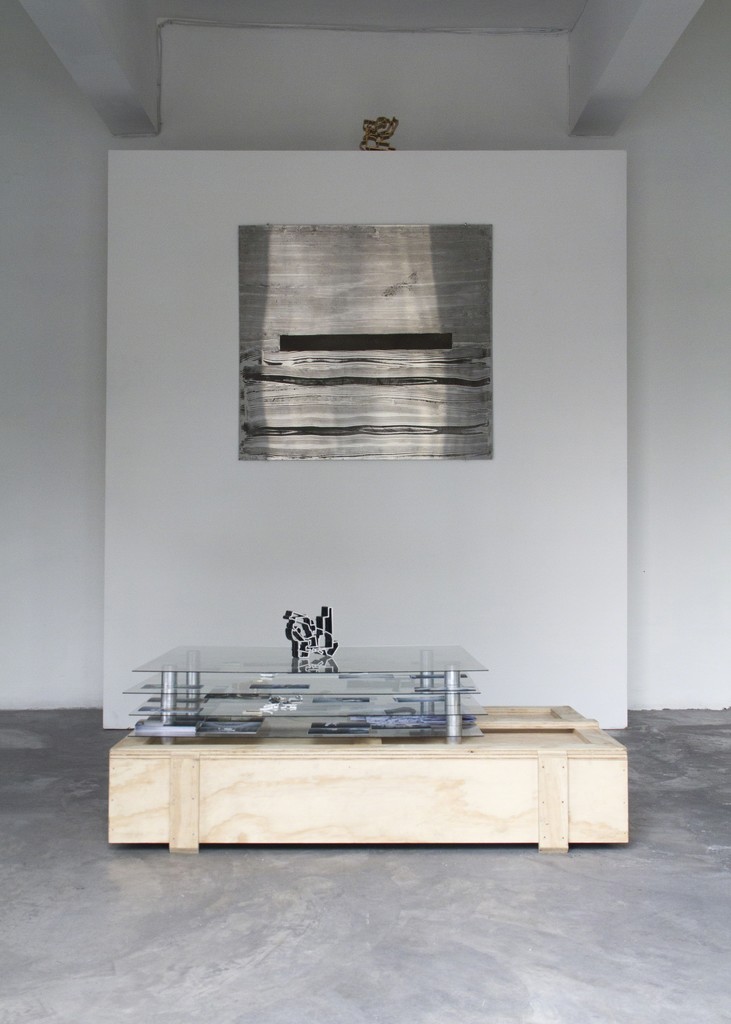 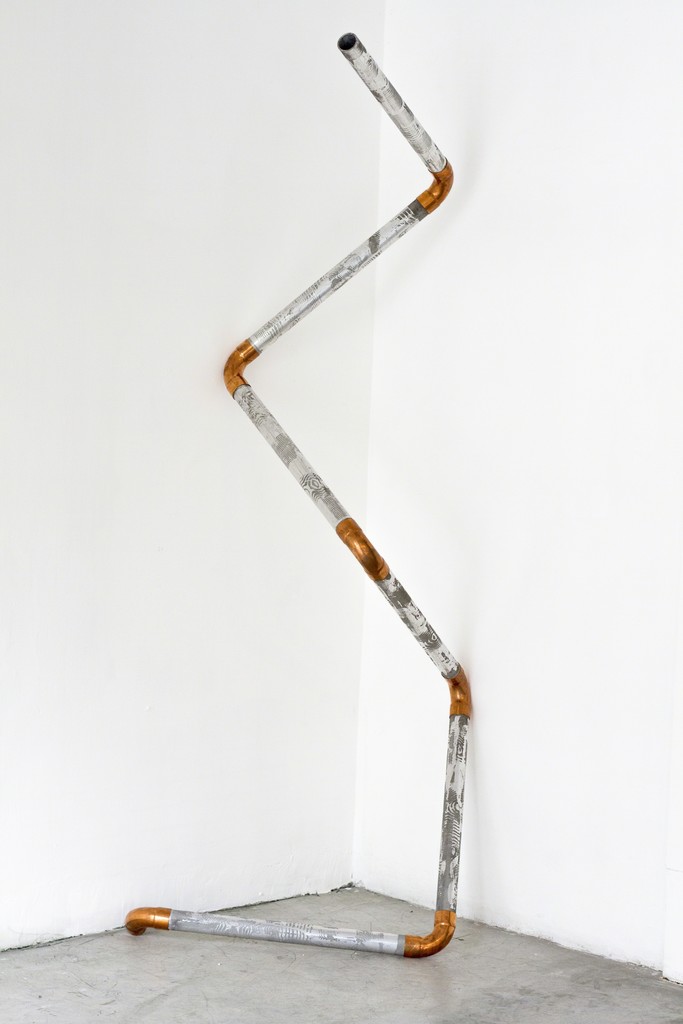 2501 has been shifting his attention from painting to a new practice of negotiation with the city, closely bound up with the abstraction of the process. The final works, performance-oriented and situationist, presented to the public at Celaya Brothers Gallery are produced and processed through arguments that take place outdoors, turning actions into three corpus of permanent art pieces through an ephemeral setting process. The surrounding urban area is used as a true field of research in open air, combining experiments, actions and materials, such as ceramic, acid on metals, ink and light.

2501 asked the Mexican curator to suggest where he could walk during his residency in Mexico City. By engaging in a dialogue with the context and following these paths as a guideline for some other nomadic experiments, 2501 radically undermines the dominance of the vertical axis of vision and allows people who actually live and know the city, to choose the physical shapes of the artworks. The result is a complex ensemble of sculpture, landscape and paths, capable of producing “marked sites” in the form of monotypes, maps, and canvases. The design of these experiments seems to be passing through a phase of experimentation with its formal, chromatic, tactile and other sensory qualities, drawing to aspects linked to the users’ perception of and interaction with space, and trying out – when all is said and done – an increasingly nomadic state: in theorizing about the modes of occupation of nomadic space, Deleuze and Guattari had in mind a field made up of small actions of contact and open to multiplicity, conceived to be experienced from inside rather than observed from a distance, following a rhizomic course like that of cracks in asphalt. The design of the ground as a support for this occupation is a central question that needs to be tackled with new tools today, without forgetting that “nomads make the desert no less than they are made by it.”