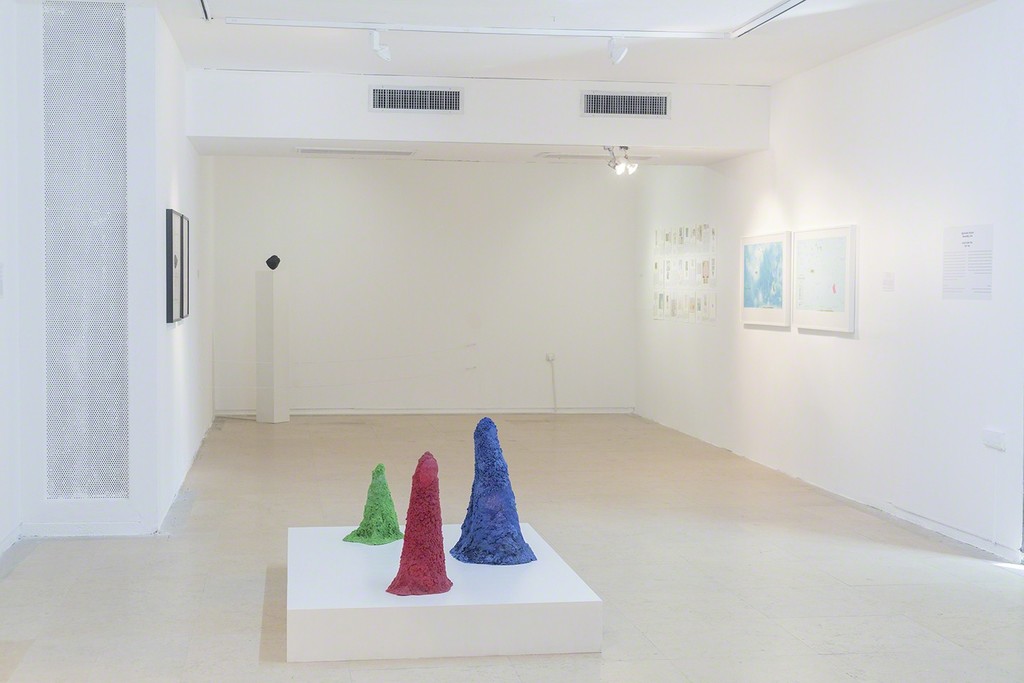 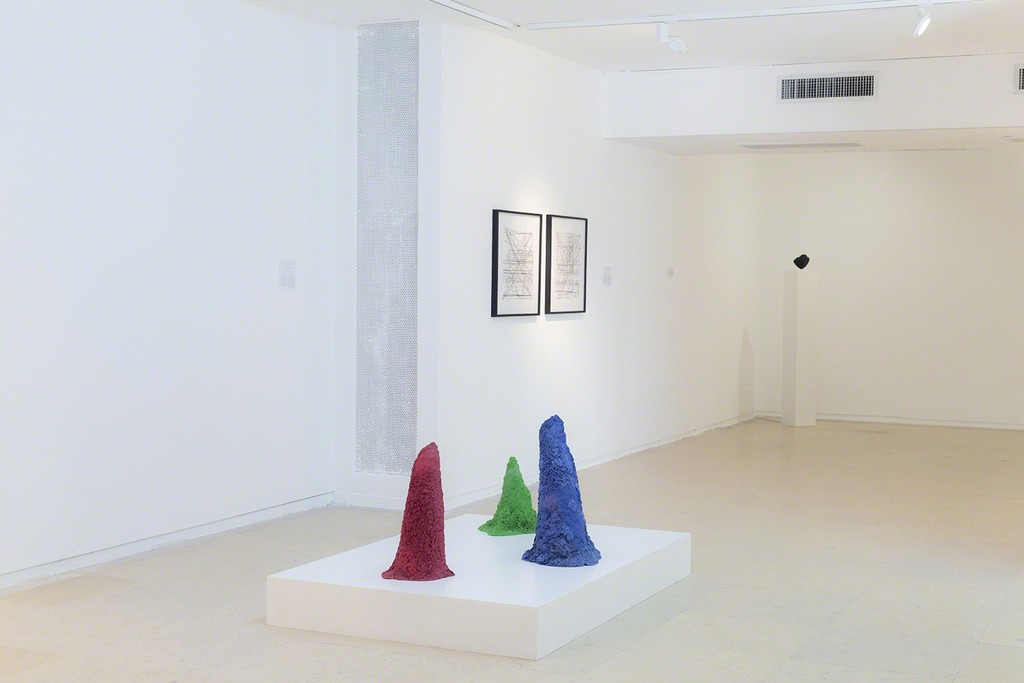 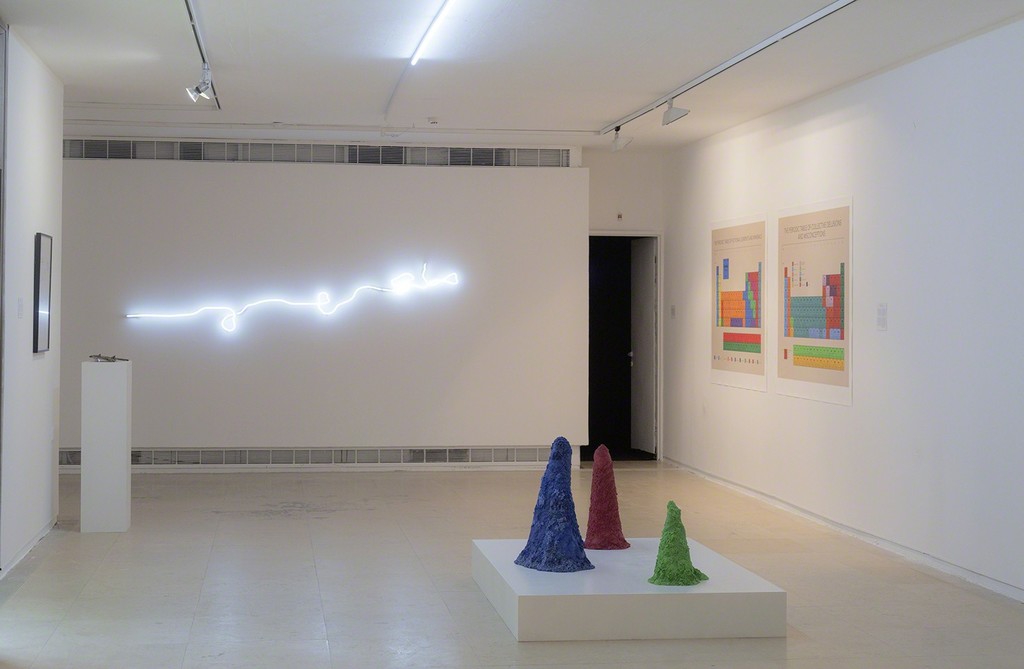 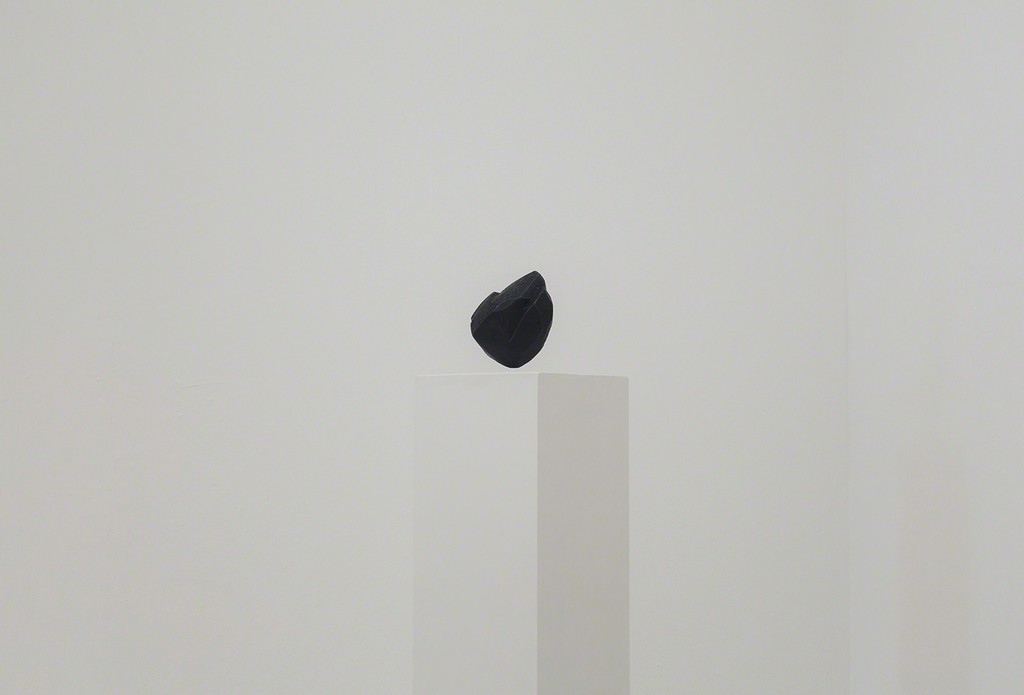 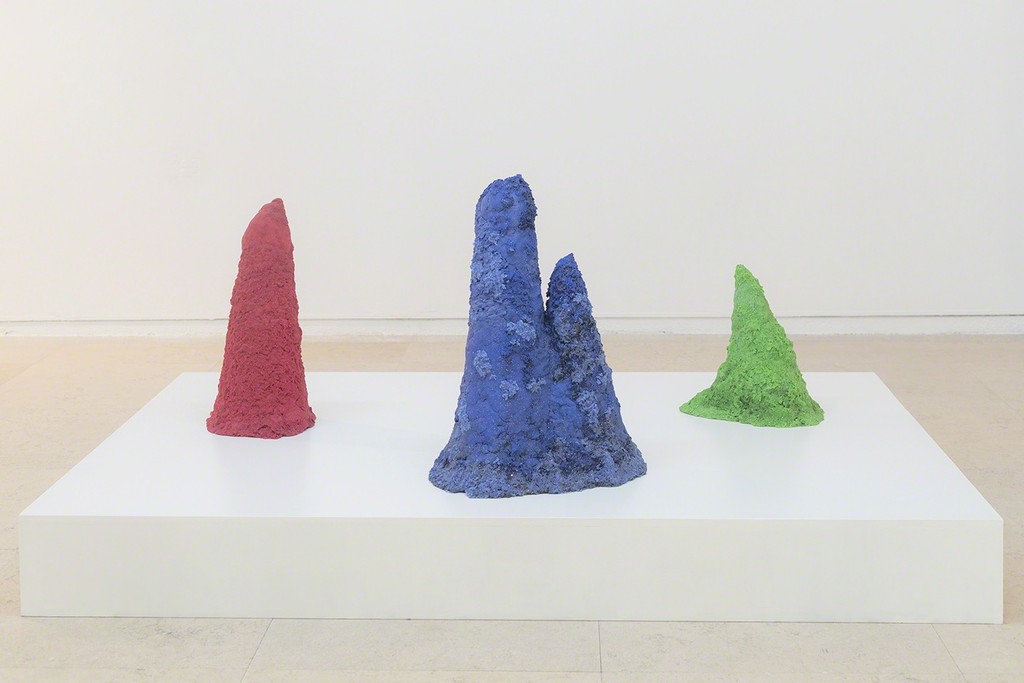 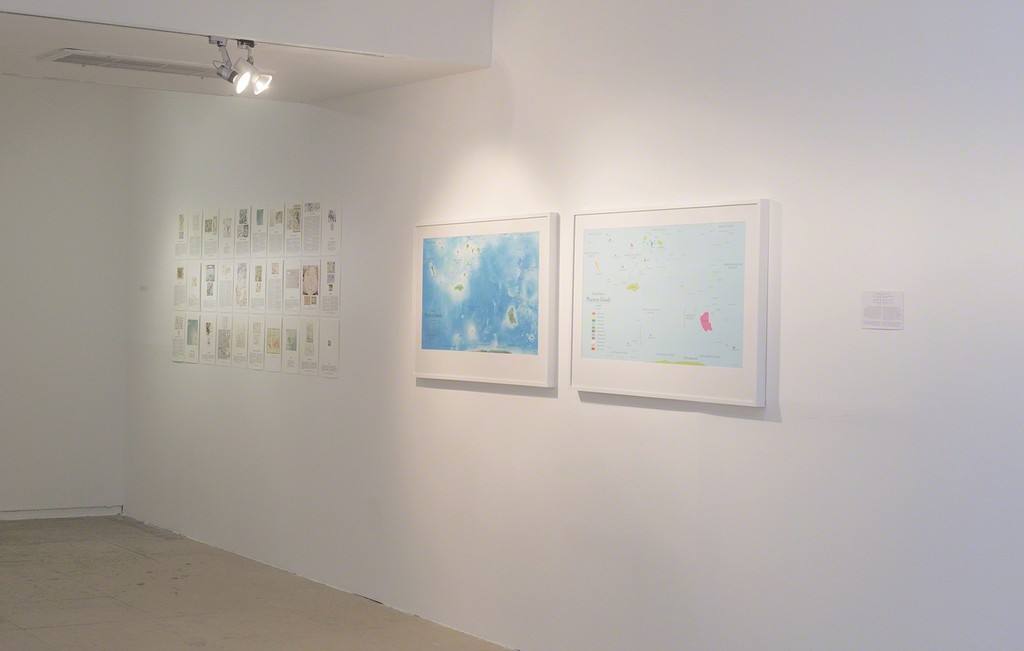 The CCA presents Agnieszka Kurant’s first solo exhibition in Israel. Kurant focuses on collective intelligence, shared fictions, and mass invisible or “immaterial” labor. She questions singular authorship with works such as “Production Line,” a series of drawings carried out by thousands of online workers, and “A.A.I.,” sculptures made out of colored sand, gold, crystals, and glitter by colonies of termites.

Kurant’s examination of invisible labor and the unseen forces of control extend to works such as, “Air Rights,” a levitating meteorite, and “Cutaways,” a video featuring three characters who were cut out of major films during the editing process and who are re-played by their original Hollywood actors.

By pointing to unseen labor and shared authorship, Kurant also raises questions about value. In the art world in particular, the author’s identity is paramount to establishing its value. Kurant undermines this financial trope with“Mutations and Liquid Assets,” which consists of several small sculptures by famous artists melted together. Taking appropriation one step further, this work illustrates the shifting status of art objects and their potential for transformation.

Kurant will give an artist talk and discuss her practice and sources of inspiration prior to the opening, on June 15th at 7:00pm.

This exhibition was generously supported by the Polish Institute.

Born in 1978 in Lodz, Poland, Kurant currently lives in New York City. In late 2014, Kurant opened a large-scale solo exhibition at the Guggenheim Museum in New York. Among her exhibitions worldwide, the artist represented Poland at the Venice Biennale 12th International Architecture Exhibition (in collaboration with the architect Aleksandra Wasilkowska) with a pavilion presentation titled Emergency Exit (2010). In 2013-2014, she had her first major exhibition in New York at SculptureCenter titled exformation, which was also shown at Stroom Den Haag in the Netherlands. Her work has been exhibited at MoMA PS1 in Long Island City (2013), Witte de With in Rotterdam (2011), Palais de Tokyo in Paris (2004), Tate Modern in London (2006), and Zachęta National Gallery of Art in Warsaw (2009), along with key exhibitions including Performa Biennial in New York (2013 & 2009), Moscow Biennale (2007), Bucharest Biennale (2008), and 2nd Ural Biennial (2012). Kurant studied in Lodz, Warsaw and London, and completed.