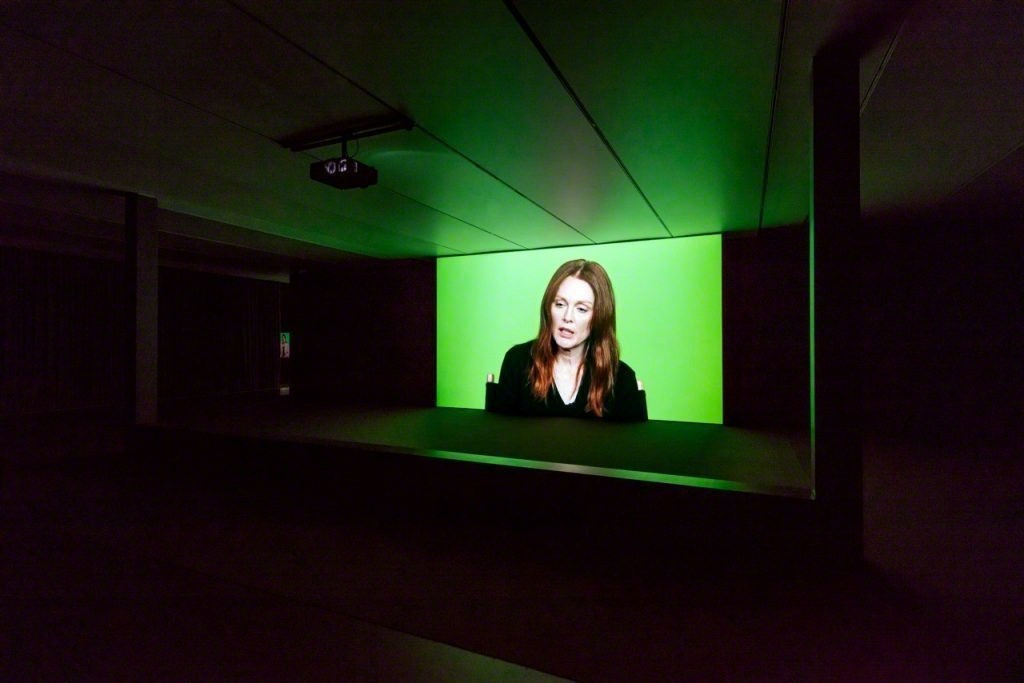 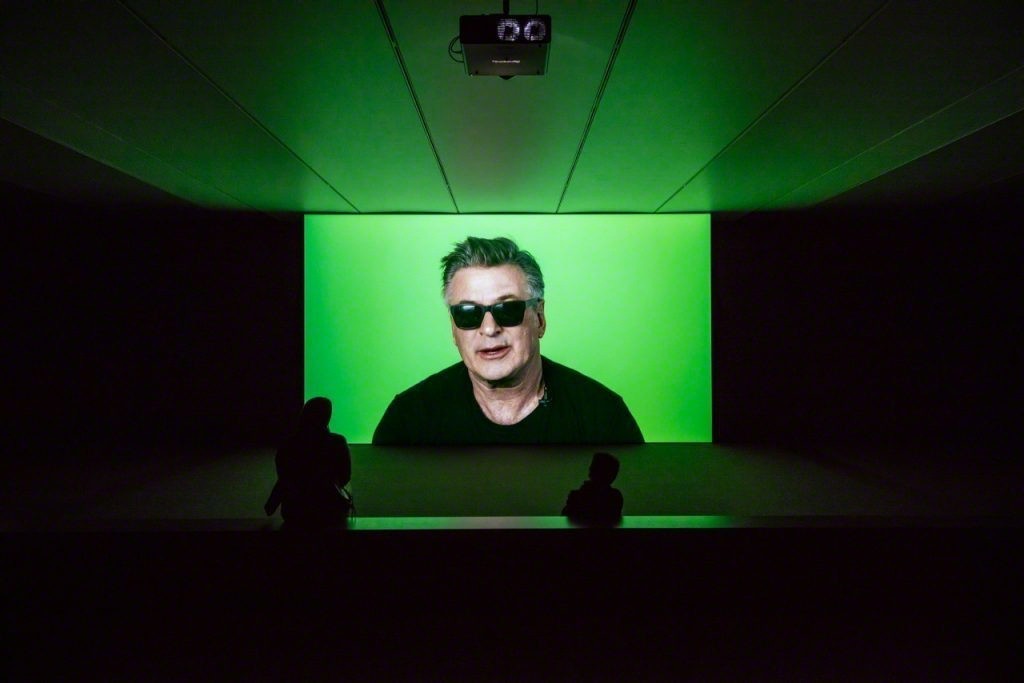 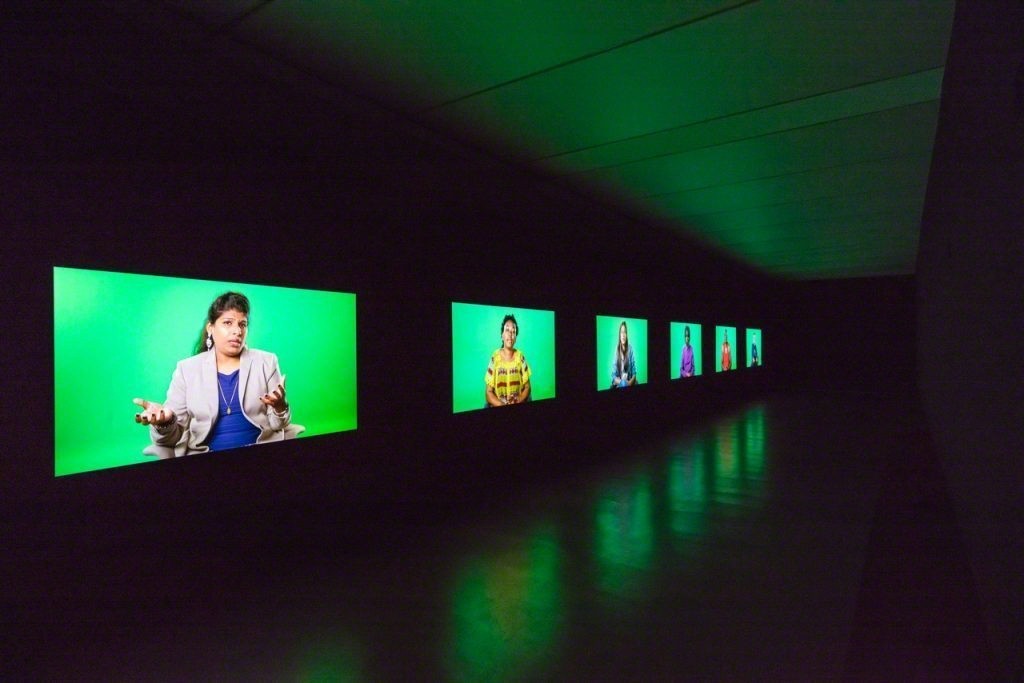 Love Story (2016) interrogates the mechanics of identification and the conditions under which empathy is produced. The work is based on the personal narratives of six individuals who have fled their countries in response to a range of oppressive conditions: Sarah Ezzat Mardini, who escaped war-torn Syria; José Maria João, a former child soldier from Angola; Mamy Maloba Langa, a rape survivor from the Democratic Republic of the Congo; Shabeena Francis Saveri, a transgender activist from India; Luis Ernesto Nava Molero, a political dissident from Venezuela; and Farah Abdi Mohamed, an idealistic young atheist from Somalia. It evokes the global scale of the so-called “refugee crisis,” evolving out of interviews conducted with the six participants in the places where they are seeking or have been granted asylum (Berlin, New York and Cape Town).

The personal accounts shared by the interviewees are articulated twice by Love Story. In the first room of the installation, re-performed fragments from the six interviews are woven into a fast-paced montage featuring Hollywood actors Alec Baldwin and Julianne Moore. Each was asked to channel excerpts from three of the first-person narratives on a green-screen set, without the support of fictional backdrops, costumes, props, accents, or interlocutors. Breitz intertwines the six renditions, plotting the diverse socio-political circumstances and personal experiences that prompted the interviewees to leave their countries. In a second room the original interviews are projected in their full duration and complexity.

Suspending viewers between the gritty firsthand accounts of individuals who would typically remain nameless and faceless in the media, and an accessible drama featuring two actors who are the very embodiment of visibility, Love Story raises questions around how and where our attention is focused. The work deploys the hypervisibility of Moore and Baldwin to share stories that might otherwise fail to elicit mainstream attention or empathy. At the same time, it reflects on the callousness of a media-saturated culture in which strong identification with fictional characters and celebrity figures runs parallel to a widespread lack of interest in people facing real world adversity.

Love Story was commissioned by the National Gallery of Victoria (Melbourne), Outset Germany (Berlin) and the Medien Board Berlin-Brandenburg.

Candice Breitz (born 1972, Johannesburg) is a South African artist who works primarily in video and photography, using found video footage appropriated from popular culture. She currently lives in Berlin, and has been a tenured professor at the Braunschweig University of Art since 2007. Breitz has been chosen to co-represent South Africa at the 2017 Venice Biennale.