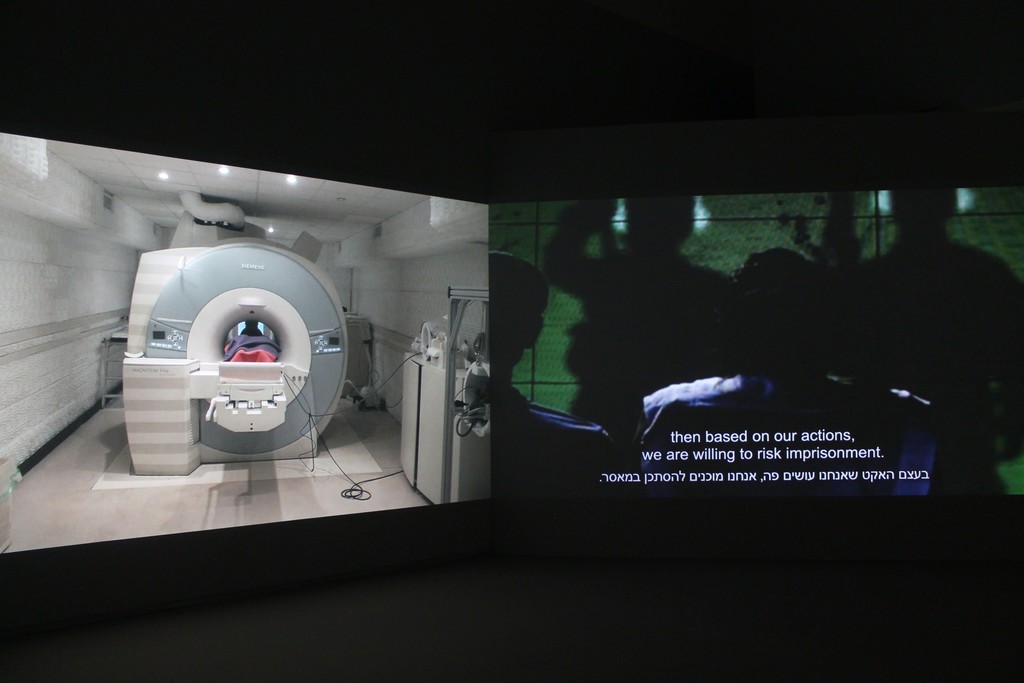 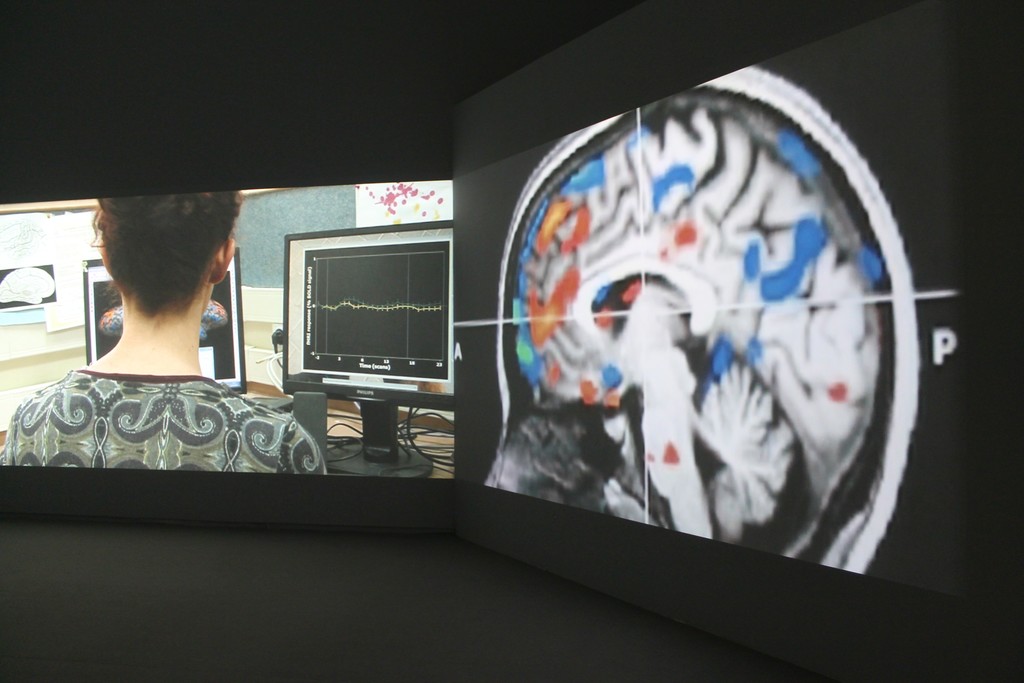 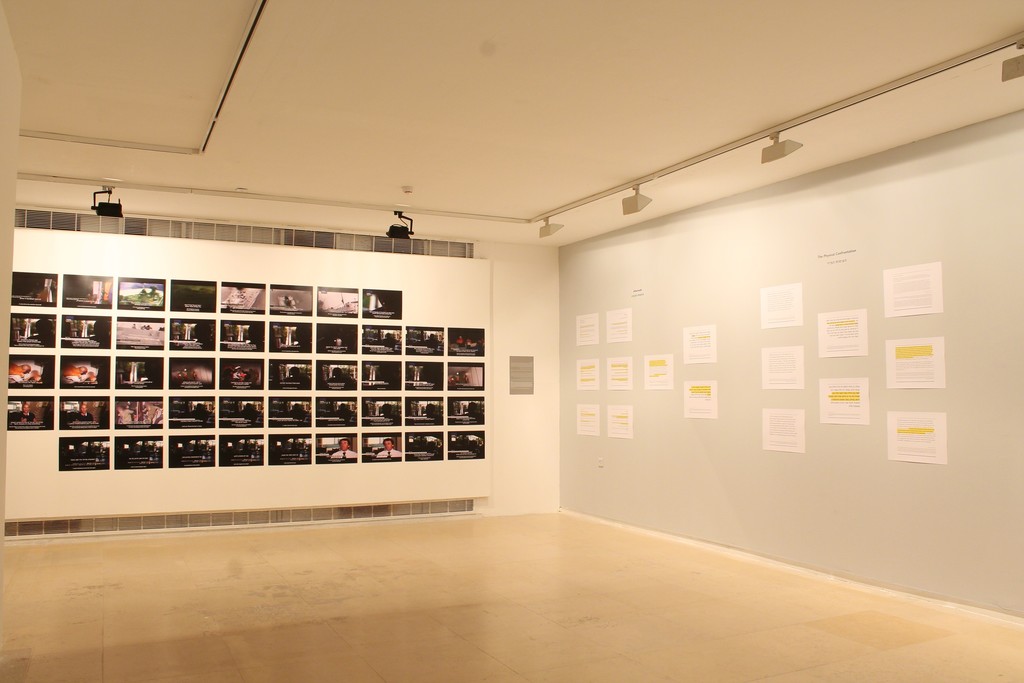 “Image Blockade” is an exhibition of new works by Maayan Amir & Ruti Sela that focuses on the intersection between the visual, political, and legal. The works, made within the framework of the Exterritory project, explore the ties between sensory perception, insubordination, censorship, and advanced technology and their links to the control of images.

The works raise many questions such as: How is the sensory perception of those who are obliged to keep information confidential over time affected? What are the limits of transparency when it comes to activism and documentation? What happens when images that may incriminate their creators are withheld from public view through legal means and cannot be used as evidence?

The exhibition title, “Image Blockade,” is taken from a video that recently premiered at the New Museum Triennial in New York that focuses on a neurological experiment made in collaboration with Weitzman Institute scientists investigating the influence of prolonged exposure to classified material on individuals’ brains. This work will be on view at the CCA along with other new artworks and research by Exterritory.

Initiated by Amir and Sela in 2009, Exterritory is an ongoing art project dedicated to encouraging the theoretical, practical, and interdisciplinary examination of “extraterritoriality,” i.e. being excluded or exempt from the standard system of law within a designated area. The project uses the notion of extraterritoriality to critique power structures and re-imagine practical, conceptual, and poetical possibilities.

The works in “Image Blockade” move beyond the straightforward geographical and judicial notions of extraterritoriality as it pertains to people and spaces to consider how the concept may be extended to regimes of information, representation, and practices that may produce “extraterritorial images.” The works presented at the CCA offer a riveting look at attempts to regulate images and what that might mean for shaping political worldviews today.