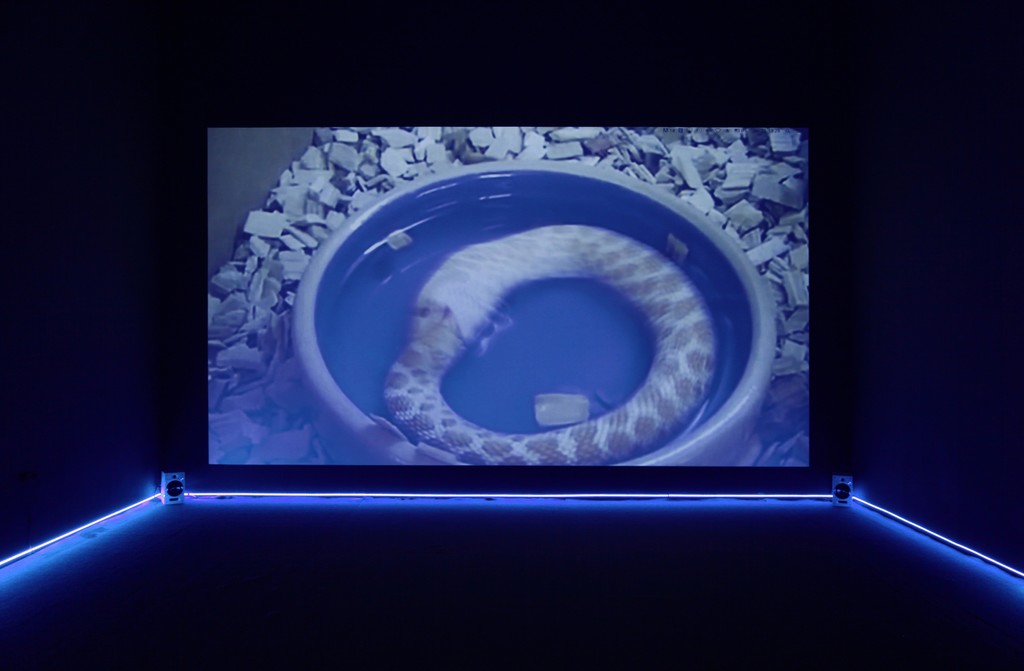 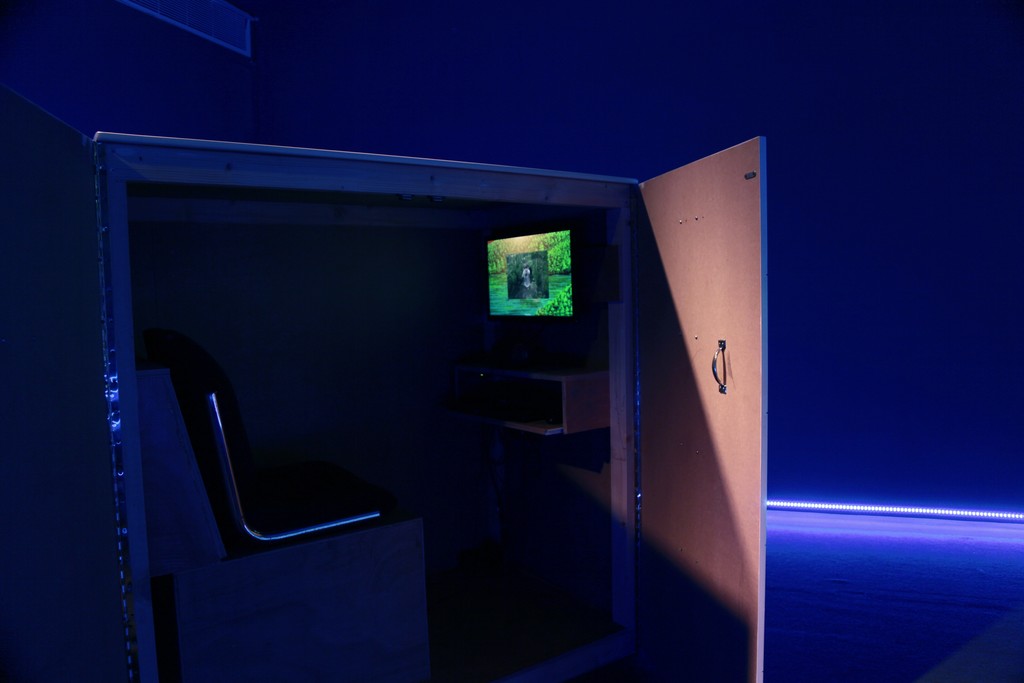 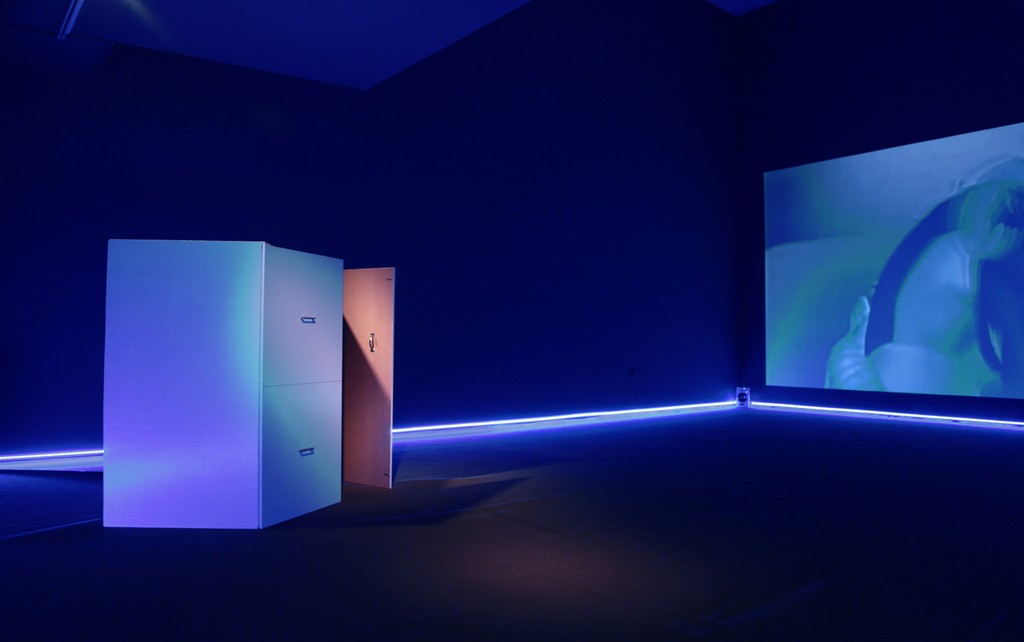 In his videos and installations, Jon Rafman focuses on how culture and society are shaped by technology, often using narrative to emphasize the ways in which it isolates us and distances us from history. His works explore how popular culture and digital media shape our worldviews and social interactions.

Rafman’s many layered projects pierce through the technological realities in which we “live,” or which shape our understanding of the world, such as Google Street View, and Second Life. The latter (a virtual, online universe) is toured by Ratman’s avatar in the work Kool-Aid Man (2008-2011). The work deals with how users entertain sexual fetishes in the virtual world via idealized selves. Another work, The Nine Eyes of Google Street View, is an ongoing collection of bizarre and beautiful images captured by the nine lenses on Google Street View camera cars as they photograph landscapes around the world.

At the CCA
Erysichthon (2015) by Jon Rafman is the final element in a trilogy of videos including Still Life (Betamale) (2013) and Mainsqueeze (2014). Like the other videos in the series, it comprises found images culled from the Internet, including user-created content and video clips. By presenting subcultures that “live” online, Ratman deploys the themes of devouring and ingesting and uses them as metaphors for today’s culture of digital consumption.

About Jon Rafman
Jon Rafman (b. 1981) is an internationally acclaimed artist based in Montreal, Canada. His recent solo exhibitions include I have ten thousand compound eyes and each is named suffering at Stedelijk Museum, Amsterdam, Jon Rafman at Westfälischer Kunstverein, Jon Rafman at The Zabludowicz Collection, London, The end of the end of the end at Contemporary Art Museum St Louis, The Nine Eyes of Google Streetview at the Saatchi Gallery, London, Remember Carthage, New Online Art at the New Museum, NY and also at Palais de Tokyo, Paris.
His group shows include Manifesta 11, Zurich, 9th Berlin Biennale, Berlin, Speculations on Anonymous Materials at Fridericianum, Kassel; The Photographer’s Gallery, London; Nine Eyes as part of the Moscow Photobienniale, 2012; Screenshots at William Benton Museum of Art, Connecticut; The Greater Cloud, Netherlands Media Art Institute, Amsterdam and From Here On, Les Rencontres d’Arles: International Photography Festival, Arles.