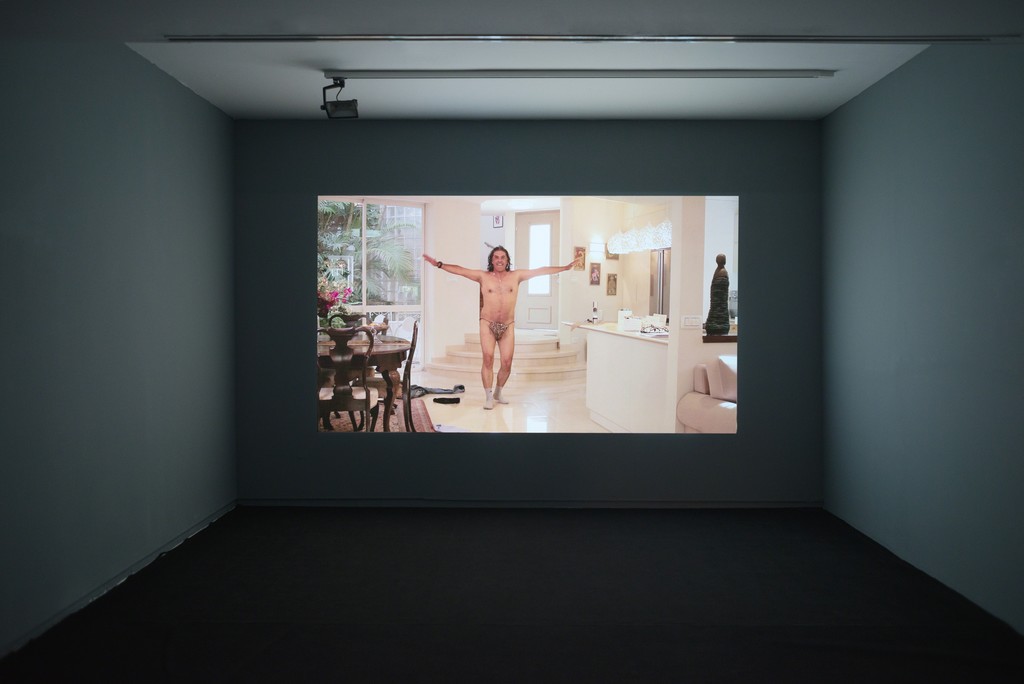 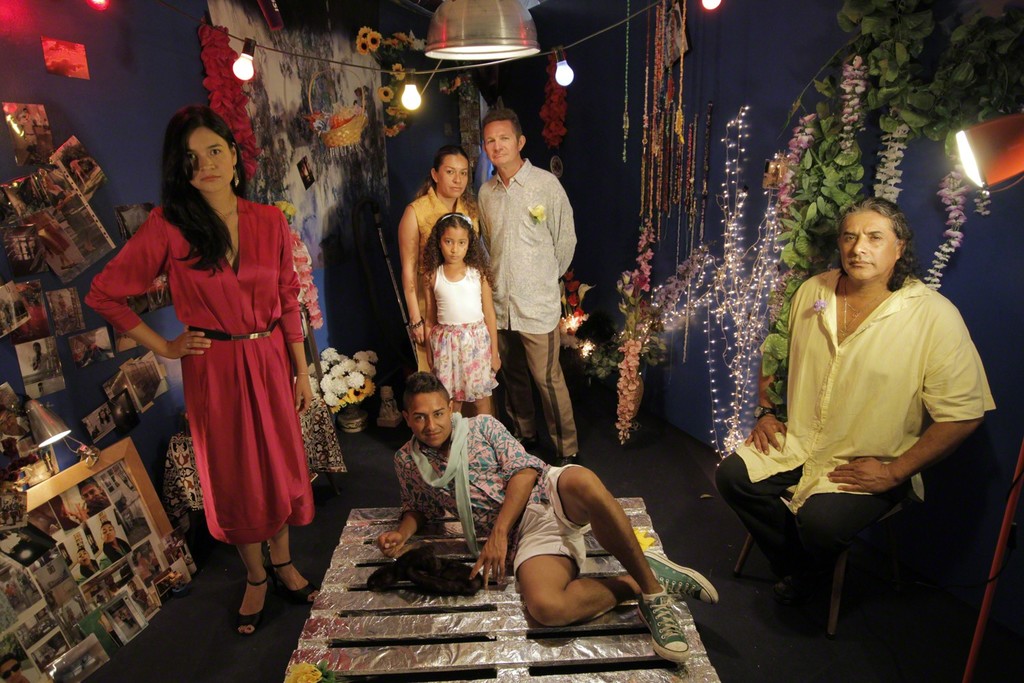 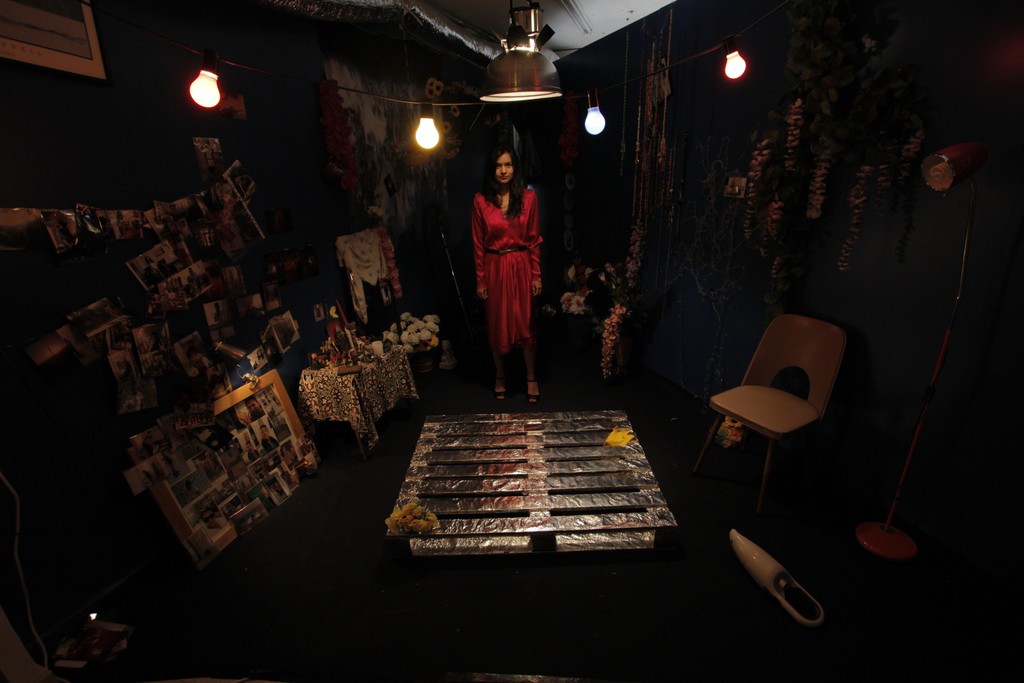 The CCA presents three solo projects by Deville Cohen, Luciana Kaplun, and Ariel Reichman. While each installation differs in scope and inspiration, they share a playful and imaginative approach.

For Gilda, Luciana Kaplun worked with Latin American foreign workers who clean Israeli homes and businesses for a living, including the CCA. In the video, they exhibit strange behavior, such as fantasy or role-play in their usual places of work. One of the cleaners is shown vacuuming smoke from the CCA galleries. Another cleans the corporate offices of Haaretz newspaper, acting like a machine amongst other devices, and in addition to cleaning, she makes impromptu sculptures from office supplies. Other cleaners take on more risqué behavior, like doing a strip dance routine, or trying on their clients’ clothes. Finally, another character is featured at the banquet hall in which she works, singing a famous Cumbia song by “sainted” Argentinean pop singer, Gilda. The cleaners’ seemingly strange behavior might be explained by their connection to a fictional guild that congregates in a blue “temple” complete with candles. Beyond serving as a union and support network, the guild takes on pseudo-religious attributes akin to a cult inspired by pagan-catholic saint worship.

Foreign workers lack citizenship and therefore their rights are not safeguarded under traditional domestic law. In practice, this leads to precarity: material and psychological insecurity. Kaplun’s guild-cum-cult serves as a source of both spiritual and civic empowerment since it’s rooted in Marxist unionizing, albeit fictional as no such union exists in Israel. Unlike unions, which were established to create collective bargaining power during the Industrial Revolution, guilds were closed, holistic, medieval associations of tight-knit skilled trades-people that infused all aspects of life, including the spiritual, social, and domestic lives of their members, often over several generations.

Class meets gender in many layers of Kaplun’s video: Cross-dressing and striptease are featured as liberating acts, ways to manifest fantasy in an otherwise oppressed and traditionally female field of work. These connections are hinted at in the title of the project, Gilda. Not only is it the Spanish-sounding Hebrew term for the would-be guild to protect precarious workers in the cleaning industry, its etymological source is the Middle English word “gilde” – payment, tribute, compensation – a clear reference to the economic foundations of the globalization that displaces and mobilizes countless migrant workers around the world.