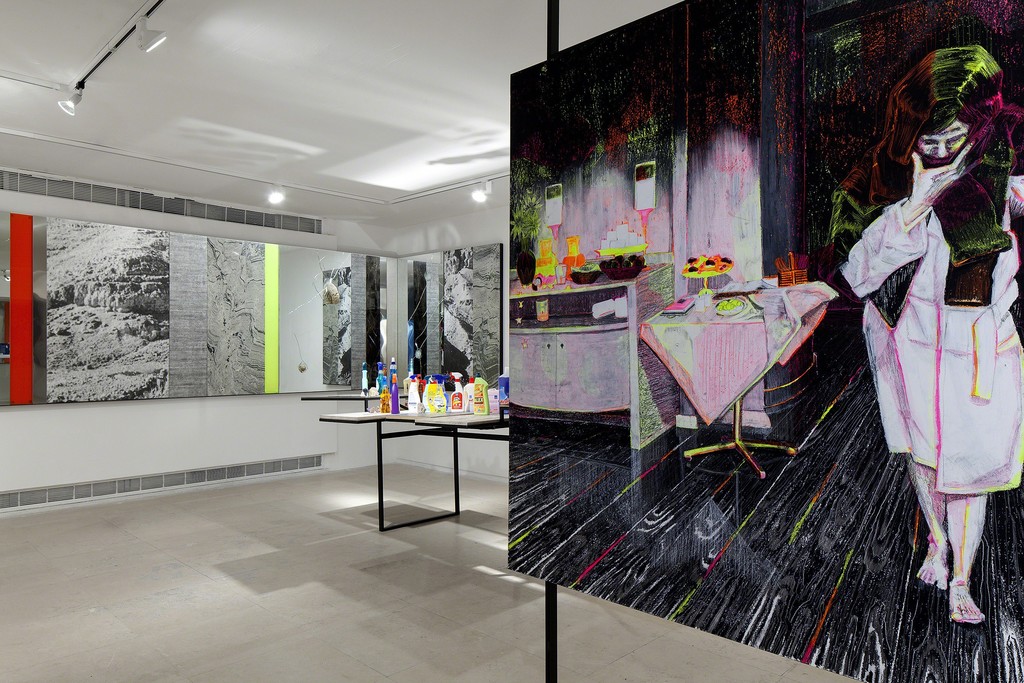 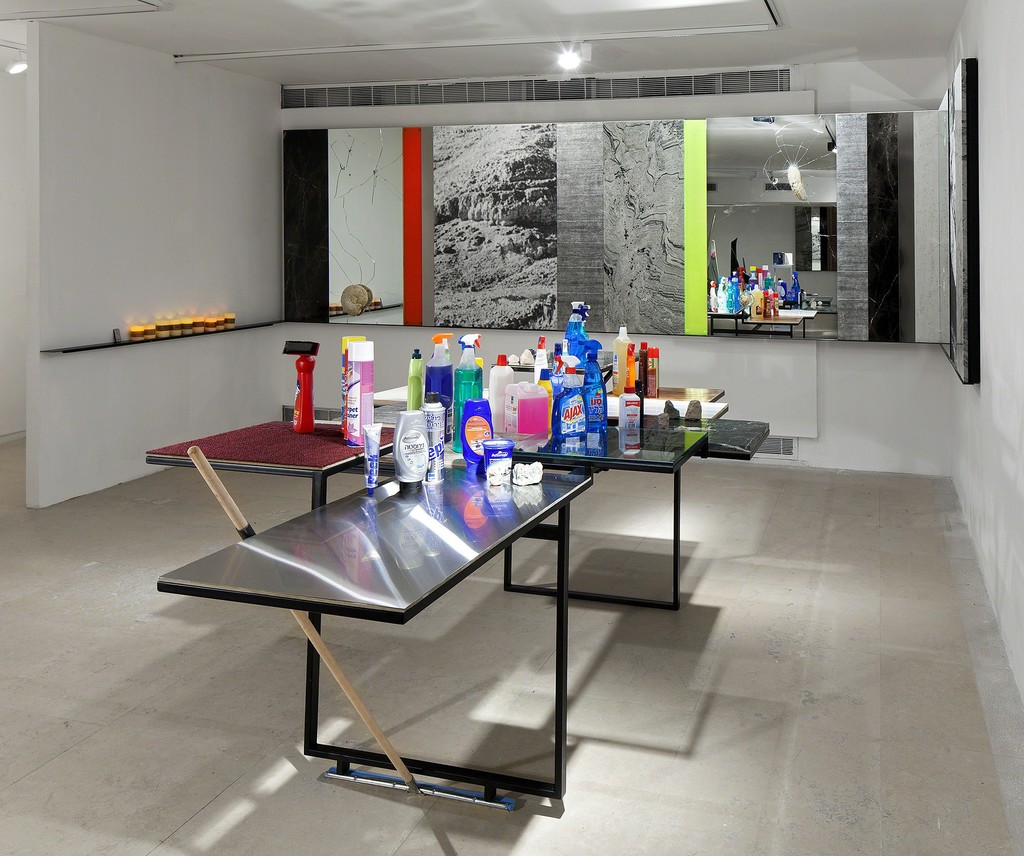 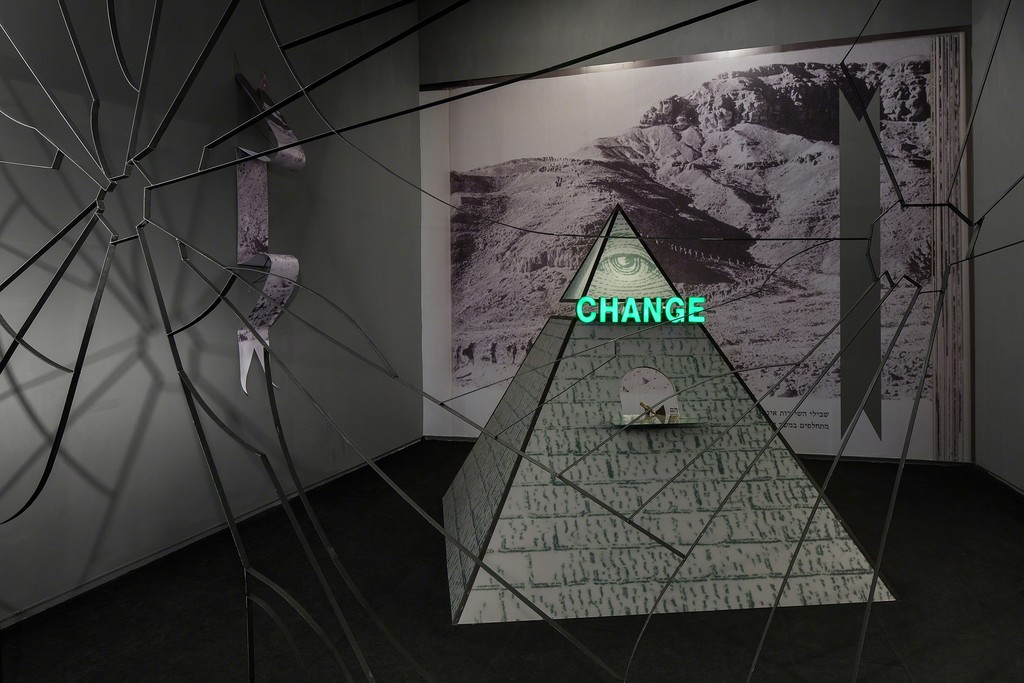 CHANGE is Michal Helfman’s largest project to date and comprises a large-scale, site-specific installation that includes sculpture, painting, drawing, and video. Commissioned specifically for the CCA, CHANGE is a complex gesamtkunstwerk that focuses on sweeping themes such as migration, generational repetition, and disillusionment.

After passing through an ornate vestibule, visitors come to a pyramid taken from the American one-dollar bill. Its call for change, which could be thought of in a revolutionary context, here becomes a signifier of currency exchange, and also alludes to plain loose coins. It opens to reveal a smuggler’s hideout, a niche carved into the economic landscape, literally inhabiting its symbols.

Upstairs, seductive reflective surfaces are violently interrupted by fossils that have metaphorically been hurled through millions of years and that serve as evidence of eternity. This space also acts as a performative arena: Once in a while, a performer cleans the surfaces, keeping the system functioning and shiny, lubricating its joints. Scented candles scattered throughout the space culminate in works that feature fire as a symbol of metamorphosis, a bridge from dream to reality. Two narratives are contrasted in which fire is the motif that ties dream to reality, and in which a son tries to warn a father of impending doom. Nearby, reminiscent of the hurled fossils, a little girl’s schoolbag appears to have shattered the metal grating. The child-parent relationship is explored through literature, psychology, and popular culture and carries with it motifs of escapist lifestyles, entertainment, and danger.

CHANGE begins and ends with a convoy. The pyramid’s backdrop is a scanned image of the Sinai Desert being crossed by a group of people. In the cyclically structured video upstairs, they come to life; their collective journey punctuated by individual gestures that are at once unique and common. Like them, visitors to CHANGE migrate through the installation as agents in the ebb and flow of empires, whose trails do not change, even if those who walk them change with each generation.