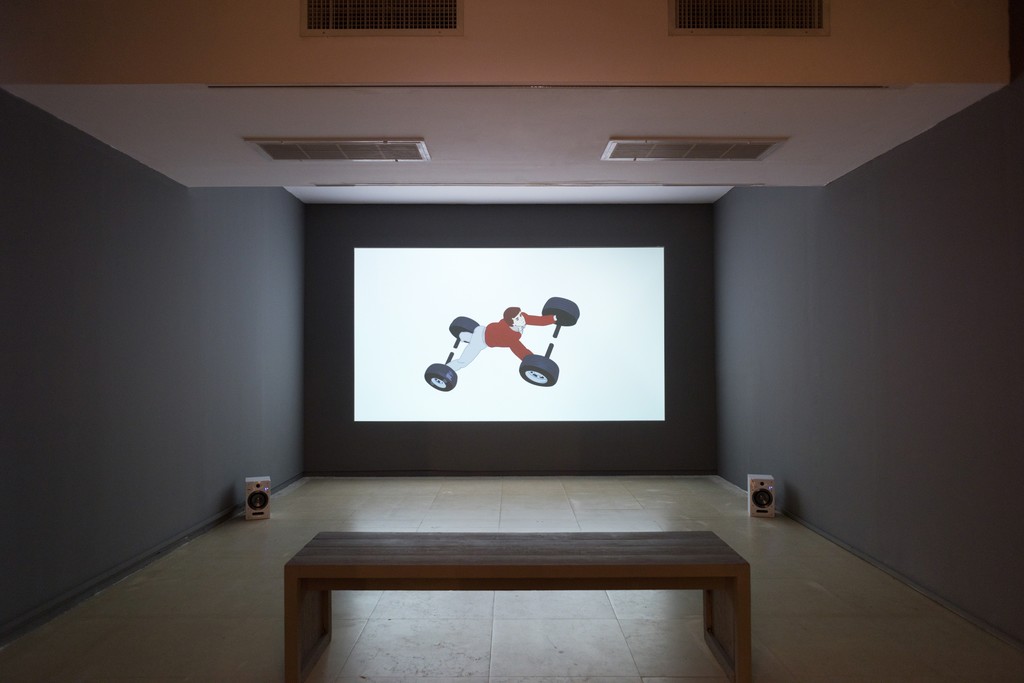 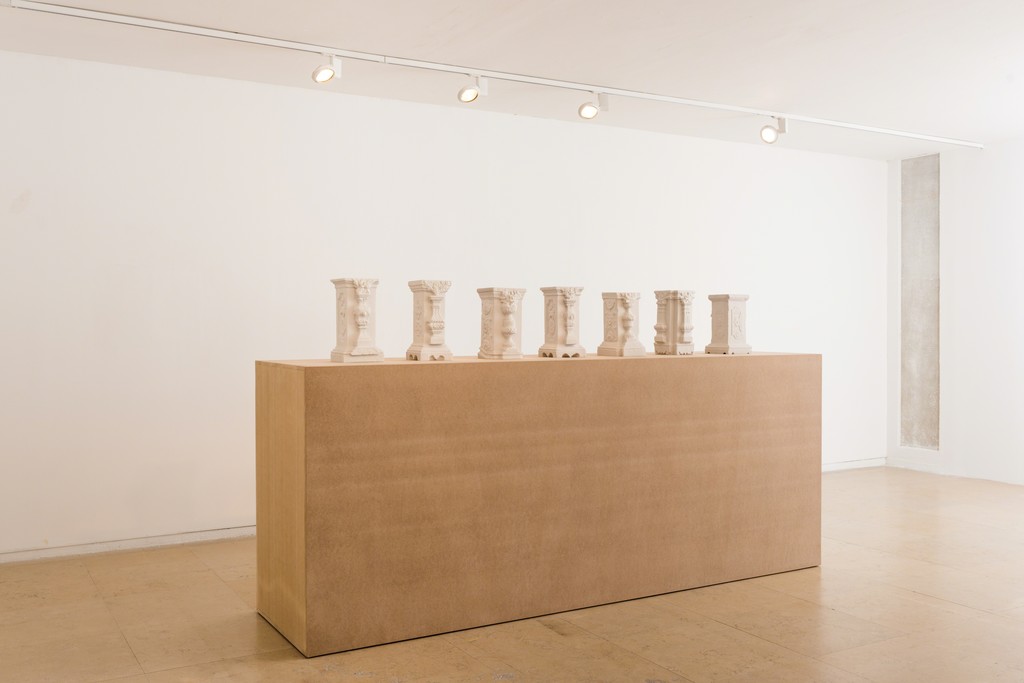 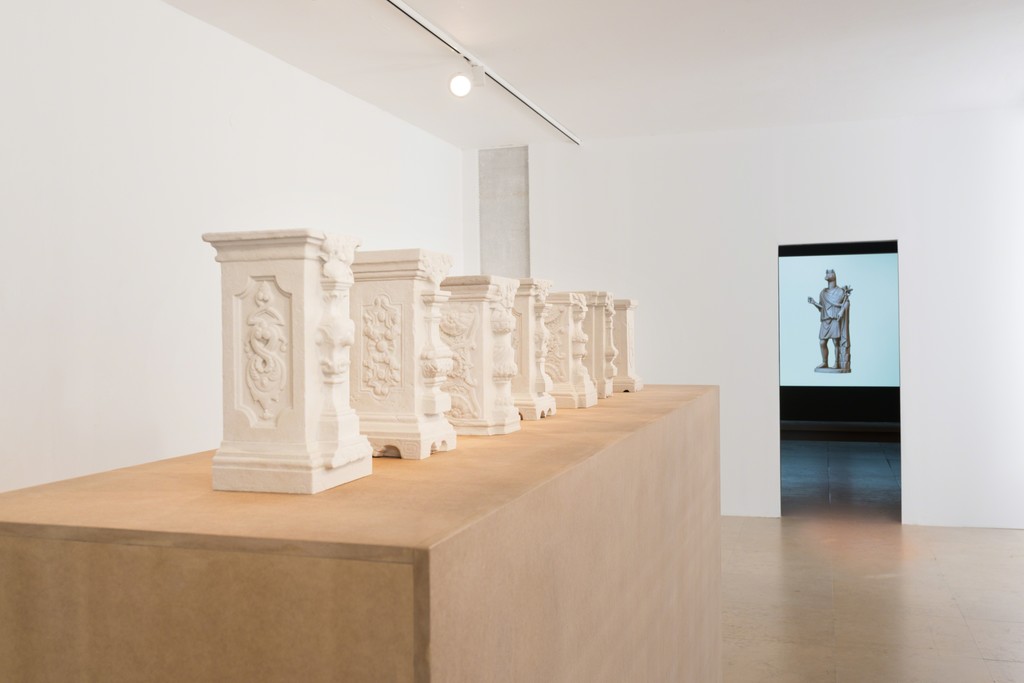 Difference and repetition are common subjects for Laric, especially when looking at the productive potential inherent to reproduction, or the process of change from one thing to another. His work can broadly be read as exploring the multiplicities contained within a single entity, especially in a world of digital reproduction and dissemination.

Laric’s long interest in variation, in how an image, object, or idea is altered according to its user’s needs or context is presented through two videos and one sculptural project. The newest video has been on view at ar/ge kunst Galerie Museum, Bolzano and is included in the 2015 New Museum Triennial. It is a meditative study of metamorphoses comprised mostly of scenes of character transformation in animated videos that ultimately address the mutability of gender and identity and the ability to transcend oneself.

The second video on display is “Versions” (2012), one of an ongoing series that features sundry references to copies and various reproductions that consider change, repetition, replicas, and variation in an age of digital reproducibility. And finally, “Yuanmingyuan Columns (2014) is comprised of 3D scans of ancient Chinese columns that are available for download on Laric’s website so that anyone can view or use them.

Whether through morphing or copying, it is the distinctions and translations in the process of transforming from one thing to another that Laric uses to examine the formation of contemporary image culture. This process is intimately tied to his intuitive, idiosyncratic brand of scholarship that takes the form of appropriated objects and images, all of which are conceptually layered and often make use of technologically sophisticated methods of fabrication.

This exhibition was made possible with generous support from the Austrian Cultural Forum and Outset.