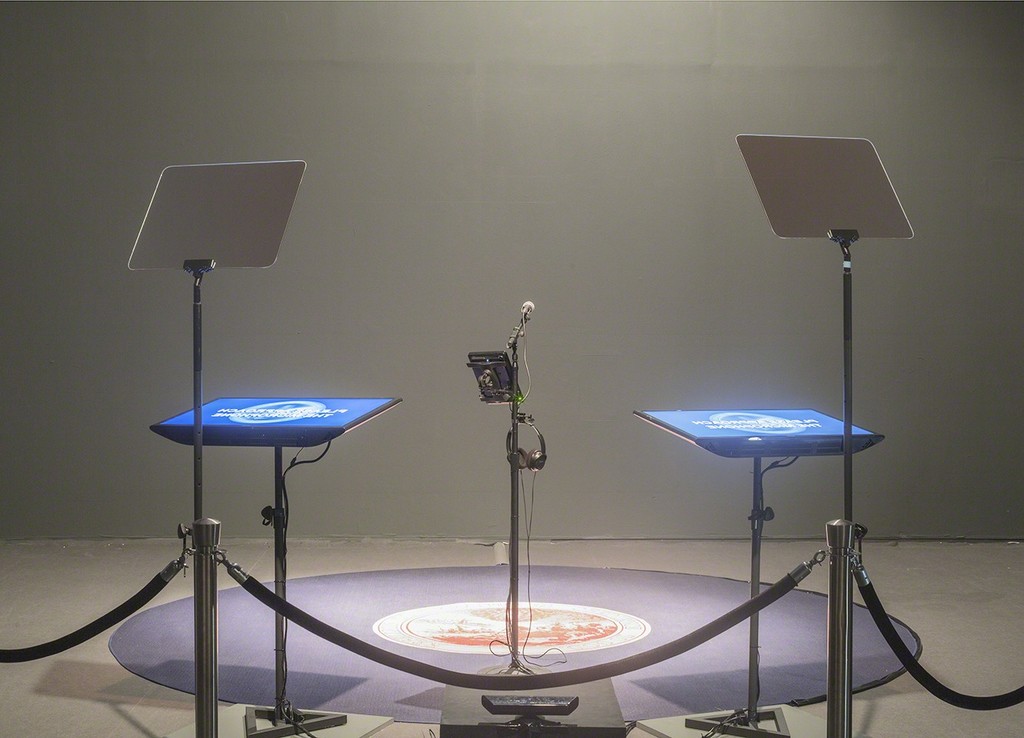 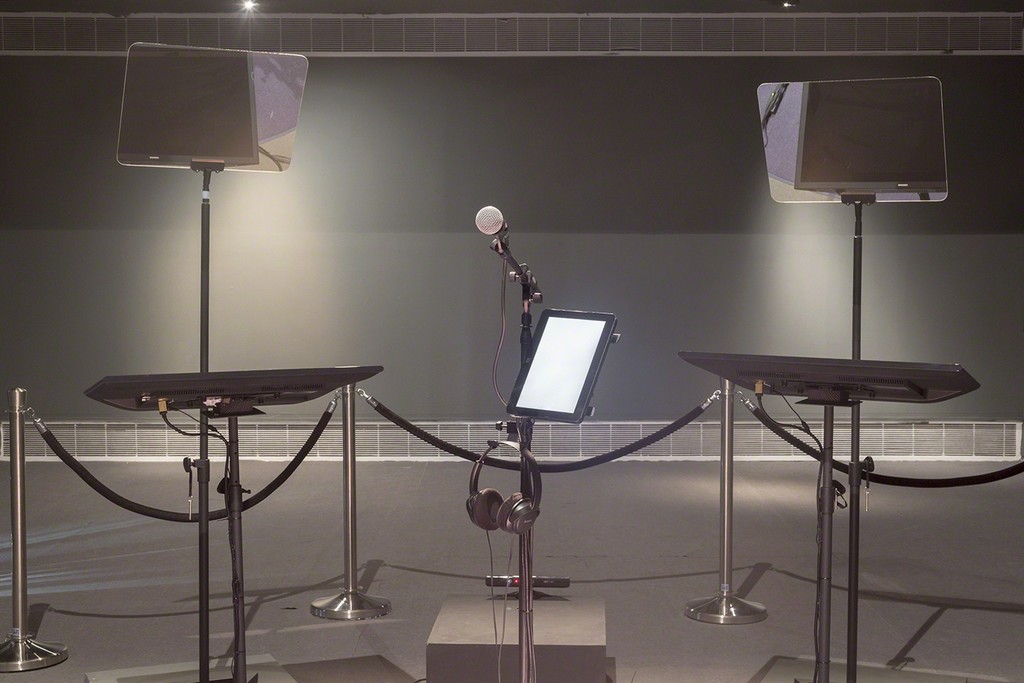 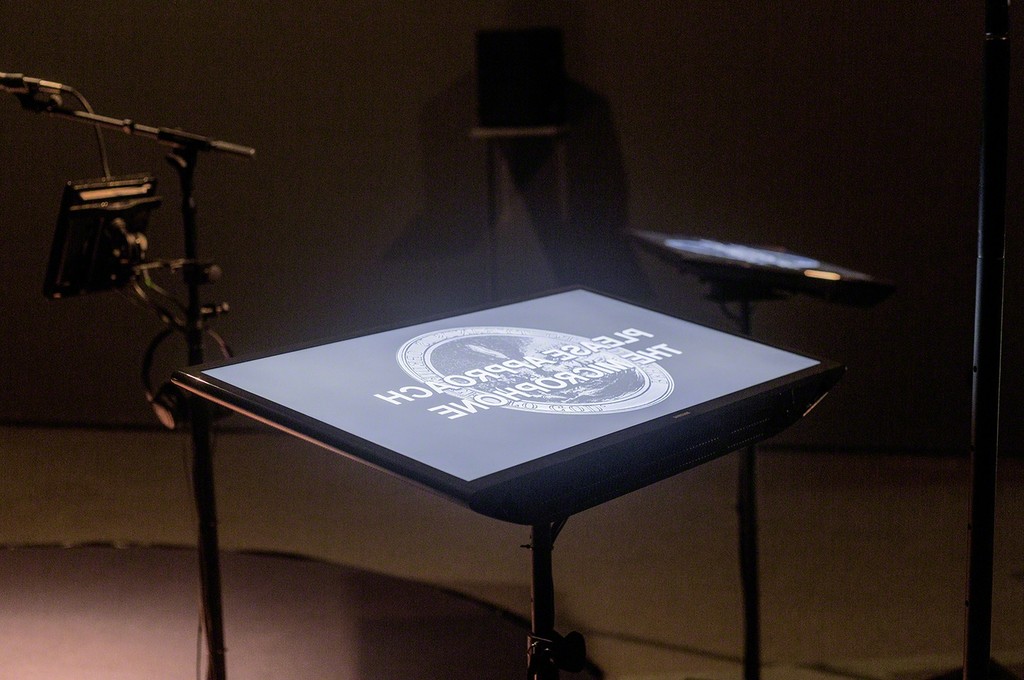 The CCA presents “The Great Seal,” a solo exhibition by Tali Keren. In it, Keren invites viewers to step into the shoes of the headline speakers at the annual summit of Christians United for Israel (CUFI). In the United States, there are between 40 to 60 million Zionist Christians, who believe that redemption is contingent on the realization of a Jewish Greater Israel between the Mediterranean Sea and the Jordan River.

Keren offers a glimpse into this world through an installation simulating a rostrum complete with a “presidential teleprompter,” wherein participants are invited to read out the speeches of Israeli and American politicians and clergymen who participated in the event. The result is a work that intentionally blurs the lines between viewers and participants and examines the mechanisms of eliciting religious and political ecstasy. By giving the floor to the exhibition’s visitors, Keren continues her ongoing investigation of the relations between art, propaganda, religion, and politics, which have intensified following the worldwide rise of the religious right and the abuse of the media for disseminating fake news and “alternative facts.”

Rev. John Hagee founded Christians United for Israel in 2005. The organization’s base includes millions of evangelical Christians who consider Jewish rule over Greater Israel a precondition for Christ’s second coming. Thousands attend the organization’s annual conferences, the list of speakers of which include Republican politicians, Israeli MKs, and CUFI senior leaders and pastors.

Tali Keren (b. 1982, Jerusalem) uses various techniques and media to explore political phenomena in Israel and the USA and delve into their psychological, historical and visual complexity. She graduated from Bezalel Academy of Art and Design, Jerusalem (2006) and earned an MFA from Columbia University, New York (2016). Her work was shown in museums and art spaces in Israel, Europe, and the USA, among others, at the Jewish Museum, New York; Kunsthal Charlottenborg, Copenhagen; the Israeli Center for Digital Art, Holon; Herzliya Museum of Contemporary Art; and Hansen House, Jerusalem.