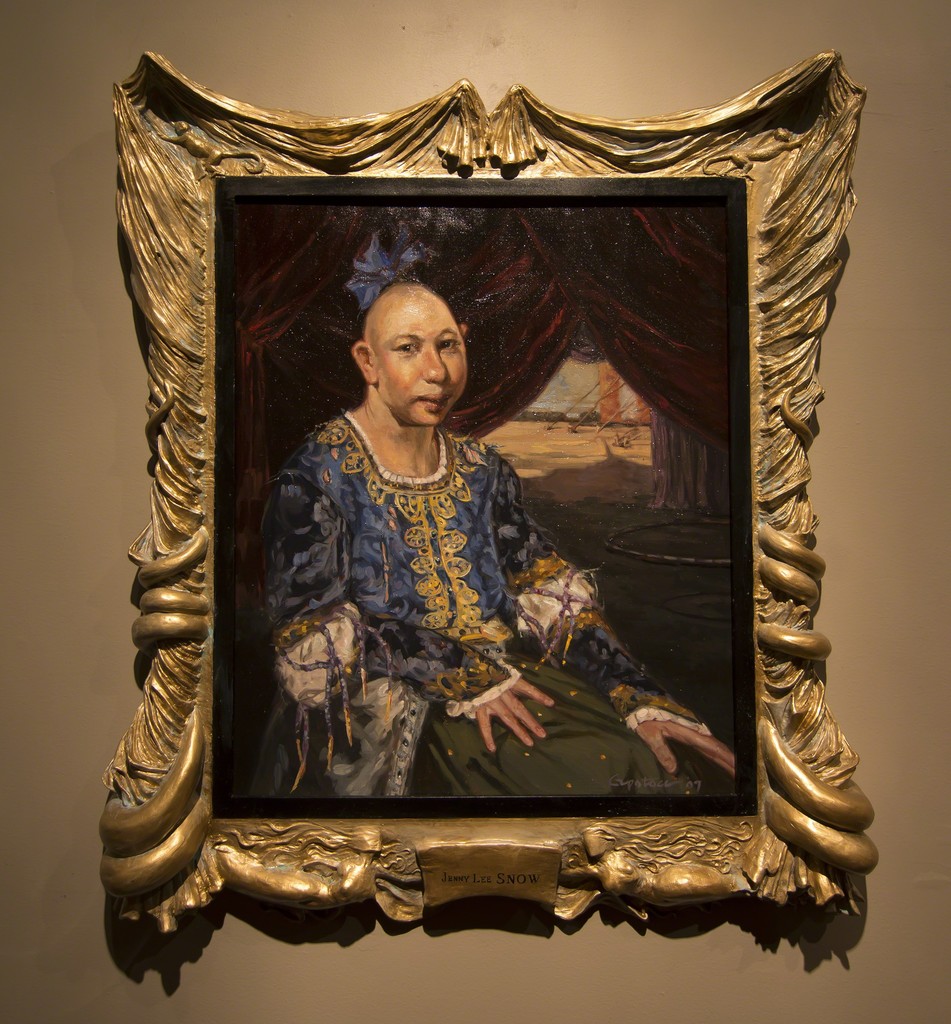 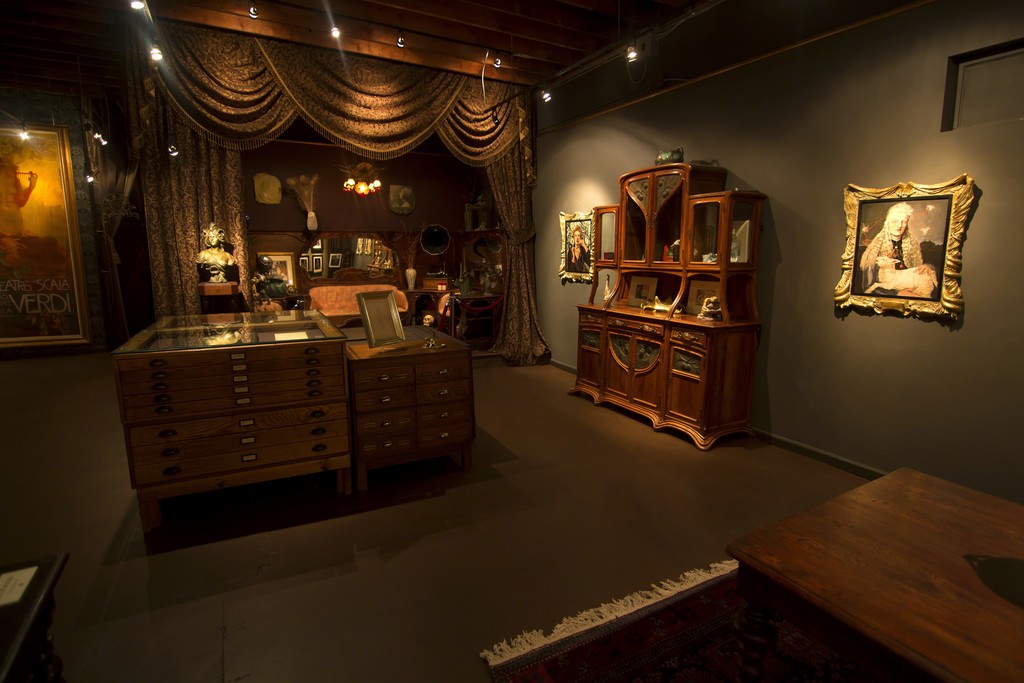 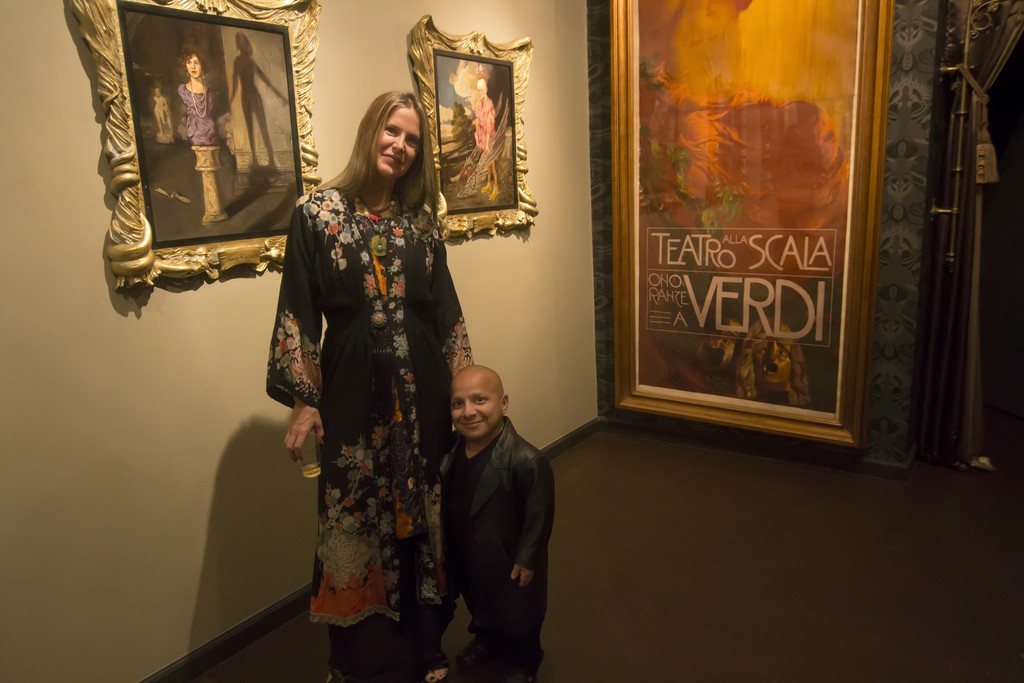 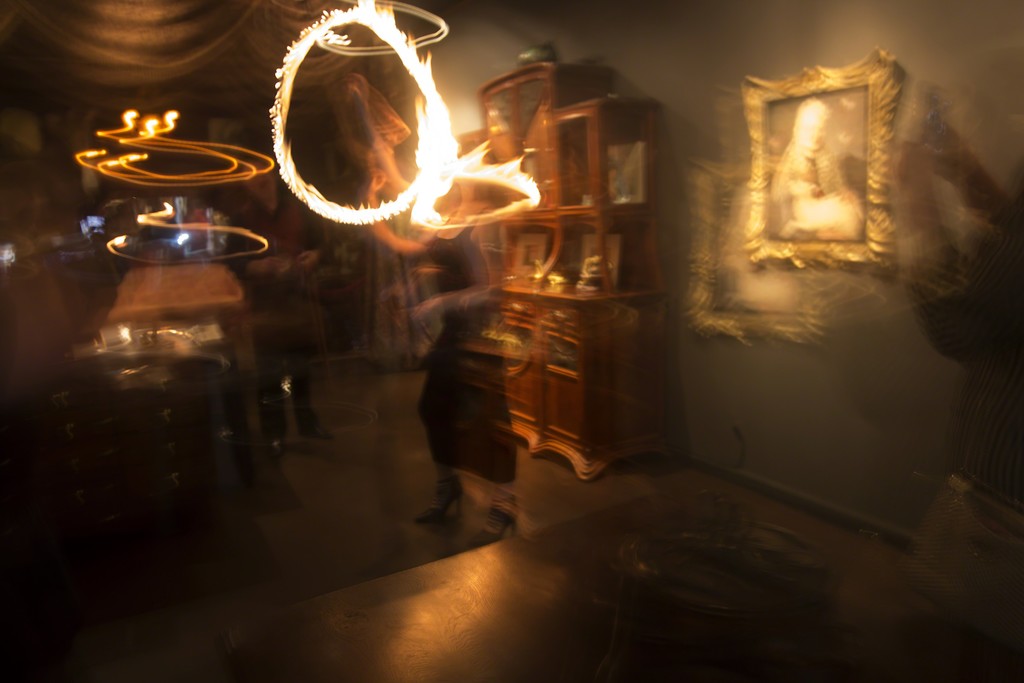 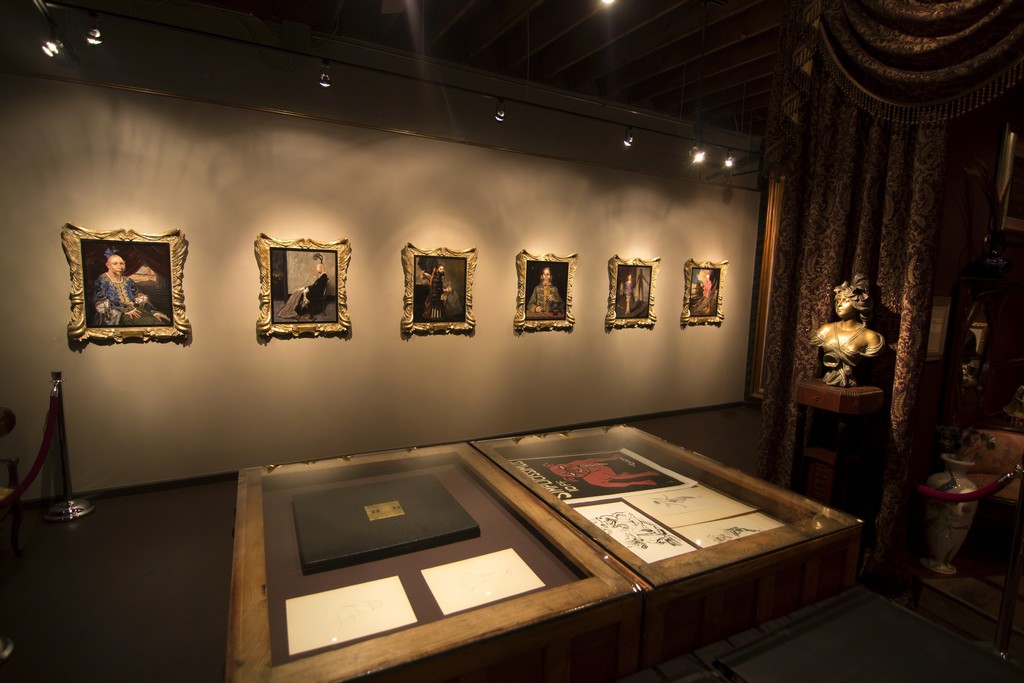 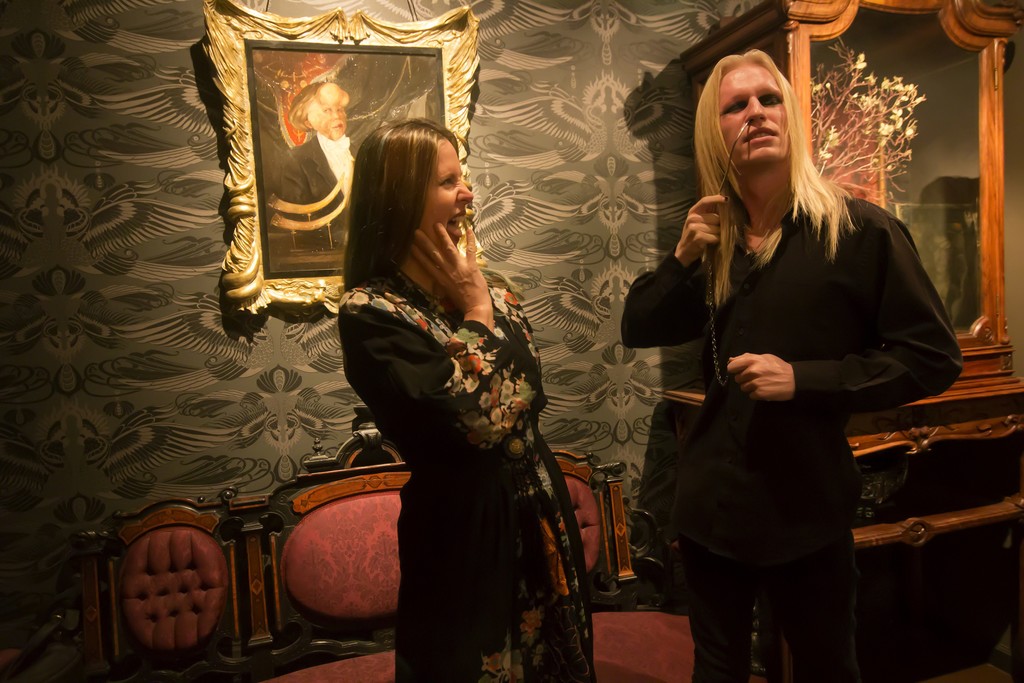 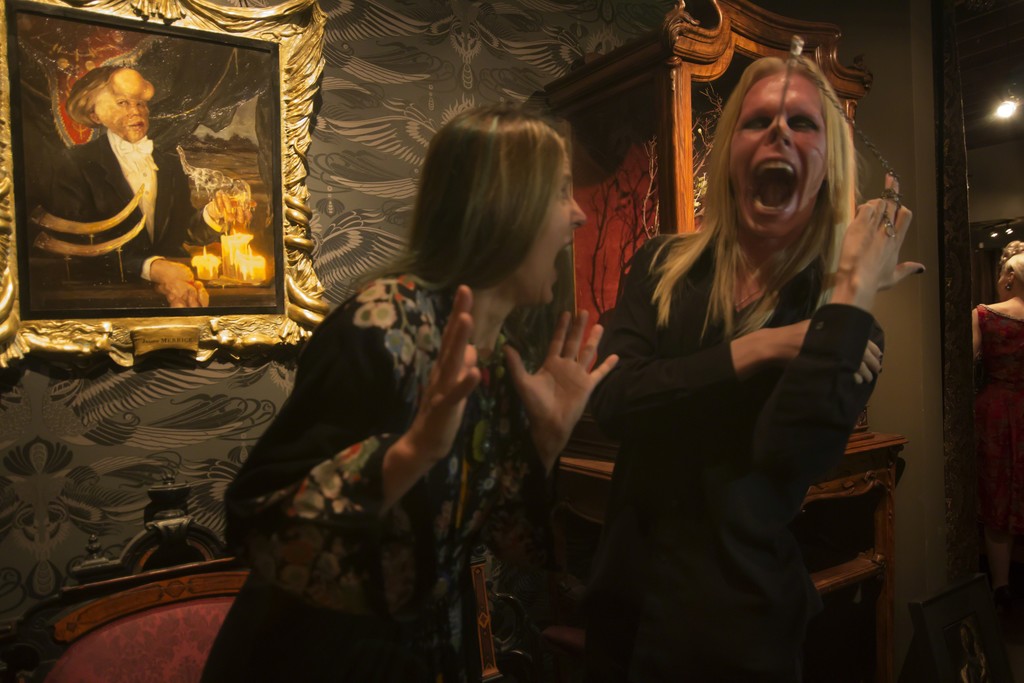 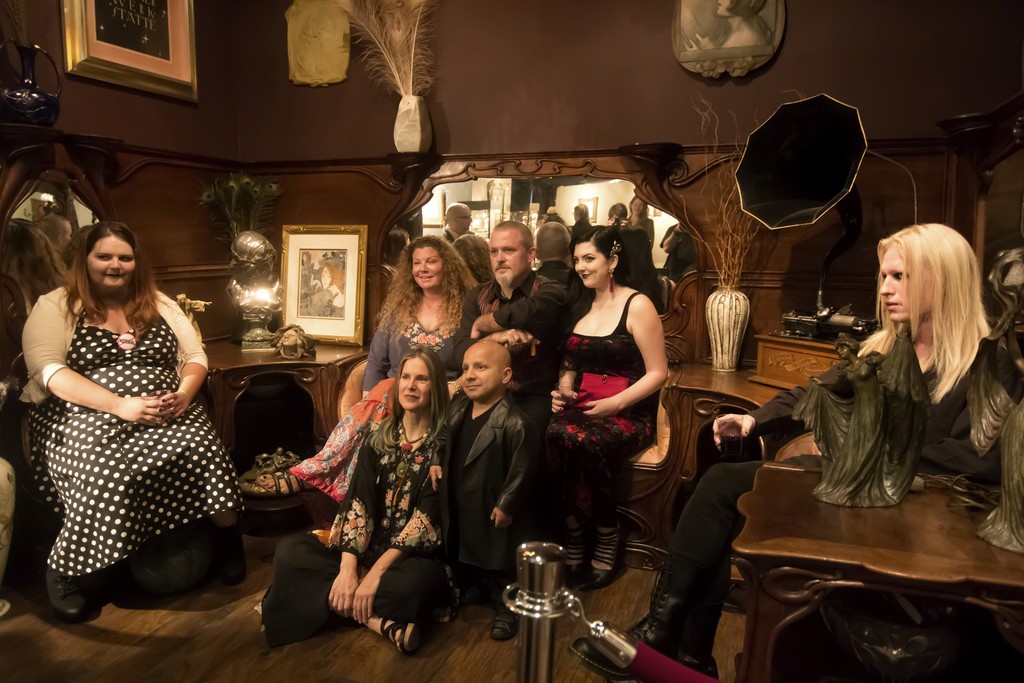 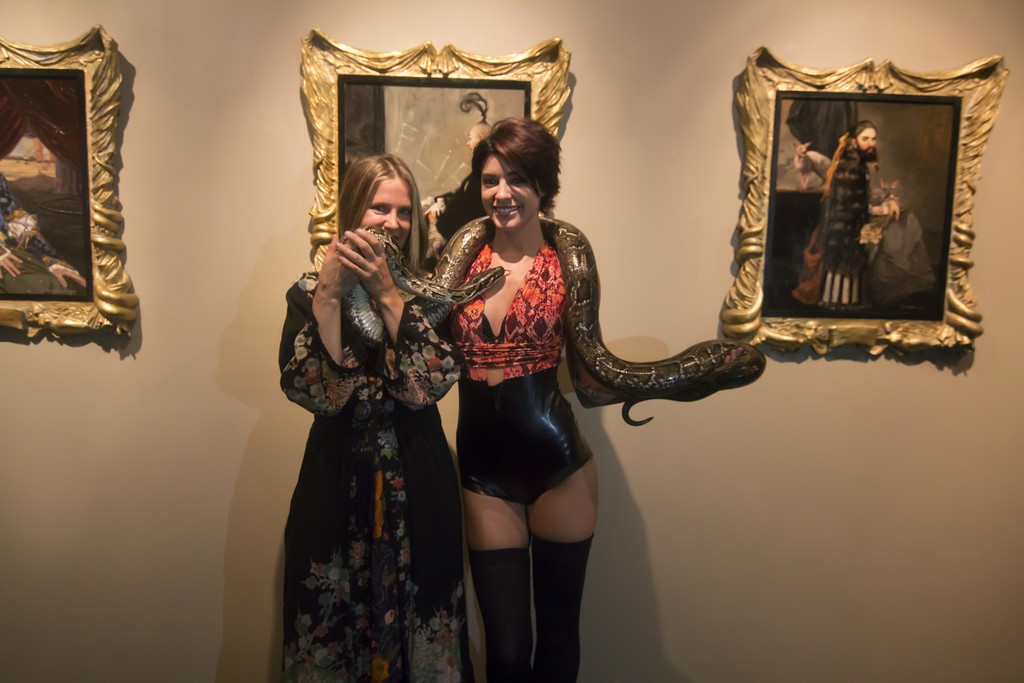 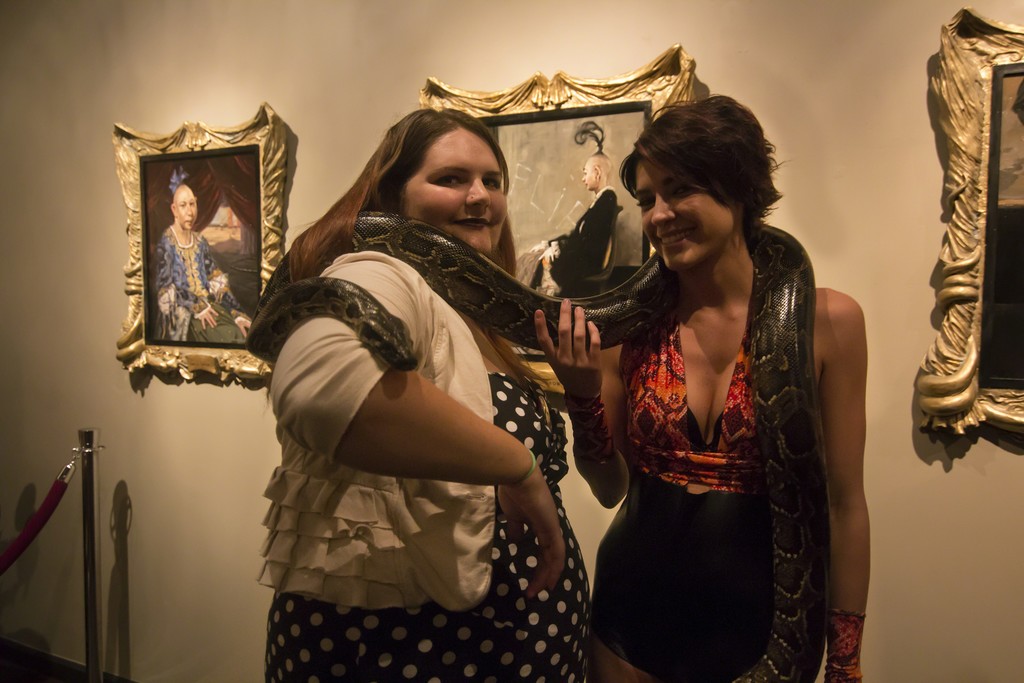 In 2008, painter Gail Potocki began putting her brush to canvas to share her personal perspective on a group of individuals prominent in the late 19th and early 20th century, known colloquially to the public as “Freaks.” This body of work— her third major solo exhibition, seven years in the making— will be unveiled this September 26th at Century Guild in Los Angeles.

The unique physical presences of sideshow performers had enchanted Potocki since she was a young girl, and as she grew older she learned how rich and varied their personal stories were in contrast to the frozen black and white photographs by which we commemorate them.

“We are told that the circuses were an exploitative environment for these ‘sideshow freaks’,” Potocki explains, “but another important aspect to consider is that this was a kingdom where they were royalty- they were compensated, celebrated, fed, and constantly paid attention to. Plus, this was a community where they could find the family structure that many of them didn’t have in the outside world. Most of the performers found themselves ‘liberated’ into lives where they ended up anonymous and destitute. My mission with these paintings is to restore dignity to each of the performers by presenting the characters that they portrayed as vibrant, romantic, and human. These aren’t novelty carte-de-visites, these are their Royal Portraits.”

Using period photography as a starting point, Potocki imagined that the performers visited her studio and rummaged through the props and costumes in the same way her contemporary models do, in this case using their selections to introduce visual elements as clues and keys to unlocking the complications of their emotional identities and, in most cases, tragic endings.

In one example, the innocence of young Fedor Jeftichew is completely entangled in the all-encompassing, manufactured persona of “Jo-Jo, the Dog-faced Boy.” A sideshow performer from the age of three years old, Fedor’s father— also a sideshow performer— drank himself to death when the boy was five. Fedor was brought to America at age sixteen by P. T. Barnum and instructed to growl and bark like an animal at attendees. In Potocki’s painting, the name carved into the young boy’s school desk is his public one, and the toy that he chooses to play with illustrates his identity as being completely entwined with the branding imposed upon him. Fedor spent his entire life in the sideshows and died on tour in 1904 at thirty-six years old, with no heirs.

John Merrick (known to audiences as “The Elephant Man”), Annie Jones (“The Bearded Lady”), and stars of Tod Browning’s 1932 Freaks film— the conjoined twin Hilton Sisters, Minnie Woolsey (“Koo Koo the Bird Girl”), and Jenny Lee Snow (“Pip the Pinhead”)— are some of the additional portraits in the exhibition.

GAIL POTOCKI: FREAKS opens with a reception from 7-10pm on September 26, 2015 at Century Guild, 6150 Washington Blvd., Culver City, CA 90232. Exhibition runs Thursdays through Saturdays from noon-8pm through October 11. For further information or press photos contact the gallery at 1-800-610-CENTURY or [email protected].