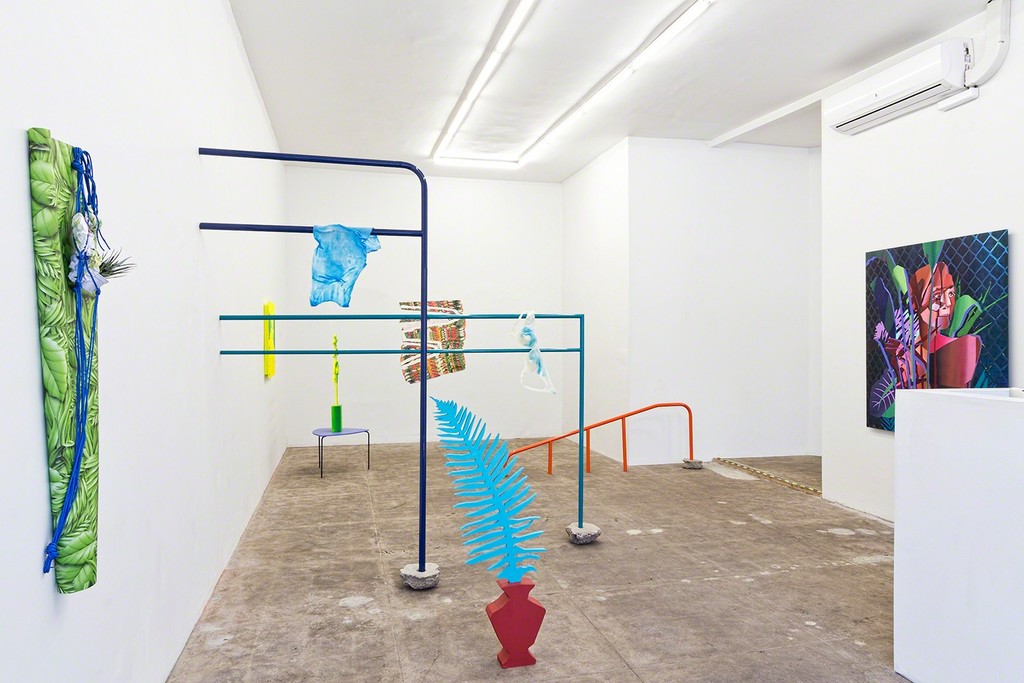 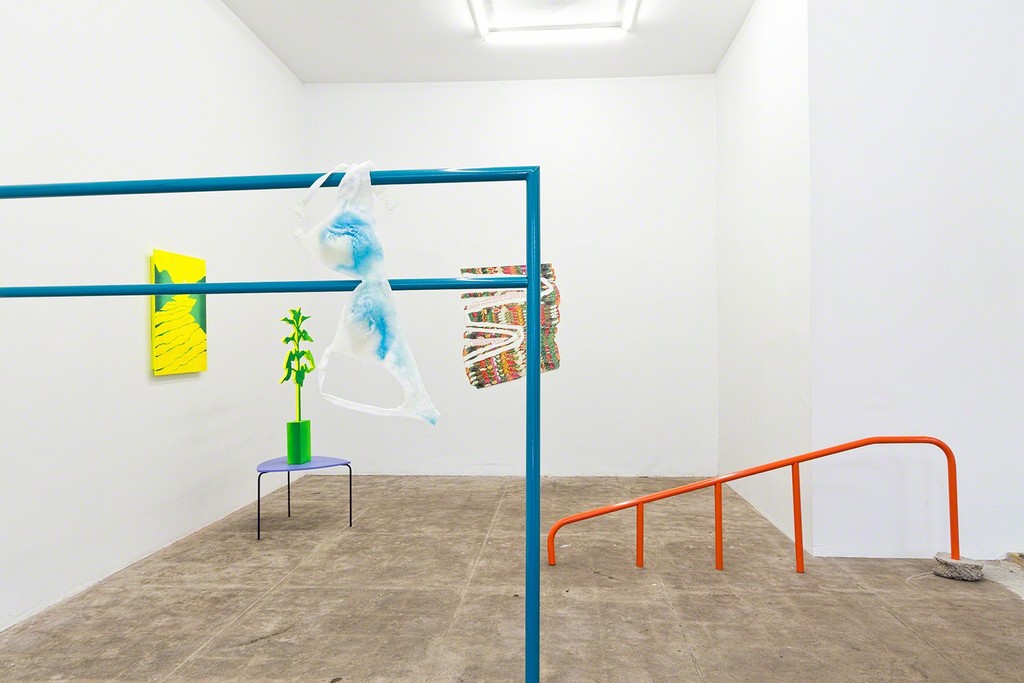 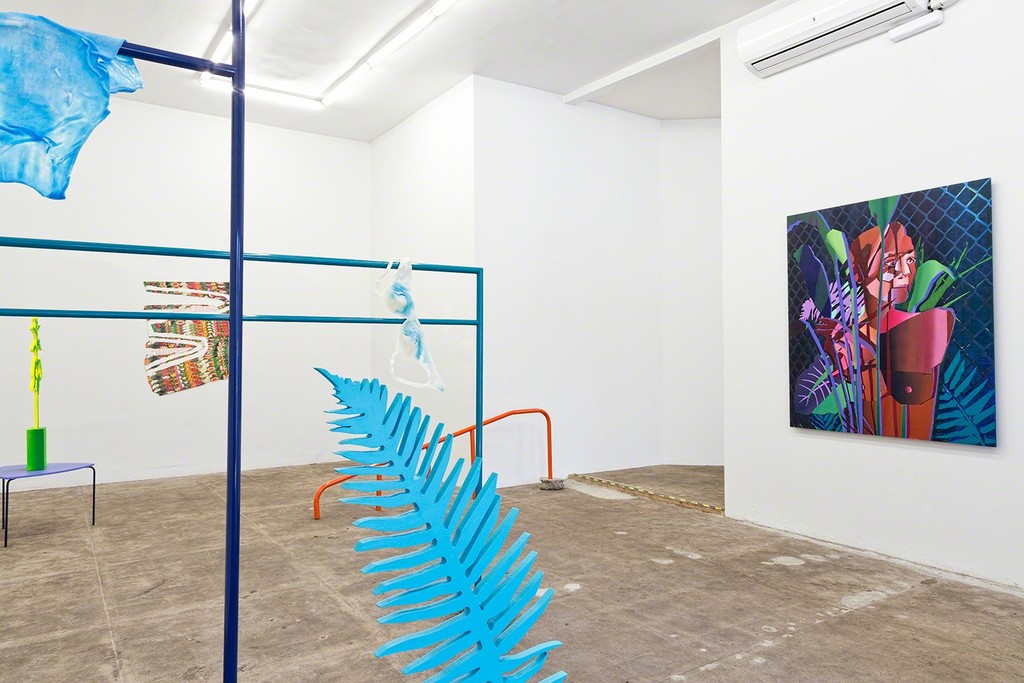 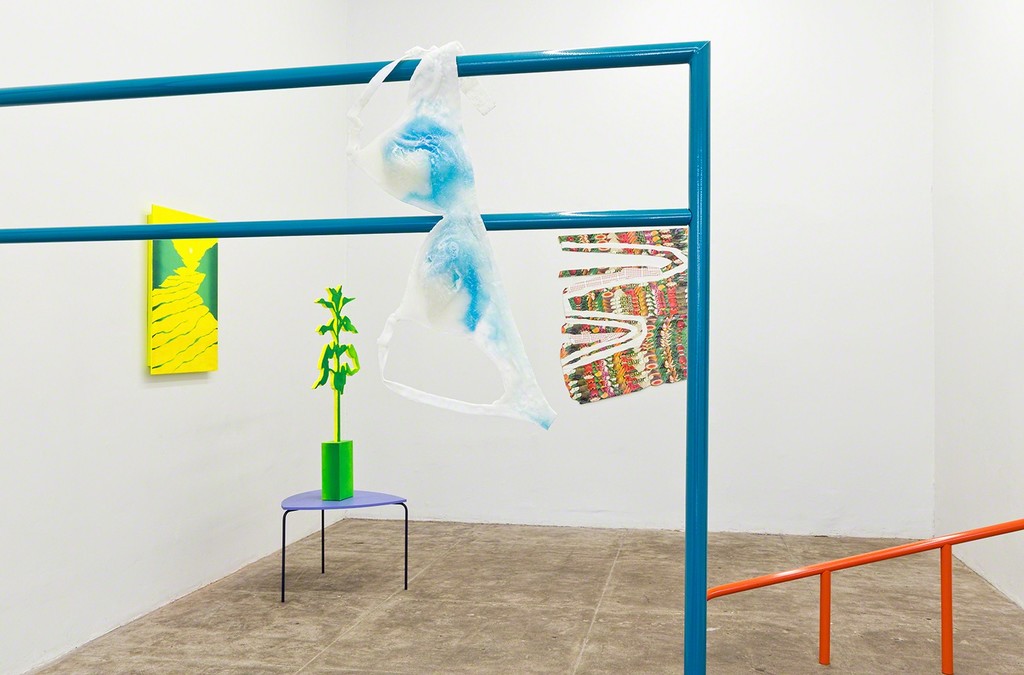 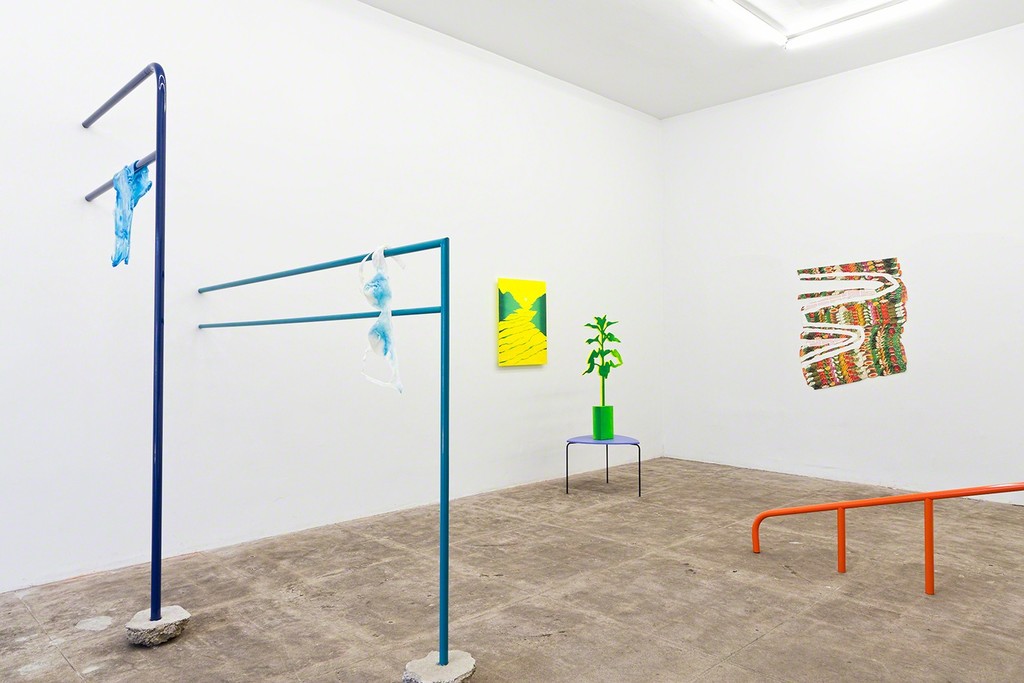 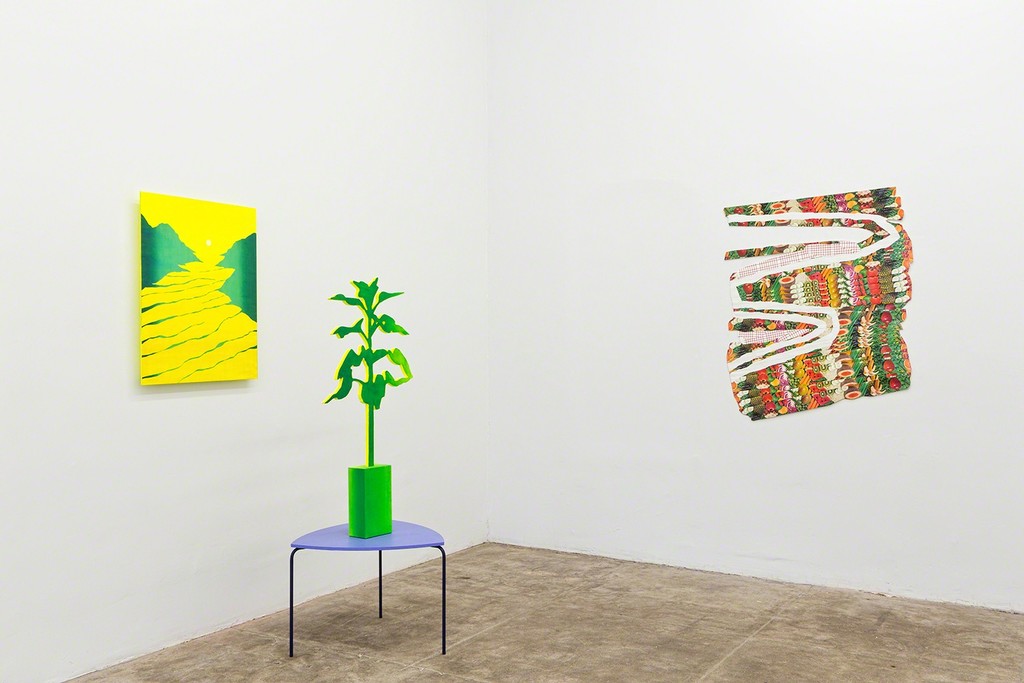 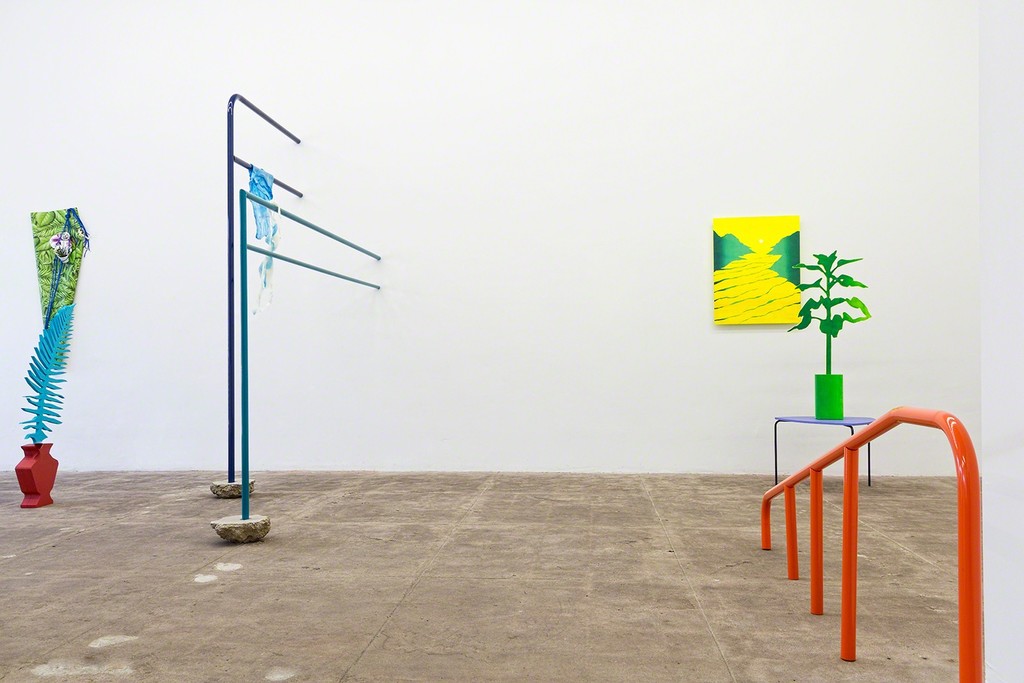 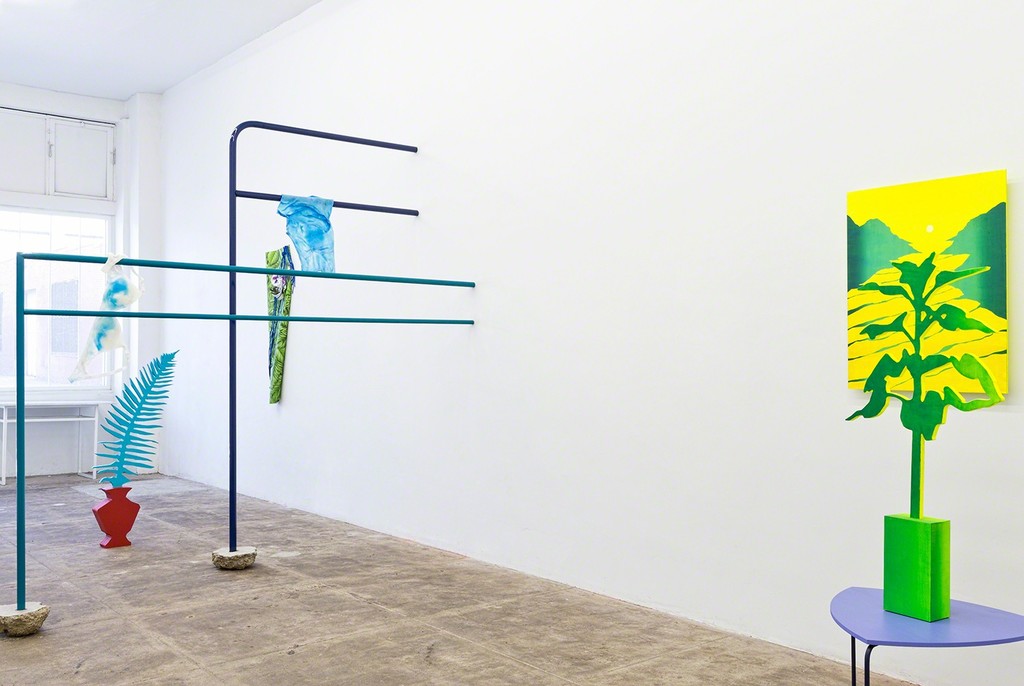 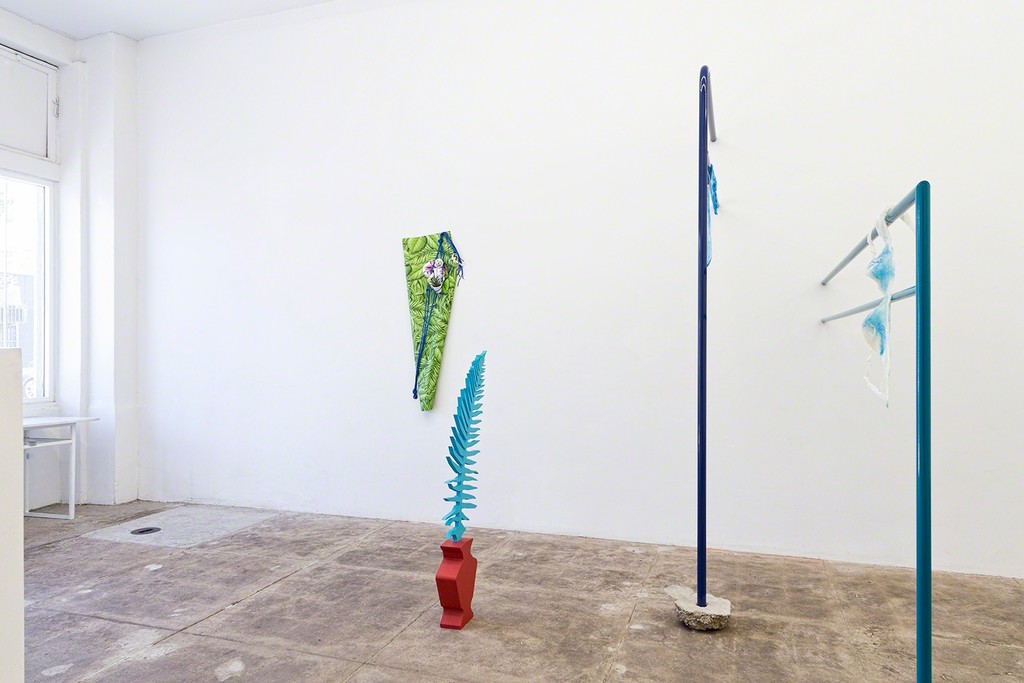 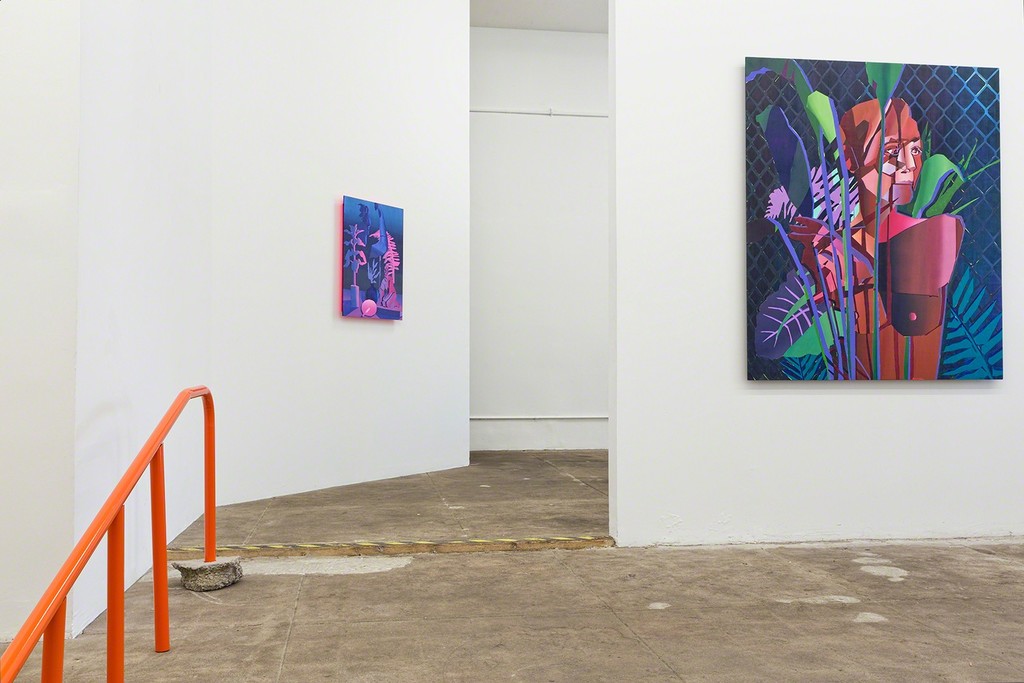 CES Gallery is pleased to present Bright Resolutions, a group exhibition featuring works by Tanya Brodsky, Jonathan Chapline, and Megan Stroech. Our senses are saturated, near collapse, overloaded. Endless media consumption is more exhausting than liberating, but if you lower your screen brightness your battery can last longer. Resolution is the act of breaking down complexity into constitutive parts, as in infinite Rs, Gs, and Bs, but to have resolve is to be determined and resolving is diplomatic. We like hi-res, which we associate with the professional, the incorporated, authenticity, truth, but we feed on and stream with lower resolutions, the type that clogged digital arteries can handle, fuzzy copies of copies. Through down-rezzed re-production new entities are formed, abstracted from originals; new contexts created, meanings recoded, resolutions shifted.

Megan Stroech’s intuitively assembled reliefs take stock of their own resolutions with each pixel of dollar store or discarded treasure. The cost-effective materials retain commodity status while becoming jocular totems. Hand-brushed faux 3D modeling makes everything in Jonathan Chapline’s paintings a prop or a backdrop. Each scene looks as if its parts have been pixilated and rendered smooth on auto-loop, the remaining shapes melodramatically lit. Tanya Brodsky’s sculptures have been exhumed from remembered public space, singular elements from larger systems used to redirect social interactions. Fences, banisters, railings, blockades, and bars: markers of place, displaced, chunks of concrete anchoring each one to its original context: conflict resolution.

During politically tumultuous times, when aesthetic and linguistic forms are casually reassembled to affect public influence, the value of dissecting these amalgamations and their resolutions increases. 2016 is over now; we have Bright Resolutions for the future.