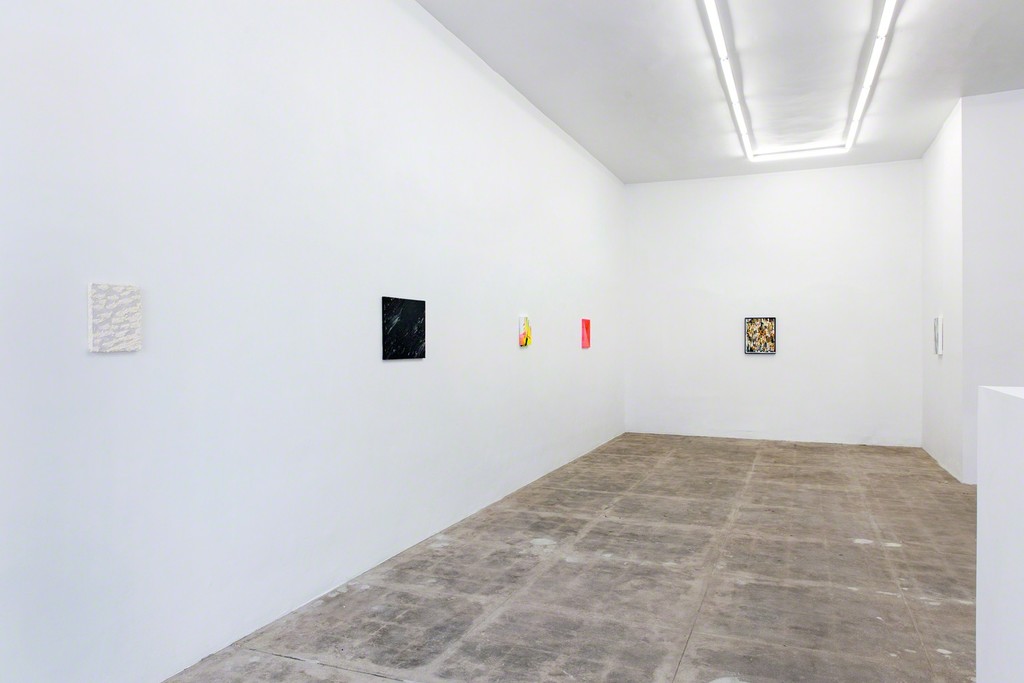 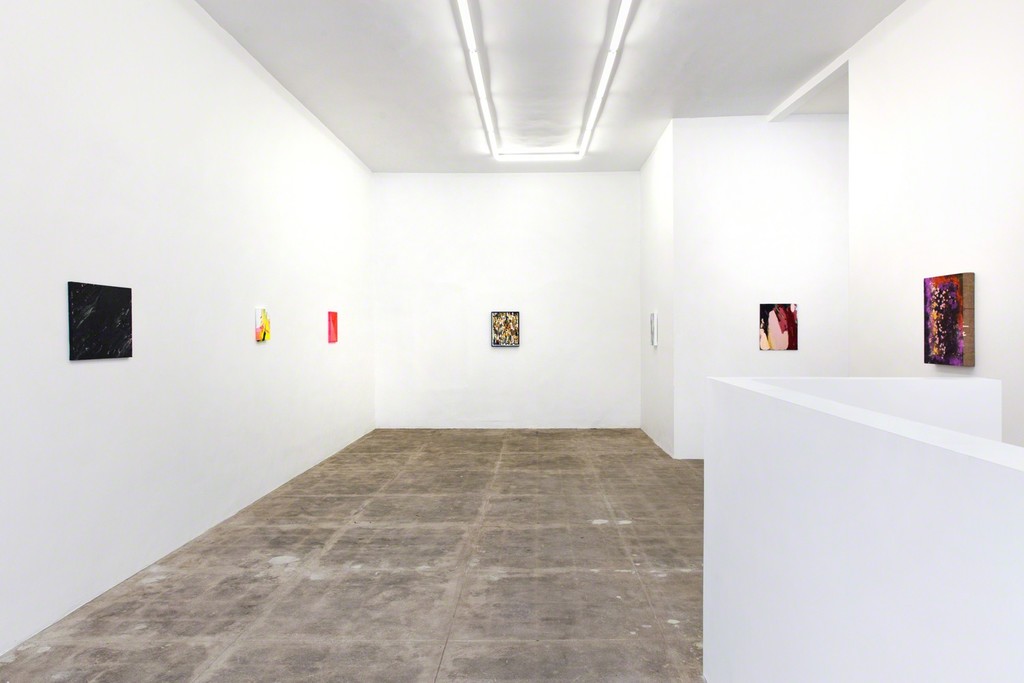 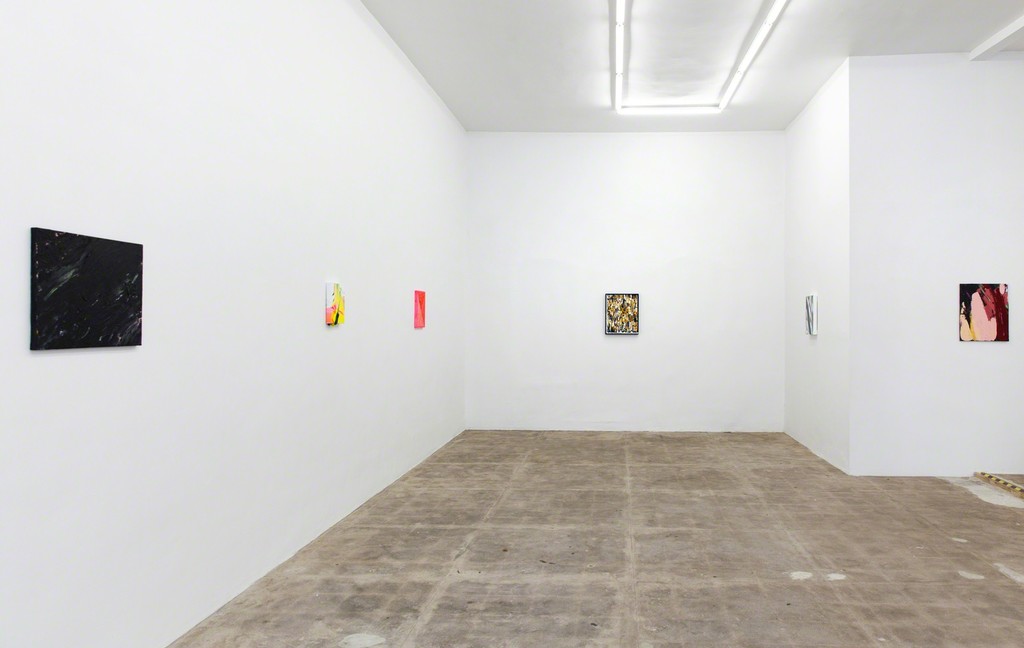 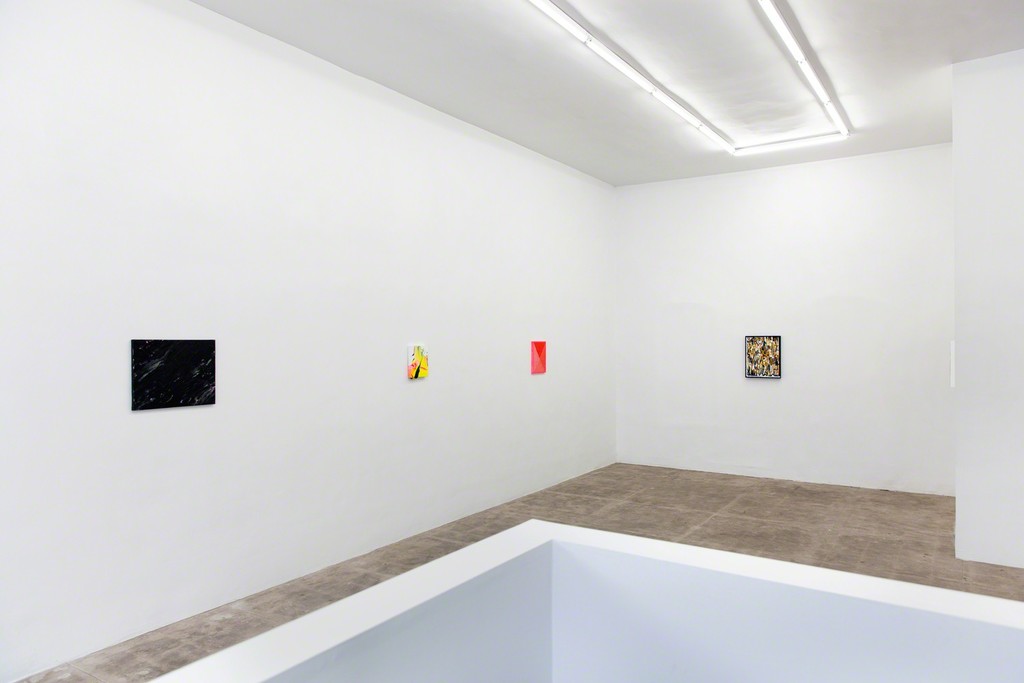 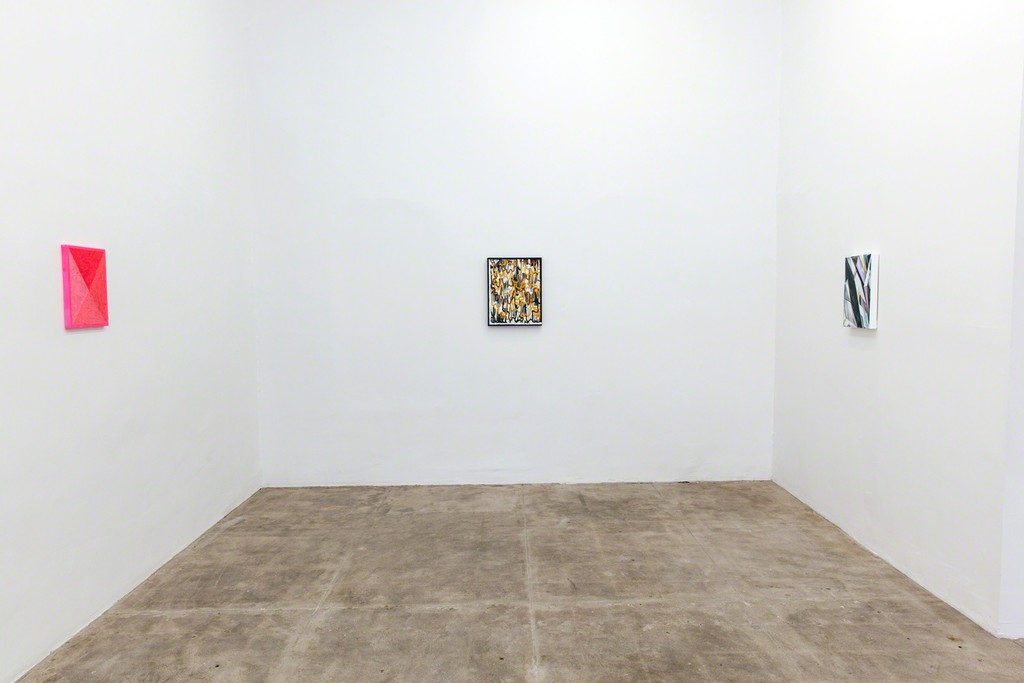 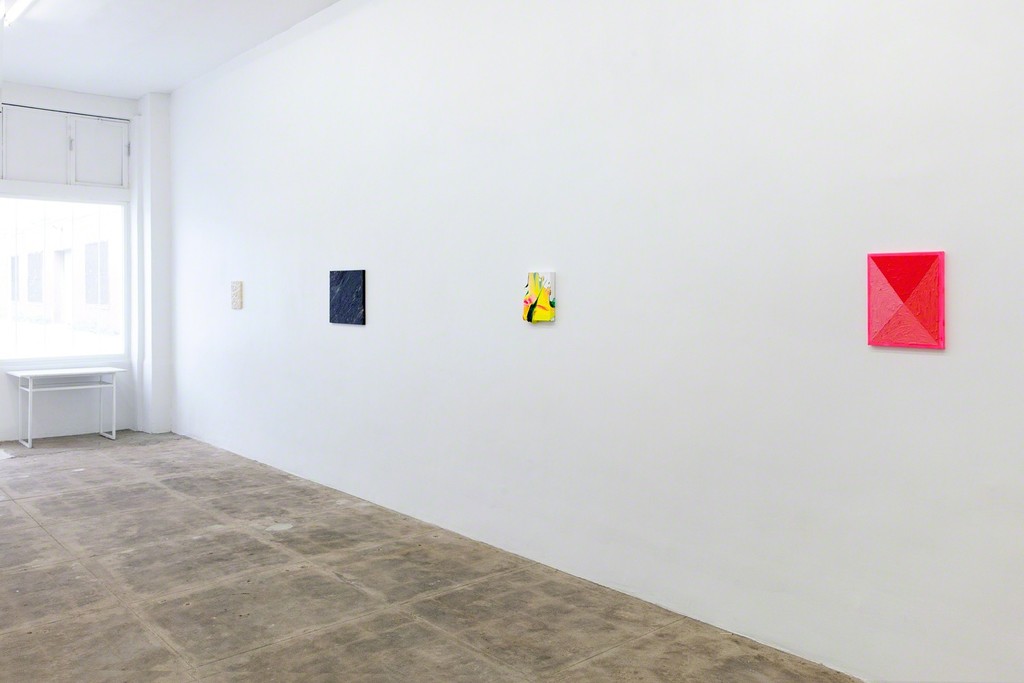 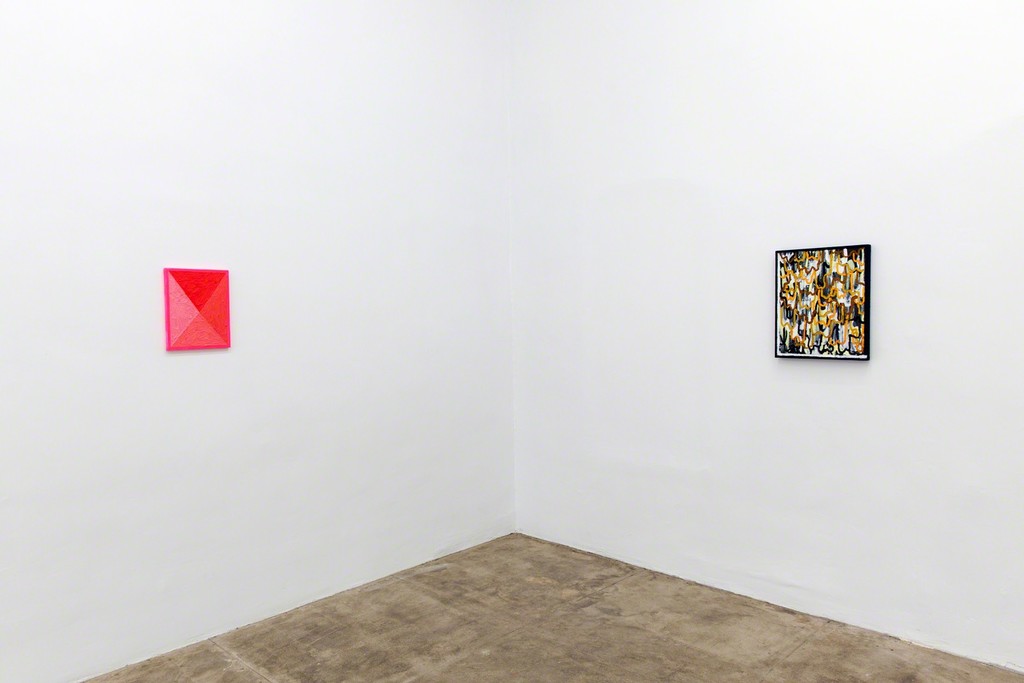 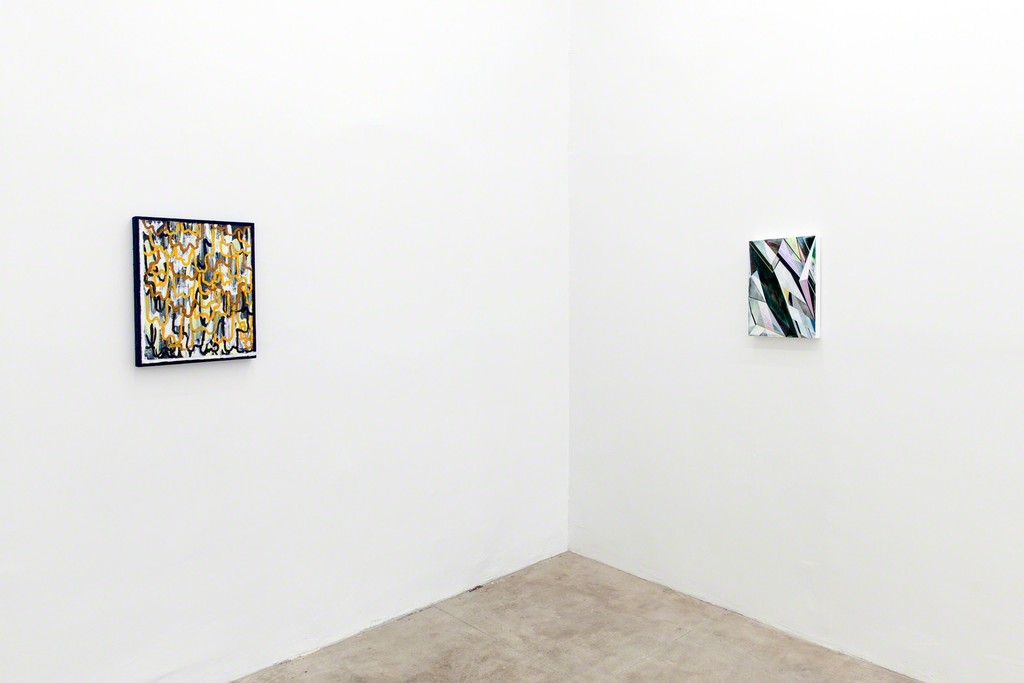 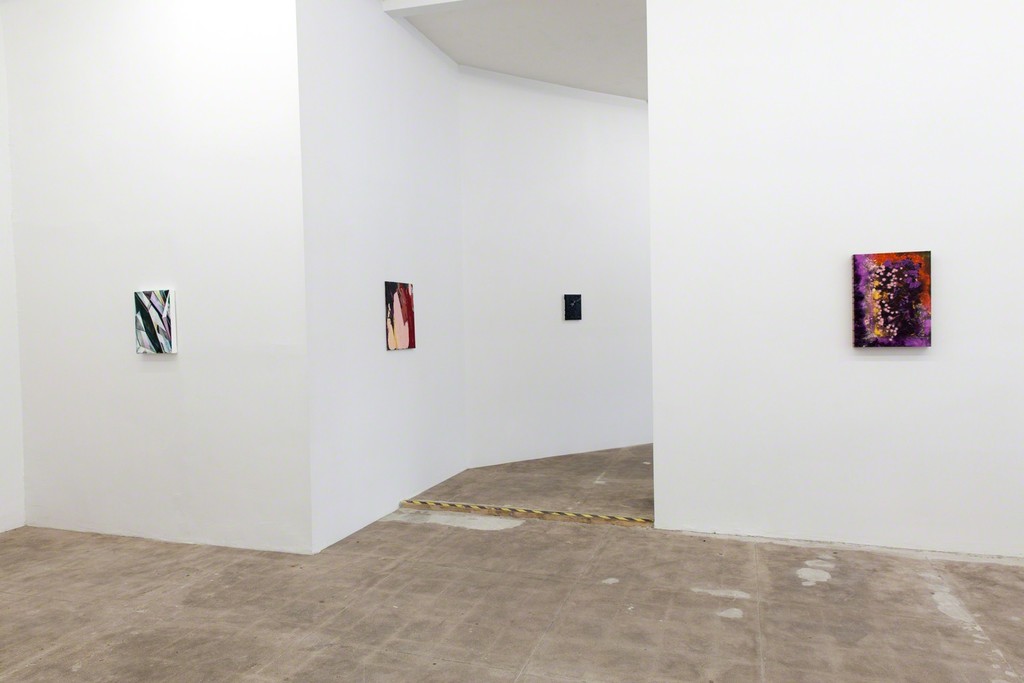 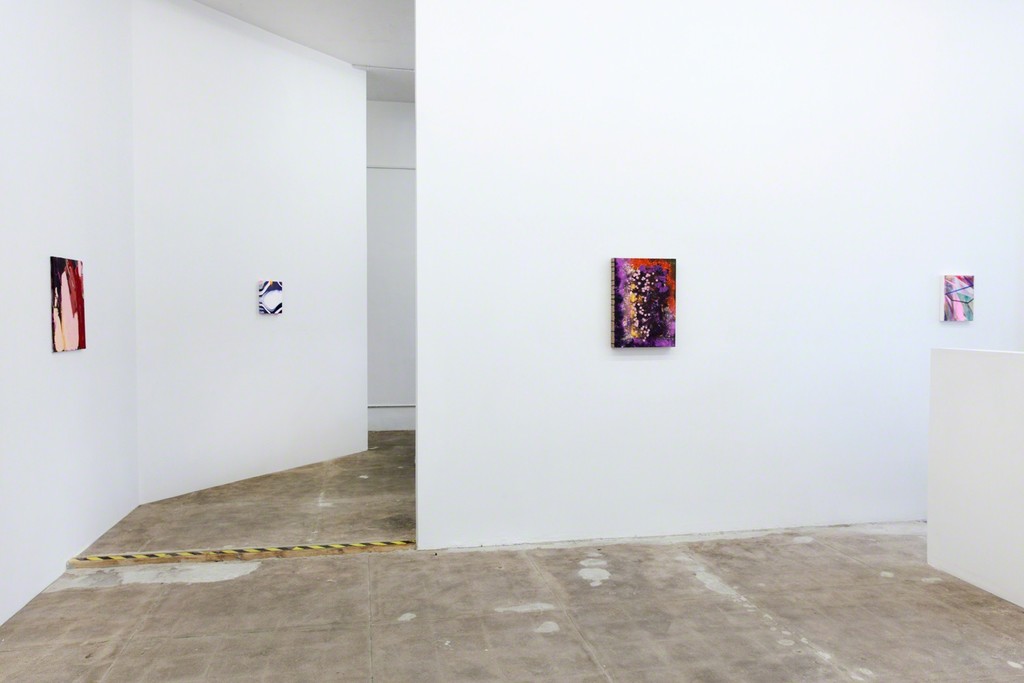 When making small works, artists are challenged to convey more complex visual messages than what would be achieved on a much larger scale. Small works are not studies, but rather a look into the restrictive process of decision making on a conscientious scale, resulting in poignant, meaningful gestures. Where large paintings tend to make immersive or dominating statements sometimes as large as an entire viewers’ body; the works in the show demand closeness, creating an intimate relationship between the viewer and the painting. The same intimacy that is presented to viewers also takes place between the artist and the work, and the painting itself becomes a translation of that bonding process.
Though diverse, all of the works are a declaration about the materiality and substance of paint itself, focusing on abstraction as a visceral and neutral subject. The works range in technique, from pouring, to translucent washes, to concise brush strokes to drawn out smears. The color palette throughout most of the work is bold and unyielding, sometimes screaming. Other works are solid in their convictions, using heavy impasto and laid geometry on neutral fields. Still others appear wet with shiny, tempting surfaces. As a group, the works become emblematic gems of not only practice, but of altruism.