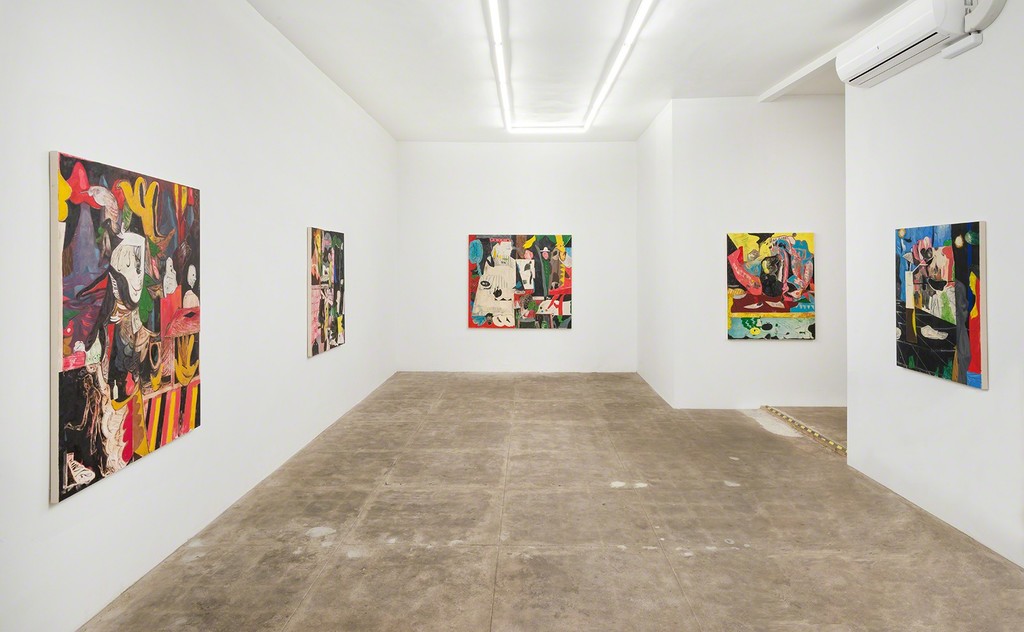 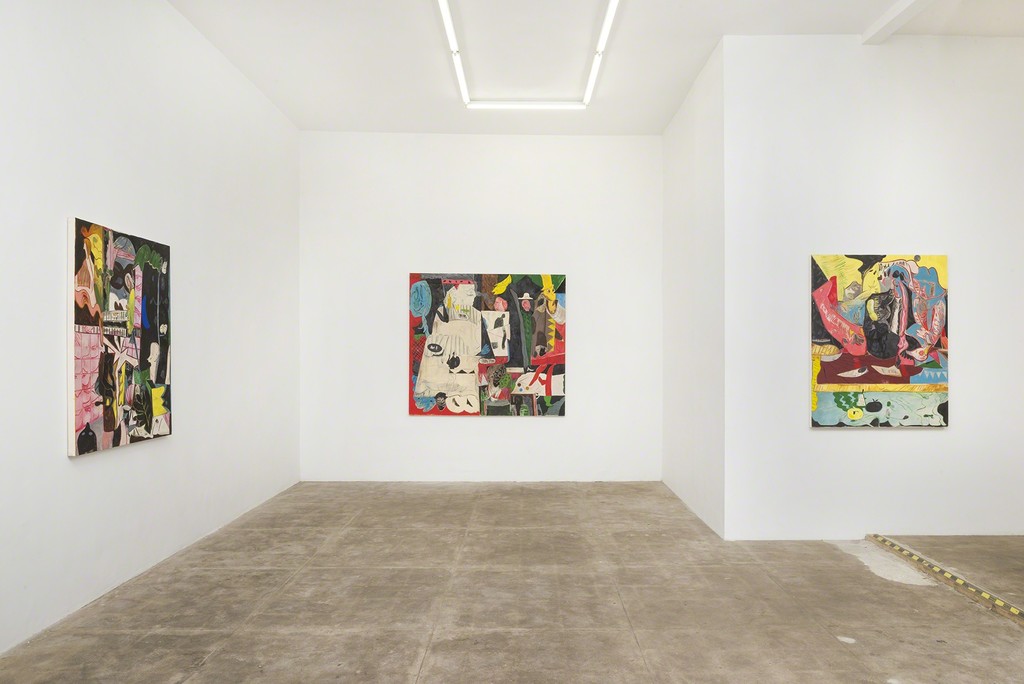 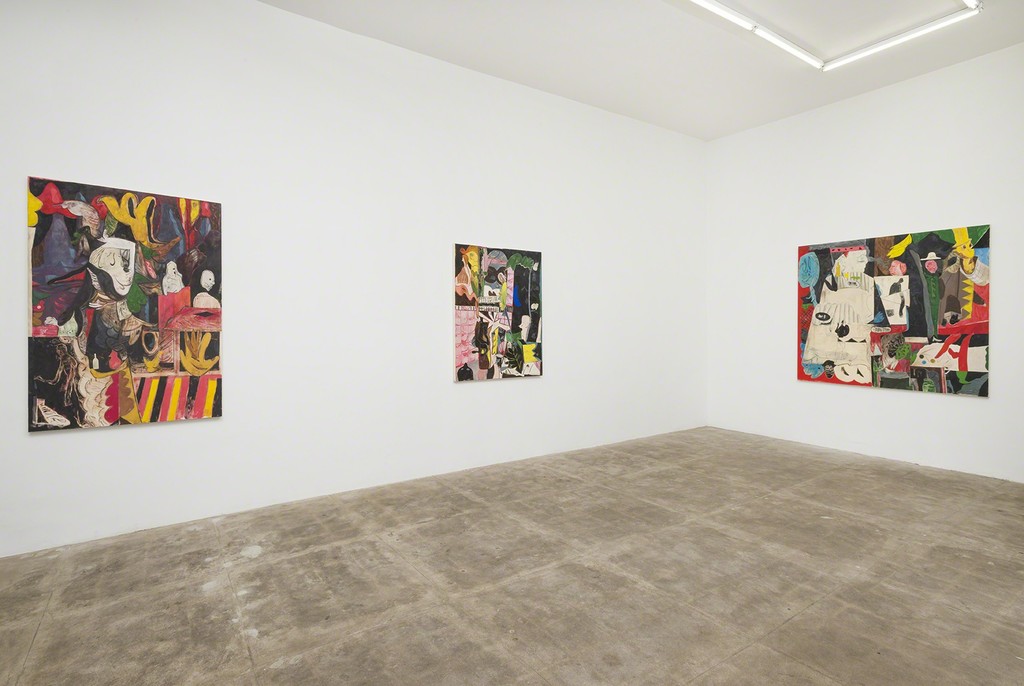 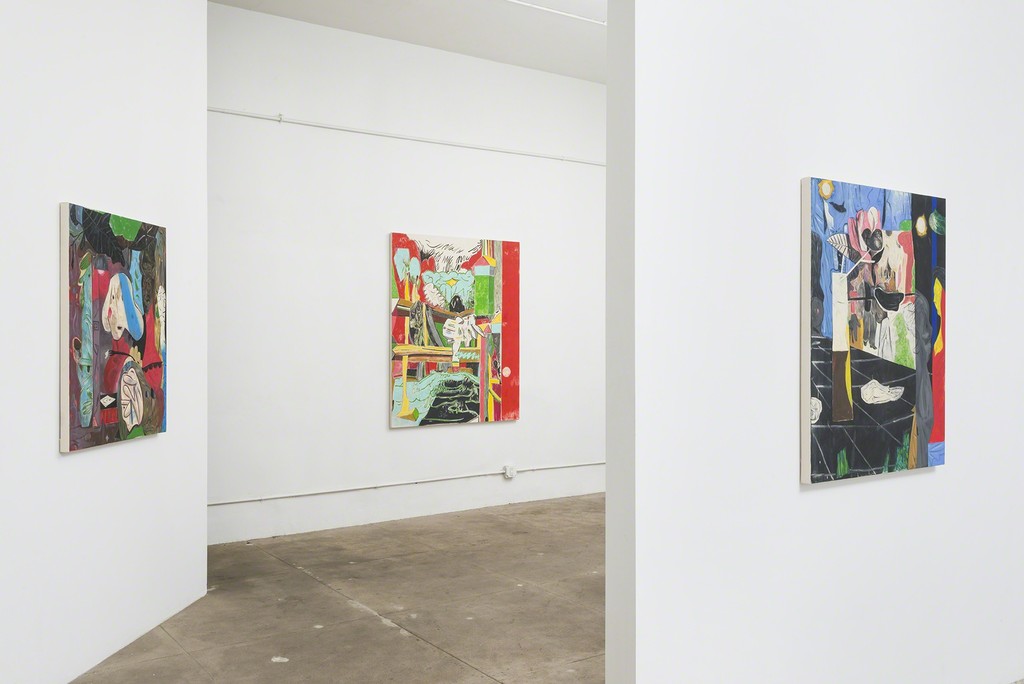 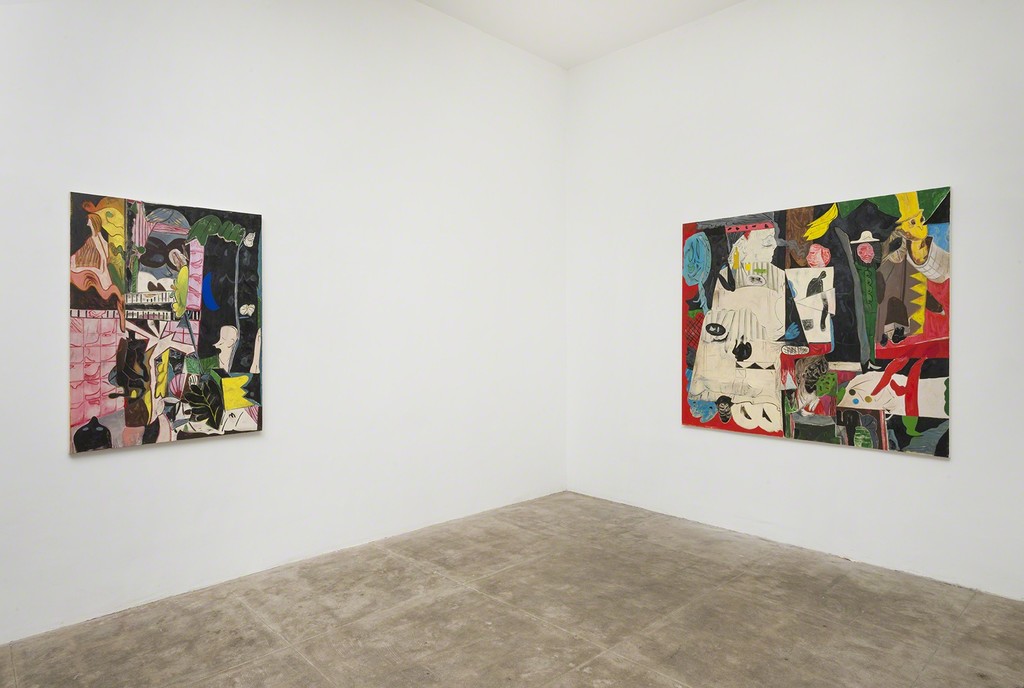 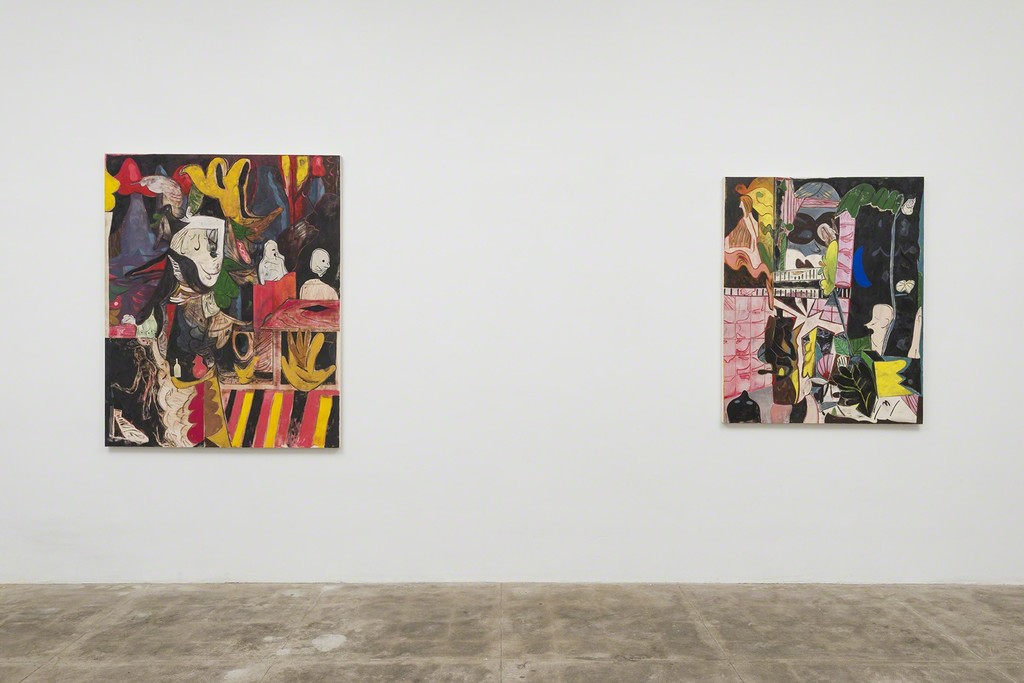 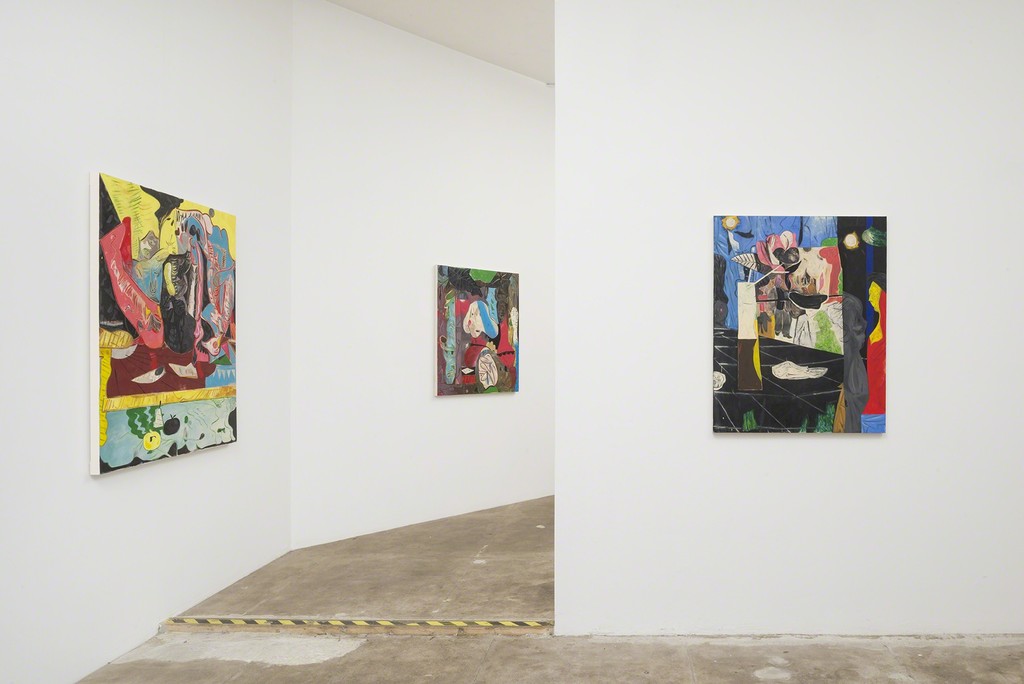 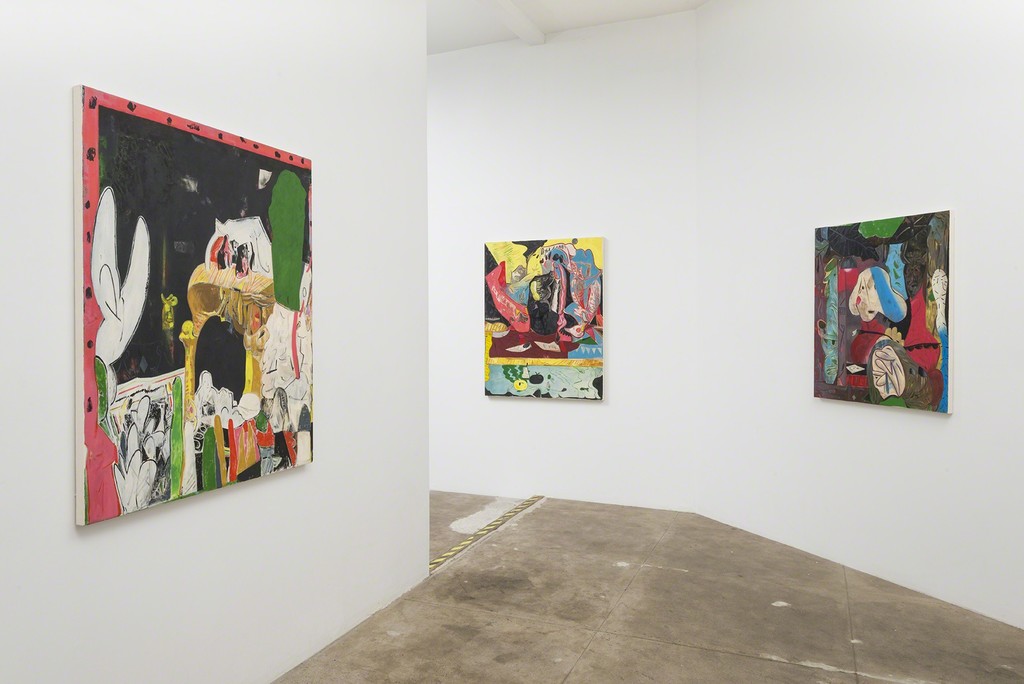 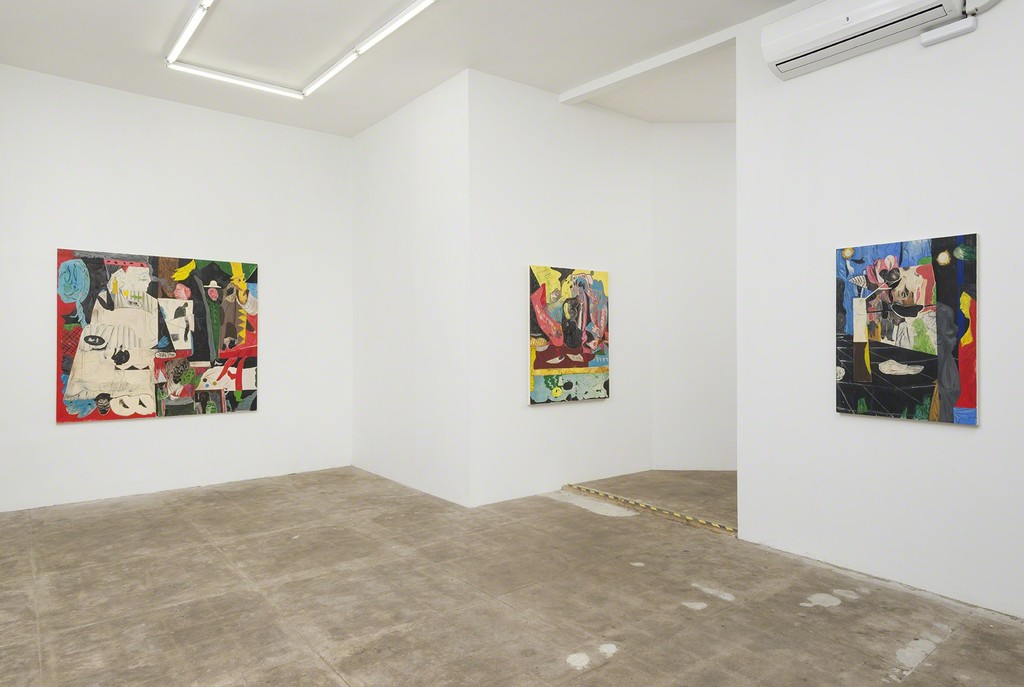 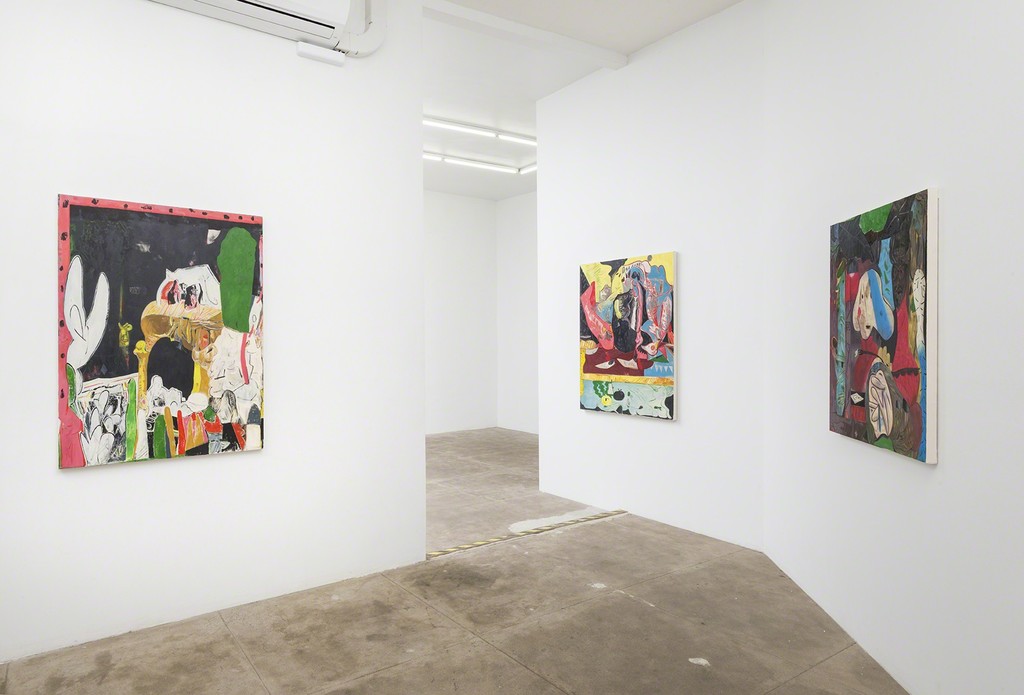 CES Gallery is pleased to present Supper Club, Scott Anderson’s first solo exhibition with the gallery. Anderson’s process-based paintings search for balances between romanticism and skepticism, history and the contemporary, abstraction and figuration, and the recognizable and the subconscious. Anderson’s guttural desire to paint combines with his self-aware gestures and dream-logic narratives to produce work that is color zealous, figuratively ambiguous, and politically surreal - his paintings have appropriately been described by writer David Pagel as “dystopian abstraction.”

Anderson begins with a pre-existing image, sometimes using his own photography as a distancing mechanism to frame a pre-existing situation. The image becomes a drawing, the drawing remade many times. This pre-painting journey is a process of translation that allows Anderson to deftly navigate through image generation. A steady loss of control, of knowledge of the original image ensues as Anderson paints, scrapes, and draws into the surface, developing a collage-esque image by graphically manifesting zones of the final painting. The physical excavation and destruction eventually reach a stasis between the stability of form and composition and the instability of unrecognizable content.

For Supper Club, Anderson broaches the timely topic of food, a subject that has been readily explored from Dutch still life painting and its visualizations of wealth to post-modernist chunky mark-making as a stand-in for visceral desire. Anderson, however, tackles the contemporary concerns of social rituals like dinner parties, food policy discourse, popular culture, and personal memories of a hungry teenager suburban community. Beginning with these meal narrative situations, Anderson’s process captures the Dionysian experience of making a painting – painting and eating are consumption, a shuffling of matter, digestion, alchemical transformation, evacuation, regurgitation, re-eating, pleasure. The paintings refuse to present a recognizable whole story, but rather assemble an alternative, dystopian reality using the leftovers, the table scraps, the ort, and the refuse. The results are a melting pot of modernist painting vernacular that hinge on political satire, or as Anderson aptly declares in an especially luscious and complicated composition, it’s “Farm to Table Dinner Theater.”

Earthy reds, fleshy pinks, bile yellow, bowel brown, charcoal, and evergreen rub elbows and are scraped to reveal off-white canvas tooth, all tied together with drawn lines and graphic textures. Without ever leaning on the droopy side of paint, Anderson’s bold dry marks feel fluid, playful, and confident. There’s an earnestness at the Supper Club, the artist working through conceptual and painterly dilemmas, processing semi-recognizable portions like a bored tween mixing the flavored foams at a trendy, yet politically savvy molecular gastronomy joint.

Scott Anderson (b. 1973, Urbana, IL) received his BFA from Kansas State University, his MFA from the University of Illinois at Urbana-Champaign, and recently attended Skowhegan School of Painting and Sculpture. Anderson has participated in exhibitions at MCA Chicago, the Parrish Art Museum, The Warhol Museum, the Cranbrook Art Museum, and is in the permanent collection of the Nerman Museum of Contemporary Art. He has exhibited regularly with Kavi Gupta in Chicago. His work has been featured in numerous publications including: The Washington Post, The Los Angeles Times, Art Pulse, New American Paintings, Beautiful Decay, and Daily Serving. Anderson was the recipient of a Pollock-Krasner Foundation Grant and The William and Dorothy Yeck Award. Anderson currently lives and works in La Cienaga, NM and is an Assistant Professor of Painting and Drawing at University of New Mexico College of Fine Arts.