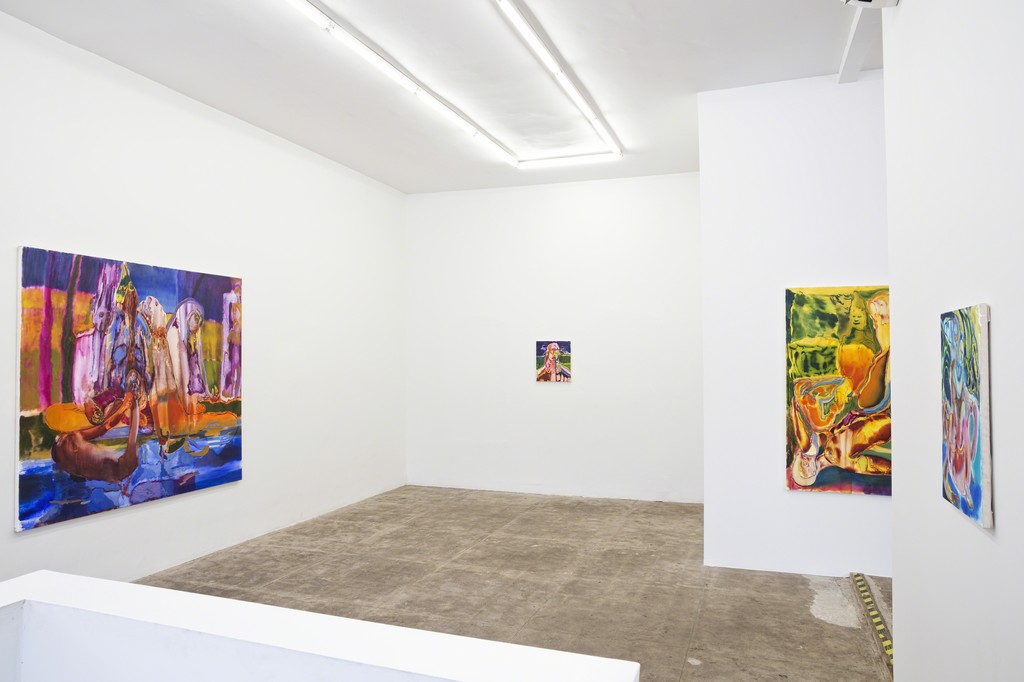 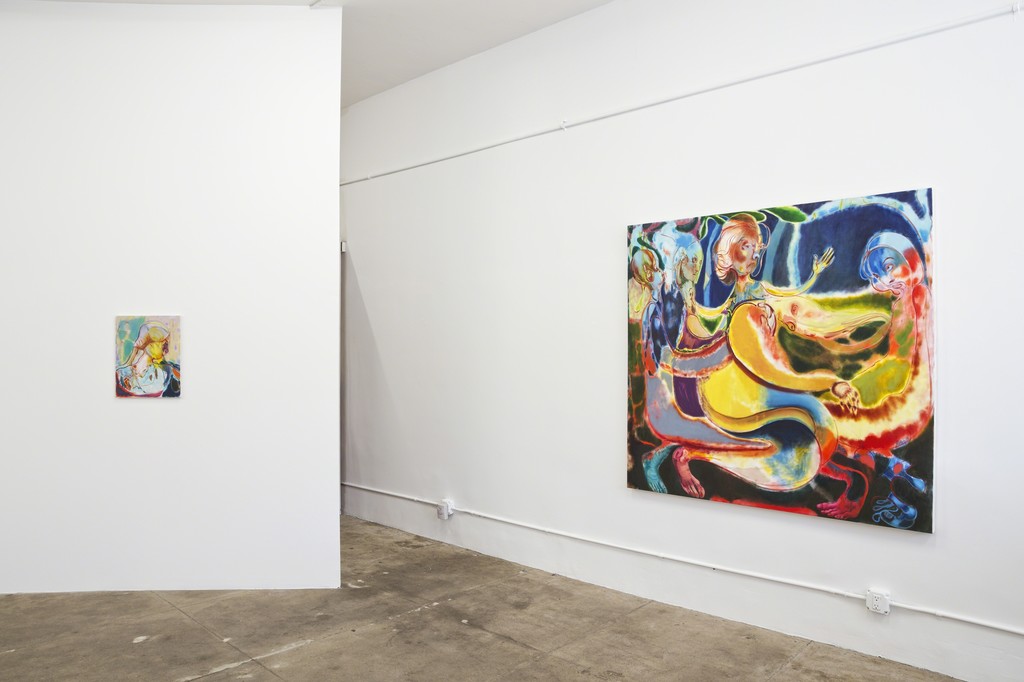 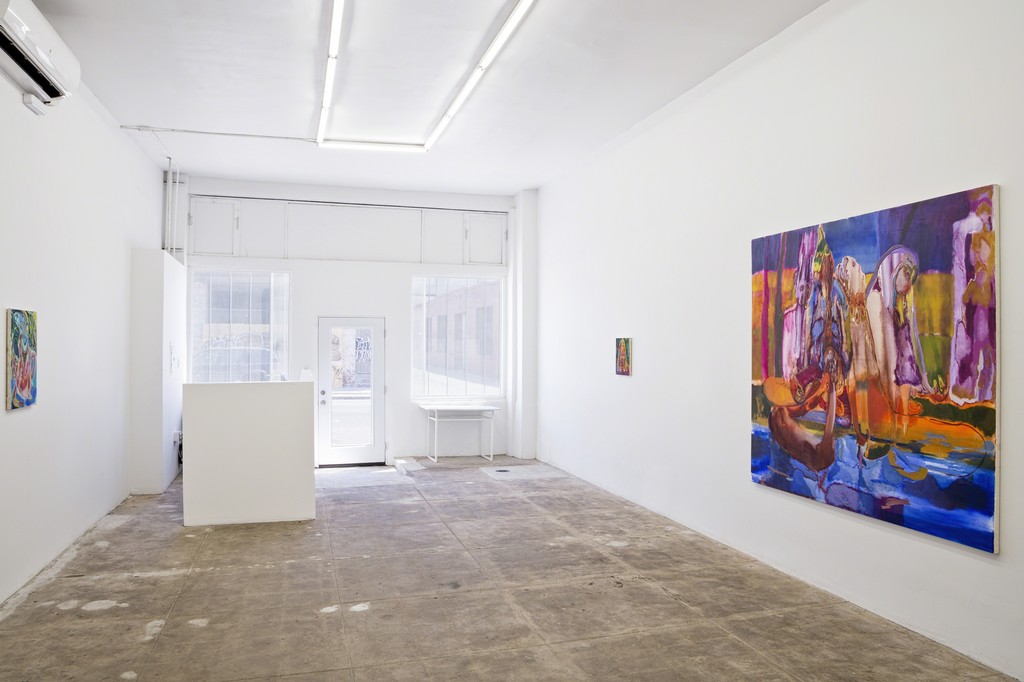 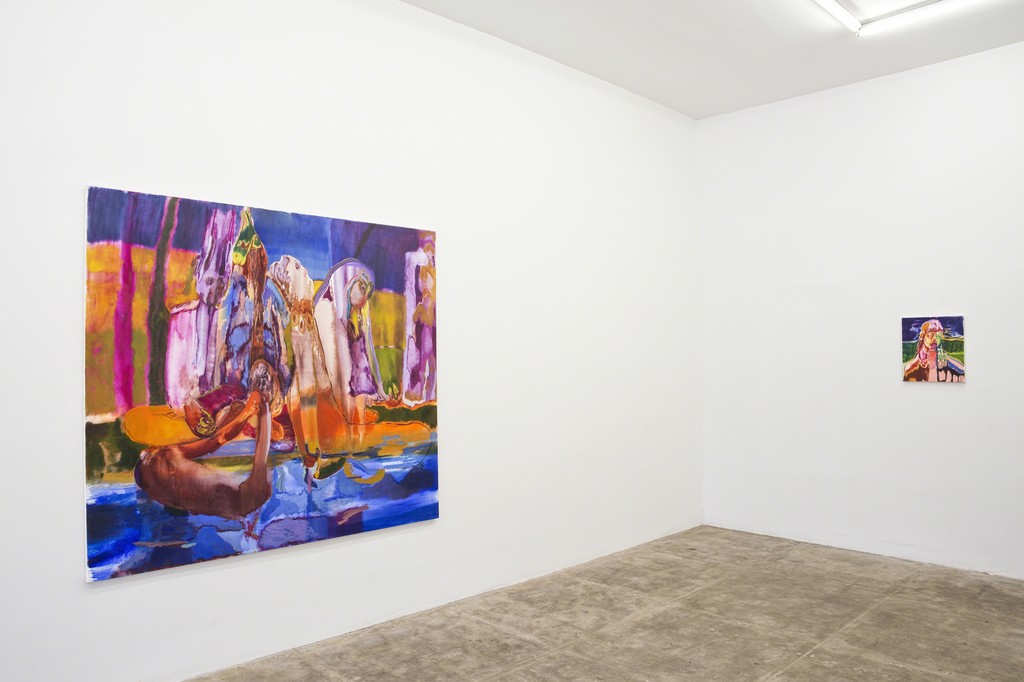 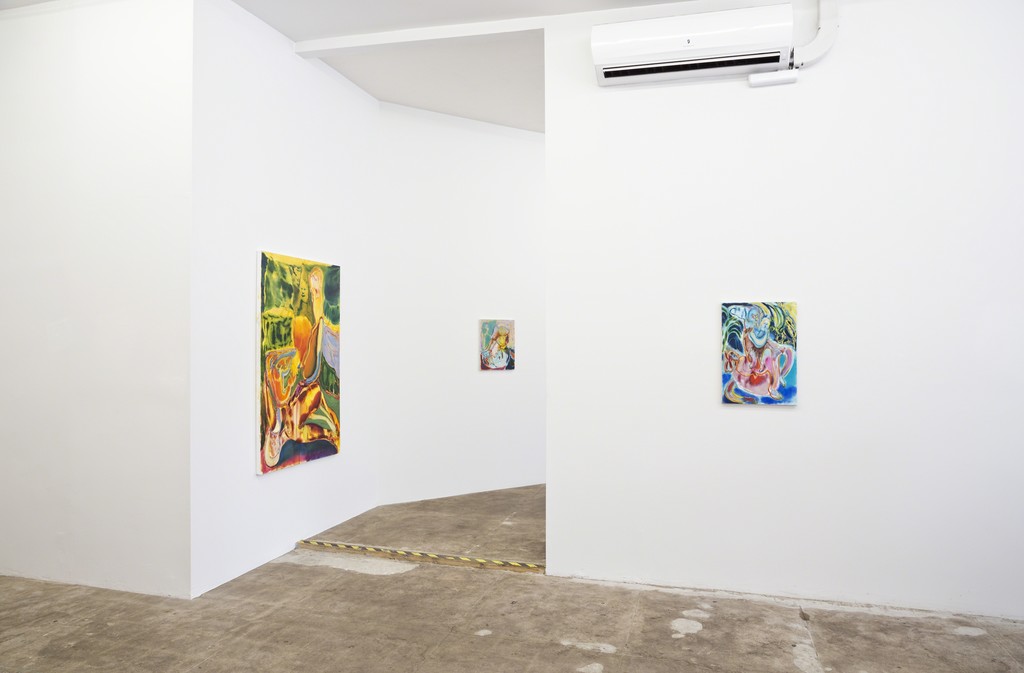 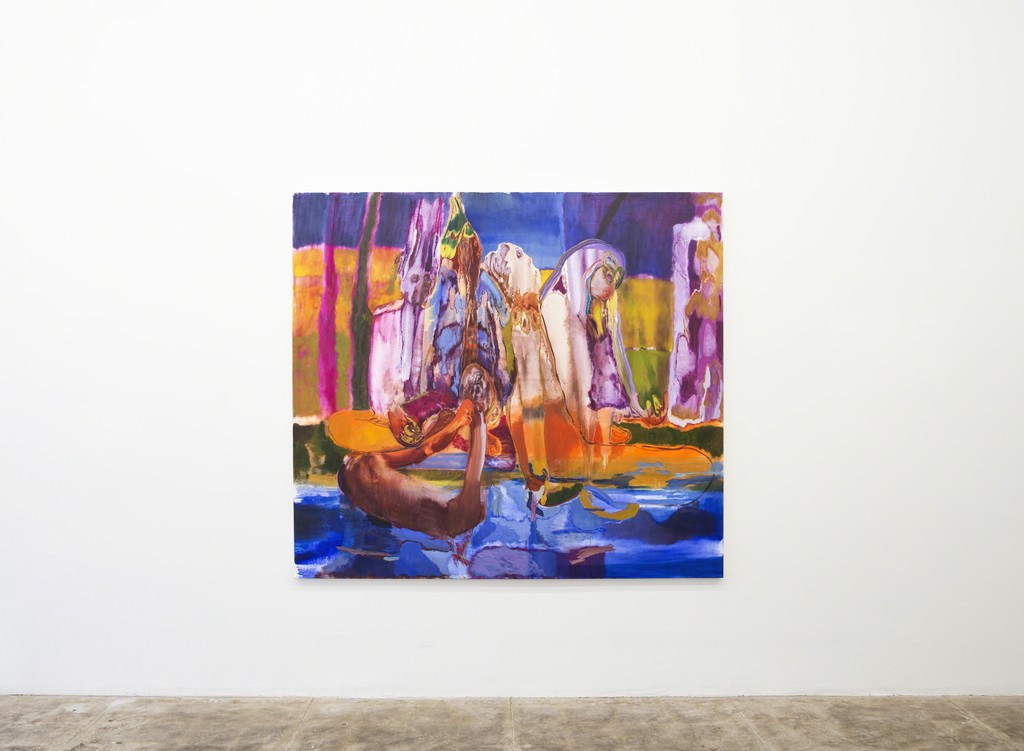 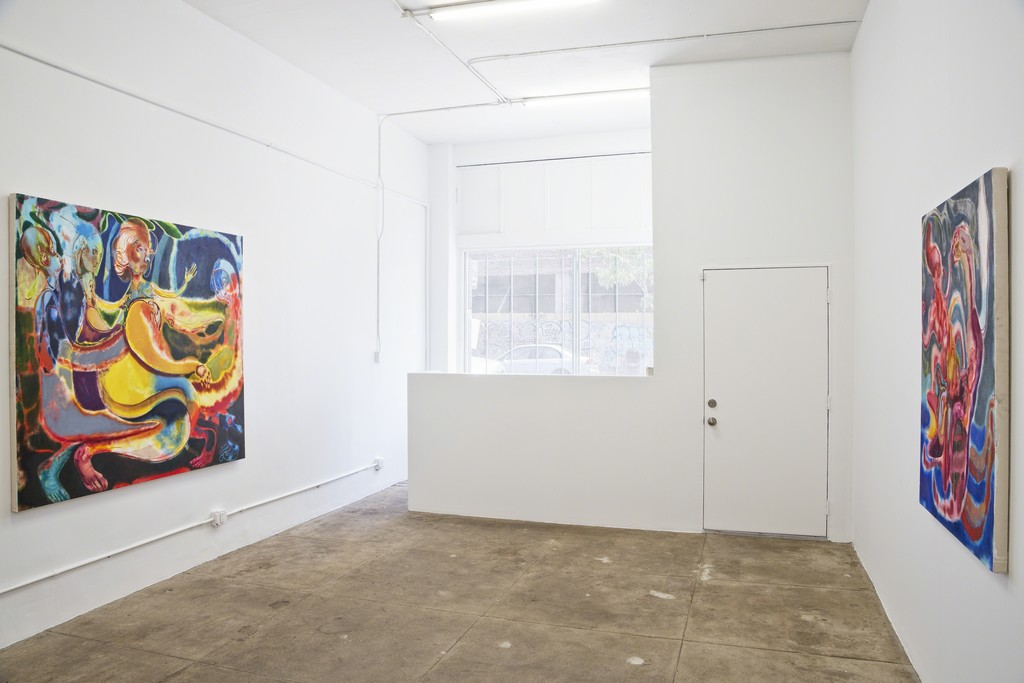 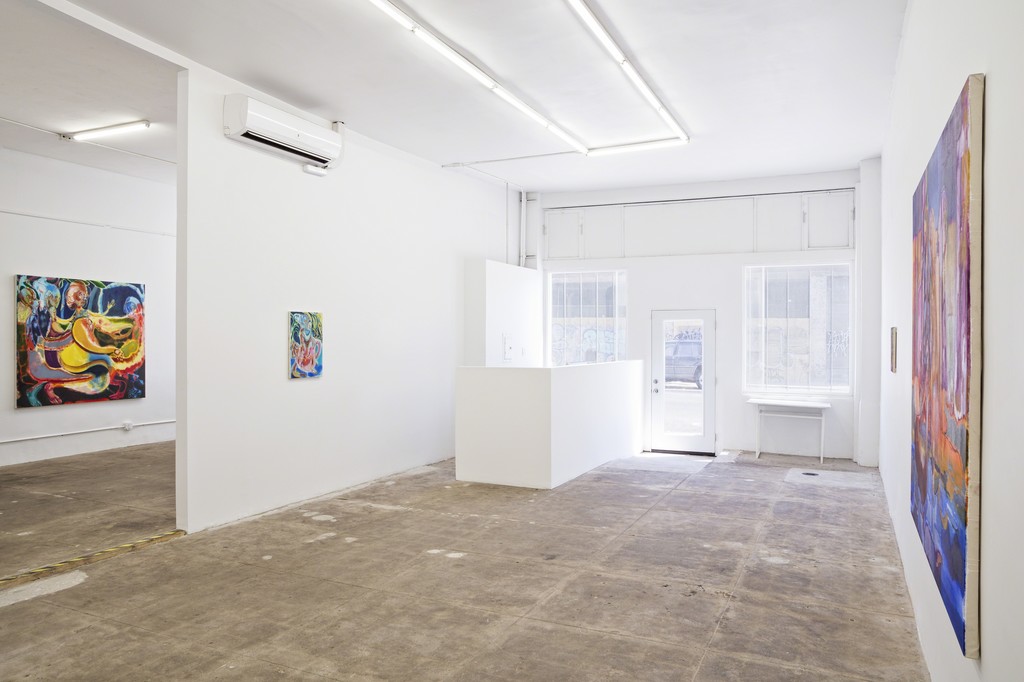 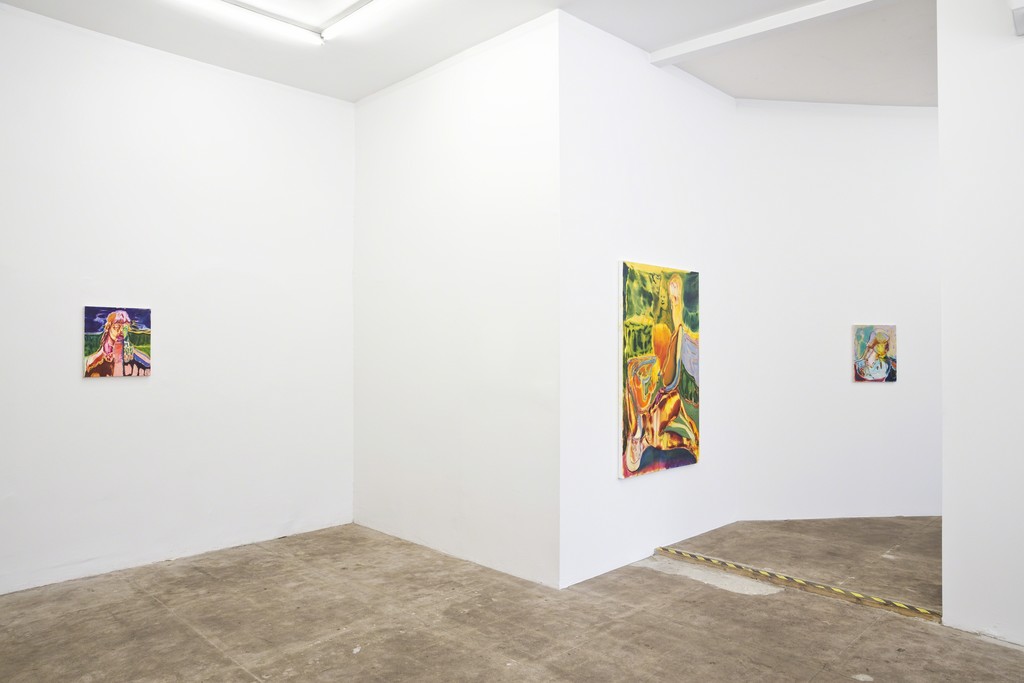 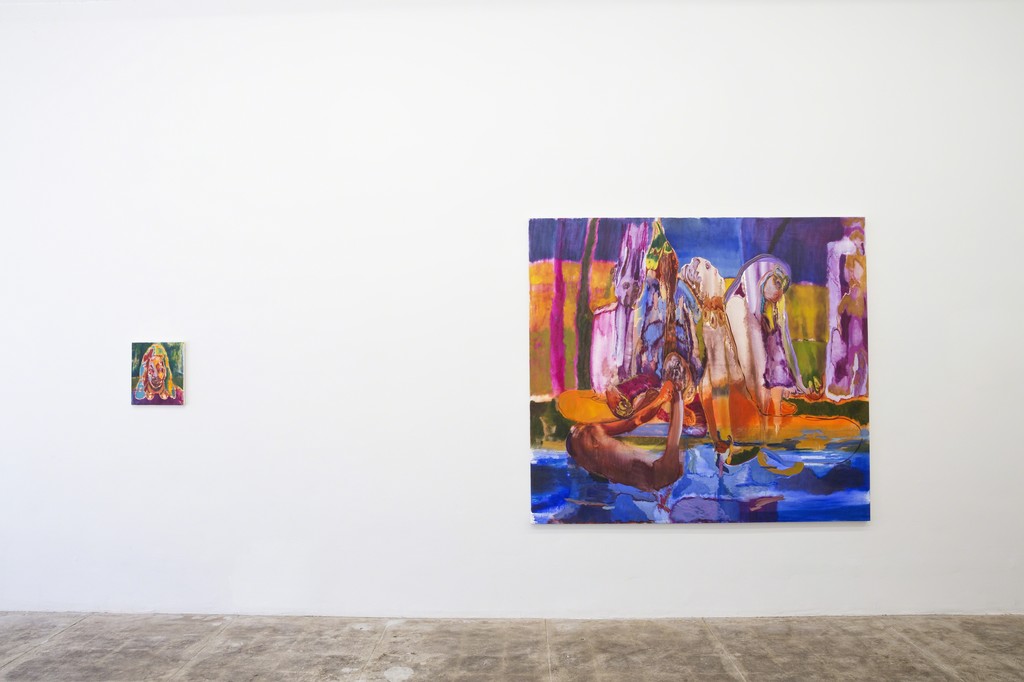 Maja Ruznic, a prolific and active artist, is primarily a painter, a storyteller who conjures form and narrative from ground up mineral, smeared oil, and stained canvas. Born in Bosnia and Hercegovina in 1983, Ruznic immigrated to the United States with her family in 1995, settling on the West Coast where she eventually went on to study at the University of California, Berkley, later receiving an MFA from the California College of Arts. Ruznic’s often-quoted biography – a refugee who escaped the Bosnian War – is only the beginning of her journey. Ruznic’s vivid paintings speak for themselves, depicting figures that seem to emerge from the caverns of human history, from within their own supports, and somehow from within the viewer’s own recollections. These paintings breach something intrinsically human and Ruznic guides us deftly with dark humor and complex representations, not dissimilar to Werner Herzog’s wry, but poignant 3-D documentary depicting the oldest painted images in the world. The power of Ruznic’s vision can be evidenced in her myriad accomplishments: she has recently shown her work at Carmen Wiedenhoeft Gallery in Denver, Galeri G-Art in Istanbul, MASS Gallery in Austin, Galerie Ernst Hilger in Vienna, Arc Gallery in San Francisco, and locally at Charlie James Gallery, the Torrance Art Museum, Shulamit Nazarian Gallery, and most recently as part of MAIDEN LA. Ruznic’s work has been written about extensively, most notably in Juxtapoz, San Francisco Bay Guardian, Studio Visit Magazine, and twice in New American Paintings, including the cover as selected by curator Anne Ellegood.

The Wailing Sisters is an outcry to all of us in pain, which as Ruznic knows, is all of us. She stains canvases with deep, earthy colors, pulling figures from the Rorschach puddles and pushing and pulling them into situations and narratives. Ruznic has an athletic arm and her marks are confident; abstract symbols for arms and eyes float in a logic broth. Other bodies are crazy-quilted together melting mythically into the landscape. The Wailing Sisters, an excerpt from Ruznic’s most recent body of work titled Soil as Witness, depicts a group of spiritual beings that emerge from the dirt to observe human drama, transmogrifying and absorbing ethereal material before returning ceremoniously to the earth, an endless inter-dimensional cycle. Ruznic’s paintings feel fresh, as if the viewer glanced in the mud and they suddenly materialized, but their content has existed for centuries – oral history passed down through time in dyed pictograms on ceremonially burned fabrics.