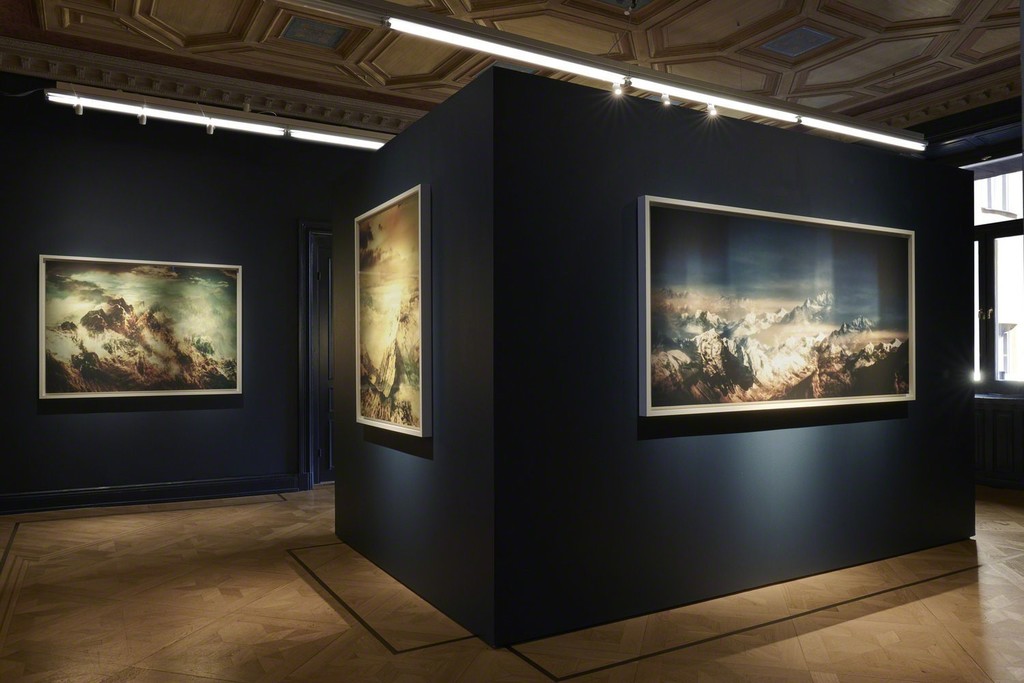 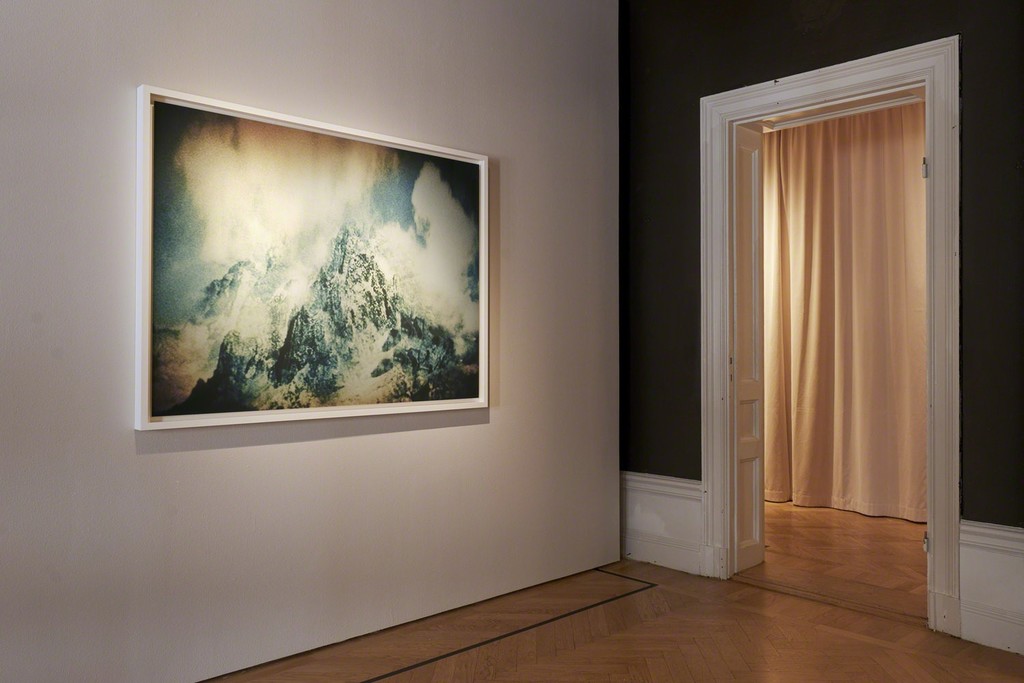 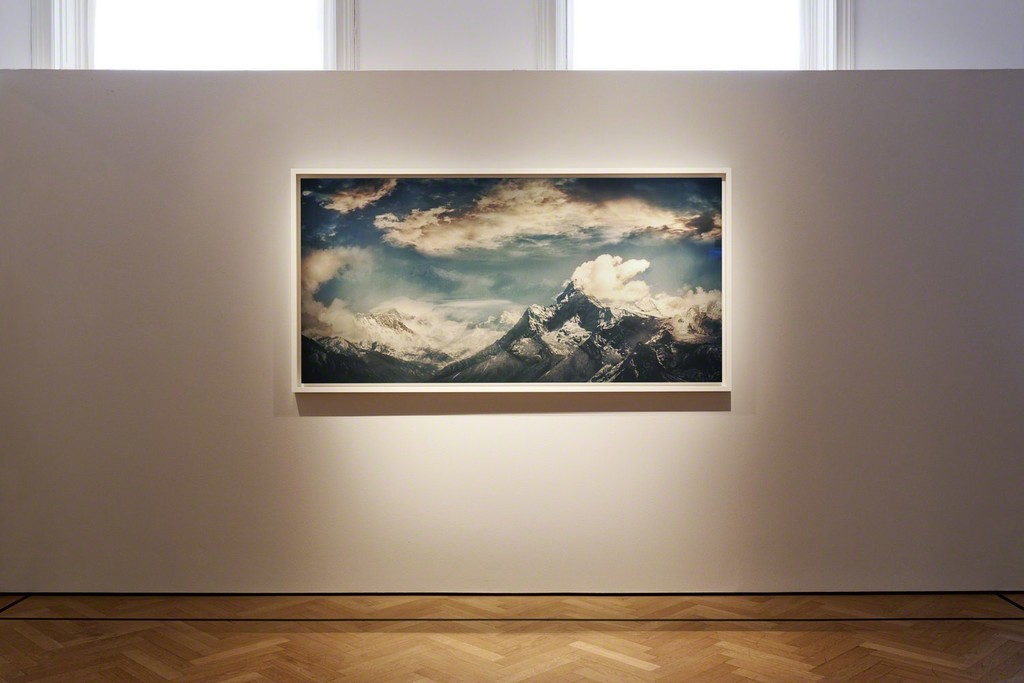 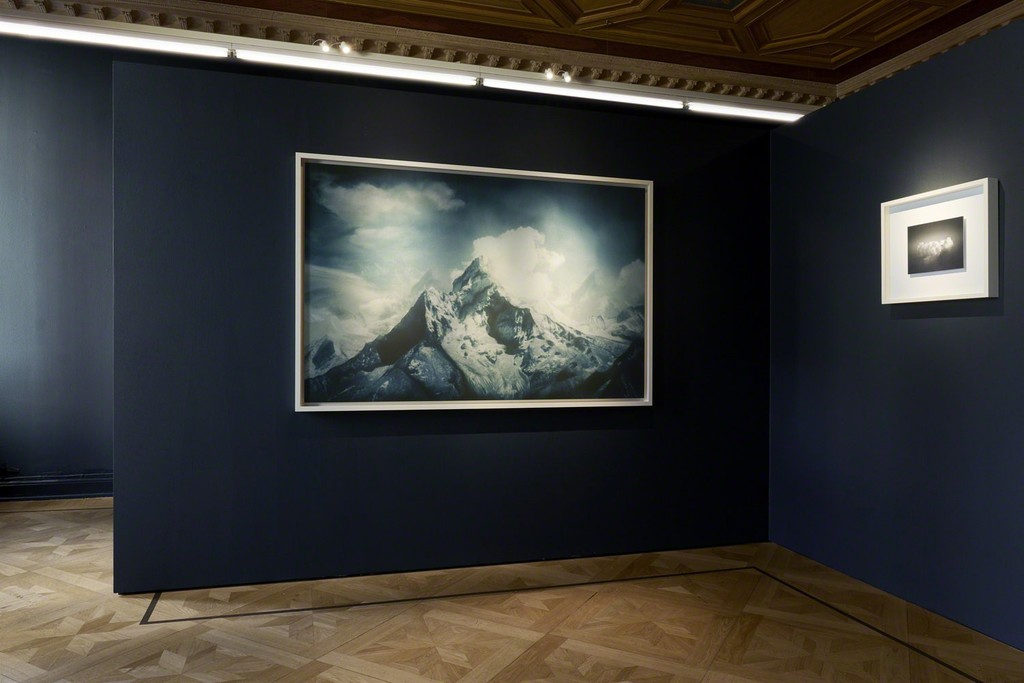 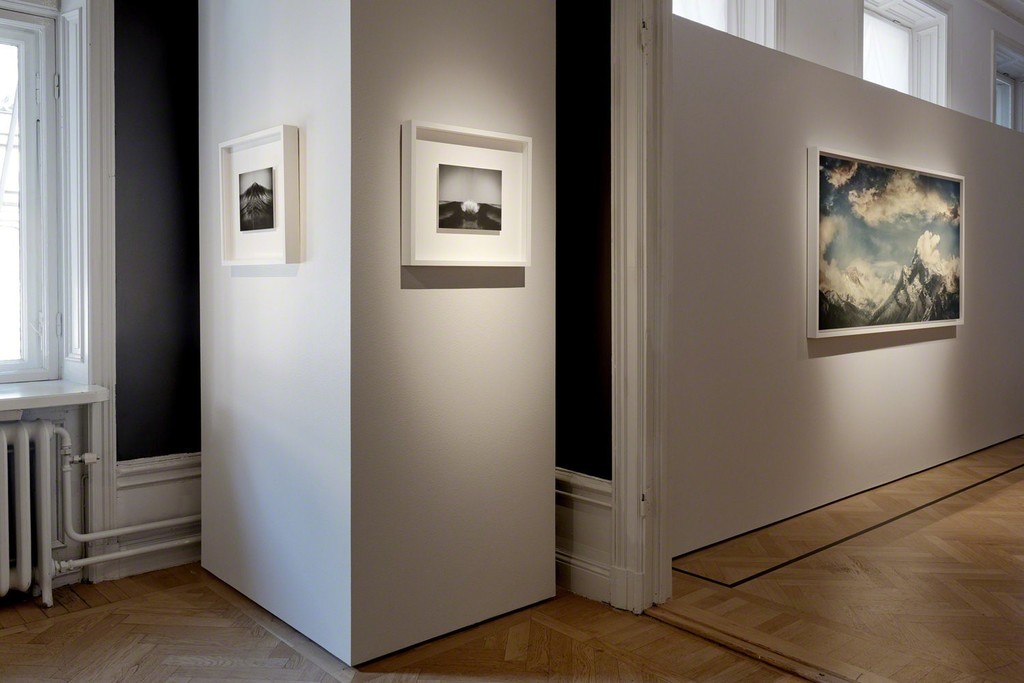 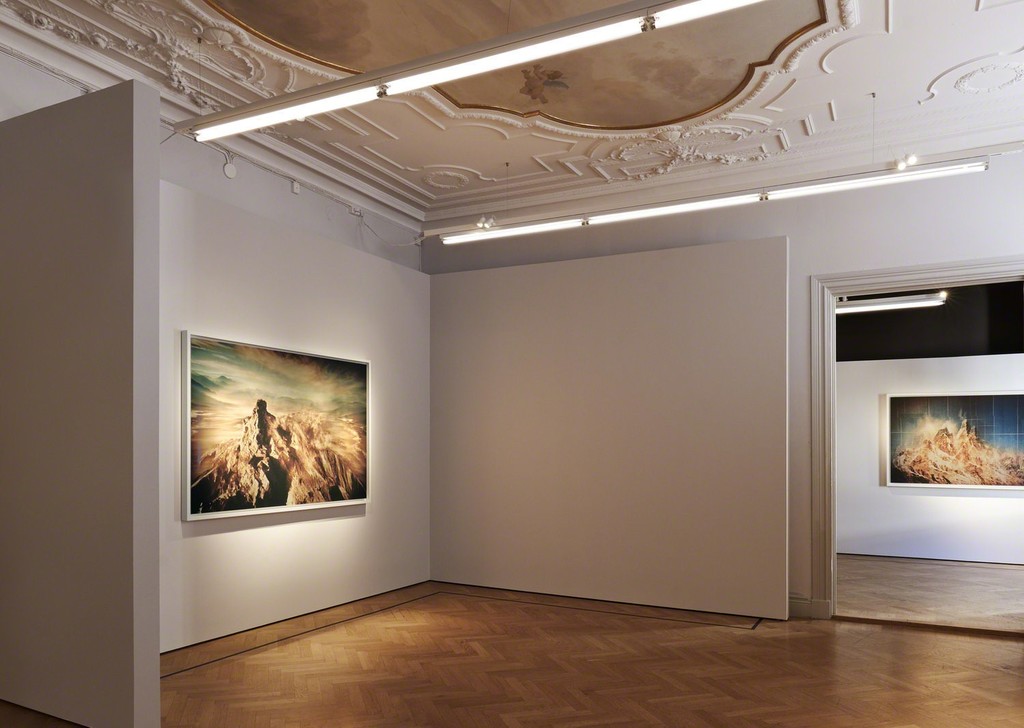 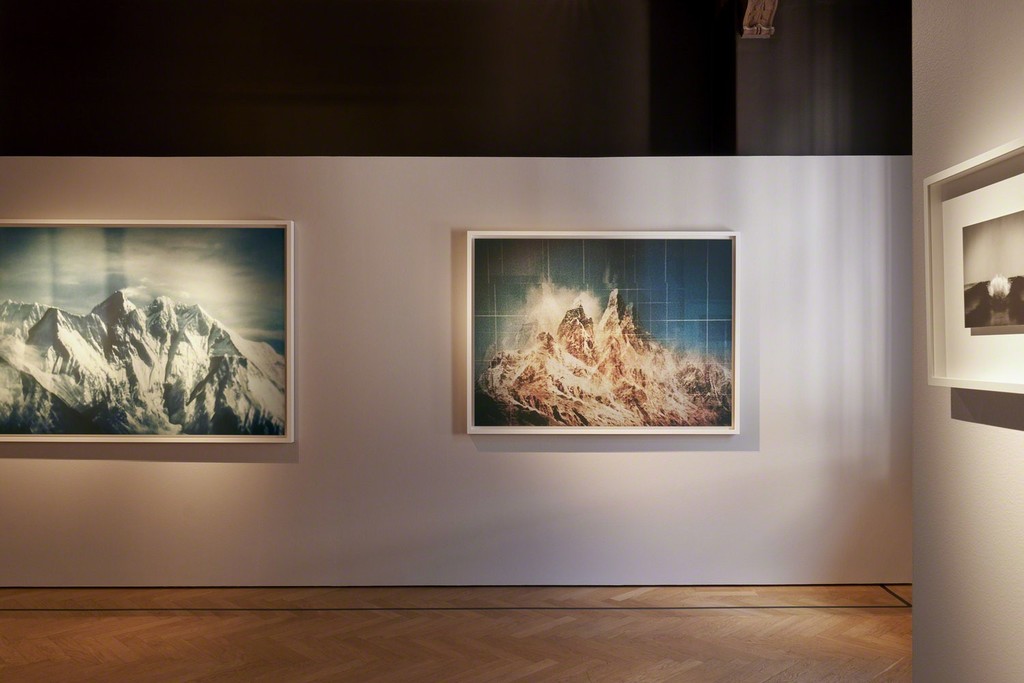 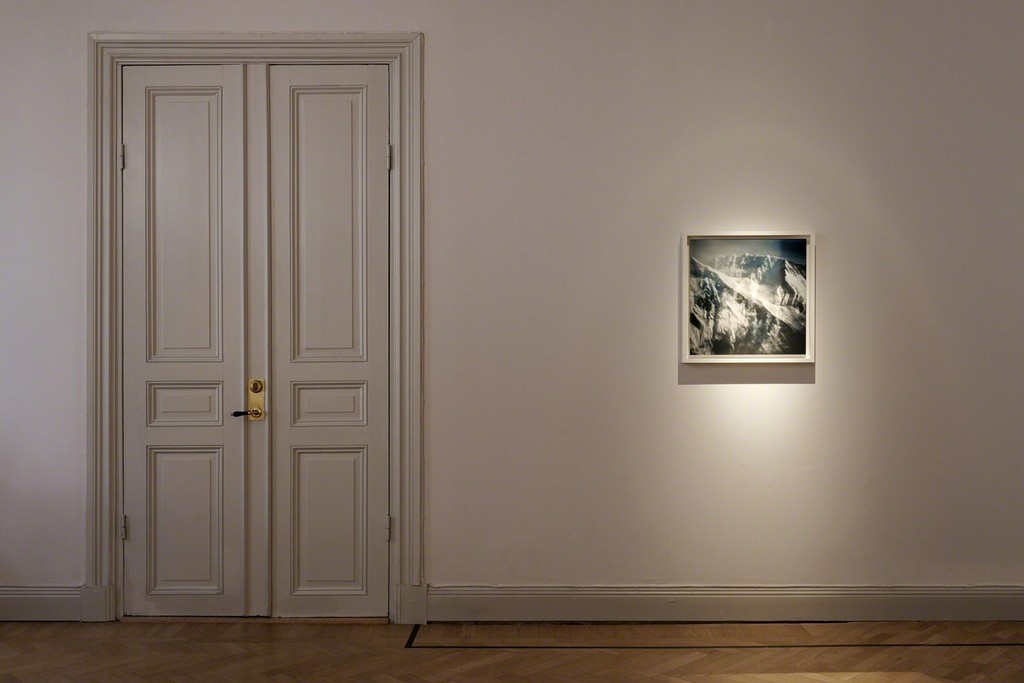 The human and the fragile, juxtaposed against the eternal might of ancient rock: this is the central theme of Jacob
Felländer’s new show, The Mountain Theory, which leads off CFHILL’s autumn exhibition season. In ten photos, he offers up “portraits” of mountains in different light and different moods. The show is a collaboration with recording artist Anna Ternheim, who provides words for the catalogue and titles for the photos, taken from her upcoming album.

“In my art, I have always given myself a free hand in processing photos, allowing my imagination licence to explore the limitless possibilities of a full spectrum of techniques,” says Jacob Felländer. “Paradoxically, however, all this flexibility has led me in the exact opposite direction, to a powerful longing for something simple, real and lasting.”

Over the course of two years (2015 –17), he journeyed to several of the world’s great mountain ranges, including the Himalaya and the Rocky Mountains. With camera in hand on a B2 helicopter (the only model that can fly above 8000 metres), he had an opportunity to capture the mountains’ full range of light effects and dazzling richness of form. Back home with the photos, the idea of a collaboration was born. With the help of his friend Anna Ternheim, the images received not just titles but their very own soundtrack.

”I ran into Jacob in New York last fall. We talked about work and life sharing ideas and he showed me a few of these photographs. At the time I was deep into a music collaboration writing dark dreamy songs with a few Stockholm based musicians and we both felt there was a connection between these worlds. Jacobs photographs have a lot of rythm and atmosphere and my music has imagery without being images”.

Her album will be released this autumn on vinyl, will be designed by Jacob Felländer and feature his work.
Jacob Felländer (born 1974) is one of Sweden’s most widely exhibited artists, represented by prestigious Hamiltons Gallery in London (along with Irving Penn and Annie Leibovitz), which has exhibited his work at Paris Photo on several occasions. His collectors include Bill and Hillary Clinton. His work has been exhibited several times at Fotografiska in Stockholm, most recently with a month-long retrospective around the New Year. Jacob Felländer’s works can be described as grand, melancholy landscapes and cityscapes incorporating dislocations of time and perspective.

The show’s title, The Mountain Theory, refers to a way of describing Einstein’s theory of relativity. Both light and altitude (distance from the sun) affect how quickly time passes, and might affect a photo. Is it possible to capture relativity in an image? A catalogue will be published in conjunction with the show, including a new essay on this theory by science editor Maria Gunther of Dagens Nyheter, Sweden’s leading daily newspaper.