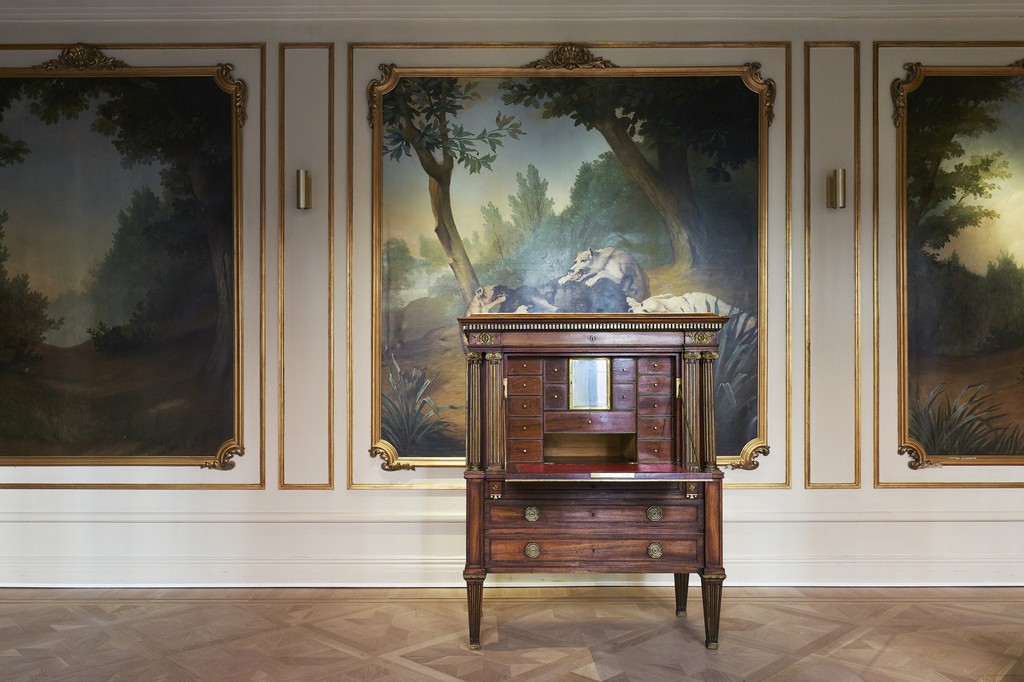 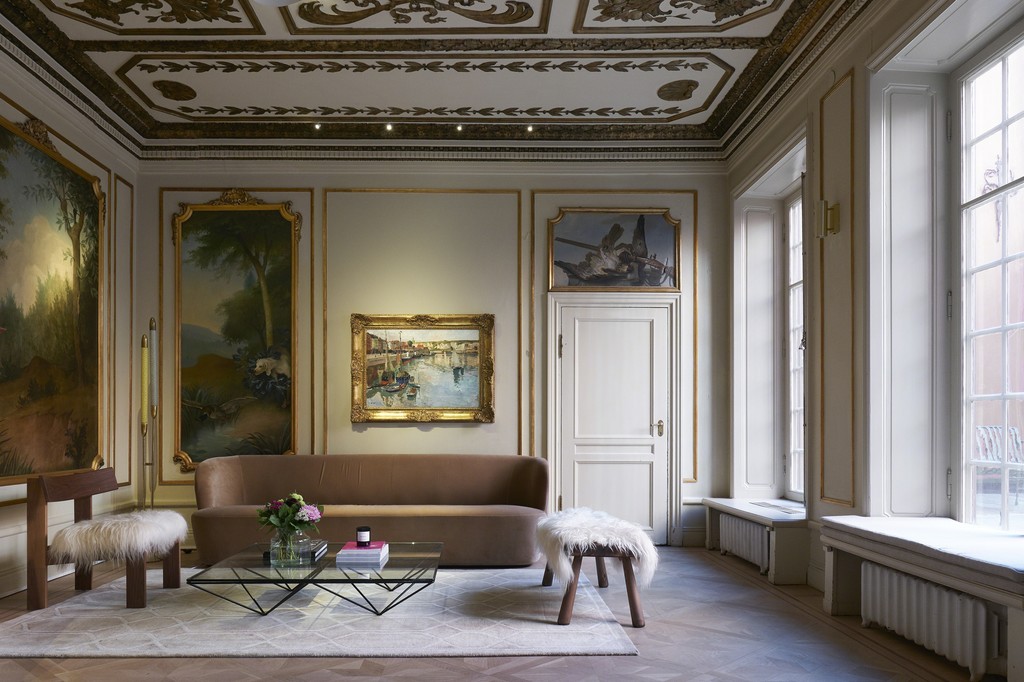 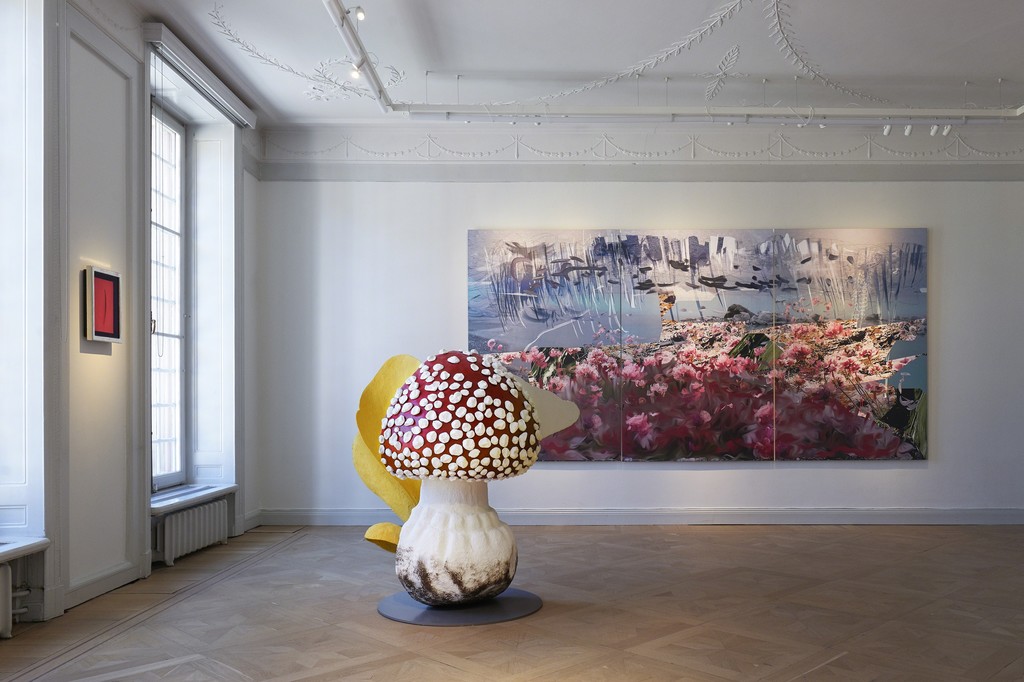 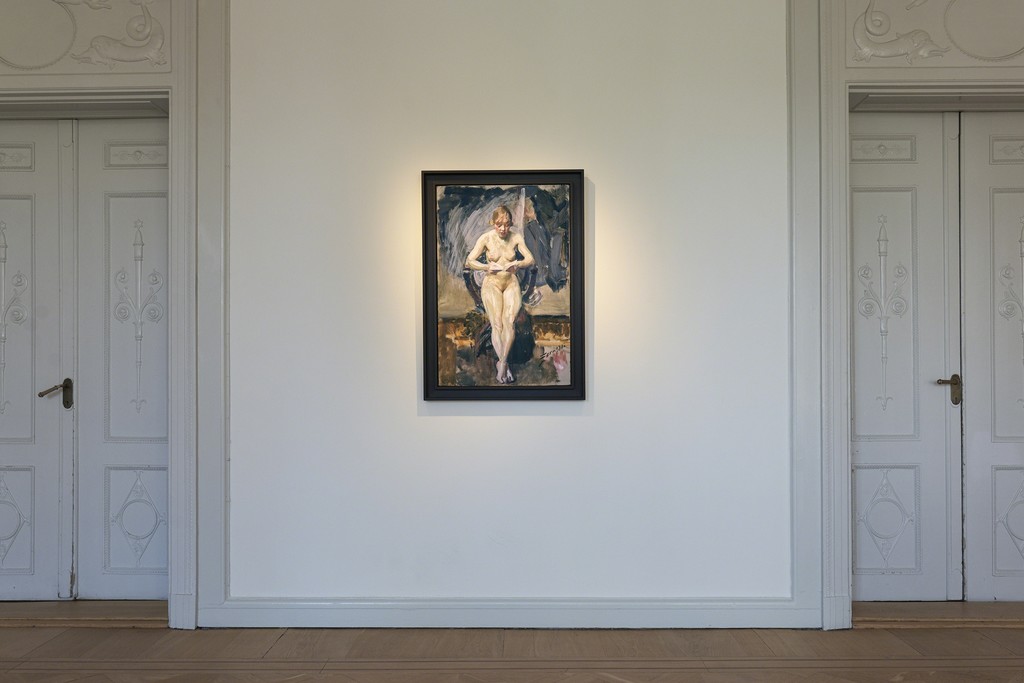 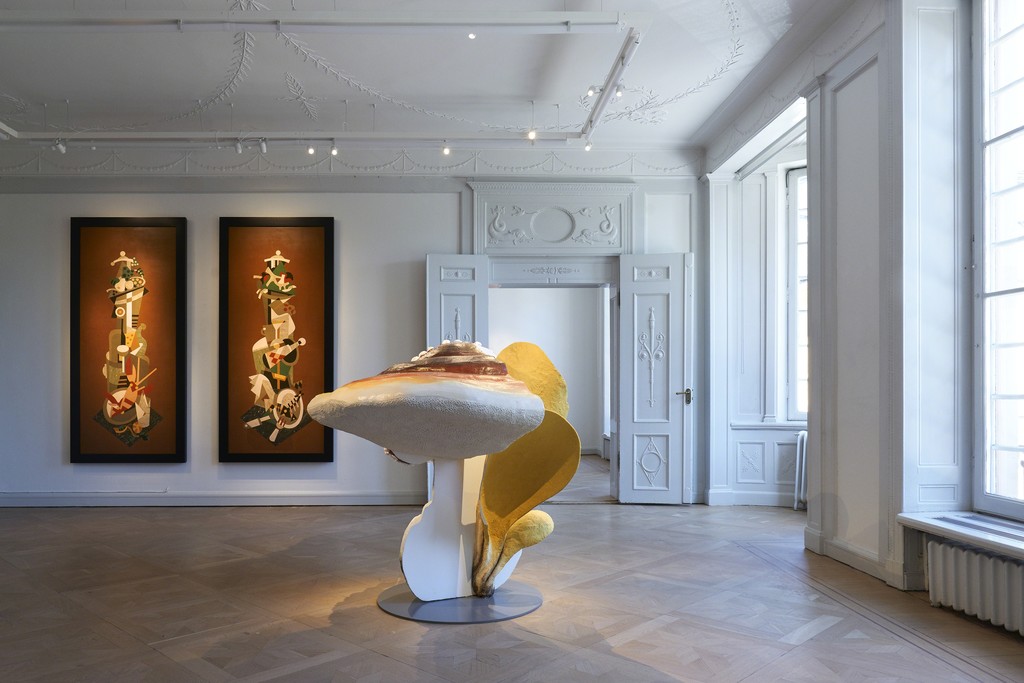 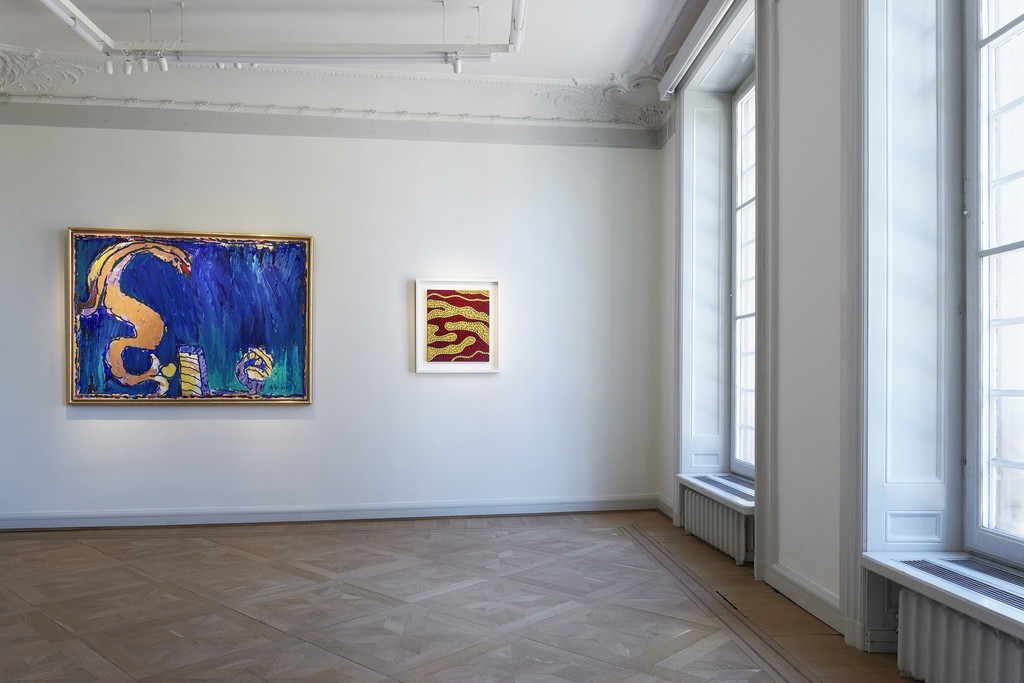 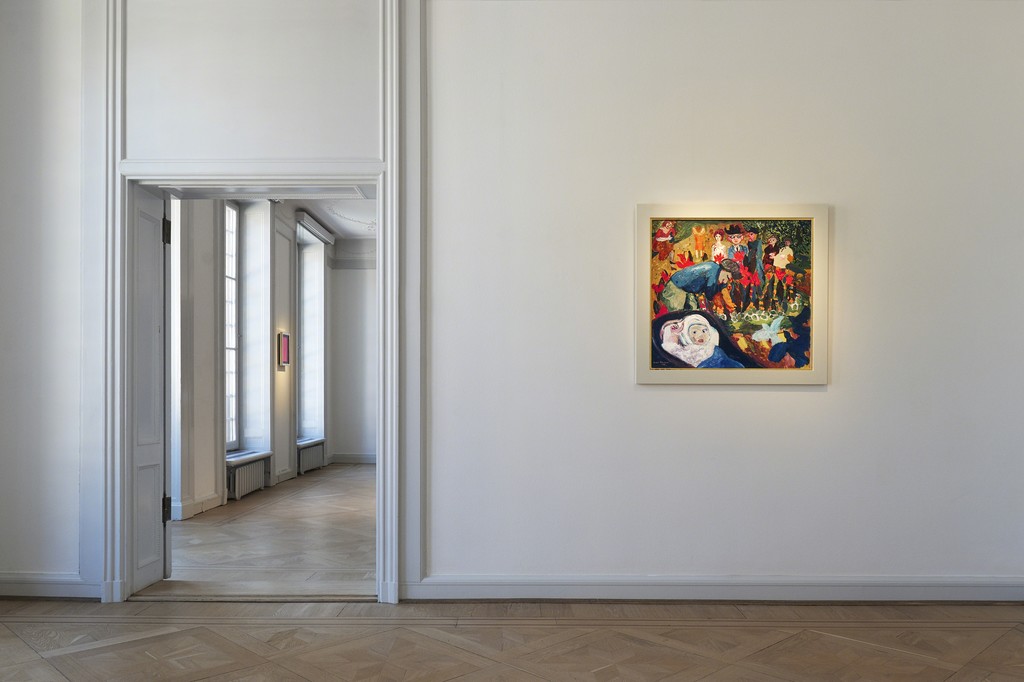 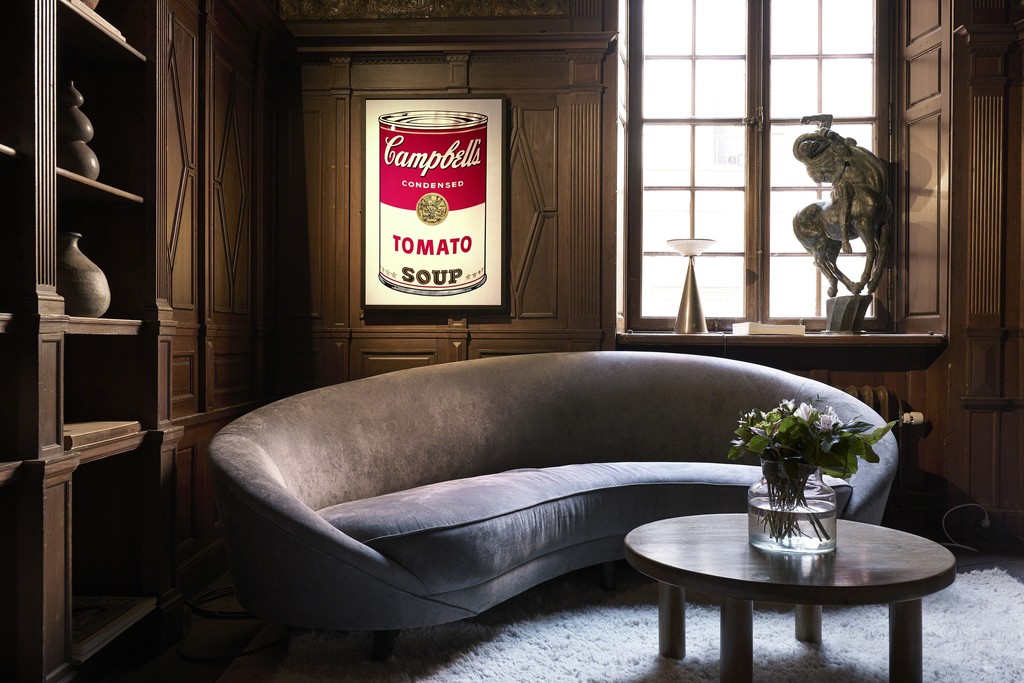 We are proud to present the fifth Ten by Ten exhibition since the founding of CFHILL. For this format, we select ten key works by ten different esteemed artists. In this year’s edition, works are brought together from a time span that stretches from classic masters like Anders Zorn and Johan Fredric Wejssenburg to contemporary superstars such as Carsten Höller and Yayoi Kusama. This year marks the first time that this exhibition is shown in our new palatial premises by Kungsträdgården.

-We’re very pleased with this presentational idea, which is perhaps a little unorthodox in that it mixes different times and styles. The unifying theme of the exhibition is quality; these works are all highlights of the oeuvres they are taken from. This makes it a very luxurious art experience, explains Anna-Karin Pusic, CFHILL founder and art specialist.

One of the featured works has a particularly exciting history: Gösta Adrian-Nilsson’s (1884–1965) Fulla fat och Tomma fat (Full Plates and Empty Plates), from 1937. The background story behind this diptych of clever, and monumental, linocuts involves the building of Stora Hotellet in Örnsköldsvik that same year. Örnsköldsvik was a flourishing town at the time, with several profitable industries. Due to the many business travellers who visited the town, a new hotel was needed, and when it was built, GAN was commissioned to create special artworks for the restaurant. The results were imposing, and inventive, and display the artist’s outstanding proficiency with the cubist idiom.

Ten by Ten, spring of 2018. Other works featured in the exhibition:

Sven X:et Erixson (1899 – 1970), I parken (In the Park), Mosebacke square, Stockholm, 1933, is a snapshot of a happy, innocent time in the capital. Flowers, pushchairs, infants, friends, and park workers mill around in this adorable piece by one of the great Swedish visual storytellers of the day.

Johan Fredric Wejssenburg. Masterpiece, 1795. This is an extraordinary object: an extravagant piece of furniture by the late 18th century master. A style that emphasised grandeur, monumentality, and masculinity had just begun to replace the more delicate tastes of the Gustavian era. This antique is a first-rate piece of history and craftsmanship, and CFHILL is particularly proud to be presenting it.

Anders Zorn (1860–1920). Läsande modell (Reading Model), 1916. A late work, which hints at a new, evocative, and almost neo-expressionist development within the artist’s constant explorations of the boundaries of painting. Although we never got to see this development come to full fruition, it heralds the arrival of later masters, such as Lucien Freud.

Carsten Höller (b. 1961) Giant Triple Mushroom 2014 (125.7 x 125.7 x 115.6 cm). The artist singles the Fly Agaric, or Toadstool, out as a core bearer of meaning, or symbol. Its bright red colour and its decorative spots give it both an air of childish innocence and an appearance that serves as a warning to anybody tempted to take a bite. One of the most appraised artists on the global scene right now.

Frits Thaulow, (1847–1906), The Harbour at Dieppe, 1894. A work by one of the leading Norwegian artists at the turn of the last century, who was also a precursor of the Skagen painters (and have ended up in their shadow because of this very fact). A beautiful romantic escape from the growing urban centres and the rapidly approaching transition to Modern Europe.

Pierre Alechinsky (b. 1927). Pour Nanna, 1973. The intense colours and humorous touches make this piece a true exclamation mark, and a remarkable example of expressionism from this era. Nihilistic, with a deliberate, poetic hint of childish naivety.

Andy Warhol (1928–1987), Tomato Soup, 1968. A legendary Warhol subject, and his first depiction of this most mundane object. Contrary to what you might expect, the future King of Pop was actually a highly restrained person, and these tins of soup just happened to be the food he preferred to eat. For his memorial service in New York, in 1987, the Campbell’s soup company sent a special message to the mourners by telegram. This must be the first and only time processed food has been immortalised this way!

Petra Cortright (b. 1986), Celebrity addresses/fifi firing tour squad, 2017. A representative of the first group of artists who have found their idioms, and large audiences, through the use of computer-generated art. (Courtesy of Galleri Karl Costyal).