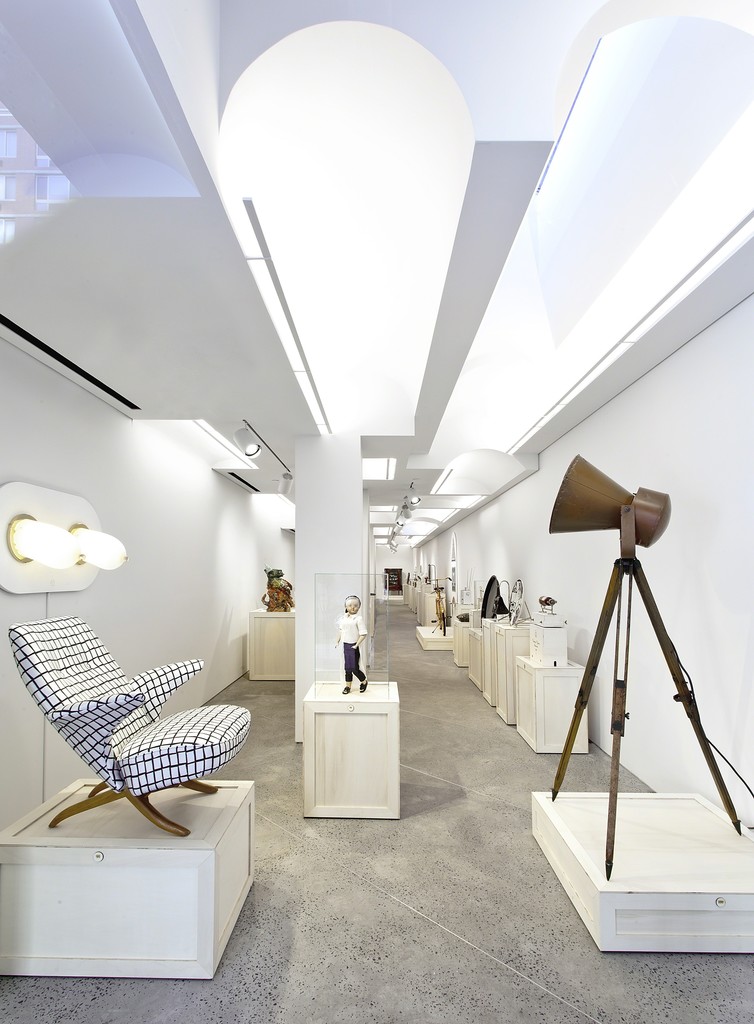 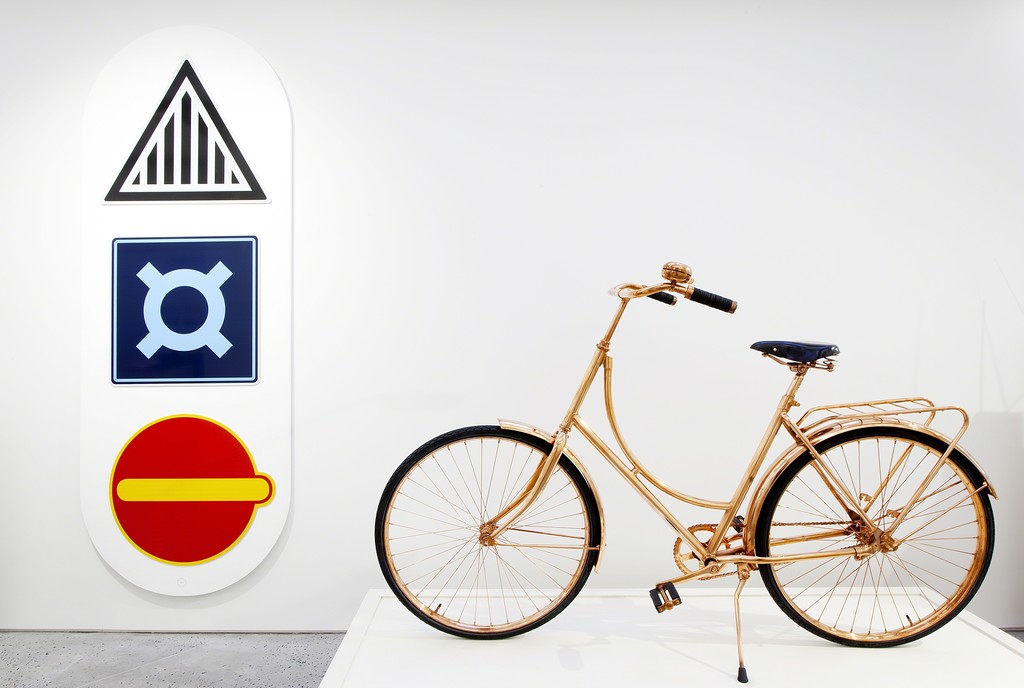 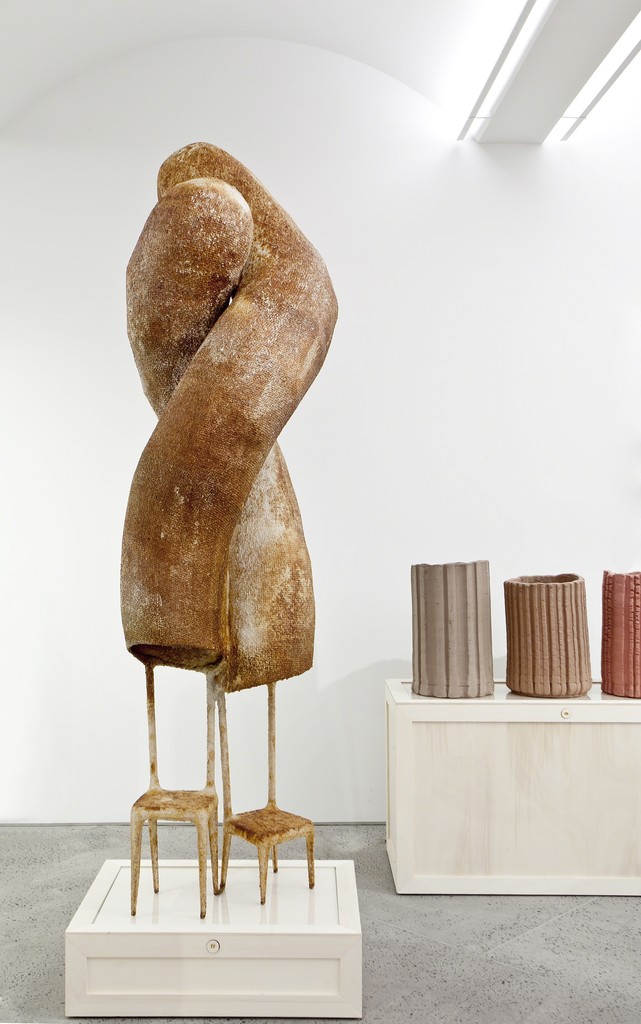 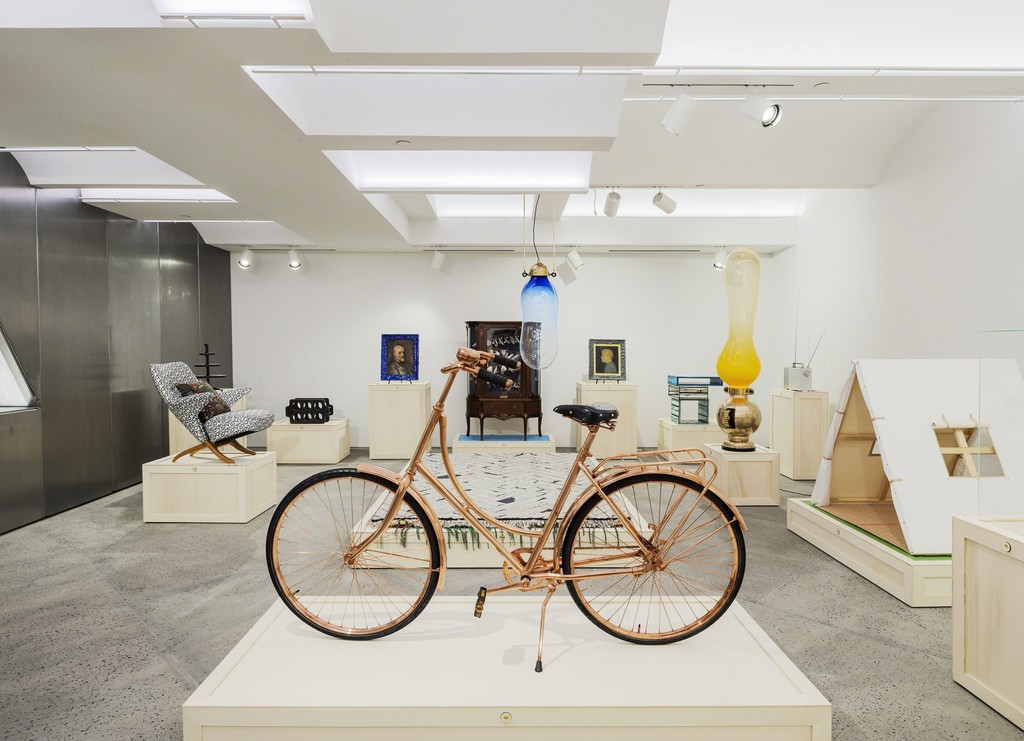 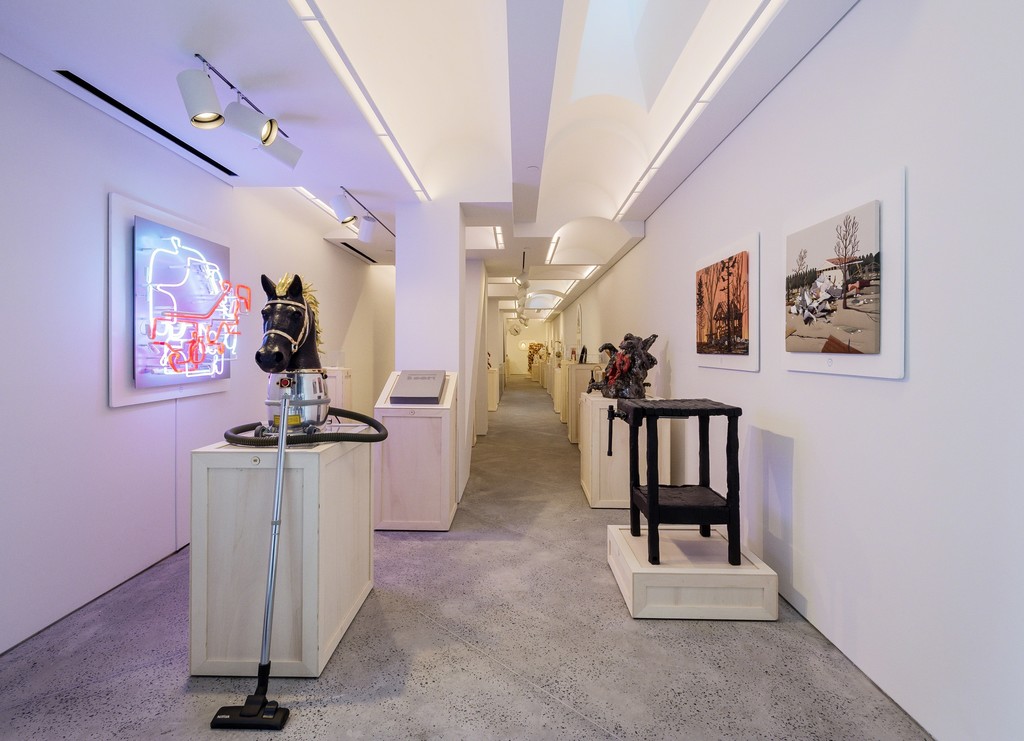 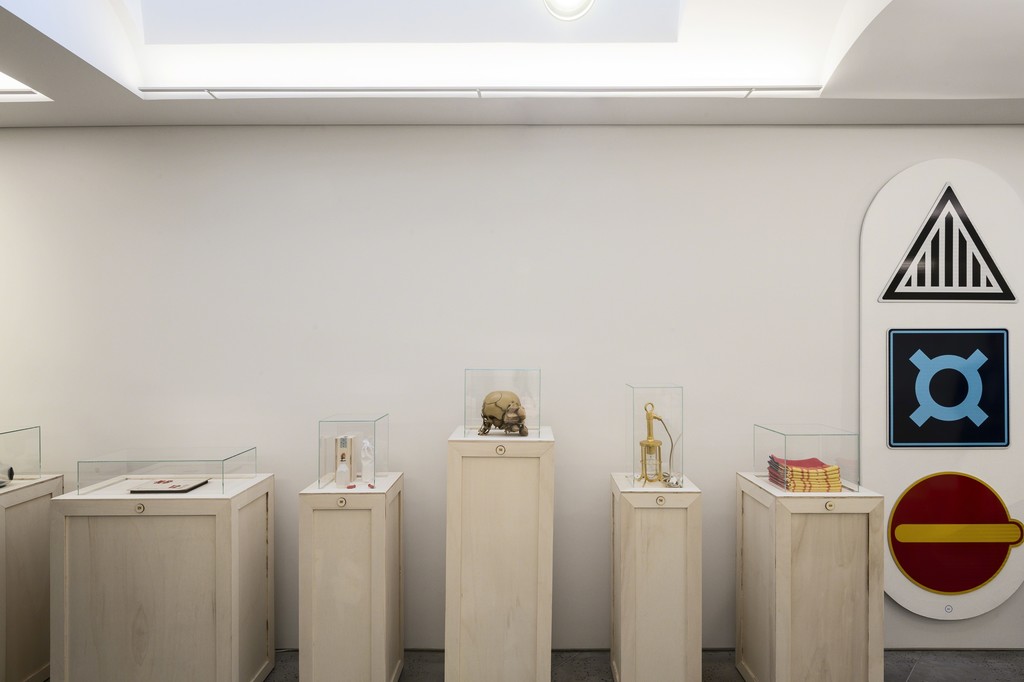 A New Boutique of Editioned Design, Objects and Art,
to Open in New York City in September 2014

NEW YORK, SEPTEMBER 2014—Chamber, a new boutique of limited edition design, objects and art, will open in September 2014 in the Chelsea neighborhood of New York City. The space’s unique concept and retail experience is the vision of Argentinian-born Founder Juan Garcia Mosqueda. Critically acclaimed architectural practice MOS has designed the interior of the space, which will be located underneath the High Line in the HL23 building, designed by Neil Denari, at 515 West 23rd Street.

Taking the Renaissance-era Cabinet of Curiosities as its inspiration, Chamber will be a twenty-first century reliquary for unusual objects and a platform for design experimentation. Each year, Garcia Mosqueda will choose a different designer or creative to curate the shop’s entire program, bringing their unique viewpoint to Chamber through specially commissioned works, and rare and vintage items. For the inaugural curatorial period, he has selected Dutch designers Studio Job, who are working closely with a dynamic group of established and emerging designers and artists to create Chamber Collection #1.

“The driving force behind Chamber is to elevate the status of designed objects through the communication of their narratives. I am as fascinated by the stories behind the objects as I am by the stories of collectors who share in this passion. Their collectibles mean something to them, bring something fresh to their lives and speak to who they are. Chamber aims to be a destination for these lovers of discovery of the unique,” said Garcia Mosqueda.

To this end, MOS designed the interior with a cavernous repository in mind. With the High Line establishing a new ground level, Chamber will have a subterranean feel, as if visitors are making a pilgrimage to a hidden place. The design encompasses a variety of materials and textures, which interplay with one another and contribute to the sense of intimacy and interactivity already offered by Chamber’s unique concept. A ceiling of vaults and a wall of niches will set the thematic tone for the space, referencing religious architecture and reinforcing the inspiration for Chamber as a reliquary.

A shared passion for collecting was what led Garcia Mosqueda to choose Studio Job—avid collectors themselves. As with each Curator, Job and Nynke Smeets are also serving as art directors, intimately involved in the concept and execution of many of the pieces. Studio Job will also design a new series of objects for the collection, along with a special edition of their Lensvelt furniture collection introduced at Salone del Mobile in 2013.

Garcia Mosqueda and Studio Job are working together to bring an impressive array of makers to the program—from emerging designers such as Formafantasma, Esther Janssen, Cmmnwlth., Jantine van Peski, Dirk Vander Kooij, and AANDEBOOM to established creative such as Piet Hein Eek, Maarten Baas, Nacho Carbonell, Matali Crasset, Tord Boontje, Tom Dixon, Gijs Bakker, Alessandro Mendini, Wim Crouwel, Stefan Sagmeister, Neil Denari, and more. Mosqueda sees Chamber as an incubator of new ideas and practices, and to this end, Studio Job have chosen a number of young designers who are just beginning their careers and will show their work in the United States for the first time.

Specially commissioned objects will range from the digitally dependent, such as a 3D printed skull sculpture by Nick Ervinck, to the handmade—including Formafantasma’s delicate oil & vinegar set made of hand-blown glass, oyster shell and cow horn. Highly conceptual works such as Esther Janssen’s hand-sewn leather paintings of natural disasters will sit alongside the purely utilitarian, such as a weighty steel floor lamp by Tom Dixon.

Collections within the collection will include rugs by Matali Crasset, Lanzavecchia & Wai and Studio Job for Nodus and a series of black and white textiles by three of Holland’s most important graphic designers—Julius Vermeulen, Swip Stolk and the legendary Wim Crouwel—that will be applied to vintage furniture.

In keeping with Chamber’s commitment to exploring new avenues, Garcia Mosqueda and Studio Job are particularly intrigued by designers who move across disciplines. To that end, the roster includes fashion designers who are inventing wearable and non-wearable designs for Chamber. Jantine van Peski, one of Belgium’s most celebrated up and coming fashion designers has proposed a small tent for Chamber, a piece that echoes her strong commitment to the materiality of fabric but refocuses it on a structural object, rather than a wearable one. Martijn van Strien will contribute custom pieces for Chamber from his Dystopian Brutalist collection, which aims to clothe humanity for an uncertain future.

Chamber will also present vintage pieces such as a 1956 Borsani desk for Tecno, 1950’s Dutch toys from ADO and Delvaux purses from the legendary Belgian fashion house. These will sit alongside carefully selected rarities by respected designers, including Nendo’s Glas Italia bookshelf and vessels from his Coca-Cola series, an edition of Irma Boom’s The Architecture of the Book and Mae West “tit lamps” by Studio Job for Venini.

Each new collection will be accompanied by a limited edition perfume, beginning with a scent by Julian Bedel of Argentine perfumery Fueguia 1833, in a porcelain bottle designed by Studio Job. Known for inventing perfumes specific to place, such as the library where Jorge Luis Borges wrote, Garcia Mosqueda tasked the renowned “nose” to craft a scent based on the experience of a Louis Khan structure.

The individual stories behind each object are of paramount importance to Garcia Mosqueda and will have a strong presence in the space through video, audio and text by each Curator who will tell the story of the objects through their eyes. Each Chamber collection will be encapsulated in a limited edition catalogue raisonne that will include photographs and process drawings, with text by the Curator. Like the rest of Chamber’s visual identity, the catalogue will be designed by Studio Lin, one of New York’s most respected graphic design shops.

Juan Garcia Mosqueda is the Founder of Chamber, a curated art and design boutique located in Chelsea, NYC. Juan was born in Argentina and educated in the US, and graduated from the School of the Art Institute of Chicago with a degree in Designed Objects. He acted as assistant to Murray Moss and Franklin Getchell at Moss and then later as Projects Director for Moss Bureau, where he organized Moss, The Auction at Phillips de Pury in 2012. He also worked at MoMA under Paola Antonelli, Chief Curator of Architecture and Design. Juan founded Chamber in 2013.

Studio Job was founded in 2000 by Mr. & Mrs. Smeets, both graduates of the Design Academy Eindhoven. Their practice is now based in Antwerp and Amsterdam. They redefine the decorative arts for the contemporary age. Their collaboration has created highly expressive, mainly one-off or limited edition works, from the outset.

Often cast in bronze or, later, crafted from laser-cut marquetry, the physical potential and malleability of the materials they use is pushed to the hilt. Their approach is more in keeping with that of traditional guilds than anything industrial. For Studio Job, creation is pre-eminent over definition. Smeets describes it thus: “Unlike most, we are probably not coming from Modernism. Studio Job’s contribution is that we have rediscovered a lost path. Consciously and carefully, we are positioning decorative arts in the twenty-first century. Is that design? Whatever. Is that art? Whatever, really.”

Opulent, intricate and ironic, Studio Job combine an extraordinarily high level of craftsmanship with extreme ornamentation. They reference both the traditional and the topical, the organic and the artificial. This narrative conveys a tension between the good and the bad exploring all facets of each. Their iconography is at once heraldic and cartoon-like, monumental and yet somehow primitive. Due to this combination of elements, Studio Job’s style has become synonymous with the term ‘neo-gothic’. This style is placed within an enigmatic, intellectual framework by the number and complexity of symbols and signifiers it conveys.

In 2009 Nynke and Job opened Studio Job Gallery, a curatorial exhibition space for contemporary art and design based in Antwerp. In 2010 an important monograph titled The Book of Job was launched by the New York publishing house Rizzoli and the Studio Job Lounge was opened inside the prestigious Groninger Museum. In 2011, Nynke and Job turned a post war villa into Studio Job House filled with modernistic icons and contemporary pieces. The Groninger recently dedicated a massive retrospective accompanied by a new book to celebrate the large body of work of these world famous creators.

MOS Architects is a New-York-City-based multidisciplinary design practice known for its integration of architecture, art, urban, and landscape design, founded by principals Michael Meredith and Hilary Sample. MOS is committed to design excellence at different scales - from product design, to private residences, to cultural institutions, to large-scale urban plans and parks. These projects develop through research into subjects ranging from typology, digital production, structure, material, program and use, to larger networks of social, cultural, and environmental consideration. In assembling its teams of consultants and sub-consultants MOS continues to have the advantage of working with experts in their respective disciplines. MOS has successfully partnered on projects with ARUP NYC, Hanif Kara and AKT Structural Engineers, Atelier Ten Environmental Engineers, Transsolar Climate Engineers, OLIN landscape architects, and Stoss Landscape design.

Current projects include MOS’s Ballroom Marfa Drive-In Theater, a new multi-use drive-in with band shell structure in Marfa, Texas, winner of a Progressive Architecture Award and a National Endowment for the Arts Our Town Grant, establishes a new site for cultural and intellectual life for the desert community.
MOS won the competition to design the Center for Book Arts in New York City, a national competition for the Sterling Opera House in Derby, Connecticut. MOS is completing construction of the Museum of the Outdoor Arts Visitor’s Center for Star Axis in Las Vegas, New Mexico, and Solo House in Certos, Spain. Previous work includes the internationally published and exhibited, Floating House in Pointe-au-Baril, Canada, and a Puppet Theater for Pierre Huyghe’s This Is Not A Time For Dreaming at Harvard University.