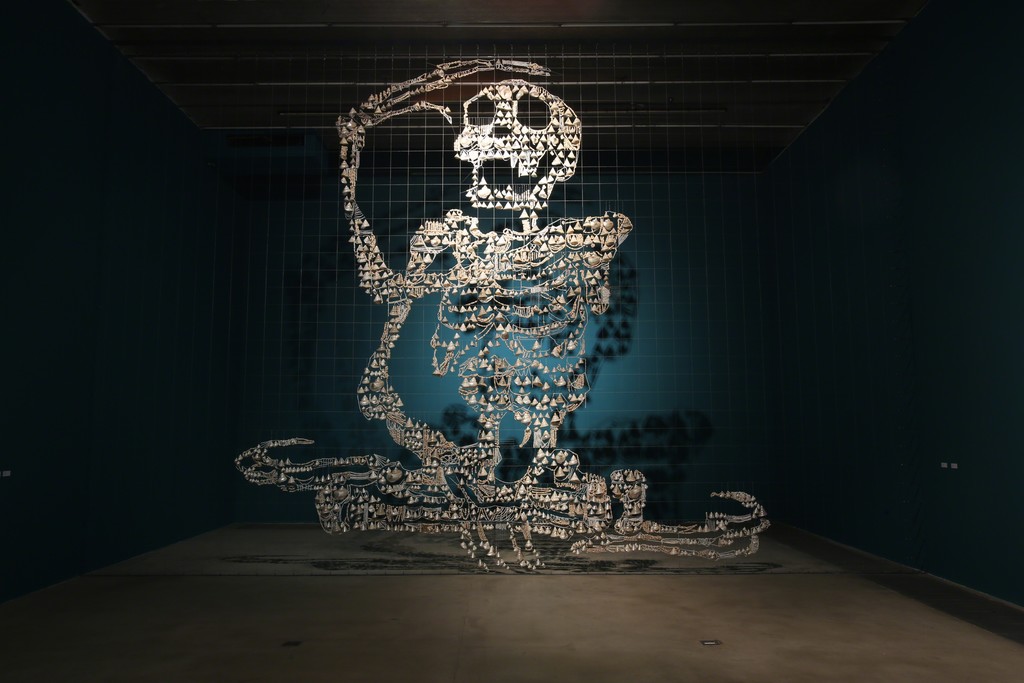 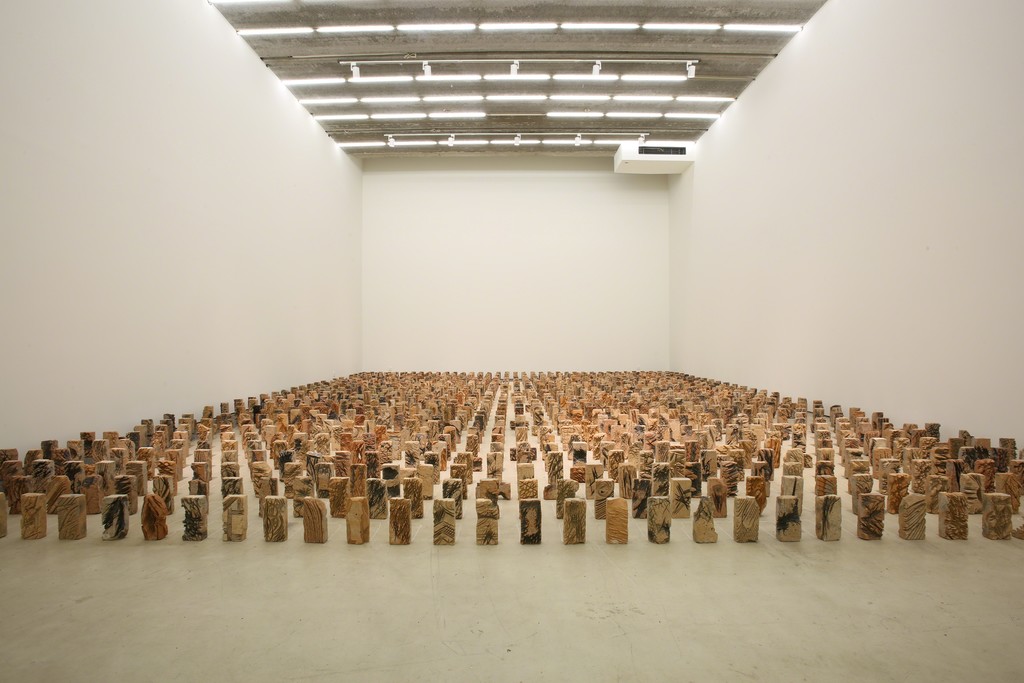 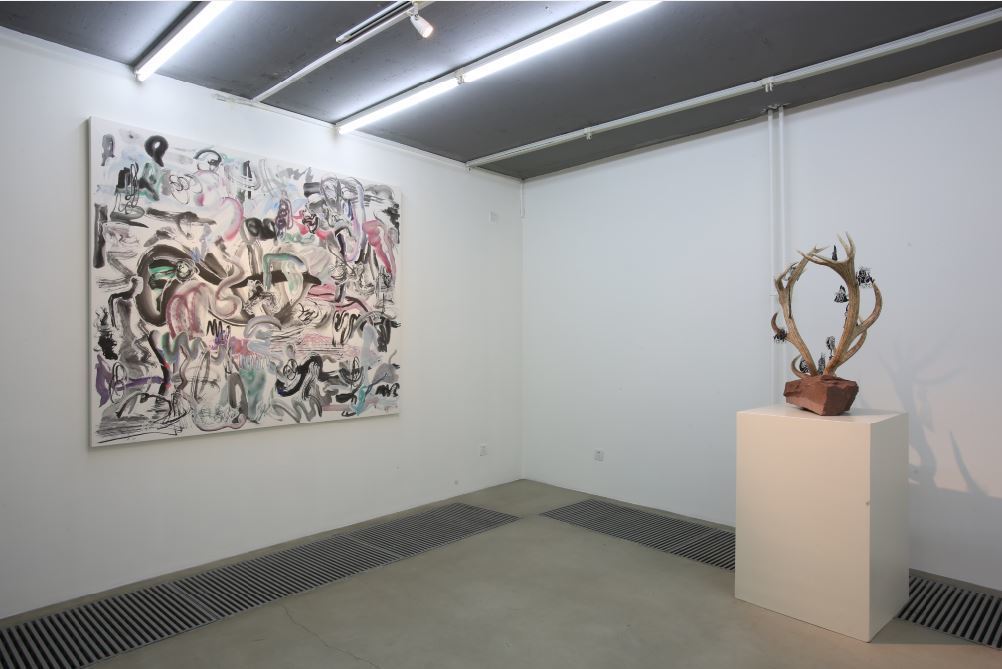 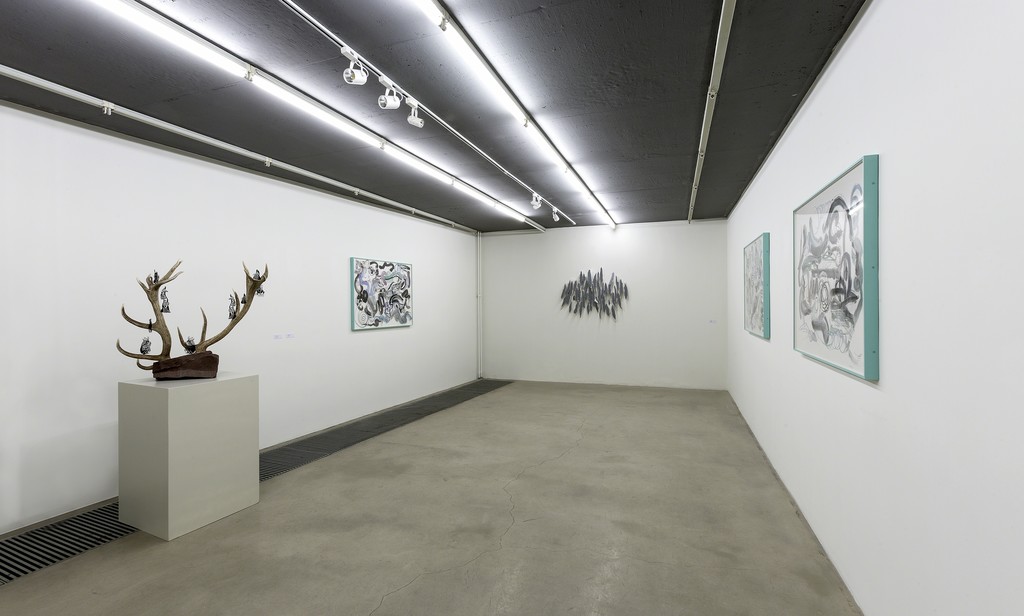 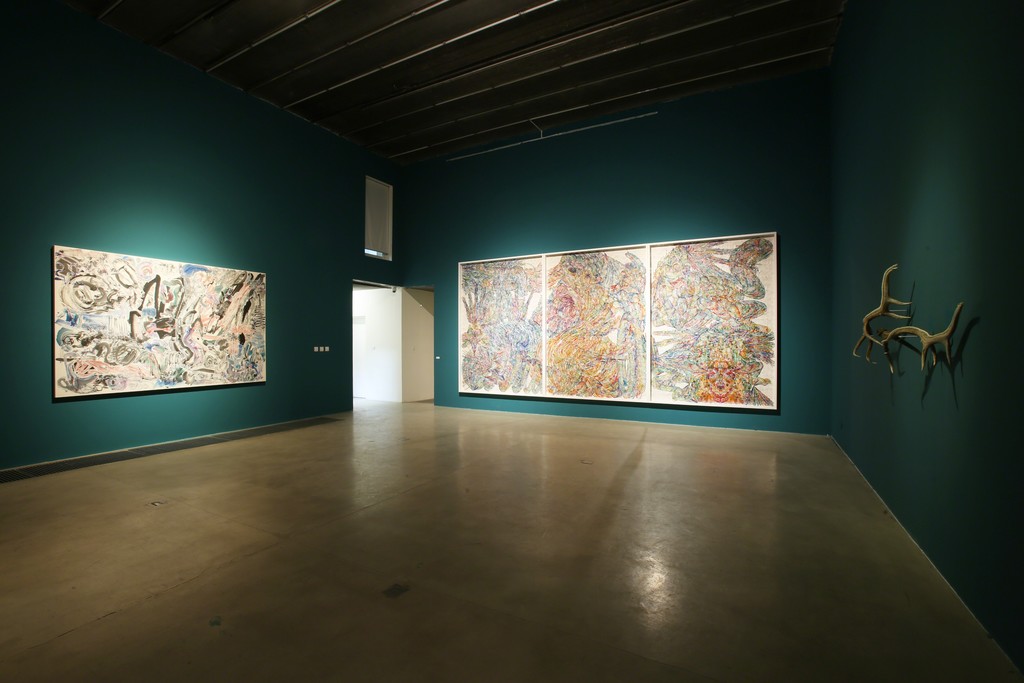 Chambers Fine Art is pleased to announce the opening on May 14 of Ten Thousand Things: New Works by Wu Jian’an. For his 5th exhibition at Chambers Fine Art, Wu Jian’an continues his investigation of the arcane subject matter that has developed in tandem with the increasing complexity of his technical procedures. For his first exhibition of paper cuts at Chambers in 2006, Wu was responding to a contemporary social issue, the SARS crisis, but in recent years he has found inspiration in a wide range of classical and esoteric texts with a notable preference for the Chinese classic, Journey to the West. This fabulous tale provided imagery for his 2014 exhibition Transformation in which a new predilection emerged, the relationship between the one and the many, the individual and society.

The current exhibition derives its title from the influential book Ten Thousand Things: Module and Mass Production in Chinese Art by the German art historian Lothar Ledderose (2000), an investigation into the use of modular or standardized production systems throughout the history of Chinese art, in bronzes, porcelain, and architecture. While not referring to the book directly, Wu found a striking parallel between his own working method and Ledderose’s perceptive commentary on the procedures used by Chinese artists and artisans over thousands of years. As Wu explored the furthest reaches of which the paper cut was capable, a single unit or groups of related units still provided the building blocks from which his dazzling individual works or installations evolved.

This approach characterizes the four major works in Ten Thousand Things, each one conceived in a different medium. Like many of his earlier works, Ten Thousand Things consists of many thousands of small figures cut from paper dipped in wax although the overall effect is very different. Rather than assembling them into mask - forms teaming with life as in Three Thousand Years of Smiling Faces, Wu arranges them in much looser configurations. There are suggestions of human and animal forms, skeletons, birds, fish etc., but they appear only fleetingly, like images in clouds that disappear as soon as they have been identified.

In 500 Brushstrokes he moves into alien territory, ink painting on Xuan paper, but cuts the individual brush strokes from the sheet of paper and makes a collage from them on another sheet of paper. The artist has commented that unlike his paper cuts, each stroke is individual and that when they are reassembled, the form that emerges is not recognizable as a distinct image but rather as a unique whole.

In Shallow Mountain approximately 1500 old bricks are assembled on the gallery floor, each one carved and engraved by hand. Instead of being used as elements in a larger construction, each brick is given an individual identity, creating yet another consideration of the relationship between the individual and a collective identity. Big Skeleton utilizes conch shells as building blocks, each exquisite example of Nature’s diversity in the creation of identically organized forms further individualized with painted faces. In contrast with the other works in this exhibition, this accumulation of individualized forms results in the most distinct image of all, a monkey skeleton.

Wu Jian’an has emerged as one of the most challenging artists of his generation, developing a creative method that originated in the traditional craft of paper cut but that has grown significantly in complexity, enabling him to consider philosophical and political issues without abandoning the exotic visual appeal of his work.