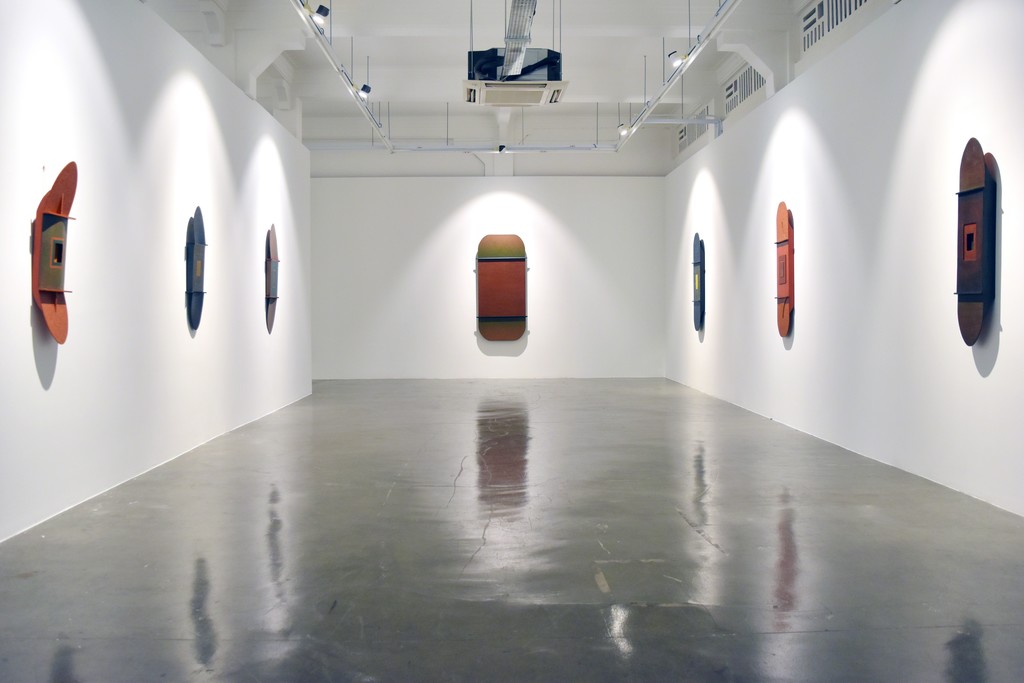 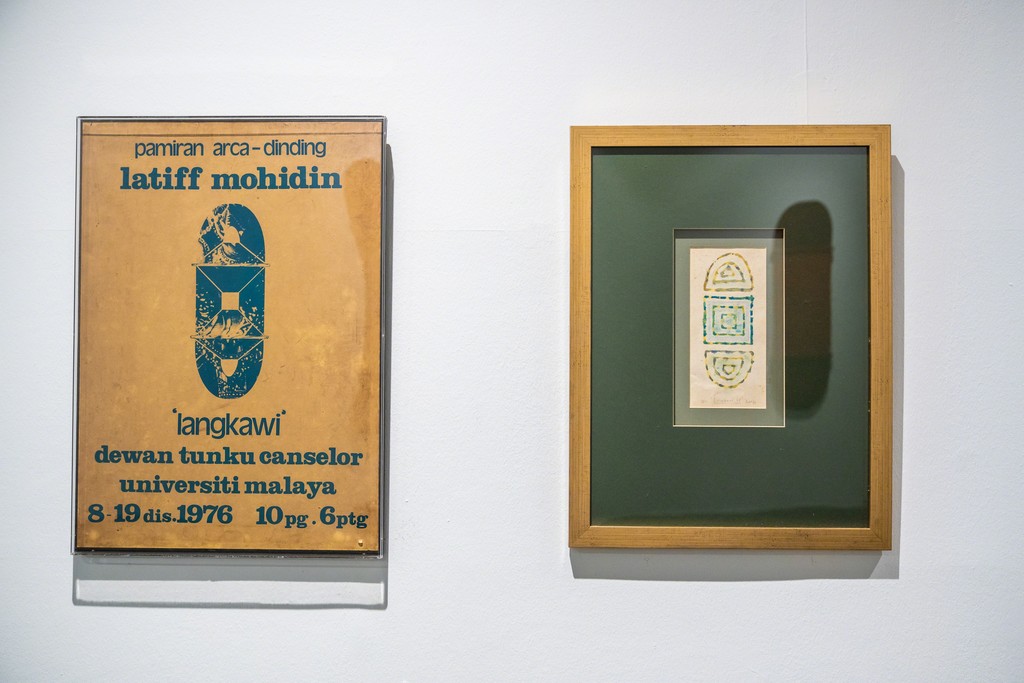 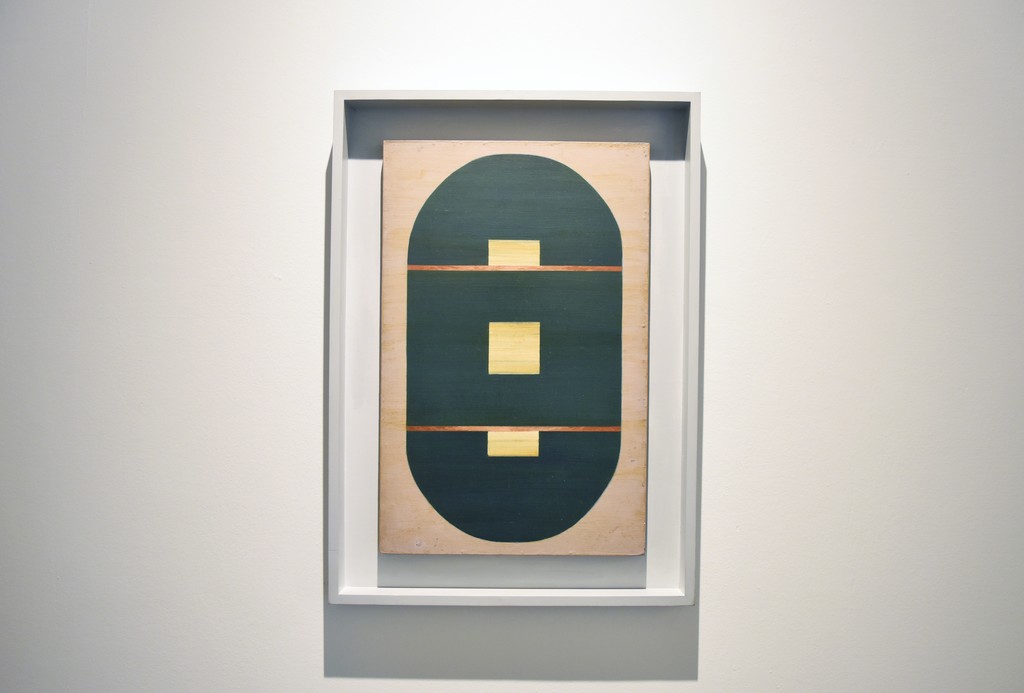 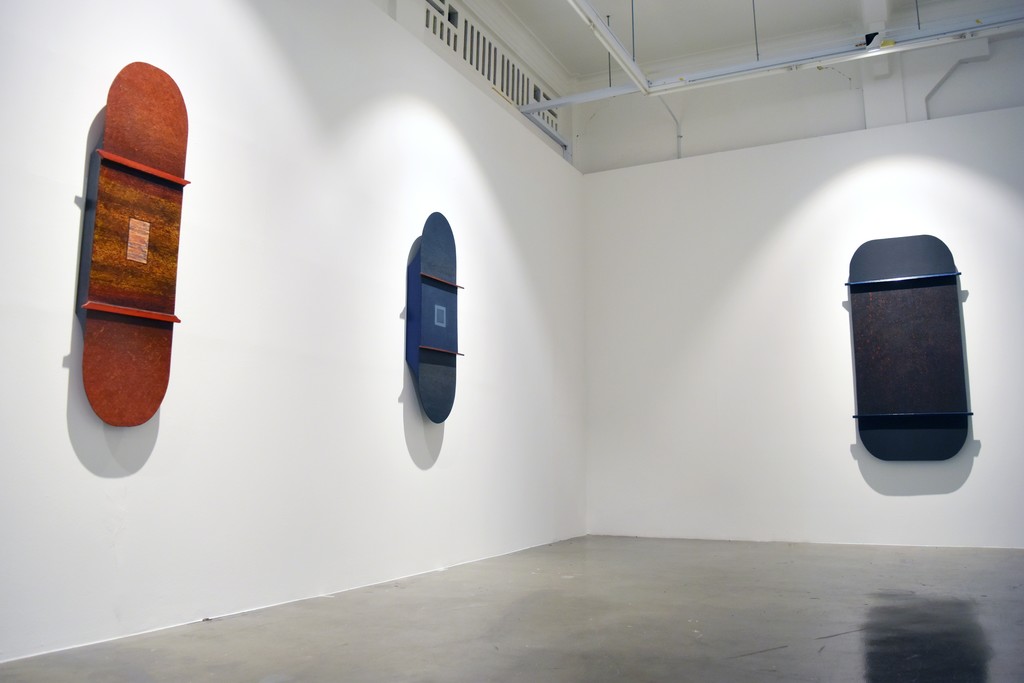 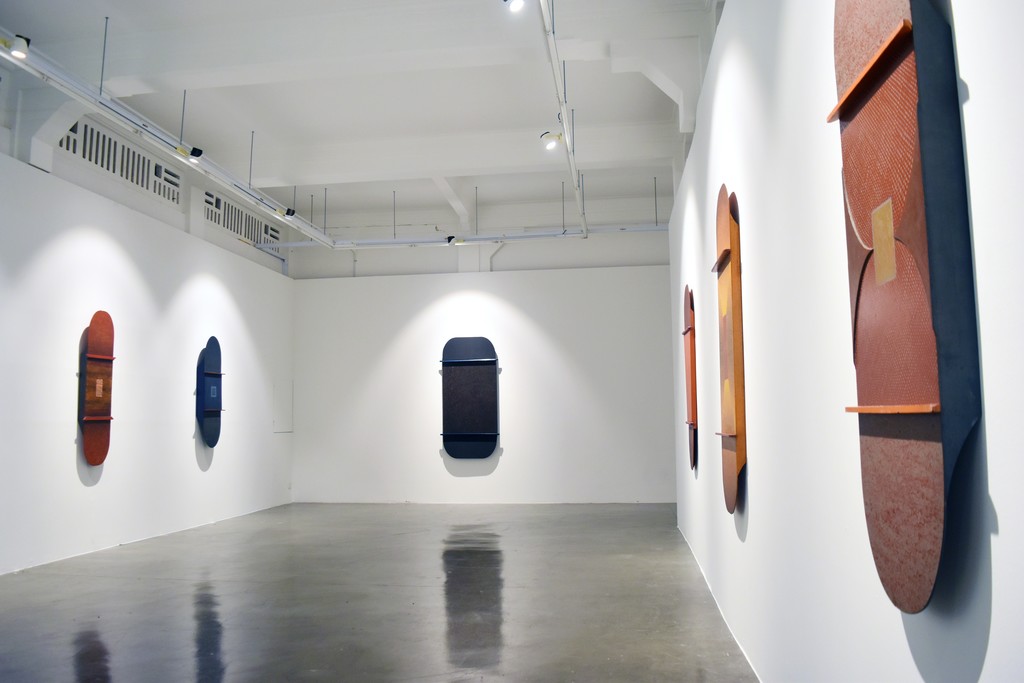 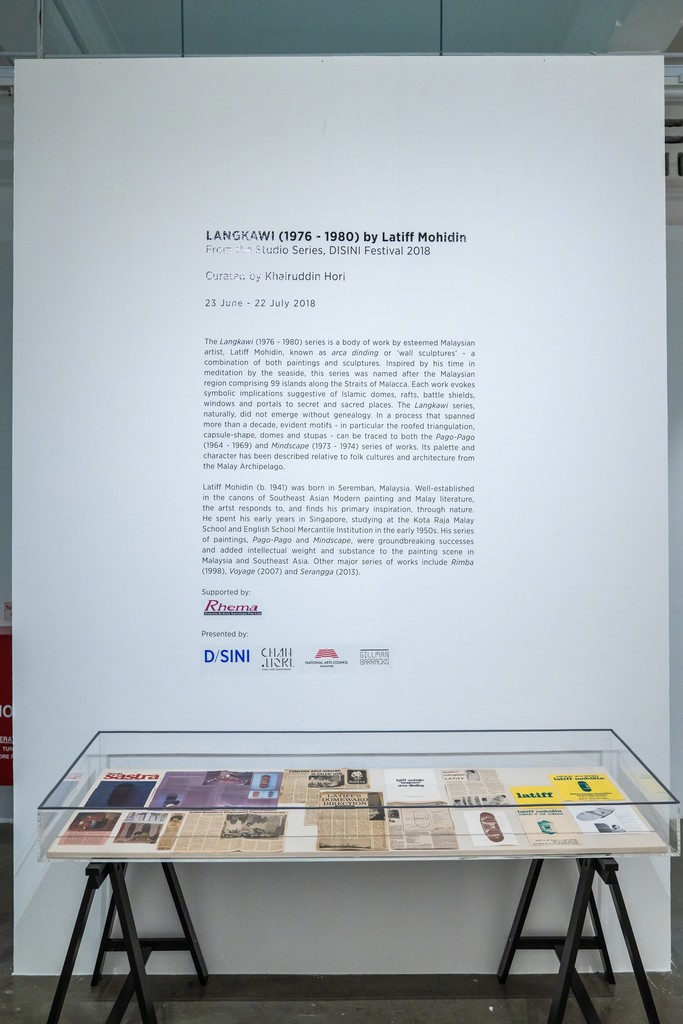 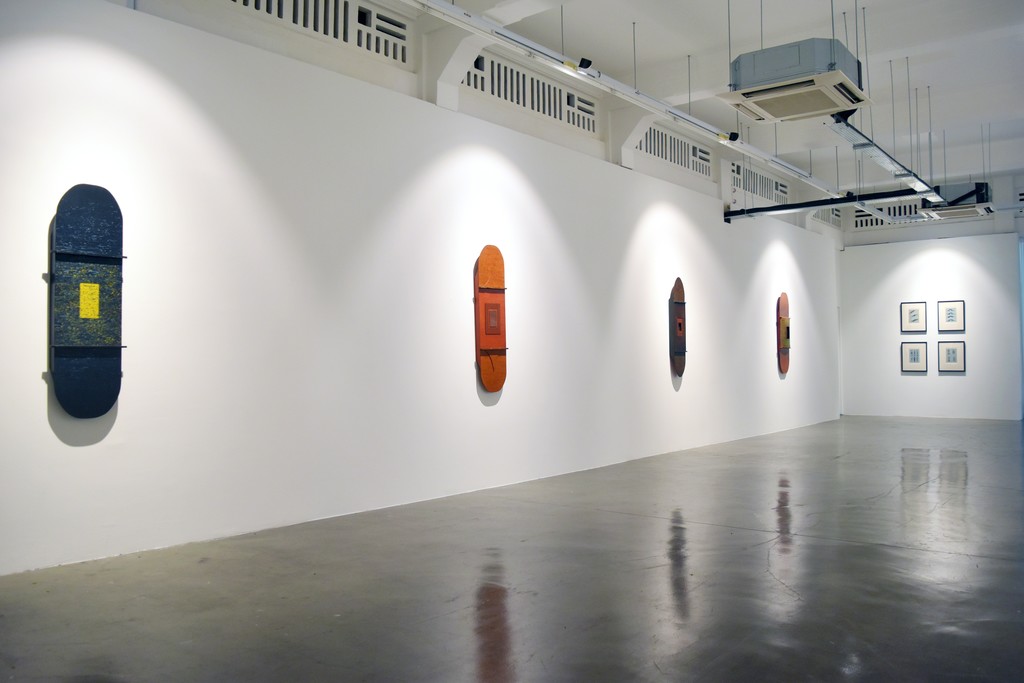 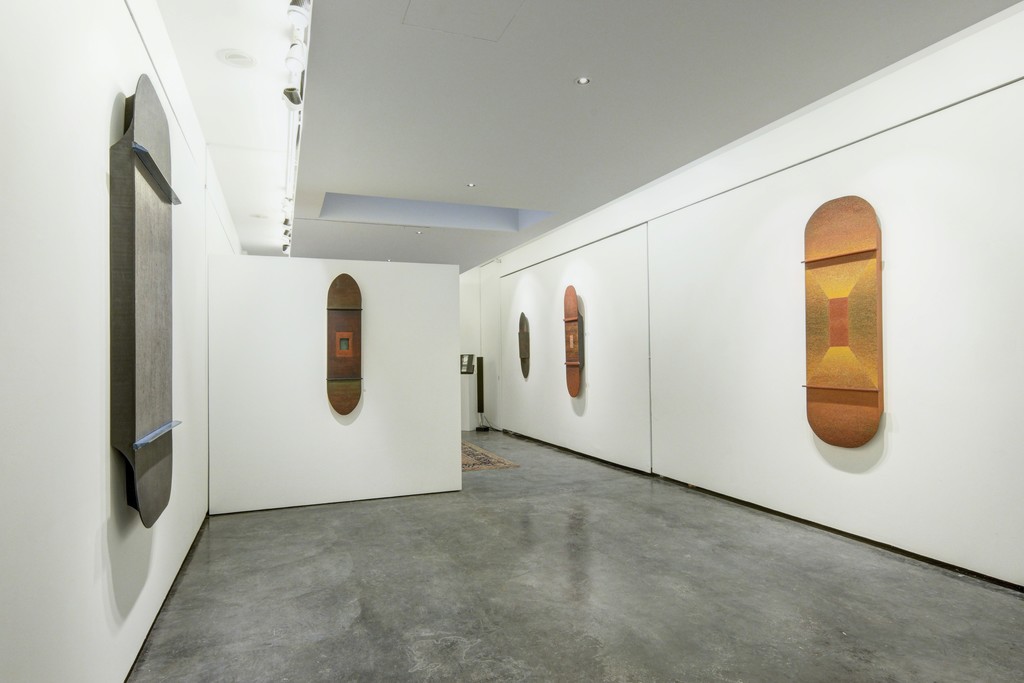 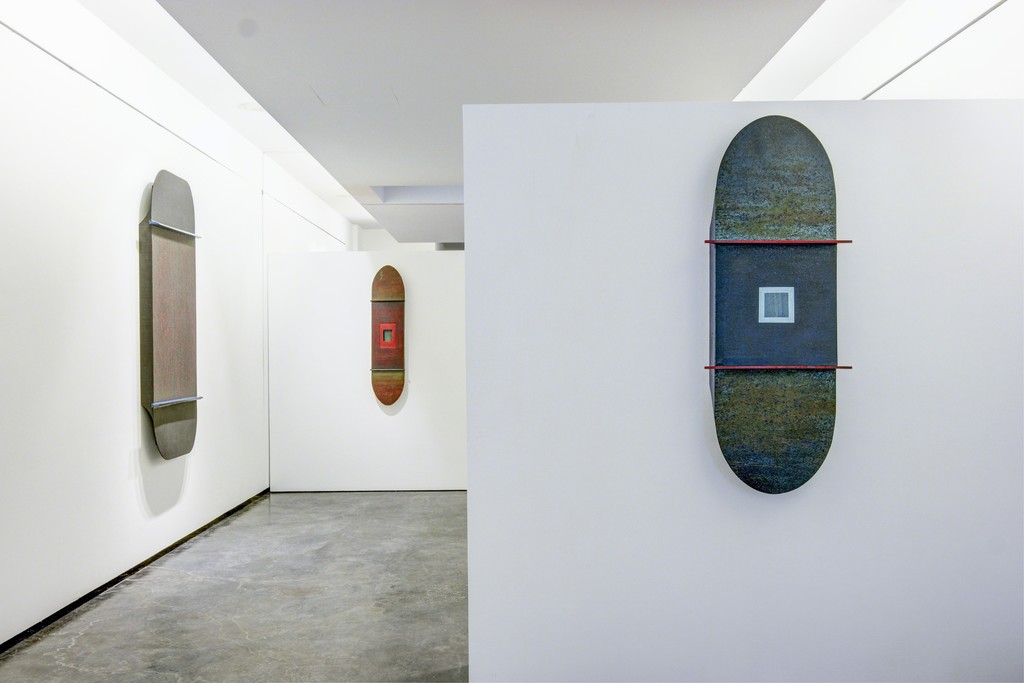 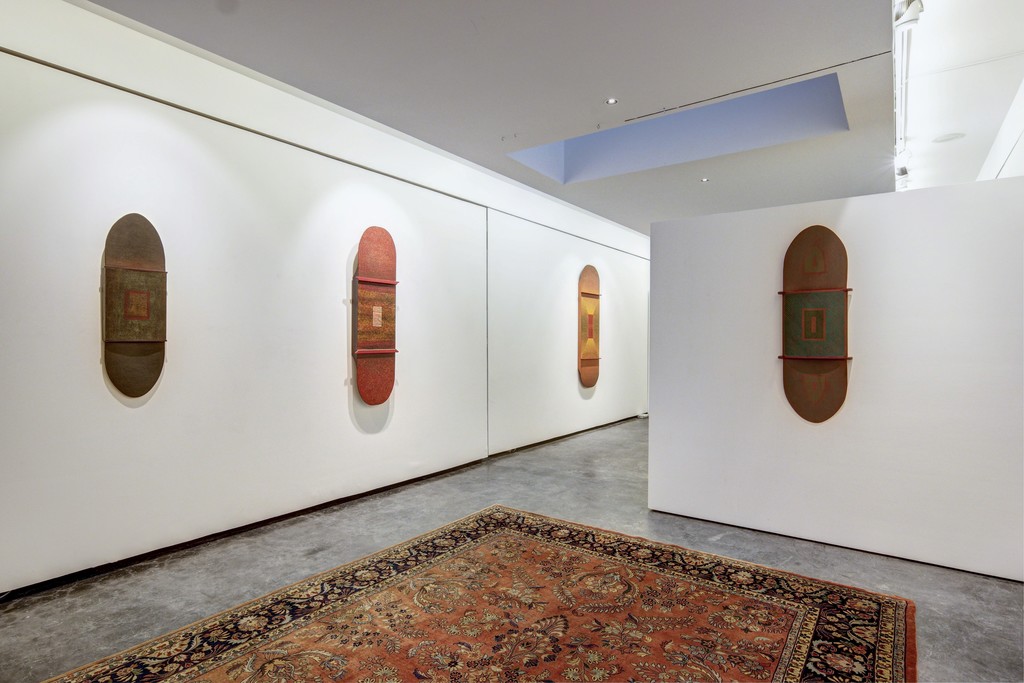 After delivering the groundbreaking Pago-Pago (1964-69) and Mindscape (1973-74) series that exhilarated the Malaysian art scene then, Latiff reemerged a couple of years later with Langkawi. Inspired by his time in meditation at the seaside, these ‘sculptural paintings’ named after the western Malaysian archipelago consisting 99 islands on the Straits of Malacca and is well known for its mythical tales and mystical landscape.

Unlike the commanding brush strokes and fluidity of Pago-Pago and Mindscape, Langkawi is reserved, calculated and meticulously composed. Sketch after sketch and drawing after drawings were drafted before Latiff’s artistic resolution is reached and wood is cut, assembled and finished to be painted. Each is graphic in design and evoke symbolic implications suggestive of Islamic domes, rafts, battle shields, wall plaques, windows and portals to secret and sacred places. Langkawi of course did not emerge without genealogy. In a process that spanned more than a decade, evident motifs, particularly the roofed triangulation, capsule, domes and stupa-like shapes could be traced and linked to Mindscape and the mid-1960s Pago-Pago. Its palette and character has been described relative to folk cultures and architecture from the Malay Archipelago. Through mastery in painting and carpentry, the sculptural form of Langkawi engages its viewer to step around and explore its protruding surfaces and distinctive outlines. And amidst its quiet and mindfulness, Langkawi affords its viewer pockets for respite and meditate like how Latiff himself did in seizing a pause from canvas painting in exchange for an alternative dimension.